Despite not being “known” for their metal-woods as much on this side of the pond, Mizuno’s new JPX-850 releases have garnered a significant amount of attention since they were first photographed. Regardless of whether it was the unique “Shockwave” sole or the bright blue crown, people got to talking, and that is never a bad thing.

Mizuno on the JPX 850 Fairway Woods:

The primary function of the JPX-850’s Shock Wave sole is to enable the entire club head to contract and expand on impact – delivering more of the energy from the swing to the ball for increased distance. The additional mass also lowers the head’s center of gravity, enabling easy launch from strikes direct from the turf.

There is a 4 degree range of loft adjustment possible within each fairway head (3/5/7) through the use of Mizuno’s Quick Switch shaft adjustability.

Though there is a significant amount of overall tech in any golf club, it is always fun to focus in on some of the “major” features from each release and break them down a bit more. For the Mizuno JPX 850 Fairway woods, there are two such features worth looking at, the Shockwave Sole and their “Quick Switch” adjustability.

The  “Shockwave Sole” of the JPX 850 fairway wood is by far and away the most noticeable design feature on the club and it’s also the most technological. Essentially this is Mizuno’s answer to the slotted clubhead design, one which by now all amateur golfers are familiar with. However, as opposed to slots we have seen from other manufacturers, the “Shockwave Sole” is much more of an accordion look with its multiple ridges. As with the single slot, the intention is to allow the entire head to flex more at impact both in contraction and expansion, thus leading to a better energy transfer and retention of ball speed across the face. It is more similar to the internal structures used by one of the other major companies than the single slots and it is simply exposed to show off the tech rather than hide it. 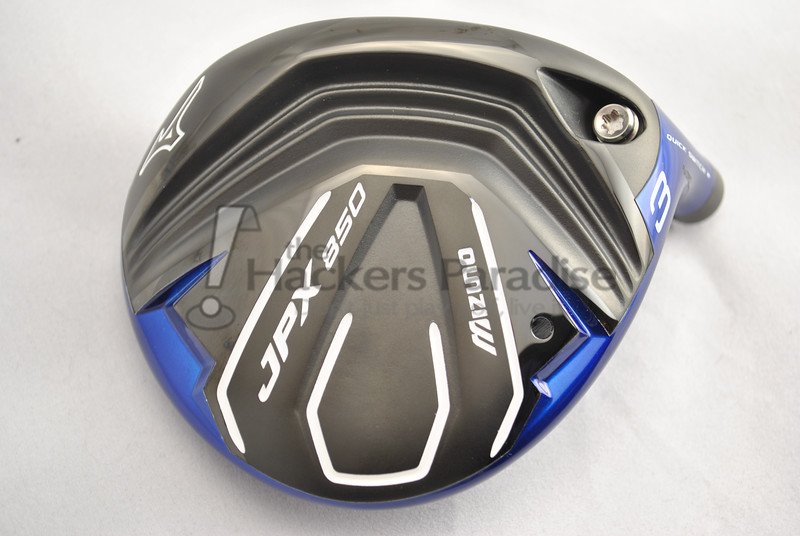 Another major addition to this line of Mizuno metal-woods is adjustability through their “Quick Switch” adapter tech. As with the “Shockwave” sole, this is a bit of catch-up for Mizuno as other major companies have been honing their adapters for some time now. With that said, Mizuno has developed a solid design which maintains a standard hosel size, something that other companies have really struggled with. Additionally, each fairway is adjustable to four degrees of range and this wide range of loft availability has truly allowed Mizuno to encompass many different setup options with just three clubs. 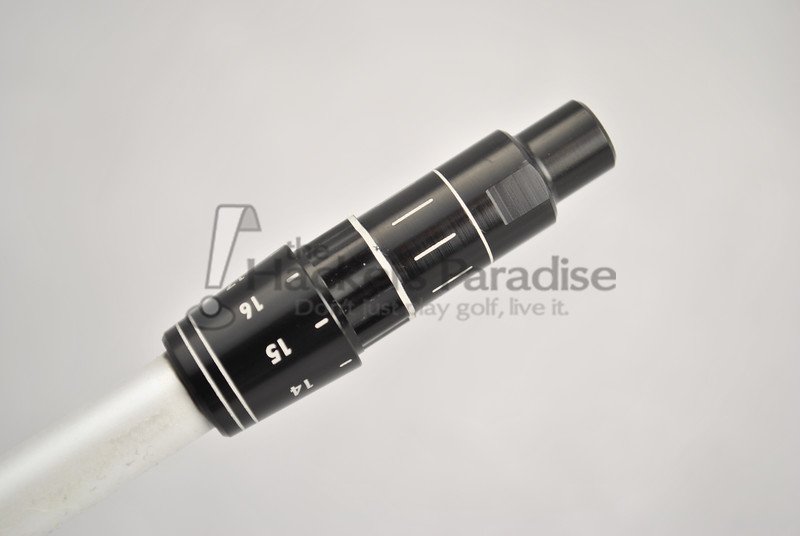 What grabs you most aesthetically with the JPX 850 fairway? That will be a simple one for most – the deep and glossy Mizuno blue. The head is one of the best looking shades of blue this reviewer has seen in person and since the initial preview pictures were released even the more traditional minded golfers have commented on the color in a positive manner. At address the club is also finished out with some small white based accents both heel side and toe side and from there the head features the Mizuno “Runbird” logo as its alignment aid. All of these features manage to also conceal the overall footprint of the clubhead as it is not as compact as some releases we have been seeing lately. Despite the head being a bit larger, the face is actually on the shallower end compared to most of the recent releases. 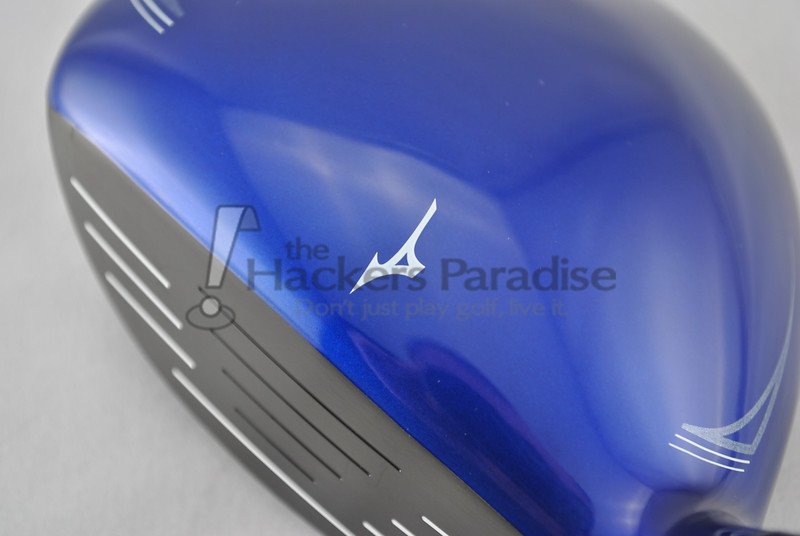 The sole of the club is where it gets a bit more abstract. Obviously the “Shockwave” feature on the sole is going to be the most immediately noticed portion, but overall there is a somewhat industrial quality here. The entirety is finished off in textured black with some white paint accents mixed in to show off the different angles of the design. It is those very angles that gives it that industrial quality, but in a very positive manner. As far as aesthetics go, this one is a major jump for Mizuno and should appeal to many based on looks alone as it is overall a very confidence inspiring look. 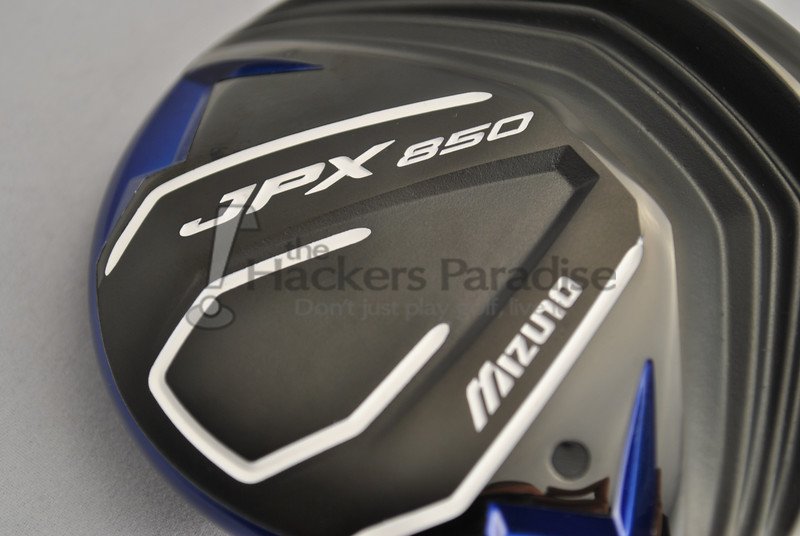 The Mizuno JPX 850 fairway was tested in a variety of settings and situations in order to get a complete feel for its overall performance offerings. THP spent time with the JPX-850 3W fairway paired with the standard stiff-flex Fujikura Motore shaft for testing.

The JPX-850 fairway from Mizuno features a definite metallic sound at impact. With that said, the ‘tink’ that it puts off does not feature the hollowness or reverberation that would classify it as harsh or obnoxious, but rather it has a solid and quick sound which the majority of users should have no problem with. Furthermore, the compression sensation off of the face is a big ‘feel’ change for Mizuno. The “Shockwave” sole seems to really aid in making it seem that the ball jumps off of the face very quickly regardless of where impact is made. As an aside to that sensation however, the overall feedback to the user in terms of where on the face the strike occurs is very blurred. Basically, there is less of a definite/finite notification of misses in relation to how a center strike feels, which seems to be the trend with the entire JPX-850 lineup 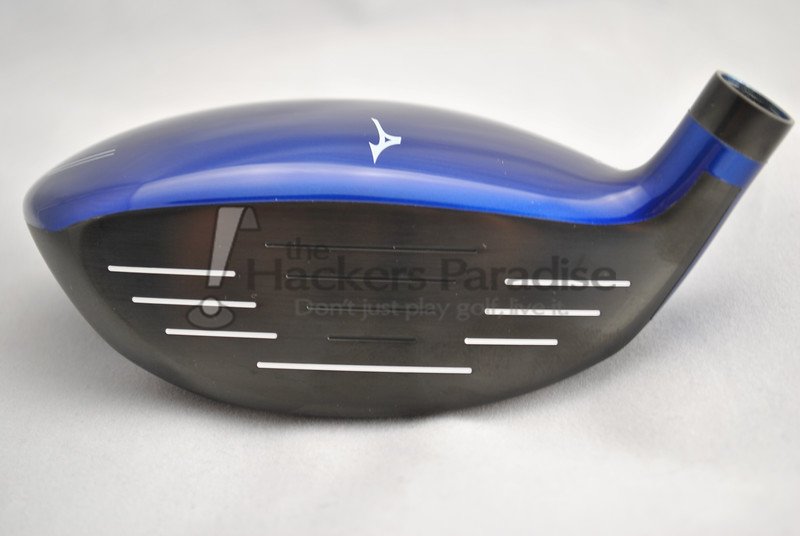 Testing showed the Mizuno JPX-850 and 67g Fujikura Motore pairing to be a very nice launcher of the ball. The club particularly shined off of the deck, offering a penetrating high ball flight, moreso than several of the other recently released fairways this reviewer has tested. Interestingly, off of the tee it maintained a much more mid-high trajectory but with the same penetrating tendencies seen off of the deck. This is likely in part to the slightly more shallow depth of the face. 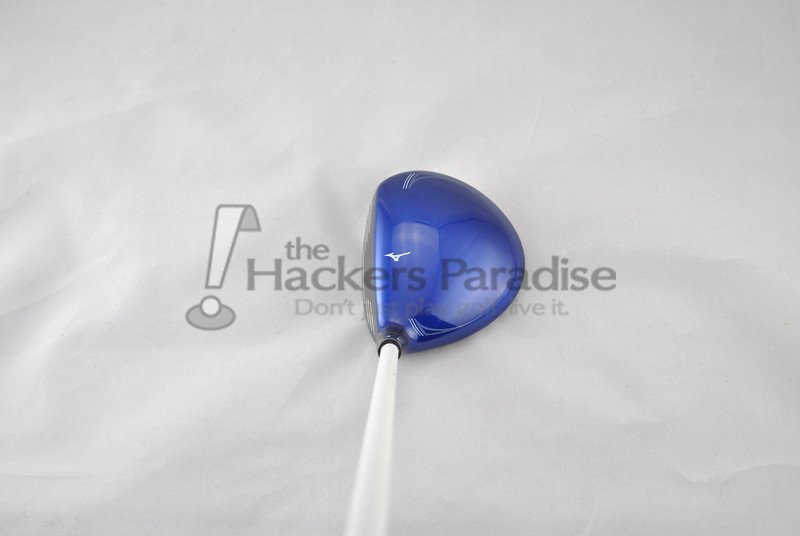 In terms of workability, the JPX-850 fairway showed the ability to turn the ball over as well as manipulate the overall ball flight, though flighting the ball down into the wind proved to be the most difficult to attain. The 850 really wants to get the ball up, and in reality this will be a good thing for the majority of amateurs out there.

Also, kudos to Mizuno for moving away from the stock shaft being their “Orochi” offering and instead electing to go with the Fujikura Motore that is a proven performer and a great paring with this head in looks and performance. 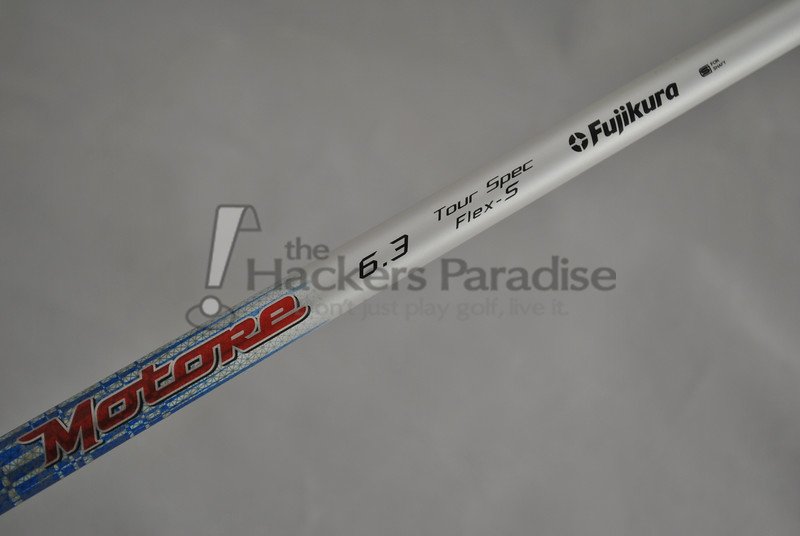 The JPX-850 fairway offered decent distance off of the tee but shined the most off of the deck where it competed with almost all of the current fairway releases in overall carry numbers. This all comes back to the impressive ball flight that was seen, allowing for maximum carry and easy elevation from the turf. Some of this may come back to the overall playing length of the club, which teeters on being too long, but is clearly just continuing in a trend we are seeing all over the market. All said though, this is a significant improvement for Mizuno in the fairway wood realm. It at least competes in distance and that is something that could not be said about prior releases. 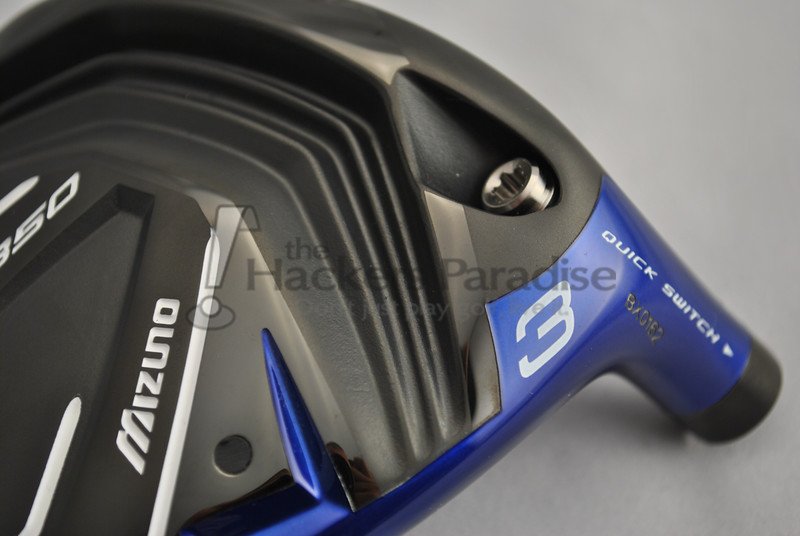 With the big selling point being that “shockwave” sole and its effects on the launch and ball speed for golfers, much intrigue fell on the forgiveness factor. Testing indicated a decent retention of ball-speed on strikes across the face, with the best numbers being seen high and low. With that said, this reviewer expected better on heel-side and toe-side impacts. While not low by any means, retention here did fall behind other slotted clubs it was compared to by a fair margin. On the course, toe shots were met with a fairly accentuated “toe-draw” tendency while shots off of the heel saw the most distance loss. With all of that said, when it comes to forgiveness the JPX 850 isn’t going to lead the pack, but it also isn’t falling significantly behind either. There are simply some areas that could be improved with refinement as with any club. 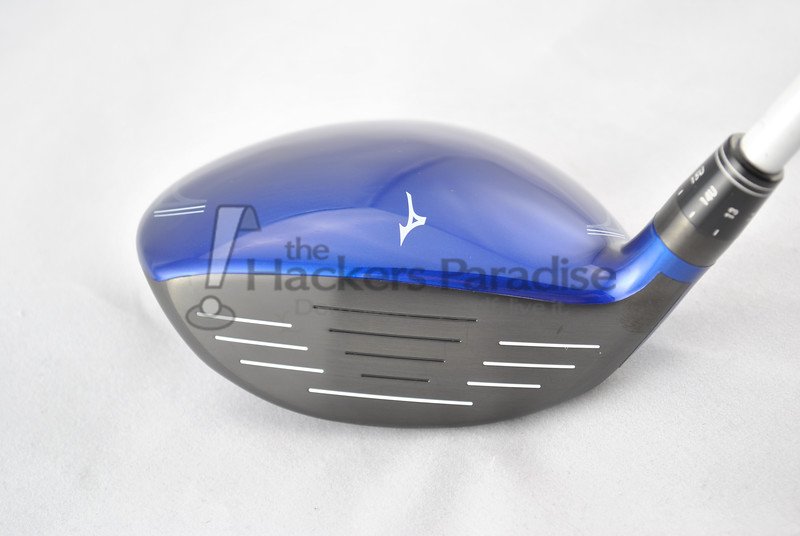 For this reviewer, testing showed that the JPX-850 is a significant jump for Mizuno all-around. Though it may not be at the top of the list in the different performance categories, it also doesn’t really come up short in any of them. There are areas where future improvements could be made, but what sticks out most is that this is a release from Mizuno in the metal-wood category that is legitimately worth mentioning and being tried out. In fact, thanks in large part to its impressive abilities off of the deck it could very well be a nice addition to the bag for many who place an emphasis in their game there. It will be very interesting to see what the future holds for Mizuno here and how they choose to continue evolving the various tech they have put out there in the JPX-850 line of woods.

The JPX 850 fairway has a retail price of $249.99 in its stock setup and more information on it as well as the rest of the JPX 850 lineup can be found on the Mizuno website at www.MizunoUSA.com/golf.