Having a complete line of clubs that reaches the different segments of the golfing population is mutually beneficial to both equipment manufacturers and consumers. Mizuno does its best to hit all different player demographics by bringing a rather larger number of iron sets to the market. A lot of attention gets paid to their MP line of forged blades and muscle cavity irons, but they should not be the only irons to draw the eye of consumers. For 2016 Mizuno has released a refresh of JPX EZ irons. Featuring updated looks and some fresh technology packed into them, Mizuno has produced perhaps their friendliest iron in recent years. 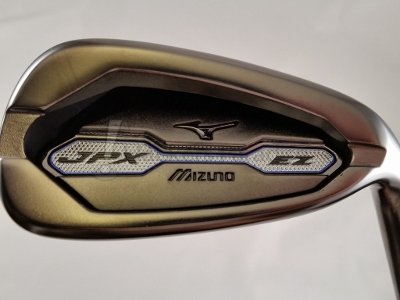 The JPX EZ combines the amazing distance from our Hot Metal face design with the unbelievable forgiveness of our Power Frame Dual Pocket construction.

Along with the ease of launch trajectory, the JPX EZ delivers amazing feel through Mizuno’s Harmonic Impact Technology (H.I.T.).

Mizuno has manufactured many iron sets over the years that always rank very high in the looks department. The 2016 version of the JPX EZ brings back the more traditional blue colorway that was cast aside for the burnt-orange that filled the cavities of the 2014 JPX EZ irons. In what is a welcome return, the blue and silver badging pair up nicely with the black-nickel finish which, to this reviewer, looks fantastic. The black nickel does a nice job of reducing glare that a player might encounter when playing a traditional chrome finished iron. When it comes to wear, the finish doesn’t exactly wear off, rather than just get a little lighter in tone. These certainly have the markings of an iron that will age well throughout their life span.

The JPX EZ irons are designed to produce high ball speeds, high launch, and offer an extremely high amount of forgives. To help accomplish this Mizuno takes an approach that is not uncommon in the golf industry. The iron head itself is very large, both in blade length and frame design. The topline is medium to thick with a very noticeable amount of offset. Keeping up with the trend, the soles of these irons are quite wide. These design elements come in to play when talking about the technology that is built in to these club heads.

Producing an iron with the mid to higher handicap player in mind, means that the focus on certain areas differs slightly from clubs aimed at the lower handicap player. Therefore, terms like ball speed and MOI tend to get highlighted more when talking about the makeup of a set. For the JPX EZ irons, those are two areas in which Mizuno has focused on.  What their engineers have done to produce this lineup could show some great dividends for its target audience. 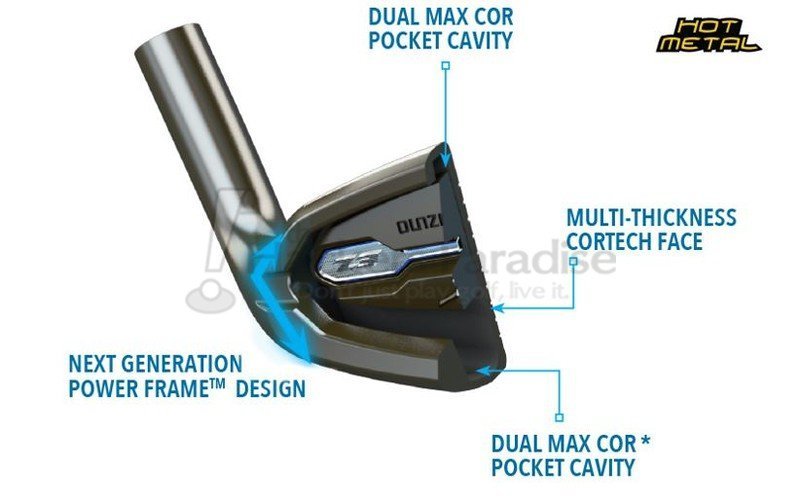 Ball speed is one of the many factors that helps a player achieve distance. To assist in producing the maximum amount of ball speed from these irons, Mizuno has pushed the envelope in areas that they have not yet reached when it comes to their game improvement irons. One of the tech features of the JPX EX is how Mizuno has thinned out the walls of the iron cavity when it comes to the top line and the sole of the club. In fact, according to their research and development (R&D) team, they have thinned out the sole so much, that the numbering of the club had to be placed out on the toe because frankly there is not enough mass on the sole of the club. By thinning out the areas in which Mizuno has, it will help increase the rebound effect of a golf ball coming off of the face of the iron, helping to produce shots that carry high ball speeds.

With the weight savings that were given by the thinning of the top line and sole, Mizuno was able to push that material to the heel and toe areas of these irons. While the face will have that stronger rebound effect, by placing the extra weight on the inside and outside of the club, it helps create a club head that is incredibly stable throughout contact. Couple this design with the dual pocket cavity, and the JPX EZ sets up to be one of the more forgiving options on the market. 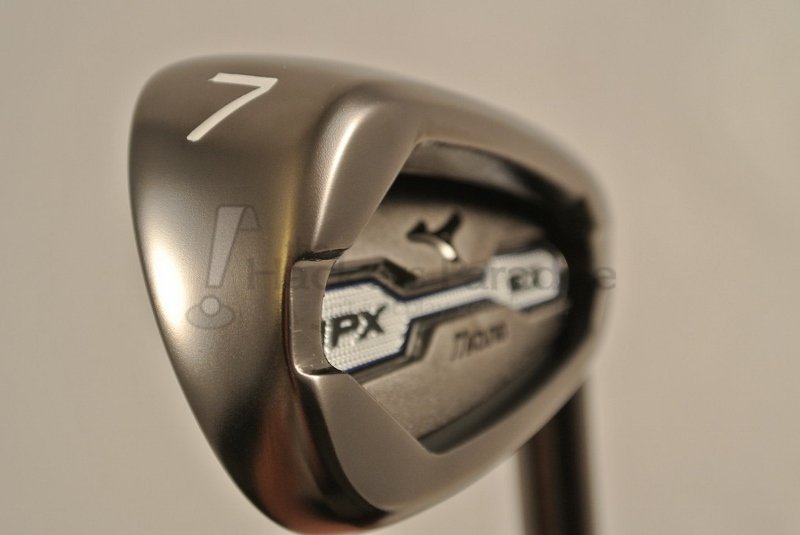 With the thinner face and sole, these irons achieve what Mizuno R&D set out to make, an iron that is going to provide plenty of ball speed all over the face, and thus produce strong yardages. When matching up these irons to others on a launch monitor, they put up one heck of a statement. Distances were not the longest, although they were not that far off. With a proper fitting, it’s not inconceivable to squeeze out a few extra yards and vault them towards the top of the list. 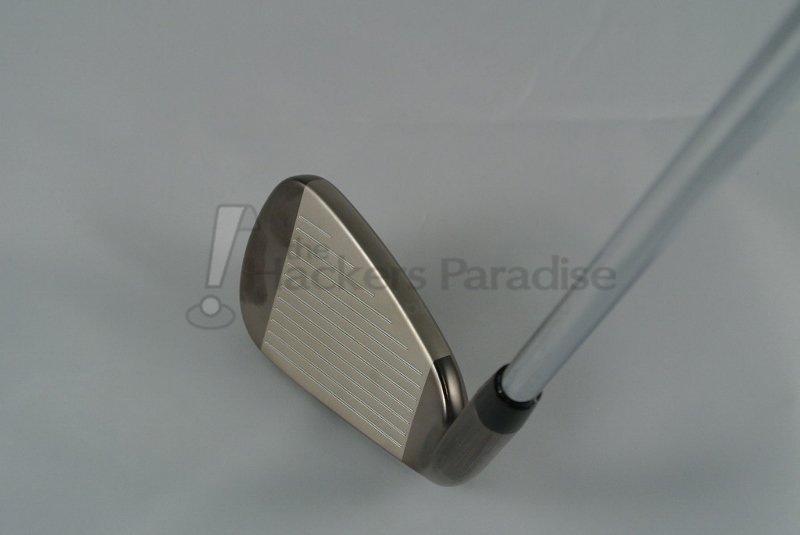 Consistency and forgiveness were both areas in which these irons proved to be an excellent option for those who tend to find areas outside of the sweet spot. When contact was made around the sweet spot, the carry yardages were very consistent, often within a few yards of the previous shot. Shots that were fired off towards the toe did manufacture a toe-draw shot shape, and yet still had plenty of oomph behind it to get the ball within a relatively close yardage to what a player was aiming to hit. The forgiveness on these irons really did stand out in the crowd, something Mizuno has to be proud of.

Trying to work the ball with these irons was not the easiest task to take on. Designed to fly high, trying to manipulate the flight vertically was a pretty steep challenge. If one is looking within the EZ lineup to find a set that makes it a little easier to work the ball, they might be better served with the JPX EZ Forged.

Perhaps looked at as only a design feature, the wide soles on the EZ irons proved to offer quite the benefit to players who took some swings with them. The sole design did its best to prevent any kind of digging when swings became too steep. The beveled leading edge aided in turf interaction, giving a really nice smooth sensation when it came to cutting through the turf. On well stuck shots there was a solid feeling of the sole of the club interacting nicely with the ground allowing the ball to get up in the air with little effort. After spending countless hours on the range and course with these, it’s no wonder the name of the irons is the JPX EZ. 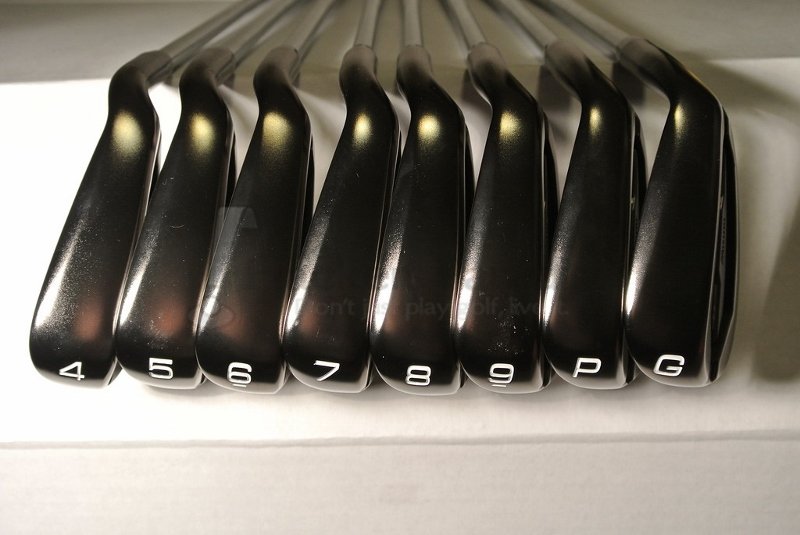 Mizuno has gone with a familiar shaft pairing to provide optimal results with the EZ irons. Using True Tempers XP 95 shafts, one should expect to find a high launch, while also getting a combination that will spin more than what consumers will find from True Tempers most popular golf shaft, the Dynamic Gold. The pairing works wonderfully as the combination of the high launch shaft, with the higher launch characteristics of the EZ irons, produce shots that get up in the air and provide plenty of carry distance.

Keeping up with the company’s slogan that nothing feels like a Mizuno, the EZ irons sport what some might consider a best in class feel. Since feel is distinguishable by sound, it makes sense that one of the tech features that Mizuno highlights in these irons is their Harmonic Impact Technology.  At the moment of impact players can expect to hear a more muted or softer sound than many other irons of similar build. It translates in to a club that provides a feel that golfers would more likely associate with a more player’s style club. 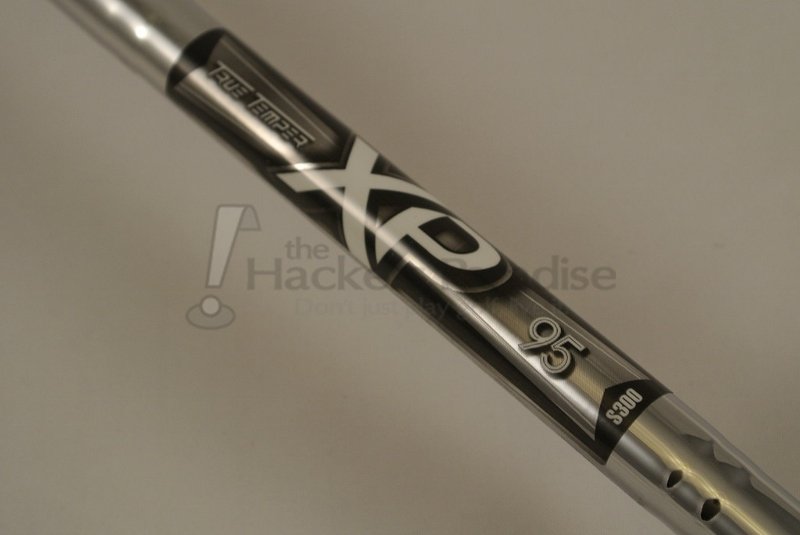 Amongst the many things that Mizuno’s EZ lineup does well is provide a look and performance that will inspire confidence when setup behind a golf ball. Both the JPX EZ driver and irons achieve that, and do so with ease. According to Mizuno, these irons should be a good fit for players with a handicap of 10 or higher. However, the addition of the JPX EZ Forged irons might have a little more appeal to those closer to that 10 range. Features like a thicker topline and more prevalent offset might not be the look that many are looking for, but for players who can use those designs to their benefit will certainly enjoy what these irons have to offer. The JPX EZ irons can be purchased for $799. More information on these irons, as well as the other members of the EZ line can be found at www.mizunousa.com.