Nike RZN Tour Black has been introduced to the world with the slogan “Absurdly Long. Forgiving because the golf course isn’t.”  A selling point and sentiment most golfers would agree with, this RZN ball is designed for the higher to moderate swing speeds and is geared towards lower spin with distance.  This compliments the RZN Tour Platinum, which offers mid-spin and is designed for control. 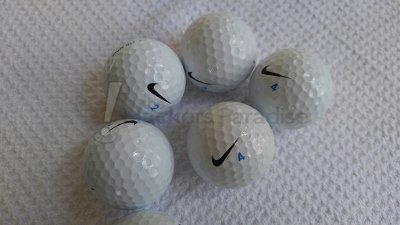 One of the immediate design elements of the Nike RZN Tour Black golf ball would be the micro dimples that surround the urethane cover, however to the untrained eye on a golf course, these dimples could very well not exist without really trying to see them.  This is great news for the more traditional minded golfer who is not interested in any overly unique cover visual.  Upon closer inspection, these tiny dimples are very much present, with the intention of increasing greenside spin and control. 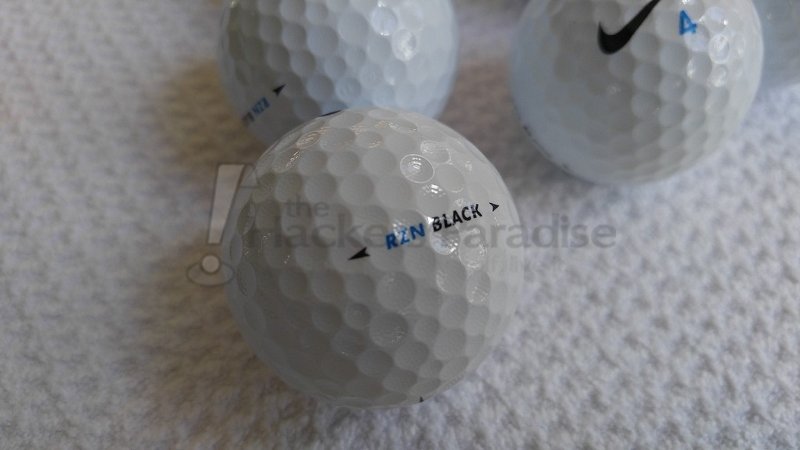 The Nike RZN Tour Black has a fairly typical urethane cover feel to it, which is essentially a softer responsiveness when poking at it with a fingernail, and it also has a bit of a gummy tack that is all too common.  With that in mind, the ‘tack’ or grip of the ball as one puts pressure on it and tries to drag their finger around the ball is not as noticeable as some of the other tour level offerings on the market.

There is a nice element of ball mashing generated from the Nike RZN Tour Black, which lends itself to the potential for some added forgiveness, but does not oversell the ball as being aggressively limited on spin.  Poor strikes of the ball are met with predictably offline flighting, however there is nothing to suggest that the RZN Tour Black is increasing forgiveness against another low spin tour ball to the naked eye. 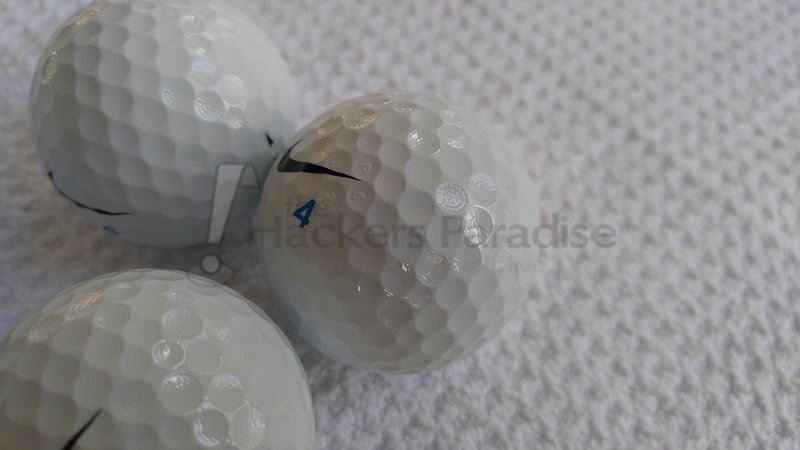 Of all the elements of the Nike RZN Tour Black, the lowest end of the effectiveness spectrum would likely be the spin around the green.  While there is certainly the ability to introduce action on shots surrounding the green, it does not seem to be as present as has been seen with comparable offerings.  This is a fairly typical cost of dealing with lower spinning distance balls, and would not ruin the value of the RZN Tour Black thanks largely to the effective action on full swings.  In fact, a majority of the mid and even long irons shots stopped on a dime, with the full swing wedges introducing a modicum of action when spin was intentionally placed on the approach.

One of the most impressive elements of the Nike RZN Tour Black golf ball is the strength of the cover.  For numerous balls during testing, full rounds were played with very minimal scuffing or cover wear beyond the typical scratches that are unavoidable on things like rocks or cart paths.  It would be very conceivable to play numerous rounds with the same ball without having an overly visible gash or scar on the ball.  Included in that experience was the lack of discoloration on the whiteness of the ball, which maintained a strong consistency even after a round of play. 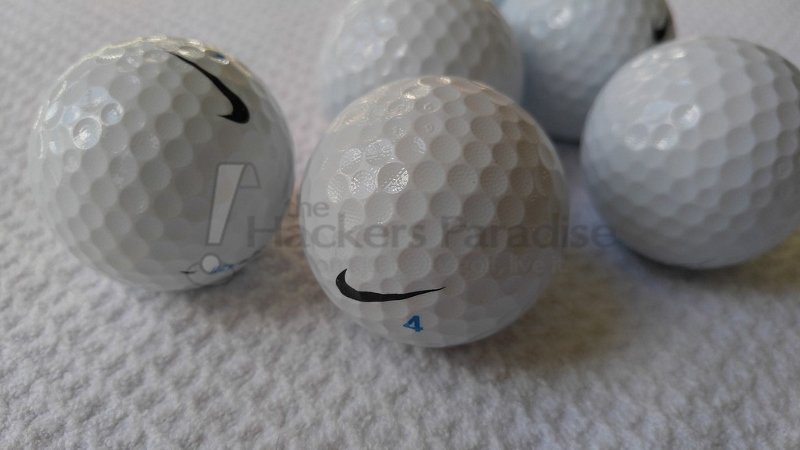 Despite the overall resilience of the ball, it did seem like the micro dimples were attracting dirt more than a typical ball would, which would both lend itself to the understanding that the dimples may be working well, and encourage anyone gaming these balls to grab a damp towel for the round to make sure the RZN Tour Black is clean around the greens.

Nike has incorporated the intriguing micro dimple design with their RZN technology to provide golfers with a tour level distance ball without compromising soft feel.  In this execution, they have also produced a ball that is impressively resilient to the wears of a typical round (cement excluded), and can be considered for additional rounds without much scaring.  For more information on the Nike RZN Tour Black, visit www.NikeGolf.com.