Nike Golf’s momentum of non-stop innovation is on show in full force this week at the company’s Global Innovation Summit in Orlando, Florida. The technology and design-filled event is being headlined by today’s introduction of what promises to be an industry sensation. Nike Golf is the first in history to bring high-speed cavity back technology to a driver that conforms to USGA and R&A Rules. 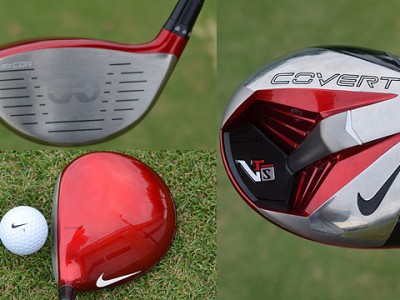 This visually stunning iconic red driver stands out as the most innovative club Nike Golf has ever produced. Its three proprietary technology platforms: High Speed Cavity Back; FlexLoft adjustability; and NexCOR face, combine to create unprecedented distance, control and forgiveness.

In addition to dramatically enhancing performance, the VR_S Covert wow-inducing design and engineering also simplifies the consumer’s retail experience, since the FlexLoft adjustability system allows for the driver to easily be changed to any loft and any face angle at any time. This creates 15 different options in one single club to meet the various swing characteristics of golfers.

“With the VR_S Covert we have created a game changing piece of technology that has already begun a growing industry buzz,” said Rob Arluna, Nike Golf’s Global Golf Club Business Director. “It is visually exciting, it feels and sounds amazing and, most importantly, it creates powerful results with a high degree of control. Golfers and our Nike Golf Tour athletes are going to have a lot of fun with this driver.”

The High Speed Cavity Back in the VR_S Covert is a technology used in irons and now brought to drivers, fairways and hybrids for the first time by Nike Golf. This technology leads to more stability at impact, which delivers more energy to the ball, resulting in more distance and control. The Cavity Back is only visible from the sole view but is covered and hidden underneath by the crown to be more visually and pleasing at address – hence the name VR_S Covert. By incorporating this new hidden geometry into the driver, Nike Golf engineers have been able to move the weight of the club to the heel and toe of the golf club, raising Moment of Inertia (MOI) to increase forgiveness and add even more distance to off-center shots. 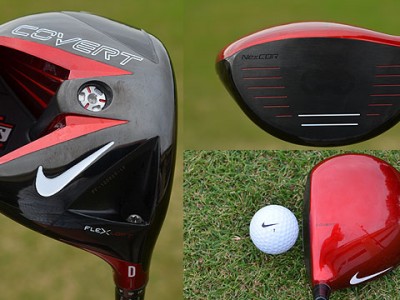 Nike Golf’s FlexLoft is a simple pull, turn, and push/tighten mechanism that allows for an intuitive adjustment system. The patented Dual Axis adjustment allows golfers to choose their loft and face angle independently of each other by decoupling loft from face angle. This all leads to better ball flight for more distance as well as enhanced workability. This easy to use system gives the golfers 15 different options to suit their game and course conditions.

The NexCOR face technology featured in the VR_S Covert line is designed to deliver faster ball speed and longer shots from a wider area of the face. NexCOR creates more speed at impact by employing a variable face thickness that moves the sweet spot higher from the heel of the club to the center high, where most golfers are likely to make impact.

Key Technologies
High Speed Cavity Back – Industry First in a conforming driver.
FlexLoft Adjustability System – Any Loft. Any Face Angle. One Club for All.
NexCor – The New Face of Speed.

The Mizuno Experience Explained and Finishing with Tony Finau