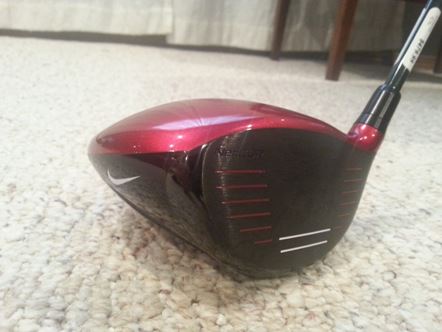 What do those words mean to golfers when it comes to selecting our next driver?  One means a lot – innovation.  The other, buzz, doesn’t mean a great deal to me personally, but it can be very important to move product in the ultra-competitive business of selling golf clubs.   Innovation and buzz are two words that immediately come to mind when I think of Nike Golf products and that has never been more true than early in the 2013 season.

Nike Golf is still quite young when compared to some of the other long-in-the-tooth equipment companies fighting for spots in our golf bags.  One thing they have never been afraid to do is think outside the box. A few years ago they were one of the first major OEMs to drop a square driver on the market.  The engineers over at Nike are at it again, this time with the first ever cavity back driver in their new Covert and Covert Tour driver for 2013. 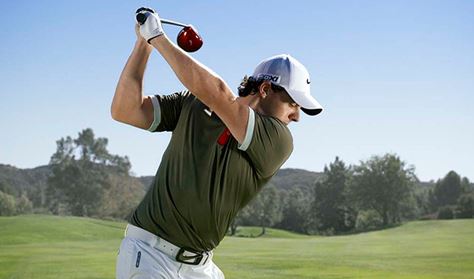 Buzz doesn’t help square up the club face at impact, nor does it increase ball speed, but it does move product.  The buzz coming from Nike Golf is at an all-time high early in 2013, with the huge announcement of the Rory McIlroy signing giving Nike the top 2 players in the world.  Throw in the fact that Rory has the brand new Covert driver in his bag and that just adds to the buzz of this club.  Will that buzz translate into a better driver for consumers?  Let’s find out.

From dictionary.com the definition of the word covert: concealed; secret; disguised.  That is exactly the case with the Covert driver from Nike as well.  By simply looking at the driver from address you have no idea what is going on.  Turn the club over and that is where all is revealed, but as you’ll see, there is a lot more going on with the Covert driver than just the cavity back.

With a hot zone that’s 45 percent larger, NexCOR creates more speed at impact with a variable face thickness that moves the sweet spot higher—from the heel of the club to the center high—where golfers are most likely to make impact. 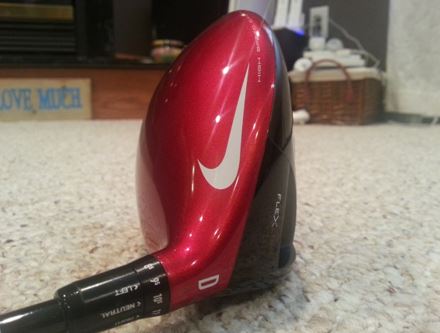 I consider these aspects to be very subjective and difficult to review because what may look, feel and sound great to me might not do anything for the next guy.  As far as I’m concerned, Nike nailed it with the appearance of the Covert Tour.  From address all you see is a nice deep red crown with perhaps the most famous logo in the world, the Nike Swoosh, towards the rear.  There is a minimal alignment arrow in the form of the word Covert in black.  The red and black colors make up most of the sole of the club as well.  The black face gives way to more black in the tip of the shaft before the Mitsubishi Kuro Kage blends into some gray graphics and disappears into the black grip.  The 430cc Covert Tour has a traditional pear shaped head that pulls together one of the better looking drivers on the market for 2013.

Sound is something that always gets brought up when discussing Nike drivers, probably because the sound of their Sasquatch line of drivers were quite possibly the most universally despised in history.  I actually love that driver, but the sound….not so much.  The folks at Nike got it right with the Covert though. After seeing the cavity back, I instantly expected that aluminum baseball bat sound, but was pleasantly surprised with more of a pleasing thud. Although a little higher pitched, it still sounds great.  Shots hit right on the sweet spot produce the best sound and it is something that I found very addicting as I continued my testing.

Feel is closely related to the sound for me and I found that to be true with the Covert as well. You hit a good shot and you get both a good sound and feel back from the driver.  One of my very first shots was caught high and very much toward the heel of the club. As you’d expect, the sound and feel was harsh.  Overall though, you get a great feel when you catch it right in the middle and the feeling is as good as any driver I’ve used. 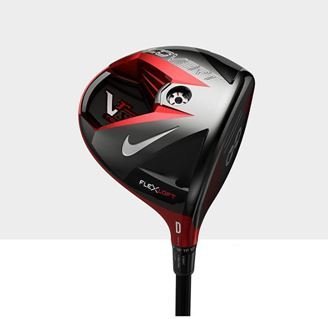 I am impressed with the performance of the Covert Tour.  Really, for me the club starts performing before I even start my swing.  This is because it sets up so nicely behind the ball that it immediately gives me the confidence that I will undoubtedly hit a good shot.  It seems like the trend lately has been to push high launch/low spin drivers and that’s probably fine for the majority of golfers.  Personally, I do not like launching my drives that high, so I’m happy to see that with the Covert it’s not a high launching driver.  I routinely hit mid launch shots that took off fast and the roll out will be outstanding when the ball hits the ground on the courses I generally play.

Numbers wise on the launch monitor my stats look very solid with the Covert Tour.  Numbers were taken from a 10 shot average.

I did most of my testing with the loft set to 10.5 degrees, but did change it for the purpose of testing. I found that my desired setting was in fact 10.5 degrees, which is a full degree to a degree and a half higher than I typically play.  The higher loft setting of the Covert did not result in sky high drives like I expected.  Changing the loft and face angle on the Covert is simple to do and does not take a manual or an app to figure it out.  Everything is labeled on the hosel and you can change settings in a matter of seconds.

This is my first experience with a Mitsubishi Kuro Kage shaft and I have to say that I really liked it.  I think it combines with this club head perfectly to deliver a great feeling driver that you can confidently go after shots without any concern of the shaft not being able to hold up.  I could feel the shaft delivering power through the ball at impact and with solid consistency and great feel to boot. I think this pairing is definitely a winning combination for Nike.

My first reaction to seeing media on the Covert driver was a little mixed.  I wasn’t crazy about the look of the cavity and I felt like they were trying to offer too much adjustability with the various loft and face angle settings.  I’m happy to say that in person the looks of the Covert, and especially the Covert Tour model I tested, are a lot better than what I initially expected.  In fact, from address there are few drivers that can hold a candle to it in the looks department as far as I’m concerned.

The adjustability is great, but how much is too much is what I keep asking myself here.  With 3 different face angles and 5 different loft settings I can’t help but think it’s a little overboard.  I personally have had countless adjustable drivers that once my go-to setup was found I never changed the settings again.  I can’t hold this against the club though. It’s more of a complaint with the way the entire driver market seems to be going these days than anything.

The Nike Covert Tour is a driver that gets noticed. During testing I had multiple people come up to me and ask about the club.  They had seen it on TV and they were intrigued, so that goes back to that buzz thing again. The buzz is certainly there for Nike with the Covert line.  Everyone has seen it and everyone seems intrigued.  I believe that everyone in the market for a driver in 2013 would be doing themselves a major disservice by not checking the Covert out.  The Covert Tour is available now for a price of $399.