Late last year Odyssey introduced the O-Works line of putters which presented their newest insert technology and blended it with Versa alignment as well as multiple tour proven shapes. Since that time, the Microhinge technology has taken off and PGA Tour usage has only continued to increase. Now, the company has decided to expand the O-Works line by adding the White/Black/White Versa color scheme into the mix, and THP was able to get the #7 version in for a closer look. 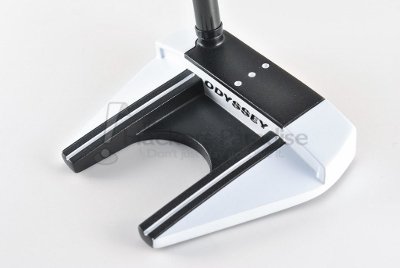 Odyssey on the O-Works Putter Lineup:

This new technology will change the way people look at roll off the putter face forever. Our Microhinge Insert Technology provides incredible gains in topspin and roll at impact regardless of your stroke. The stainless steel Microhinge plate is co-molded into our Thermoplastic Elastomer Feel Layer, providing great feel and the new geometry of the hinges and urethane together help to get the ball into a better roll at impact.

Major championships…check. This revolutionary high contrast alignment technology allows your eyes to key in on the linear designs to highlight the proper face angle from address to impact for alignment throughout your putting stroke. The new red highlight lines give you an additional aid to make sure you’re lined up exactly to your target.

These are some of our most prolific models that have dominated Tour events and major championships for years. As the #1 putter across the major tours, we’re constantly working with the best players in the world to develop and tweak shapes for ultimate performance.

By now most golfers are familiar with the “Versa Technology” which is a finish that utilizes contrasting black and white colors in various shapes to aid not just path, but also face angle alignment. With the O-Works line, the company first released the Black/White/Black versions but this new expansion into some White/Black/White options have aided the look in person. Though the finish up close is not the most refined, with some slight “bleeding” of lines where the colors meet, it has gotten better as the company has used the Versa scheme. In this case with the W/B/W Odyssey omitted the use of red accented alignment lines that actually makes the overall finish look cleaner. 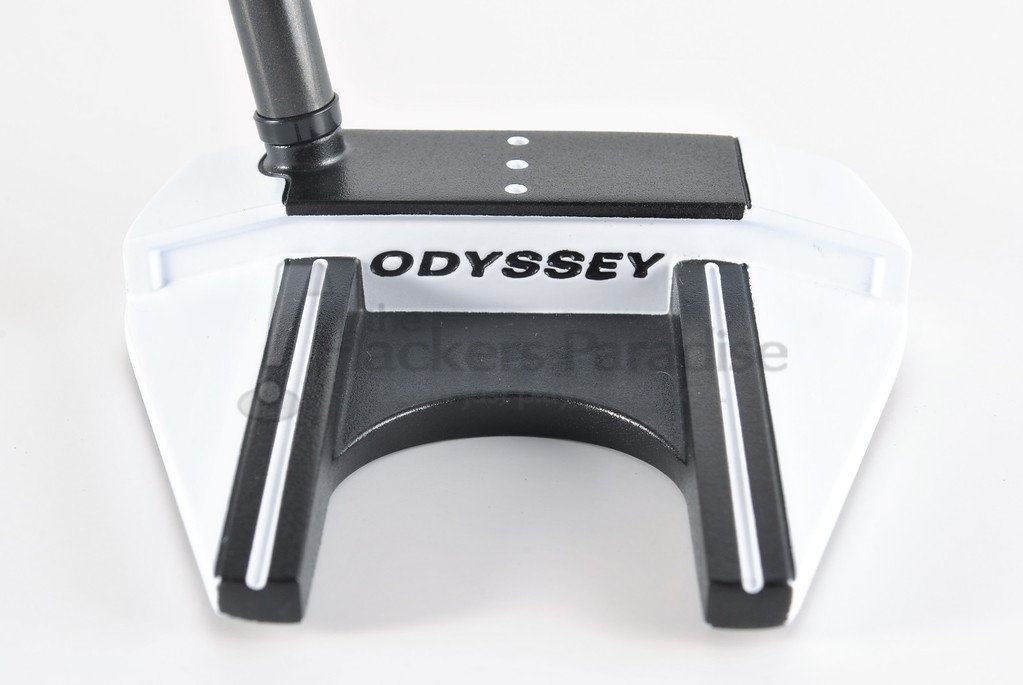 The sole of the club features a more modern look than most will expect from Odyssey with different geometric shapes accented in the finish as well as weight ports that give the overall package a much more high-end look. The actual putter THP got in for review is the #7, and it is fair now to consider it one of the most classic and successful mallet shapes of all time. The decision with the O-Works line was to go with the smaller version of the #7 and for good reason.  It won’t scare anyone away size wise but still offers the increased MOI many who use a mallet depend on. The #7 definitely looks better in this W/B/W finish than the initial B/W/B release, and adding in the blacked out putter shaft and SuperStroke grip which matches the color scheme of the line makes for a look that many will enjoy. 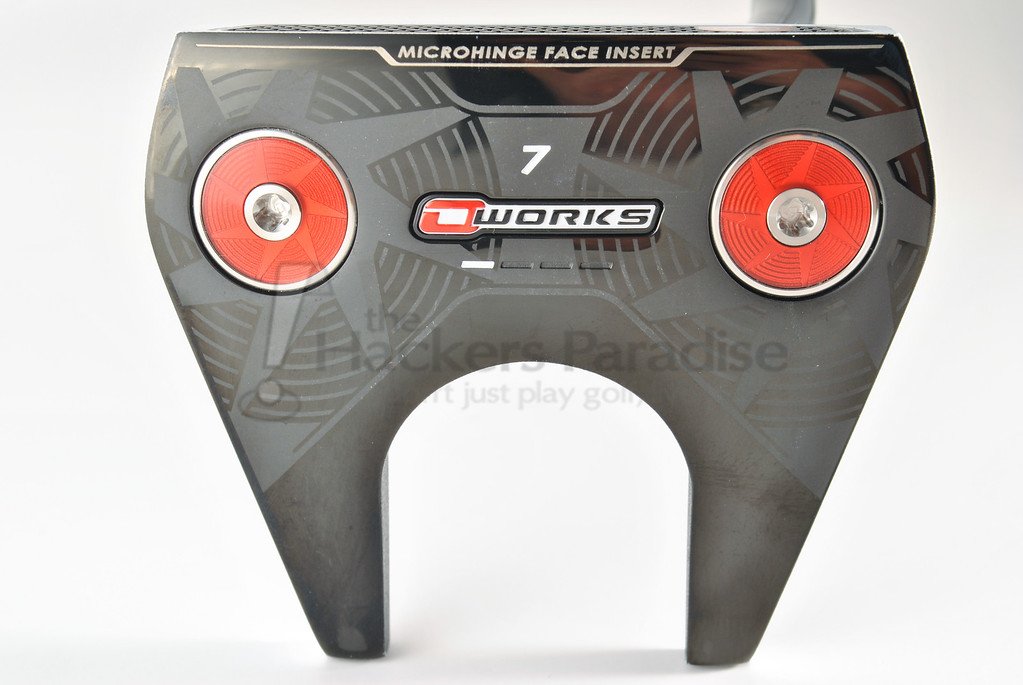 It is always good to take a closer look at some of the key technology in the releases that THP gets in hand for reviews. In this case, it is all about the new Microhinge insert. Though Odyssey has never had issues with Tour acceptance on most of their inserts, the Microhinge especially gained rapid traction (pun intended) with professionals and amateurs alike. 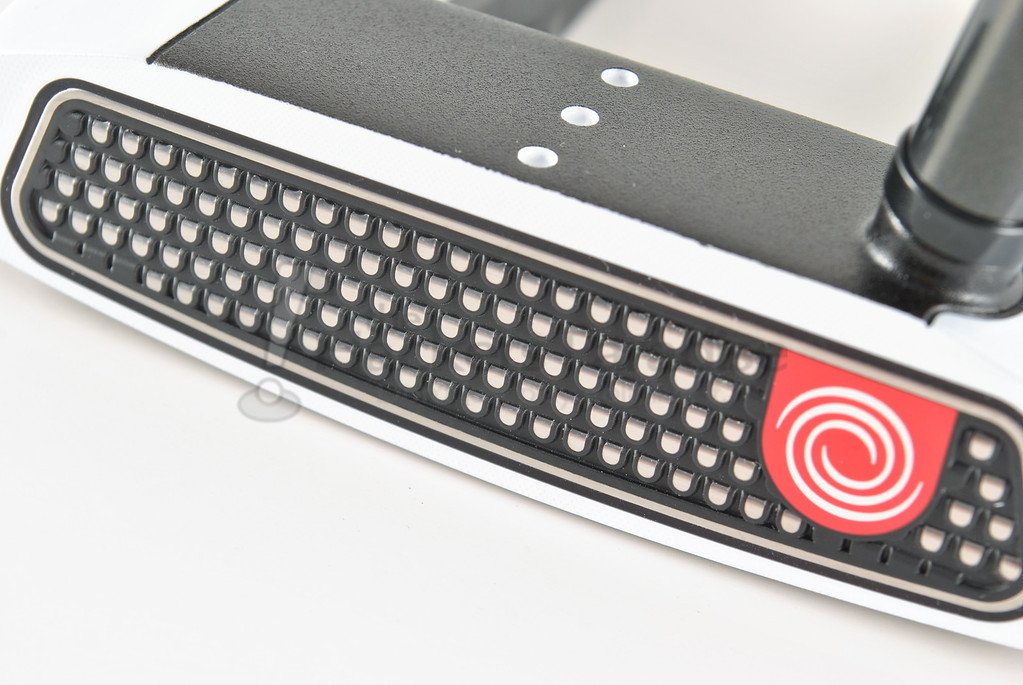 With the Microhinge insert, Odyssey set out to use the flex and rebound of the golf ball off of the face through impact to help impart an even quicker forward roll. In order to do this, multiple materials were utilized, but rather than simply layering like in previous designs, Odyssey has co-molded them with the Microhinge version. What that means is the potential for a much more uniform design from a structural and performance standpoint. Overall, there are twenty-three steps used to create the Microhinge insert, and the result is something that is softer than the cover on the average tour golf ball. Most interesting is the fact that Odyssey’s internal tests have revealed this insert to impart a forward roll that is two-times faster than the White-Hot RX, which was to this point the fastest they had created.

The #7 remains one of the most consistent and accurate putters from 15 feet and in that this reviewer has put into play, and the W/B/W color scheme is likely to be seen as superior visually and in Versa effectiveness to most who try the two color schemes side by side.  The putter sets up well and the black shaft adds a lot of visual comfort to the user if one isn’t accustomed to looking down at a non-plumbers-neck design. As far as fitting different strokes, though the #7 is face-balanced, testing once again showed it to work well with arcing strokes and the high-moi design makes it stable regardless of where on the face putts are being struck. 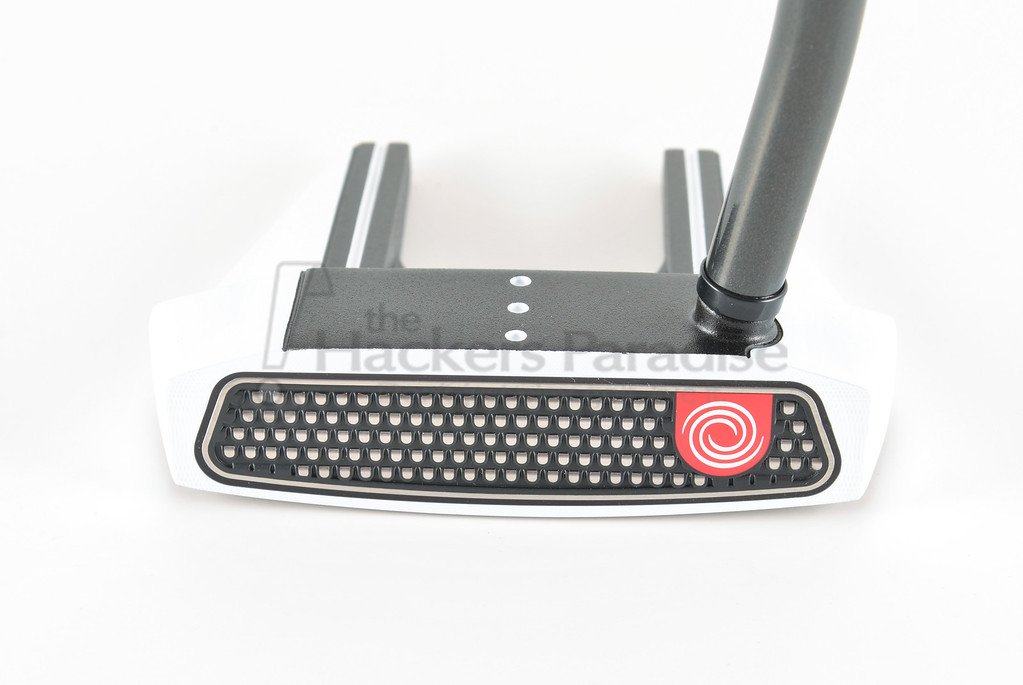 While the broad performance traits of the shape itself are good, the Microhinge insert is the main focal point of the O-Works lines because, frankly, we all know the putter shapes and performance virtues quite well. Roll in putters is talked about ad-nauseam and it is continually thrown in the faces of golfers by marketing campaigns. That said, that roll is the reason that Odyssey has been on top of the mountain as long as they have. With the inserts the company has created and evolved through the years the root of their design is that they always allow for amateurs with imperfect putting strokes to maximize personal performance. 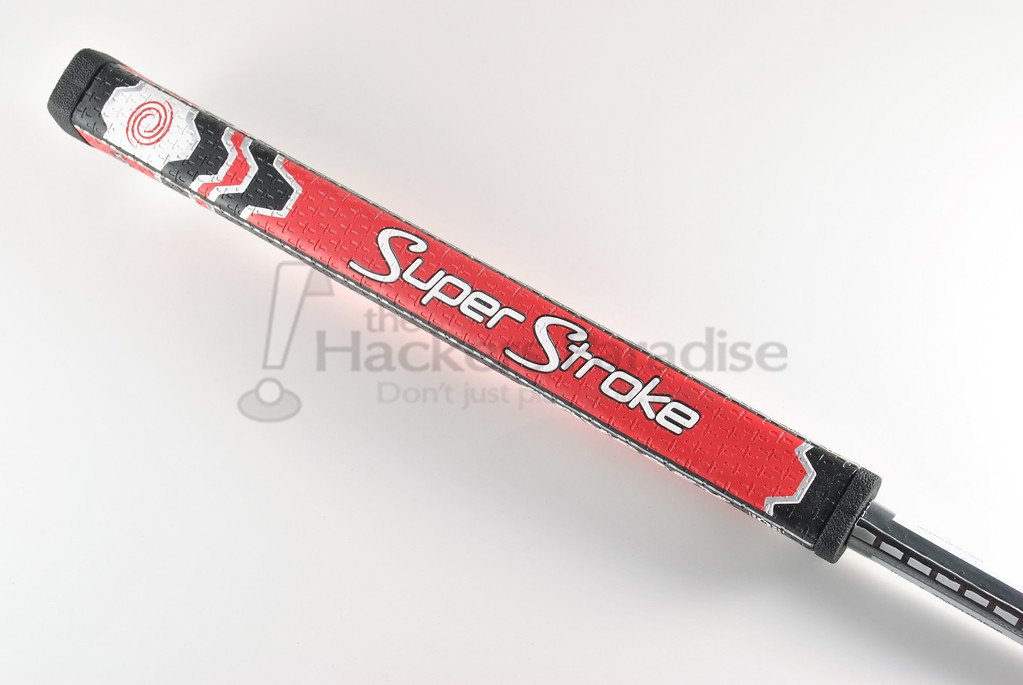 With the Microhinge insert the roll seen when the putter was put into the hands of 10 different golfers was the first thing talked about, followed quickly by the sound/feel. The forward roll is evident even to the naked eye, the one thing often touched on is the loft of the putter because you can see the insert a bit at address, but those concerns went away quickly once the #7 W/B/B was put into play. Interestingly enough, the Microhinge was much more muted than anticipated. At impact it is a dense sensation while maintaining only a slight passing of firmness. More noted with the #7 was actually that the higher MOI design seemed to allow for some added resonance on the long range putts, almost a springiness at that range but with no negative effect on the end over end roll. 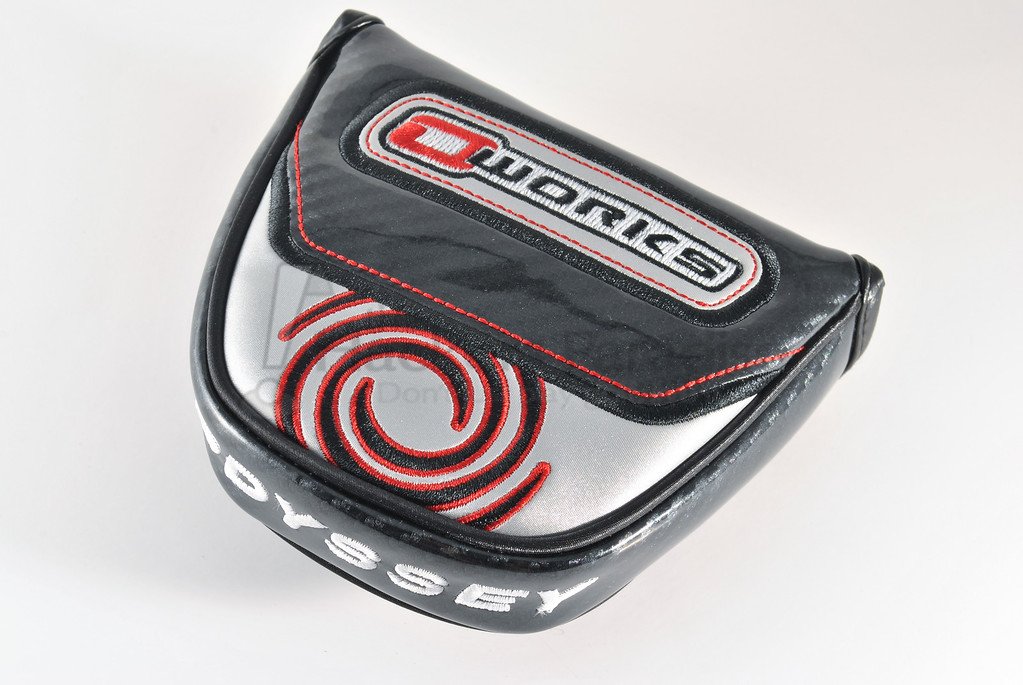 Testing showed that though the feel/sound is definitely going to be subjective, as is always the case with any insert, the one thing that shines over all else is the consistency of the Microhinge design. This is without a doubt the most technologically advanced insert we have seen yet from Odyssey and the way that it imparts a forward roll ALL across the face is something that cannot be undersold. As for directional performance, much of that will vary with the model being used, in the case of the #7 the combination of headshape and insert provided some definite leeway for the inconsistent stroke to still yield consistent results.

As is what seems to be the case with every new release from Odyssey, the O-Works line lives up to the technological hype and buildup. Although the line may not be the sleekest aesthetically, the addition of the W/B/W models like the #7 THP got in for this review, helps to make it a much more cohesive line with more options than at initial release which will undoubtedly help catch more eyes. Just as it has been for years, anyone looking for a new putter should take the time to give the O-Works a roll.

With an initial price of $229.99, more information on the W/B/W #7 and all of the O-Works lineup from Odyssey can be found at www.OdysseyGolf.com.