New to the PING lineup for 2014, the i25 hits the market with a slight change in direction as far as the perception of playability of the i-Series drivers is concerned. Rather than being known as a “players” driver, PING is stating that the i25 is one that could be for all ability levels, as it not only reduces spin, but it also features a more optimized launch than any driver in the series prior. They say this means more distance and more accuracy as well.

Information on the i25 driver from PING:

The adjustable i25 driver is focused on reduced spin, accurate alignment, and effective shaft fitting for maximizing distance and finding fairways. Tungsten weighting lowers the CG and raises the MOI to increase forgiveness and improve accuracy. This Ti 8-1-1 driver also offers two industry-first design attributes: patented racing stripes on the crown to aid in alignment, and an innovative PWR shaft family that maintains a constant swing weight across every offering. 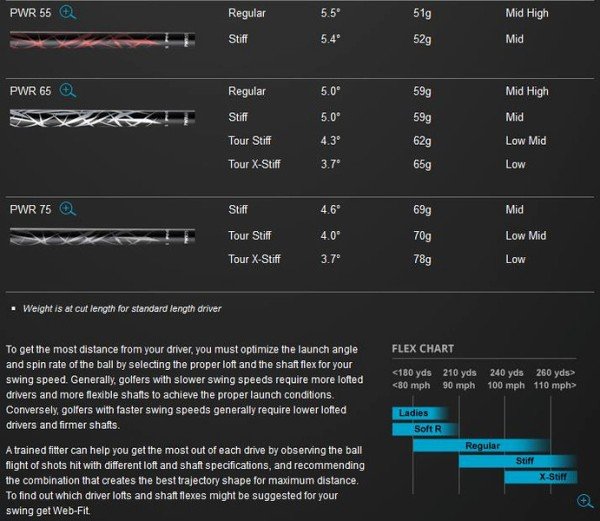 While the matte black finish is nothing new to PING in recent releases, the inclusion of “Racing Stripes” down the middle of the crown most certainly is. This is a complete departure from what golfers have come to expect out of PING. It is essentially a move outside “the box” and that is not at all a bad thing. The goal of the dual stripes are to serve as a “visual cue” for golfers at address to help with proper aim and alignment, as well as making sure the club is taken back on a better path (not sucked back inside). According to PING, these benefits serve to create more consistent clubface through impact, which should help bring more consistency off the tee for the user. 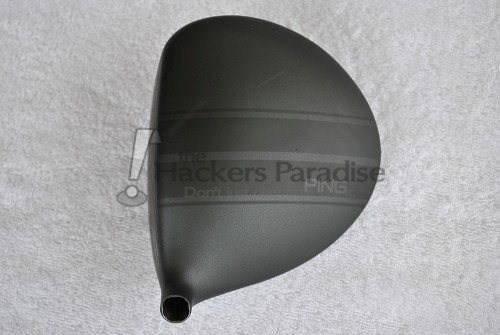 Many, including this reviewer, have been openly critical of these stripes since the first press release pictures came out. However, once the driver is in hand it is easy to see that they are not as distracting as many initially feared. In fact, the fact that the stripes are simply a darker tone than the head itself and the matte finish goes a long way towards achieving a much more subdued look than the pictures let on. 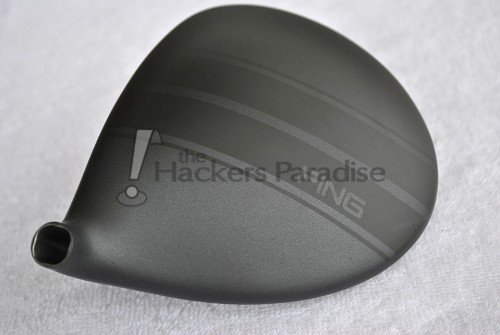 Time spent on the course showed that the stripes do give an effective indicator of alignment without being distracting. Even with adjustments to the head via the adapter, the stripes still served as an accurate alignment tool since the adjustments have such a minor effect on the face angle. It should also be stated that because of the matte blending of the stripes, should one choose to not focus on them as a major alignment attribute, it is easy to do. It seems that PING knew the stripes would be quite talked about (positively and negatively) and made sure to do their research on how to try and balance the appeasement of both sides, which was a savvy move.

The second major technological feature in the i25 is a refinement on the Tungsten weighting which PING also utilized in its predecessor. The role of the two tungsten weights is to help move the CG of driver lower in the head without going forward to sacrifice forgiveness. The lowering of the CG helps to provide a more piercing ball flight and a decent angle that will allow for maximum roll. The head also features a screw that allows for better fitting through PING as it pertains to maintaining swing weight (not interchangeable by user though). Because the weights are placed towards the rear edge of the driver they also help to provide an increase in overall MOI in the head, which PING claims will aid in keeping more shots in the short grass. 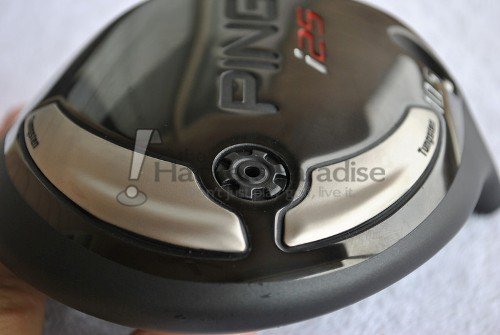 During testing the i25 head backed up much more of what PING claimed than initially expected. The i-Series drivers definitely carry with them the connotation of being aimed solely at the “better” player, but the amount of overall forgiveness that was found as it pertains to left to right dispersion on misses across the face was definitely above average and a notable improvement from the i20. The launch angle was proportionate to the stated loft on the head. A solid mid launch angle was seen by this reviewer, even with the lower spin nature of the head.

The i25 also features a variable thickness face that is thicker in the center and thinner as you move to the edges. This design feature is intended to help maintain faster ball speeds across the face, which should allow for solid distance even on misses. 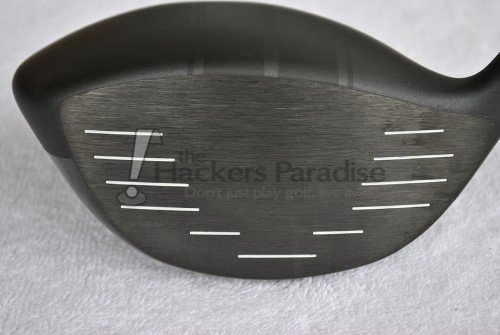 Time spent with the i25 on a monitor showed that though there is obviously going to be some drop off on ball speeds on misses compared to center strikes, there was still a solid retention of ball speeds heel/toe side as well as up/down the face. As it pertains to overall distance on both well struck shots and misses they are definitely in the “average” range, which is a good thing. Though it may not be the longest performer for all users, it also is not the shortest. In the end, when it comes to distance it all comes back to fitting and finding the right setup for your particular swing, which makes sense as PING is a large believer in proper fitting for their clubs.

The i25 continues on the trend PING started with the Anser driver in being an adjustable offering, which allows for both easier shaft fitting as well as tweaking the overall loft of the club 1/2º up or down. Though not as adjustable as the other setups on the market, PING had a different approach there. Instead of focusing on offering a plethora of possible changes in loft, lie, or face angle they set out to create an adapter that would be the same outer diameter and mass as their nonadjustable heads. The purpose of this was to give adjustability without adding unnecessary weight that can affect the design, and thusly, the intended performance of the head.  Simply put, it does what they wanted it to. It is a no-frills setup that allows for simple changes (+ or -) and will allow for the driver shaft tinkerers out there to do what they enjoy as well. 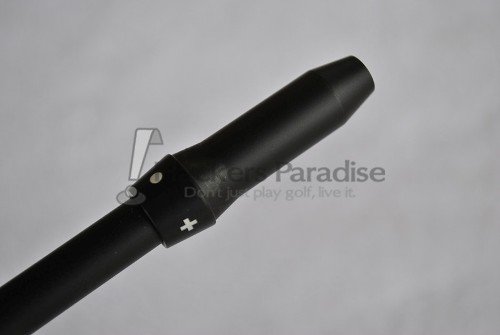 PING has always been big on placing specifically engineered shafts within their heads as stock offerings that they believe will give the most optimal profile for the head design. With the i25 they are introducing a new shaft series called PWR (Performance, Weighting, Responsiveness). This series has multiple flex profiles and weights that are intended to be able to fit individual swings and desired shapes, all while maintaining the same swingweight. The PWR shafts come in three series options, the 55, 65, and 75. As the weight increases in the line the launch actually decreases, so lighter means higher and heavier means lower. 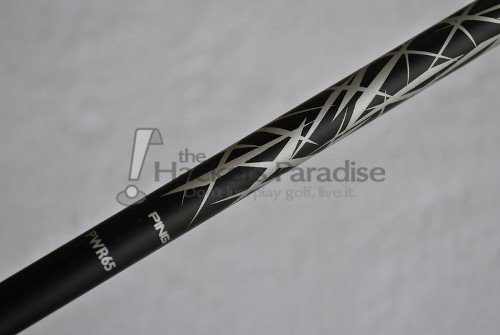 This review was with the PWR 65 in stiff, which is described by PING as a mid-launch shaft that has a weight of 59g. The shaft paired with the 10.5 head provided a piercing mid-trajectory time and again that held its line very well, even in the wind. The shaft definitely seemed to play true to flex and provided a great deal of stability. Those fearful of lighter weights should not be concerned in that regard. In all, PING always does their homework when it comes to their shaft offerings. Tthis is a line of shafts we should not at all be surprised to see paired with a few more releases from them.

The i25 is definitely a nice evolution in the i-Series line from PING, as it offers the same lower spin traits that its predecessor was known for, but with improved launch angles as well as what many will find to be a significant jump in forgiveness. PING states that they believe the i25 is a driver that is playable for all skill levels and it certainly is more playable than the i20, but in the end even with the added forgiveness it should be kept in mind that a level of swing consistency is certainly still required to get the most out of this driver. The R&D and technology which went into the i25 has made it one of the more well-rounded drivers released from PING in some time. Though it will not be the lowest spinning or the longest for all swings, with a proper fitting there is little doubt that many can find something that will offer them a level of performance which will be beneficial to their games.