Distance measurement devices are one of the hottest, and most expensive, parts of the golf accessory market. Typically, the more streamlined something gets, the pricier it gets too. Precision Pro is trying to change that however, just as they did with their laser rangefinder (THP Review here: http://www.thehackersparadise.com/precision-pro-nexus-laser-rangefinder-review/).  The goal is to provide ample bells and whistles in a more comfortable and compact package, but also maintaining a competitive price point. THP was able to get their new “GPS Golf Band” in for review and see just how it stacks up. 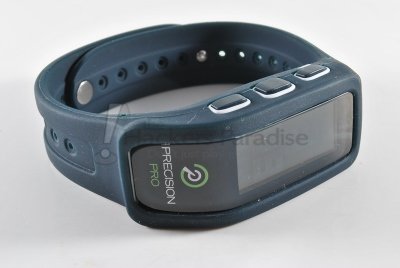 Gone are the days a GPS watch interfering with your golf game. The GPS Golf Band has all the features you need, slimmed down into a comfortable 1oz band. 35,000 preloaded courses ensure you’re ready to go on the first tee, while our auto advancement moves from hole to hole automatically. You can even see distances to hazards and measure how far you hit each club.

The GPS Golf Band is so comfortable and easy to use, you’ll love having it on your wrist.

Precision Pro’s “GPS Golf Band” is available in navy or white and the profile is just as Precision Pro claims, compact, light, and ergonomic. A good comparison of the unit is a FitBit device, width wise it is spot on and it only differs in the unit depth (from wrist up/out). The slimmer profile means that those who don’t care for the watch sized GPS units will have a lot of interest as it’s a much less noticeable wearing experience without the width. During review an added benefit of the profile was that buttons were not accidentally hit during the swing as is the case for many people with watch style units. 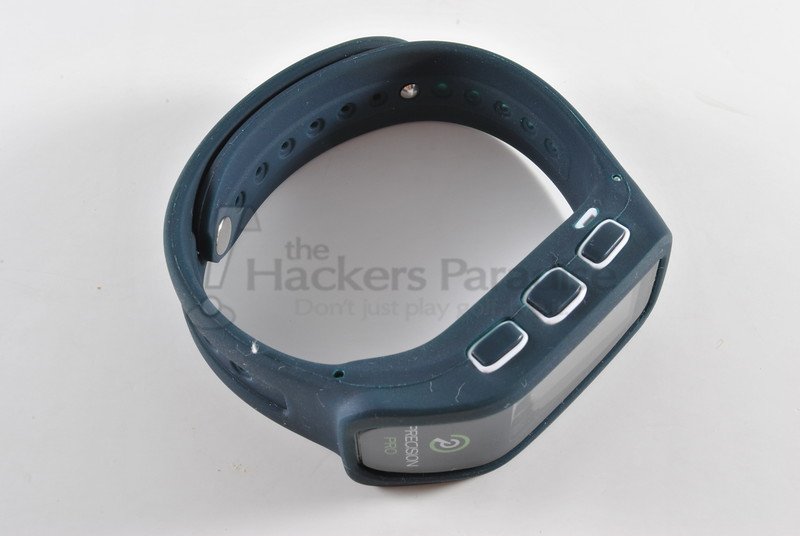 The actual band of the unit secures through the use of two “prongs” which fasten the strap into a double overlap position. If one has never had this type of band in hand, it takes some getting used to, but it goes on easily enough and there were no issues with it unfastening during the round or the band wearing down through the review. 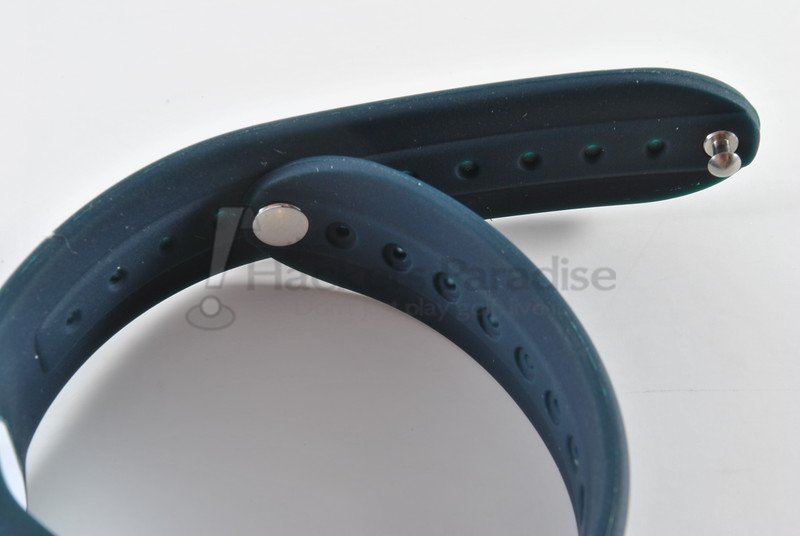 Also worth noting, while other companies have different screen contrast options (text vs background), the “GPS Golf Band” offers only a black background with white text. While this reviewer typically prefers the opposite for maximum visibility in the noon day sun, the size profile of this unit seemed to make the choice of white text on a black background more effective as the numbers seem to stand out more. Beyond that, the unit features a very strong backlight which makes visibility at dawn/dusk, or if one is simply using the watch function of the device off the course, very effective. 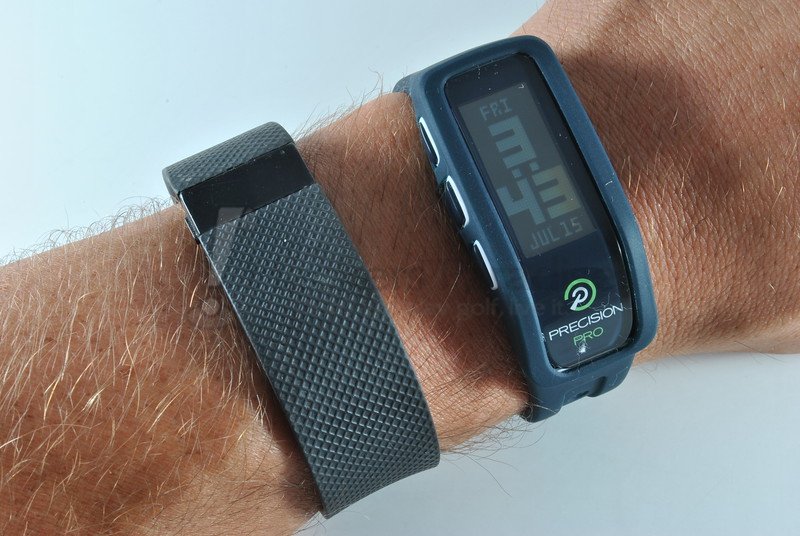 Setup and Ease of Use

The “GPS Golf Band” requires no subscriptions or fee’s after the $179.95 purchase price and comes pre-loaded with over 35,000 courses. Nice thing is that if you need a course added, it can be added through request. The general setup is simple and streamlined thanks to the easy-to-navigate menu and 3-button system, this includes all the standard time/date options as well as an auto-on timer function. When at the course, after selecting play golf from the menu the band consistently synced up impressively fast during the review, much faster than the other two watch units it was compared against. Even in an area with multiple courses nearby the unit had no problems recognizing them for the user to select. While on the course, the band operates just like any other GPS device with auto-advance which worked as expected but still offering manual-advance and shot tracking options at the user’s fingertips. 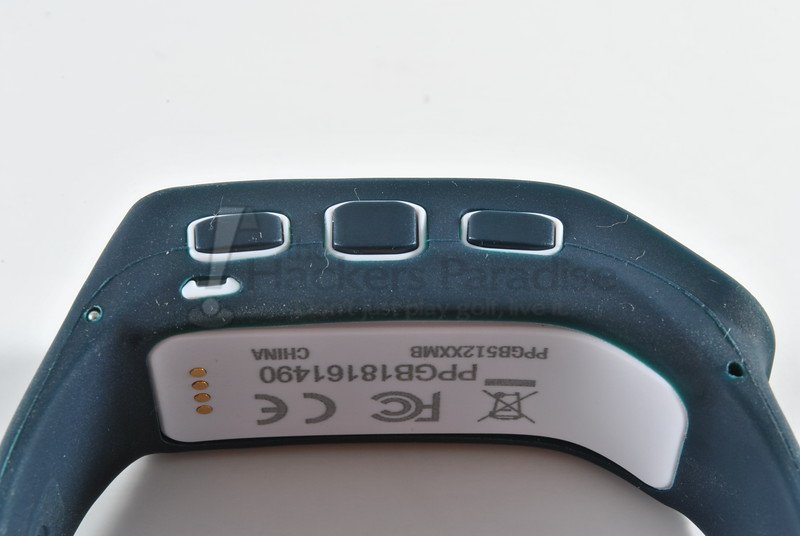 It is key to understand that different units have measurement variances, but a level of consistency is needed so that the user can have absolute confidence he/she is pulling the correct club for the shot at hand. For the review the Precision Pro GPS band was compared to two other GPS devices and a laser was also used for reference. The unit was used on five different golf courses and compared to other units had a 3-5 yard deviation on average to F/M/B and hazards, additionally, there were times when the “back” number of the unit was 7-9 yards short of the physical “back” of the green distance. As mentioned, deviations are to be expected, but the comparison unit to unit was definitely surprising to this reviewer. 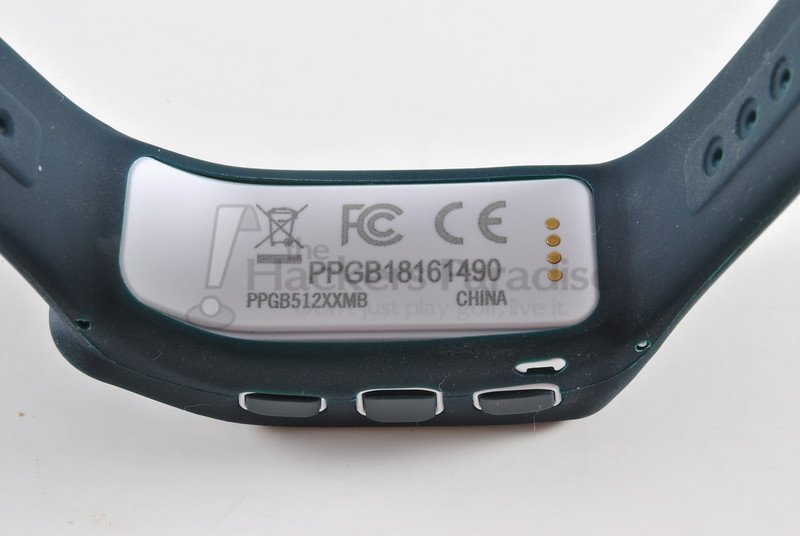 Beyond accuracy, the battery life of such measurement devices is critical to ensure that the user can get their round in with no concerns. The “GPS Golf Band” claims up to 8 hours of battery life in GPS mode and after testing, that is a pretty fair estimate as this reviewer actually got 9 hours of use before completely depleting the battery. 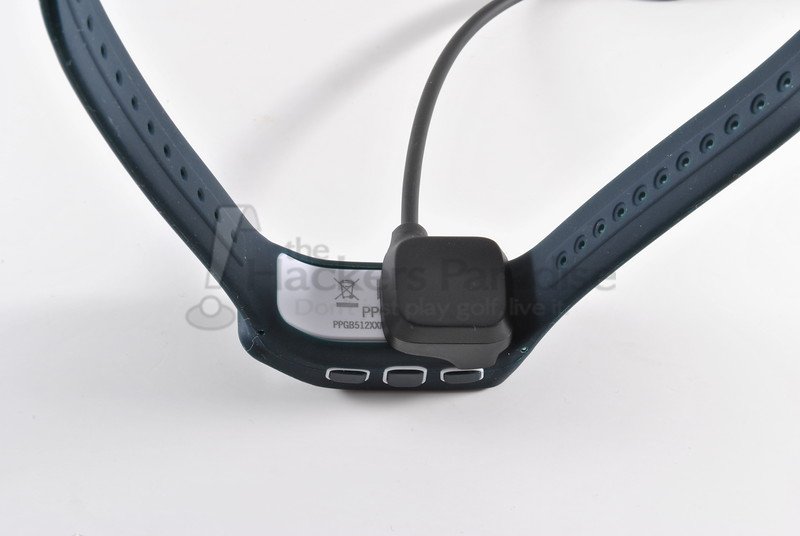 There is a lot of things that Precision Pro has done “right” with the “GPS Golf Band”, just as with their laser rangefinder it offers a lot of bells and whistles in a competitive package. With the GPS there is also the benefit of standing out visually, in a good way, to the rest of the wrist worn GPS golf devices.  Clearly though, the distance variance is of some concern, though it is still within the range of playability, this reviewer would like to have seen it be a bit tighter overall especially given the units it is competing against at the $179.95 price point. With all that said, it is a very adventurous offering that brings needed competition into the market segment, and it will most certainly catch some eyes and interest.

More on the “GPS Golf Band” and the other products which Precision Pro offers can be found on their website, www.PrecisionProGolf.com.