The golf grip market is vast, technology driven, and full of unique grips in 2015.  While Golf Pride boasts excellent grip offerings for nearly every situation or element, there was a time when many golfers sought after a very particular grip from them.  The Victory.  It is with this type of loyalty and familiarity that Golf Pride is now offering the Victory and Victory cord grips in a limited release. 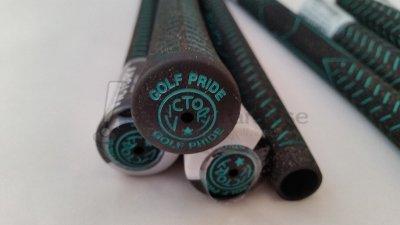 100 Majors and Counting – The Victory and Victory Cord have won over 100 Major Championships combined and are being re-released for a limited time. The Victory is manufactured with a proprietary material for outstanding feel and control. Still used by touring professionals today, the Victory grip’s distinctive GRIP RITE SWING RITE design helps golfers recognize the importance of a sound grip.

In hand, the Golf Pride Victory grips offer that very familiar rubberized feeling that many golfers experienced early in their golf careers.  Small dash-like lines are cut throughout the grip and filled in green, creating a memorable look beyond a simple black/white grip and helping to separate moisture from the surface of the grip.  Despite the early offerings having small green stars at the base of each grip, this limited release offering does not include that feature. 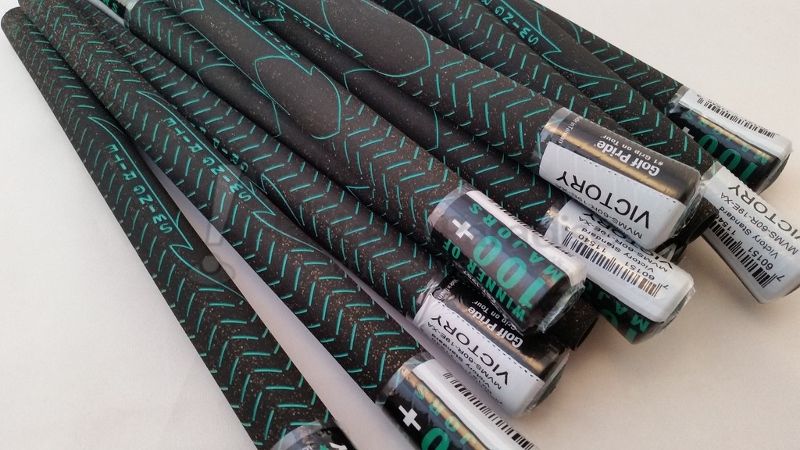 The “Swing Rite” and “Grip Rite” feature is still maintained on the Victory Grips from Golf Pride, spanning all the way back to the 1950s to help golfers with a visual cue for proper gripping of the golf club.  Not unlike many of Golf Pride’s grips nowadays, it is a very subtle element that offers a nice departure from the majority of the grips lined with green dashes.  On the back side, numerous dots drive up the grip to help confirm alignment if golfers prefer to flip the grip when installing. 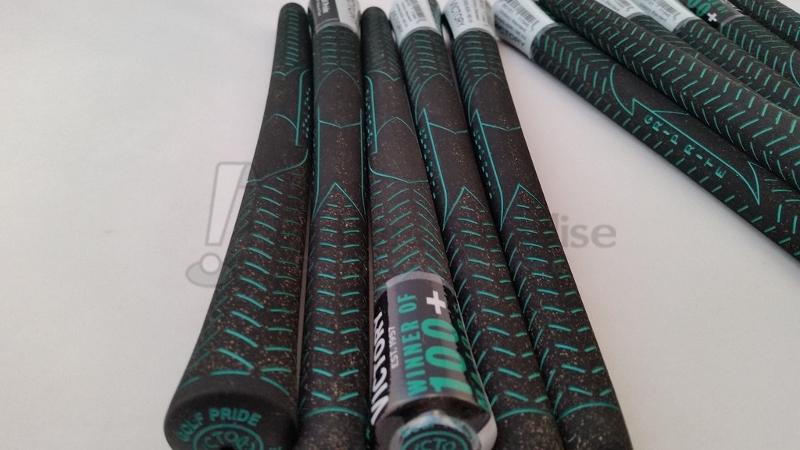 Not unlike some of the earliest Victory grips, the rubber blend technology includes small pieces of cork that are suggested to pull moisture away from the hands and grip on those hot days on the course.  Despite this design element, the standard Victory grip receives a relatively poor moisture management offering, making the case for Victory lovers to lean towards the rougher texture of the Victory cord which receives excellent scores in moisture management, feedback in the hands and surface texture.  This is in large part due to the heavy gauge cotton cord that is prevalent throughout the grip. 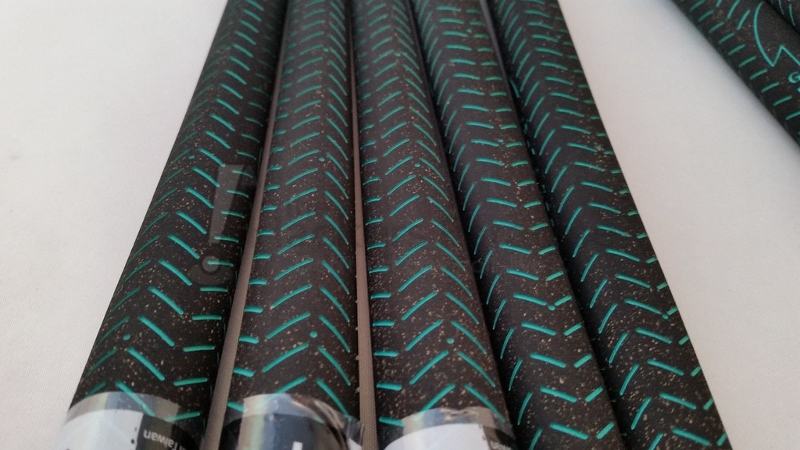 Despite the Victory and Victory cord being retired from the main Golf Pride releases over the last few years, they are still being manufactured by professional golfers who refuse to make a change from the grip they grew to love over the course of their careers.  It certainly opens the door for a nostalgic look back at someone’s first set of irons, or that set that should have never been sold. 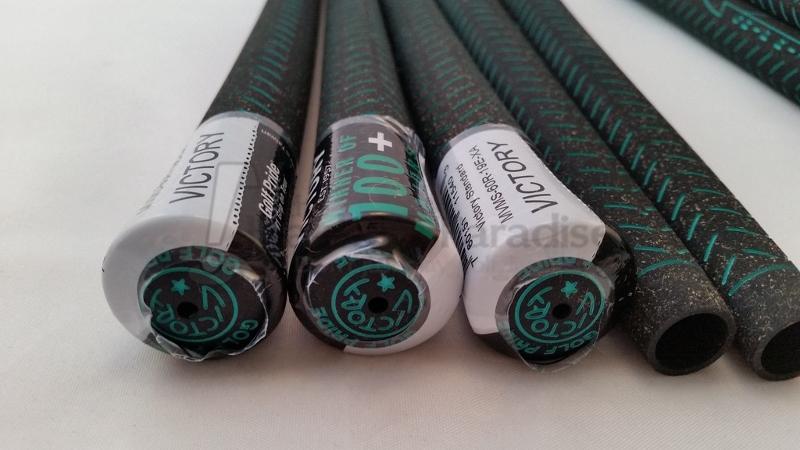 While the Victory grip does not receive awards for moisture management and surface texture, it was a major cog in the transition from the leather grip to a slip on rubber grip.  There are few grips worthy of a re-release in limited quantity, and Golf Pride has done an excellent job retaining a lot of what golfers will remember about the Victory and Victory cord grips.  For more information, visit www.golfpride.com.