While our appetite for golf rarely dissipates as the years go by, our ability to play the game without pain seems to dwindle each passing golf season.  As golfers near the green, the need to reach down to pick up golf clubs increases unless a green is hit from the fairway, and the persistent reaching to the ground can really take a toll on a tired back. The MagneCaddy seeks to improve that experience by reducing the number of times a golfer reaches down to acquire clubs during a round.

The Magnecaddy is a simple magnetic device that attaches onto the end of your golf club that allows you to pick up other golf clubs wihtout bending over or squatting.

The MagneCaddy was designed to help eliminate unnecessary back pain that can be caused by golf. Golf has become one of America’s #1 sports activites, and it has also become #1 in sports related injuries. The creator of MagneCaddy is an avid golfer, he never plays without using MagneCaddy. 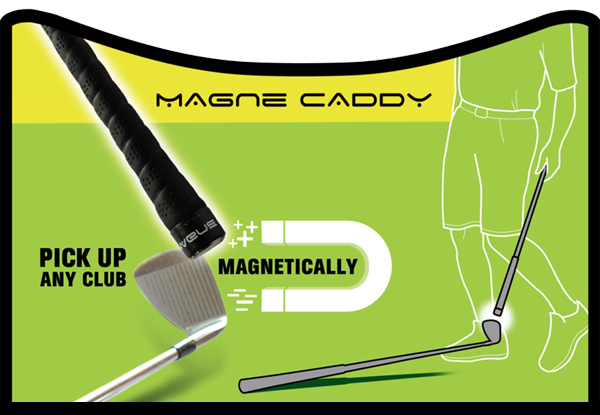 There are several stretches a golfer can do to alleviate back pain caused by the game of golf. By using MagneCaddy will prevent all golfers, beginners to advanced, from ever having to bend over and pick up his/her clubs again. 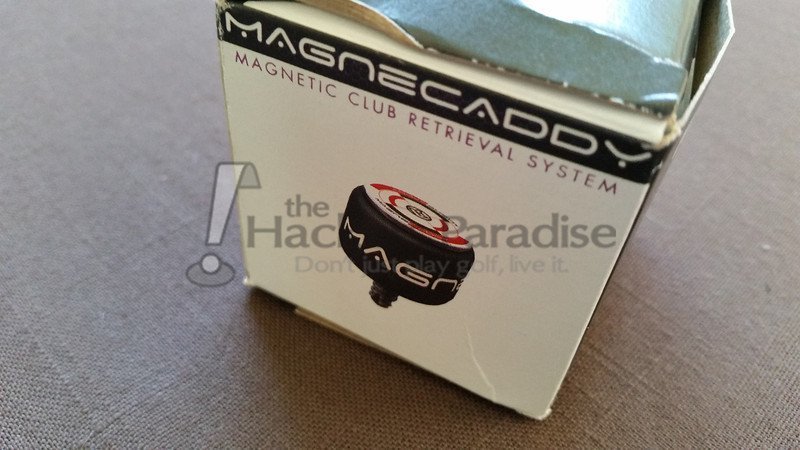 Installation of this particular device was done numerous times, and experiences were best with a more firm grip which allowed the screw to sit firmly atop the club.  Some issues may arise attempting to utilize the MagneCaddy on a grip with a softer top section, as the device could pull away from the club as it attempts to magnetize to grounded clubs. 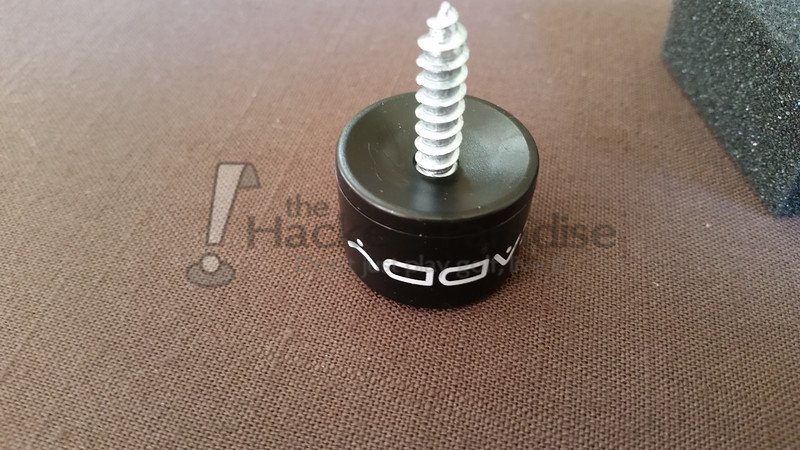 Once the MagneCaddy has been securely fastened to the end of a club, the user can easily pick up other golf clubs by simply touching the device to them.   The magnet is quite strong, and can pick up clubs both at the head, or most parts of the shaft, which is a benefit for users preferring to grab at the grip as the club is raised from the ground.

For ease of use, the MagneCaddy was most enjoyed while attached to a club that was housed in its own slot in the bag.  While entirely irrelevant to the benefits of the device, it was a small nuisance taking it in and out of the bag when in a shared slot due to the magnet attaching itself to other clubs. 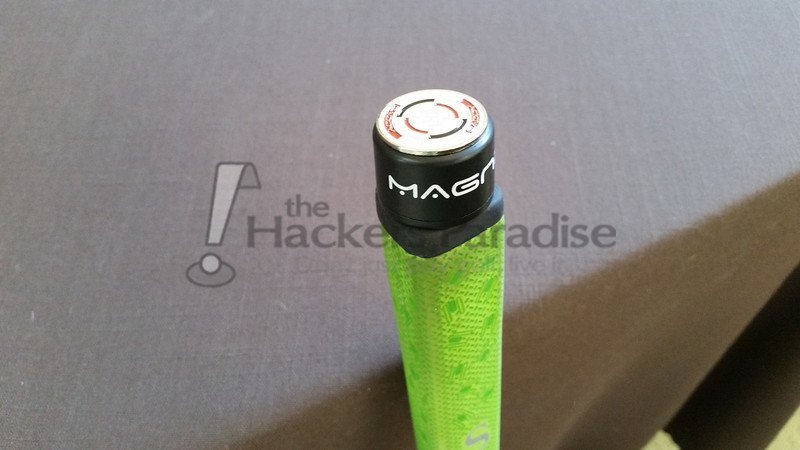 An added benefit to the MagneCaddy device is the ball marker that comes in the total package.  Naturally magnetized by the MagneCaddy, it rests atop the device and provides golfers easy access to a marker during their putting.  Once the ball has been returned to the marked position, the marker can be retrieved without bending over, which is a nice convenience. 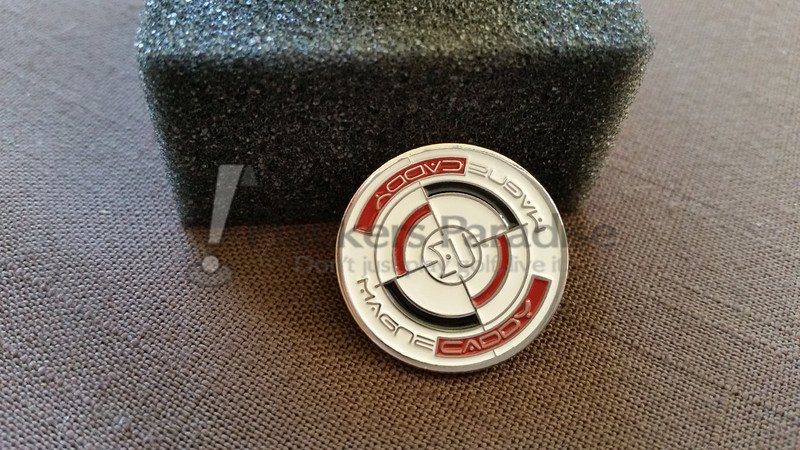 While some concerns arose regarding the integrity of the grip after the MagneCaddy was removed, testing suggested the device to not be terribly destructive at all.  On two different grip types, while the hole was slightly larger, it did not appear disturbed when removed properly.  This would be a nice bonus for golfers who enjoy changing putters from time to time. 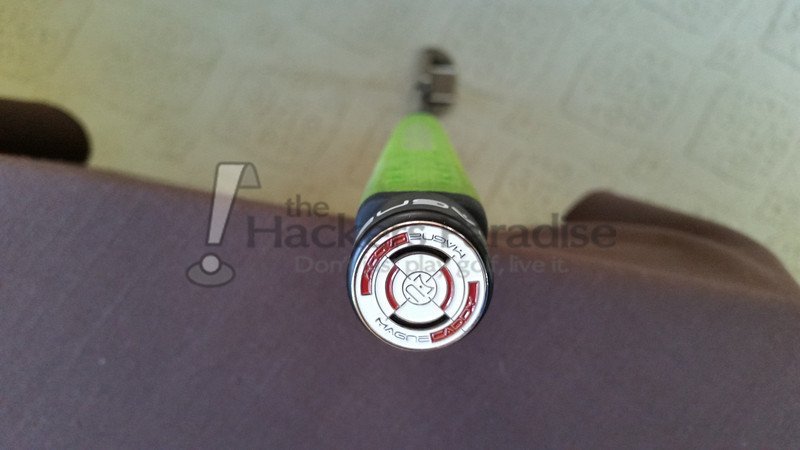 As golfers continue to enjoy the technological advances in golf equipment as a whole, devices like the MagneCaddy will benefit the golf game on a more intimate level for golfers who suffer from back pain.  By reducing the amount of times someone is forced to bend over to pick up their golf clubs, the MagneCaddy works to limit the strain, and improve the overall golf experience.  For more information, go to www.magnecaddy.com.