The ability to record one’s swing and properly break down the positions within it has become more and more popular as technology has gotten more accessible. As we have seen, the Smart Phone has changed the game as it pertains to this very thing. Now, a company called Swing Catalyst is jumping in with their free iOS swing analysis tool and THP was able to take a look at it.

Information from Swing Catalyst on the app:

The Swing Catalyst App, already used by many of the best players and coaches in the world, is a sophisticated game improvement tool that fits right into your pocket. The app allows you to capture and analyze swings from anywhere. You can also compare your swing to tour professionals, and share the swings with your instructor or others directly from the app. The best of all: It’s all free and it’s all connected.

The thing that will jump out when it comes to the Swing Catalyst app is one word – free. The app itself is a 100% free download for iOS devices (Android is in development) and utilizes either camera (front or back) in order to capture the swing and allow the user several options to breakdown/use the swing videos. 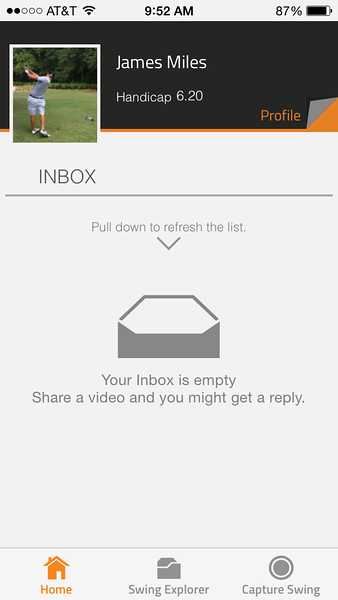 Setup itself is a breeze for the app. After downloading the user simply fills in pre-prompted registration information or logs in via their Facebook information (one tap if Facebook is on the device already). From there the profile can be further detailed, including things like dexterity, height, weight, location, as well as a personalized profile picture. 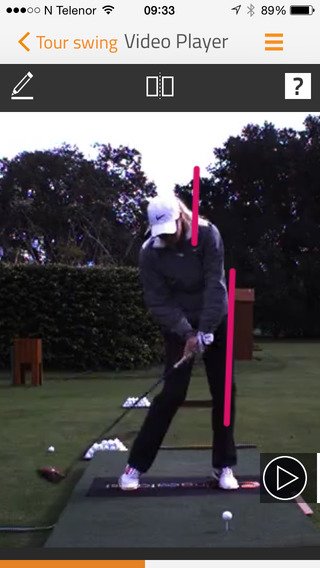 Recording is easily done after opening the app. A tap of the “capture swing” icon at the bottom of the screen opens the camera portion with a live view. From here, the front or rear camera can be used (quality will vary depending on which you use) and the app offers silhouettes to ensure alignment within the frame for RH/LH down the line as well as one for face-on. One catch is that either a tripod or an assistant is a must here if you want to use the rear camera. A nice feature for those using a tripod however is a timer feature which can be set from 5 to 15 seconds and allows the user to get back into position for the swing after tapping record. Additionally, the video is further cut down through a slider in which the user moves the on screen icon to the point of impact in the video, this allows a smaller file size and cuts out the extra footage. 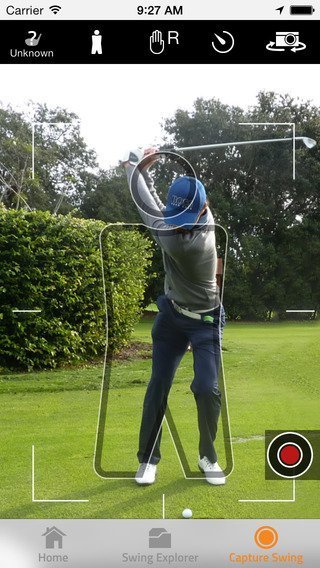 All of this worked extremely well and the video when using the rear camera was among the best this reviewer has seen, particularly the quality which it maintained after upload to the website. Worth mentioning however is uploading to the website did take a bit longer than with other apps we have reviewed, but as mentioned the quality was much better so the tradeoff is fair. The Swing Catalyst allows for unlimited swings to be recorded on the app itself, but only 10 may be uploaded to the online account/platform for free and be shared with social media, other users, and even instructors. There is a charge for storage online beyond the 10 swings of $3.95 for 100, $14.95 for 500, and $24.95 for 1000. So, despite the app being free, if the user is big on uploading to their online account and sharing swings there is some “catch”. However, most will likely find 10 swings to be enough and simply delete old uploads when they need more space. 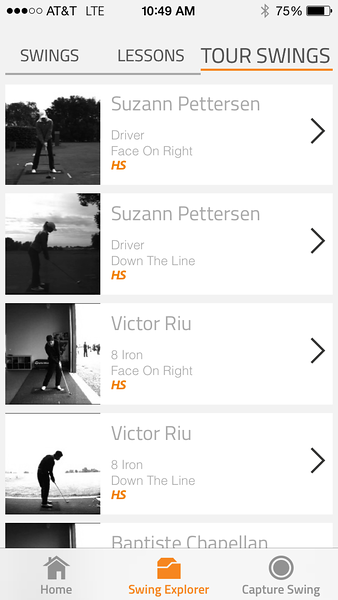 The markup system within the app and online is very simple, but it is effective for what most golfers and instructors will need. By tapping the icon in the upper right the user has access to drawing tools featuring straight line, square, circle, freehand, and an angle calculator. Additionally there are four color options to more easily differentiate the markups. Beyond this is also the option to pull up a side by side comparison with another video of the user or even the different professional swings on the app. 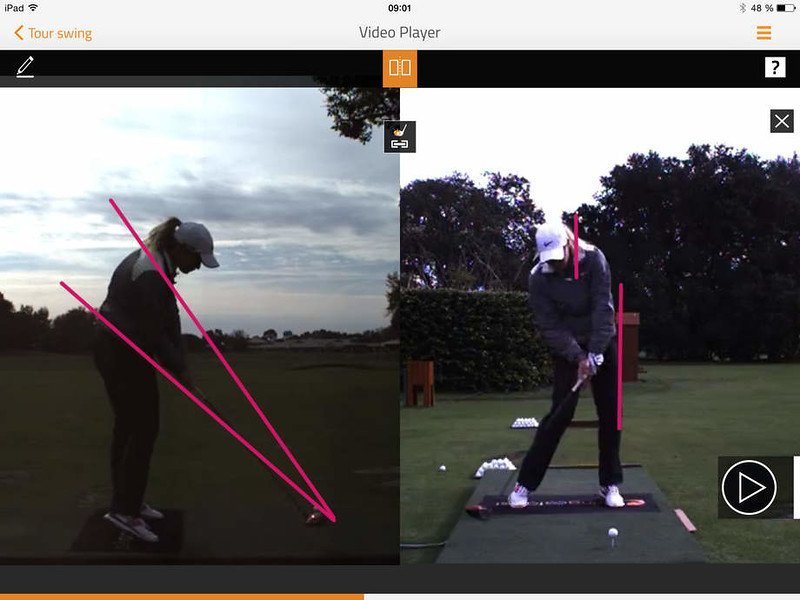 Obviously, the big boon to the Swing Catalyst is that the app itself is free of charge and gives golfers a basic set of markup capabilities that will be more than enough for most. The fact that it is very effective at what it does will undoubtedly open up the consideration of users to expand their storage on the site and that is surely what the company is hanging its hat on here. In the end though, it is simple, effective, and provides good quality video. There isn’t much more one could need in such an app.

The Swing Catalyst can be downloaded from the iOS App Store and as mentioned an Android version is in development. More information can be found on their website, www.SwingCatalyst.com.