Last year Cleveland Golf had a rebirth of sorts with the launch a full line of new equipment. The legacy brand returned in a big way and golfers immediately took notice with an attractive line, interesting story and products that fit a myriad of players.

Six plus months later, we wanted to dive a little bit deeper into the brand, the lineup and the story and that means another episode of Quick Six. We sat down with Brian Schielke, Marketing Director, to ask the six questions you want answered most. 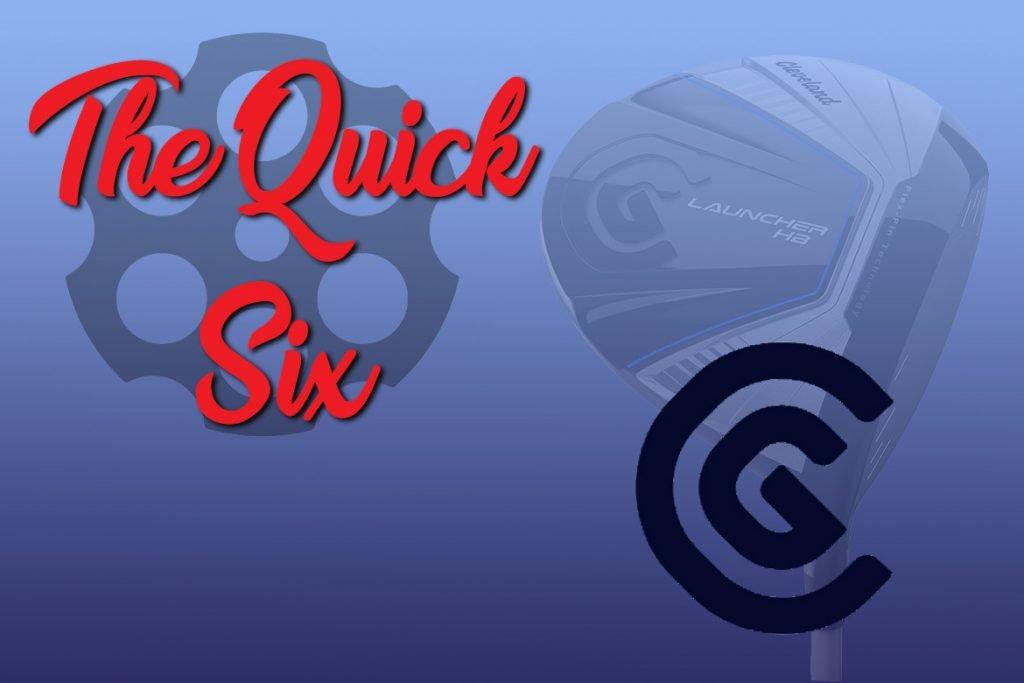 THP: In some ways, last year marked the return of Cleveland Golf, with a full new line of clubs launched. Now that we are into golf season a year later, what are your thoughts on seeing the Legacy brand back?

Brian Schielke: It’s been awesome and there has been tons of positive buzz around our brand as we get into season. The new Launcher Woods and Irons perform great and really have a solid place in the market, and that’s shown in both our sales and customer reviews. It’s been all positive. Then we’ve had some other fun things like the Grandpa Jamie video going around, so we’re really happy with how things are shaping up as we really get into golf season.

THP: The brand obviously never went away as the wedges have continued to do incredibly well and are found in bags everywhere. How has the re-emergence of the rest of the line been accepted?

Brian Schielke:
a. The new Launcher woods and irons – and well as the Cleveland CBX wedge – have been really well accepted, and I think a big reason is each club really has a purpose in the market. They’re different from everything else out there. For wedges, 84% of golfers play cavity back irons, and the Cleveland CBX wedge is the first wedge truly built for these golfers (not for tour pros). The performance is so much better than tour blade wedges for all of us cavity back iron players.

b. The irons also are unique. The Cleveland CBX Irons are the only irons in golf with milled Tour Zip Grooves, the same as our leading wedge grooves, so golfers get the same level of control with their irons as wedges. While the Launcher HB irons are unique in their design – a full set of hollow hybrid irons. Nothing launches as high or is as forgiving as these. Fun fact about these, for certain stretches since launch they’ve been the #1 selling iron at some retailers. For golfers who haven’t hit these yet, they have to try them.

c. The Launcher HB driver is also a bit unique. While other manufacturers put excess adjustability into their drivers, the Launcher HB driver is pre-set and optimized to hit a high, straight ball off the tee. What people don’t realize is there are tradeoffs with every design. All of that adjustability others are putting into their clubs takes away weight away from its optimal position – low and deep. We’ve been able to put more weight than anyone low and deep to help golfers bomb longer drives with more forgiveness. 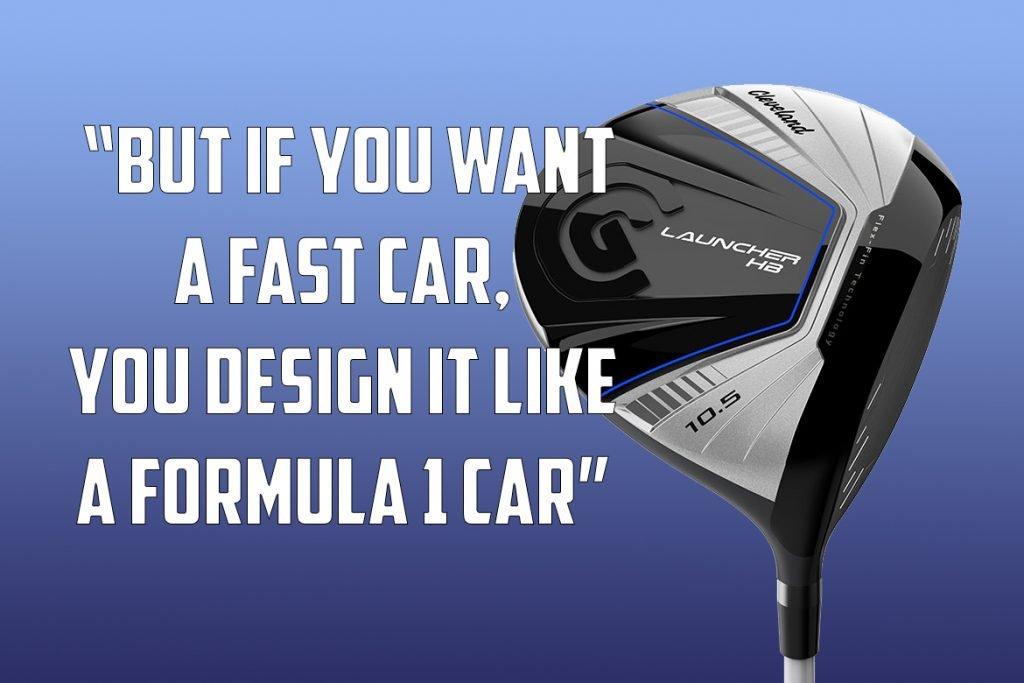 THP: The CBX wedge is a different animal than what is normally seen in the traditional wedges Cleveland and other companies put out. Can you explain how it came to be from an idea stand point?

Brian Schielke: In the past, pretty much every Cleveland wedge had to past the “tour test,” being able to be played on tour. An example is the CG 14, a very popular wedge on tour even though it had a slight cavity in it. As a result, even though we have cavity back wedges, they typically came with a tour shaft, had tour-like sole grinds, and overall had some constraints to their designs. When we looked at who we really wanted to be – offering a wedge perfectly designed for every golfer – we realized we had to remove the “tour” constraint on this one. By doing so, we came up with a new sole design that’s a perfect blend of versatility and forgiveness for most golfers. We came up with unique address shapes that blend better with the most popular cavity back iron sets so there is more uniformity when looking down at a PW vs your Cleveland CBX gap wedge. We chose a new shaft that designed and weighted to blend with cavity back iron sets. And we kept the tour-drive Rotex Face because everyone benefits from more control.

THP: Bringing something radically different to the masses often involves an education process that takes time. How has that part been going and are golfers’ accepting to the idea?

Brian Schielke: It does take time, and not everyone is on board yet, which is ok. For years pretty much everyone has made one wedge – designed for tour players – and said that’s the right wedge for all golfers. So the switch isn’t going to flip overnight. What’s encouraging is all of the positive reviews about the Cleveland CBX wedge, and how the word is spreading. We can say it’s great, but until you test it you don’t know for sure. So we’ve been very pleased with the positive reviews and the buzz it’s been getting through word-of-mouth referral.

THP: The Cleveland driver continues to get rave reviews on the THP Forum from those that test it out. One thing that seems a bit polarizing is the lack of adjustability, can you explain the thought process going in with that type of product?

Brian Schielke: I like to use a car analogy. Your luxury cars have all sorts of bells and whistles – heated seats, adjustable mirrors, cameras everywhere, etc. Things built for comfort and convenience. But if you want a fast car, you design it like a Formula 1 car. You pre-set everything to its optimal performance to save as much weight as you can. That’s what we’ve done with the Launcher HB driver. Every single gram of weight is already placed in the best position, so adding adjustability would take that precious weight away from the best spot and move it to worse locations. There are tradeoffs. If you’re the type of golfer who wants to see ¼° face angle adjustments, or likes hitting low fades off the tee, this isn’t for you. But if you want bomb drivers high and straight, there’s nothing better.

THP: Will the Cleveland line continue in the future?

Brian Schielke: For sure!

What do you think about the answers from Cleveland Golf? Have you tested out their new lineup yet? Join us in the THP Forum where golfers are debating and discussing this interview right now.