With the Ryder Cup almost upon us, it is always interesting to keep an eye on the lead-up to the event. It inevitably turns into conjecture about what the captains will or won’t do and what the talking heads believe that they should be doing. However, in recent years one can’t help but notice that there has seemingly been a massive turn as it pertains to just how much it seems to mean to Europe compared to the United States. 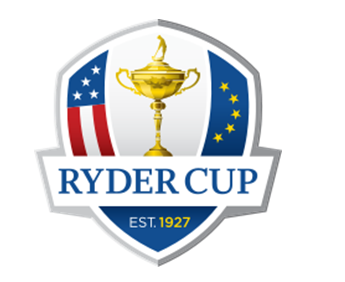 While some will quickly dispute the notion that European players seem to hold the event in higher esteem than the Americans, when you look at the history of the Ryder Cup the picture certainly seems to justify that perhaps we have seen the tide change in their direction. The overall record of the Ryder Cup since its inception stands as 25 wins for the United States, 12 for the Europeans, and two ties. However, until 1979 continental European golfers were not allowed to compete and since their inclusion Europe has won nine times. Beyond that, since 1985 the record sits at four wins for the United States, nine for Europe, and one tie.

So, as it stands we have seen that in since the inclusion of continental Europeans there is definitely a trend. Then, when you add in that anyone who has watched the past few Ryder Cups has seen the fire that the European teams play with, there is definitely a reason to believe it might just mean more to them right now, but why? Well, it could be a variety of things, but in my mind you can focus in on three specific things.

Something in the forefront to take a look at is obviously national pride.  Now, that isn’t to say that the American’s don’t have national pride. We see it each Ryder Cup, but we see it in the moment whereas it seems the Europeans have that mindset more continuously. You could dig up all kinds of theories on that; the many [countries] versus the one, David versus Goliath, or you could even crack open a history book for possible motivating factors. No matter where you go with it though, it’s almost impossible to deny that the Europeans always seem more in the moment from well before the event to well after than the Americans.

How about a possible reasoning away from the Ryder Cup itself? The major tournament dominance from the US over the years is something to look at. There might be some scoffs here, but history doesn’t lie. The Ryder Cup was first played in 1927 and when we go back and look at the major tally from the 1920’s to present the US has had 252 wins to Europe’s 48. Yes, there are several other major wins that weren’t American players, but for the countries that now represent Europe in the Ryder Cup, just 48 major wins since 1920. Could this spur more focus on a chance at taking something from a rival who has been dominant in the biggest annual events in the sport? Maybe, maybe not, but it definitely makes you think that it could be a bit of fuel to the fire.

Possibly my favorite reasoning also has to do with the major tournaments, but not in the way of wins or losses.  What may be the best motivator for the Europeans comes down to geography. Only one of the four majors is held outside of the United States, which is why for most European players the Open Championship has always been held in such high regard. While the European Tour definitely has some prestigious events, it isn’t out of line to say that the two biggest events held overseas are the Open and the Ryder Cup, which is only held on European soil every other occasion. But what a motivator it is knowing that this event has a little extra tie to home involved in it, whereas for the American players with three majors, a Ryder Cup every other time, and now the FedEx Playoffs on their home soil there is a lot of high-purse golf in play, constantly making it easy to lose focus on something like national pride.

Undoubtedly there will be back and forth on this subject, and that is the beauty of it, but there is little denying that in what we have seen the past 20 years the European players are seemingly more “up” for the Ryder Cup time and time again for a longer period than the American players. One could come up with a plethora of explanations or even excuses, but there is no doubt that there has been something that has led up to this underlying sensation that it might just mean more to Europe.

What are your thoughts on this? Please join us in the discussion either here or on the THP forums.