With the release of the 585 and 785 drivers Srixon has generated a significant amount of buzz not only because of looks or tech, but performance as well. Recently, THP was fortunate enough to be able to review each model as staff writer Dan Edwards broke down the 785 and I did the write-up on the 585. Both drivers garnered a lot of positive thoughts so it was only natural that curiosities were piqued as to seeing just what differences might exist between the two, so Dan was kind enough to send the 785 to Oklahoma for me to make the head to head comparison happen. 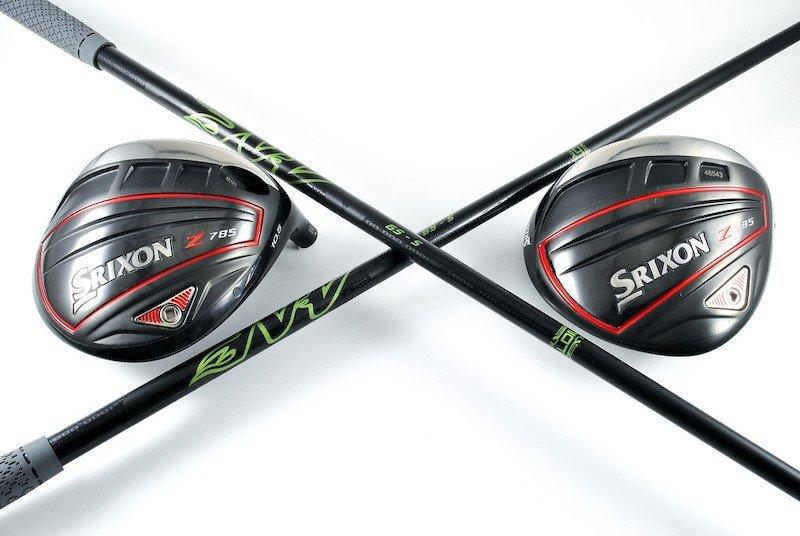 While I normally shy away from comparisons, I do believe there is a time and a place, given everything is as balanced as possible. In order to do that here, both heads used were 10.5°, and all other traits were equalized with both utilizing Aldila NV 2KXV Green 65-S shaft playing at 44.75” (my preference), D4 swing weight, and identical Lamkin grips. Though the NV 2kXV Green is not necessarily the best fit for me with its low/low profile, it is an equal playing field and that is what I wanted most in this situation. 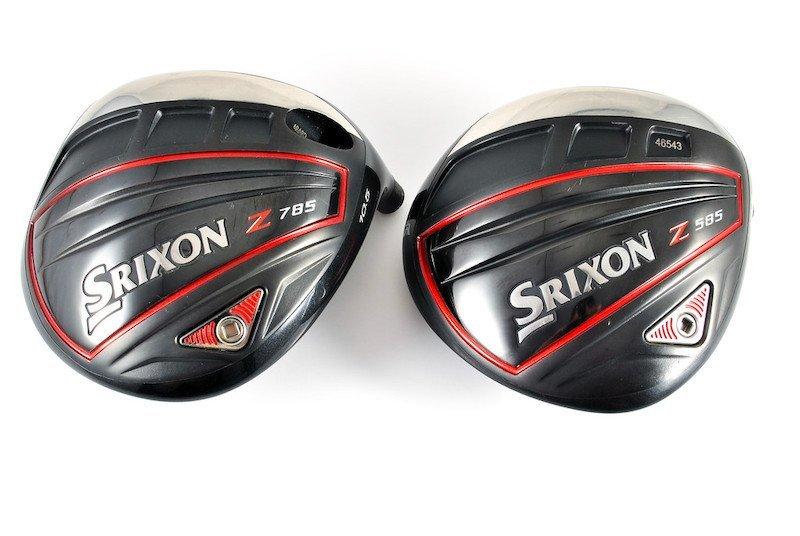 For me, the 585 and 785 are easily the best sounding/feeling drivers I have hit from Srixon.  The amount of carbon fiber in the design has clearly made them more in line with the “trend” of what most of us consider “normal”.  However, the 585 does get the edge here because it’s slightly more robust while maintaining nothing but solidness and power at impact where the 785 does have a slightly higher pitched sharpness at the end. More than likely, the difference comes not just from the shape with the 585 being more angular than the traditionally shaped 785, but also that the 785 is not bonded. In all though, I think the sound/feel difference will be a wash for most, and looks will play a bigger role for the individual. 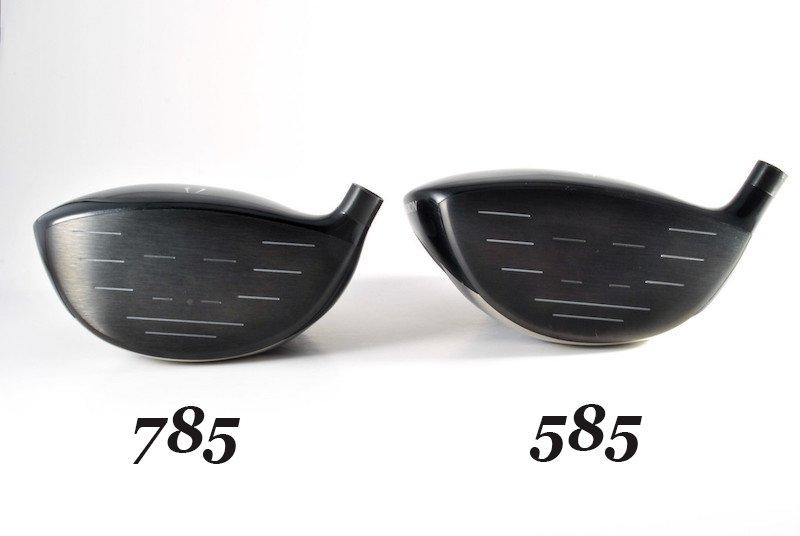 Obviously, what most are going to be curious about will be the differences in performance measurables. Because of the identical build spec’s (or as close to identical as I could get, I did not digitally loft the heads), I too was eager to see the numbers generated from the Foresight GC2 between the two clubs. In the end, what I saw was much closer than I anticipated in terms of the data alone. Images of that recorded information will follow this section, and for reference sake I elected to take the 9 best strikes for each club in sessions that were much larger. Keep in mind, when I say best, we are talking about an amateur swing here, I’m no robot, that is for sure! 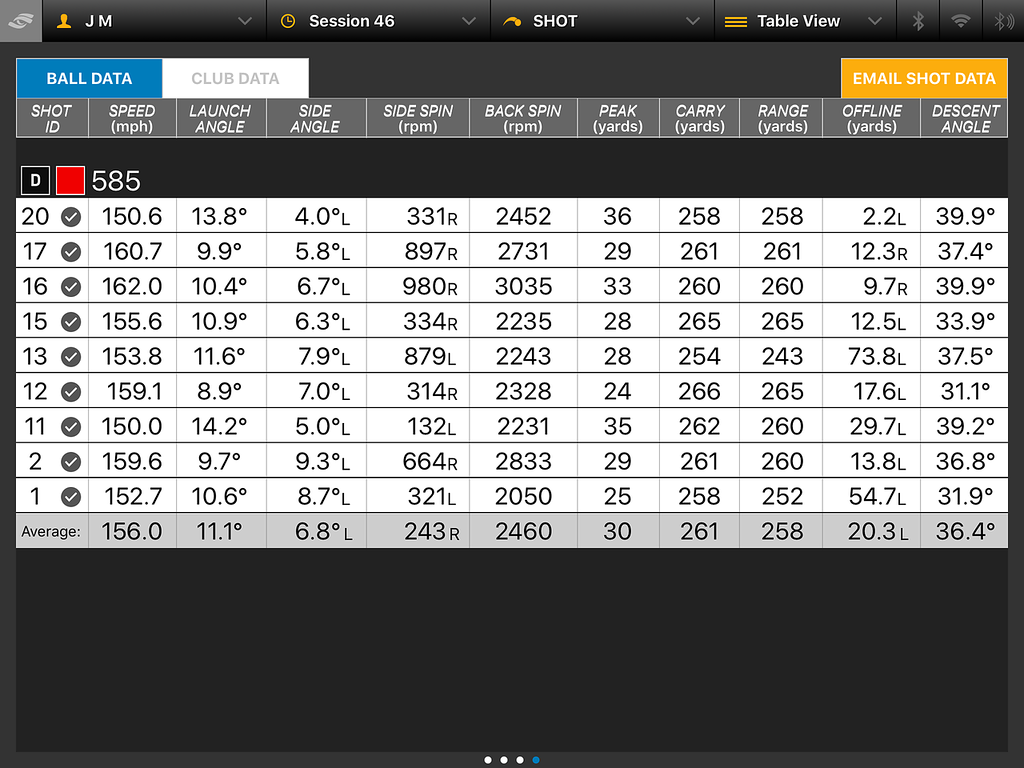 The first thing that jumped out to me was that as an overall average the 785 had an edge in terms of ball speed for me coming in at 158.3 MPH vs 156.0 MPH, however, I did have my highest single recorded ball speed with the 585 at 162 MPH. What does this tell me? Well, given the time of season and outdoor temperatures the difference is pretty negligible to me, highs were similar, lows were similar, the differences lie mostly in the forgiveness and retention on those misses which I will touch on just a bit later. In a more expected result, the 585 had higher launch (11.1° to 10.3°), spin (2460 to 2285 RPM), and peak height (30 to 27 yards). Additionally, flight wise the 585 was also more right to left biased than the 785, which makes sense given the weight placement being more toward the heel in the design. 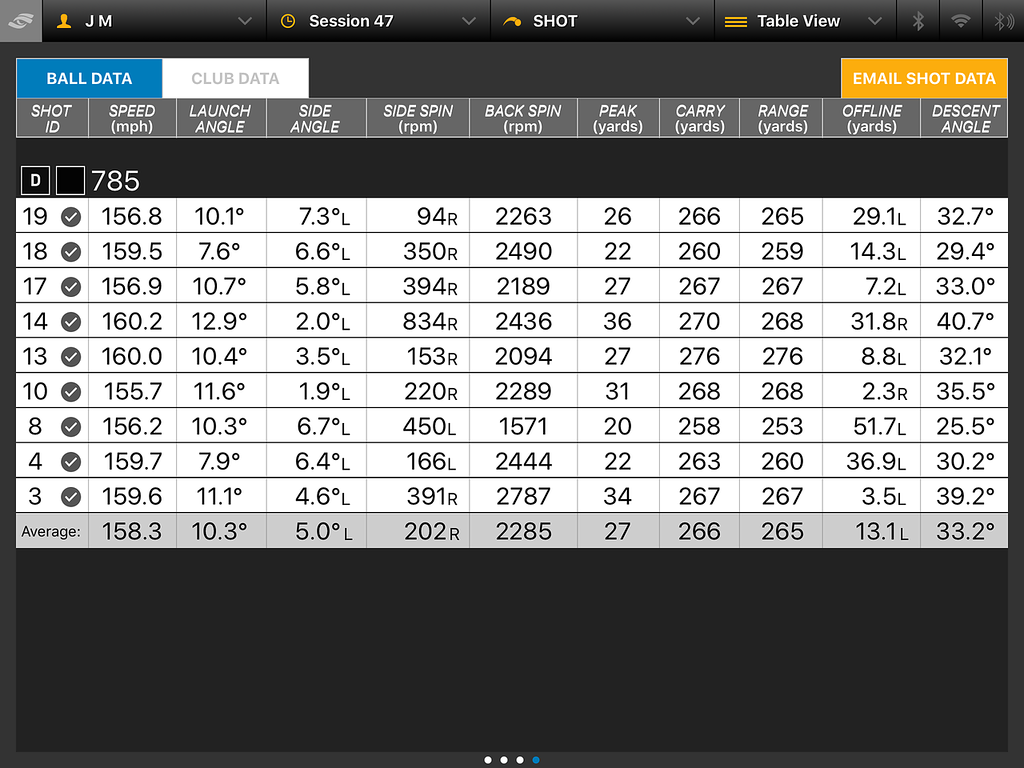 While there was not the amount of separation in pure data that I expected, the biggest difference for me was in forgiveness. I did find the 585 to be more playable on misses towards the extremes of the face, and given the shape of the head and what that does for MOI it makes sense that it be the more forgiving of the two. That isn’t to say the 785 does not offer playability on misses.  In fact, having reviewed the 765 last release cycle, the 785 is light years more forgiving than its predecessor and that truly surprised me in this whole testing process. The gap this year from the 585 to 785 is much smaller than the 565 to 765 was, and I believe a lot of that has to do with the 785 not being so super low spin this design cycle. 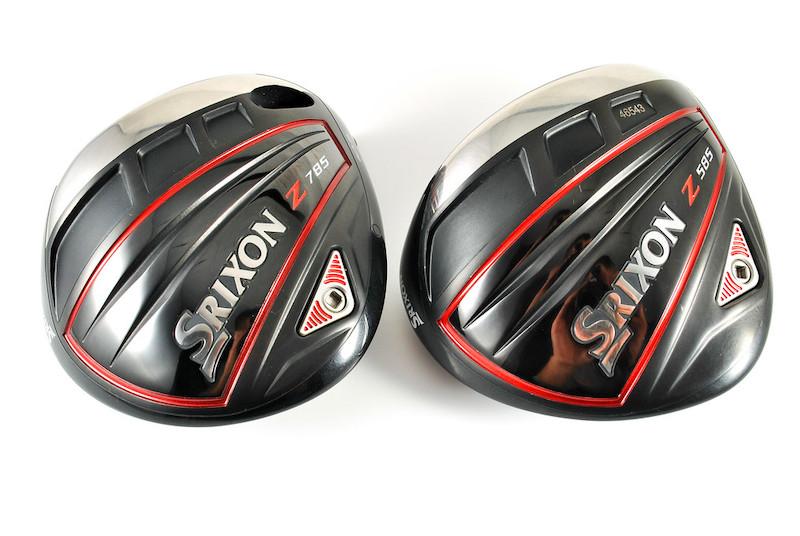 In the end, I truly believe what is going to separate these two drivers the most for people will be their personal preference. With the 585 you will get slightly more launch and spin as well as more forgiveness, but the shape is going to be the biggest differentiator as it’s a much less traditional look. On the other end, I think a larger portion of golfers can now go with the more traditional looks of the 785 and keep that adjustability we have grown to expect while still keeping a lot of playability. Yes, there are some directional and face angle differences too, but both are arguably the most well rounded driver releases we have seen from Srixon so far. If the 585/785 series is a sign of things to come, things look pretty bright for Srixon and it should be a lot of fun to see where they go from here.