Utility irons have been growing in popularity over the last couple years, especially with the latest trend of hollow body irons provide proof on the benefits of ball speed retention across the face of the iron.  With Srixon, they are actively capitalizing on that iron-like profile with the U85 Utility release, a welcomed improvement from the previously enjoyed U65 offering.  The idea of creating a hybrid like forgiveness with the shape and feedback of an iron is an exciting venture, it just seems like a matter of time before it is perfected in Utility form. 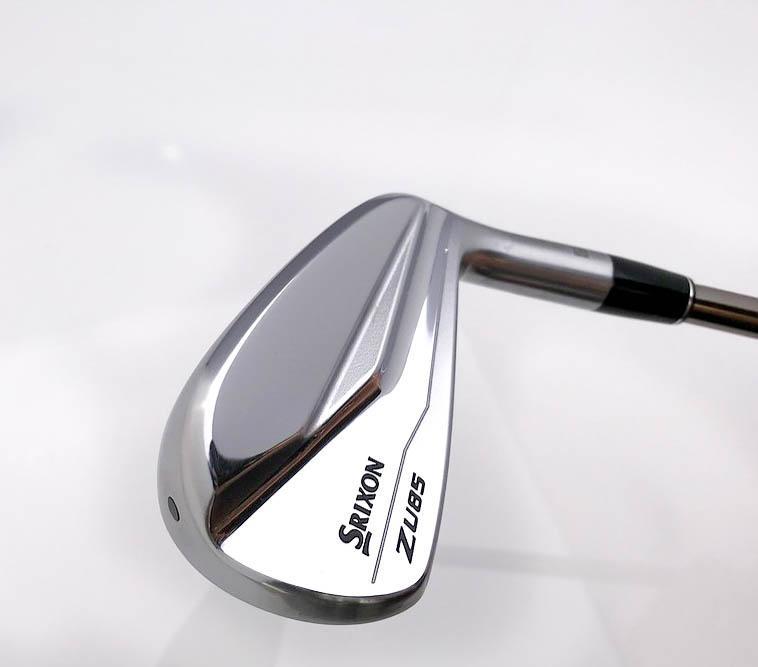 After gaining an extensive understanding of the nuances of the U65 from Srixon, I was delighted with the opportunity to put the U85 through testing to learn more about how the company has advanced a club that was very fair off the tee.  A quick comparison glance shows a couple of subtle changes to the overall presentation of the head.  Most notably, more material has been centered closer to the middle of the U85 head, and less out towards the toe.  The immediate assumption here is a slightly more robust experience when striking the ball on center face, at the cost of some toe side forgiveness of feedback.  The latest model also appears to be slightly more compact from sole to topline.

What is initially so great about a product like this is the lack of attempt to make an overly “iron” profile at address.  Sure, Srixon offers the idea that it’s an iron “like” appearance at address, and I think that is well said, but after you get beyond the sharper topline features, there is a quick boost in confidence seeing all that extra material behind the face.  If anything, it leads into a confidence inspiring consideration that this “iron-like” utility actually profiles more like a hybrid, which naturally supports favorable contact, and after the first few swings, that much became apparent.  This utility is so much more than just a responsive low lofted iron.  It is a great ‘hybrid’ between an iron and a hybrid. 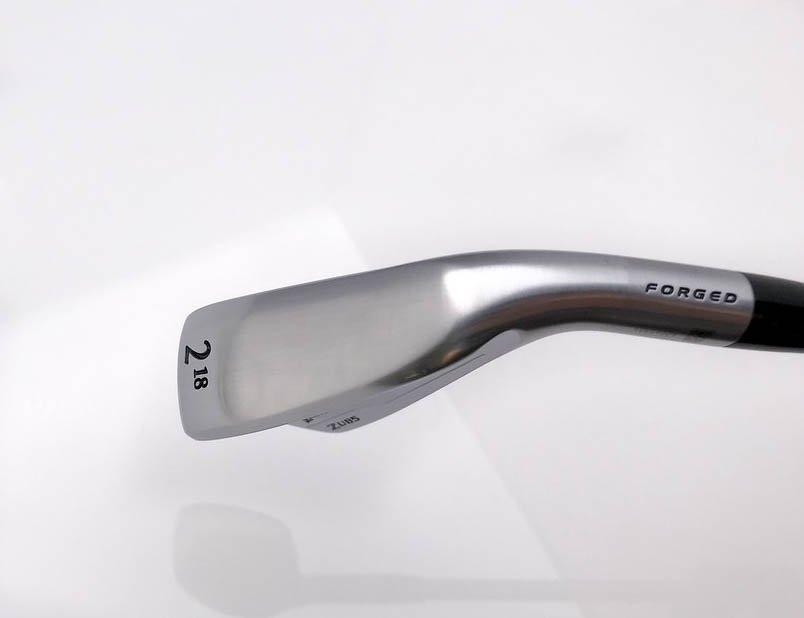 What makes utility irons so functional is their hollow body design, which supports a bit more error vs an iron (especially a players iron) as you depart from the center of the club face.  Ball speed retention becomes a reasonable expectation with the two piece design, but it quite often comes at the cost of sound quality.  This may be one of the best overall features of the Srixon utility lineup (which has improved, but it was great in the U65 as well).  The sound is not as solid as one could get out of a muscle back iron, but it is still plenty rich, and extremely rewarding on well struck shots.  Moving away from the center of the face, particularly towards the toe and also lower on the head, the sound gets a bit more dull, providing ample understanding to the hands and ears that the swing could have been better.  It is always important in a club review to be partial, but I can openly admit that sound is one of two things that make or break utility irons in my book, and Srixon is a leader in sound/contact quality.

Getting under the hood a bit, the U85 is built using soft 1020 carbon steel for the majority of the body, with a face made of very strong SUP10 face.  It is completely hollow and that is primarily what supports the forgiveness and higher launch characteristics of the head.  Another Srixon-esque feature is the laser milling, which is easy to see at closer glance.  This is carried over for various other Srixon products, and is believed to support spin and create stopping power greenside.  This is all paired with a very popular shaft in the UST Mamiya Recoil 95, and Golf Pride Tour Velvet grip. 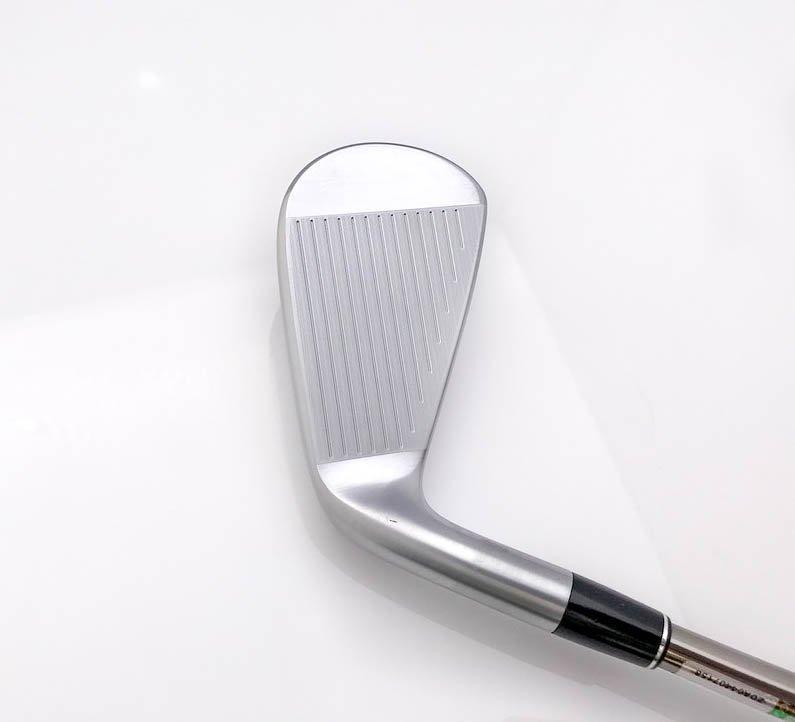 One very popular aspect of the Srixon U85 based on THP community feedback is what options are available for purchase.  They offer six different lofts, going all the way to 29 degrees, which is a fairly common six iron loft.  Whether golfers want to consider it a driving 2 iron at the 18 degree loft, or take advantage of some added forgiveness in replacement of their 5 iron at the 26 degree loft, the flexibility to slide the U85 into the bag is pretty substantial (LH availability is a bit more limited to the 2-3-4 lofts).

As this particular review took place with the 18 degree utility, it was played more as a driver replacement (and frankly 3 wood replacement) on holes that require accuracy over distance, and the results have been almost unanimously positive, with the U85 favoring a relatively straight flight for me, if not a small fall-off-center draw.  I can also create subtle fades, and more easily hard draws to support the various dog legs that surround my golf course.  Typically though, the U85 thrives on straight flight intent, and I have been able to do so at a very strong percentage of high end contact swings.  The reality is, misses have been quite rare.

The 18 degree slot is a bit difficult to really define flight and what is optimal, considering the aggressive lofting.  As a high ball hitter, pairing with the Recoil 95 created some anticipation of higher flight, but I enjoyed mid to mid/high flight off the tee, and a bit of a flattened mid flight off fairway lies.  Fortunately, Srixon offers a variety of Recoil and Steelfiber options, some being standard and some exotic.  This will provide a great opportunity to get a flight option that works well for each type of swing. 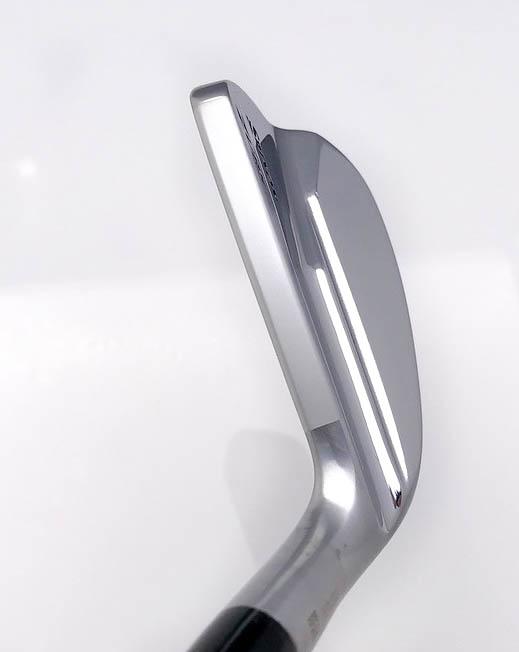 On one of the last range sessions before this review was written, I was forced onto the mats due to rain, and decided to put the U85 to the test on what I would consider to be a tight lie.  What followed was about thirty balls that launched down the range in the same quality pattern, jumping off the head and achieving decent distance.  It eliminated any concern I had about that loft/sole combination struggling from a fairway lie rather than being elevated on the tee, and now is a welcome option in that green light range on par five second shots.

The overall takeaway of the Srixon U85 was quite positive.  There is a distinct opportunity to gain straight accurate flight off the tee, with the freedom to get the ball elevated cleanly off the fairway.  Based on the overall profile it definitely favors the hybrid side of the spectrum, but the sound is distinctly iron-like.  Having the ability to run these utility irons all the way into the six iron will make for excellent blending rather being forced into an iron early by lack of options.  I will be eager to follow along with the THP Community as the full lineup gets explored.  For more information on the Srixon Z U85, visit www.Srixon.com.