The continued push by Srixon to establish a completely rounded product line for golfers all across the spectrum is one that has certainly caught the eye of many golfers. Now they are adding to their previously released 545 and 745 offerings with the new 355 line which aims to be the most “playable” offerings from the company. THP was recently able to spend in depth time with the 355 hybrid and really took a look at its performance and aesthetic traits. 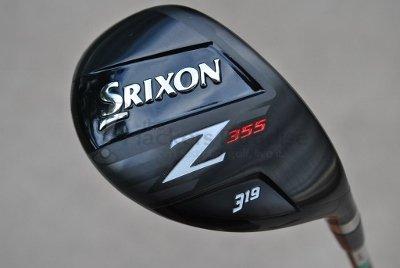 Information from Srixon on the Srixon 355 Hybrid:

We developed the new z 355 hybrid for enhanced distance and playability, and the key technology that gives you that edge is action mass.

A heavier head weight plus an ultra-high balance point shaft combine to deliver incredible consistency with maximum distance and forgiveness.

Fast and powerful HT1770 maraging steel face creates an even larger sweet spot for increased consistency and distance off the tee.

Srixon has given consumers a very clean and pleasing design from an aesthetic standpoint with this hybrid. While there is not an emphasis on “visible technology”, there is instead a very cohesive overall scheme. The 355 sits on the larger end of the spectrum, particularly in the toe section, but the shallow profile and blacked out look really help minimize the overall footprint to the eye. 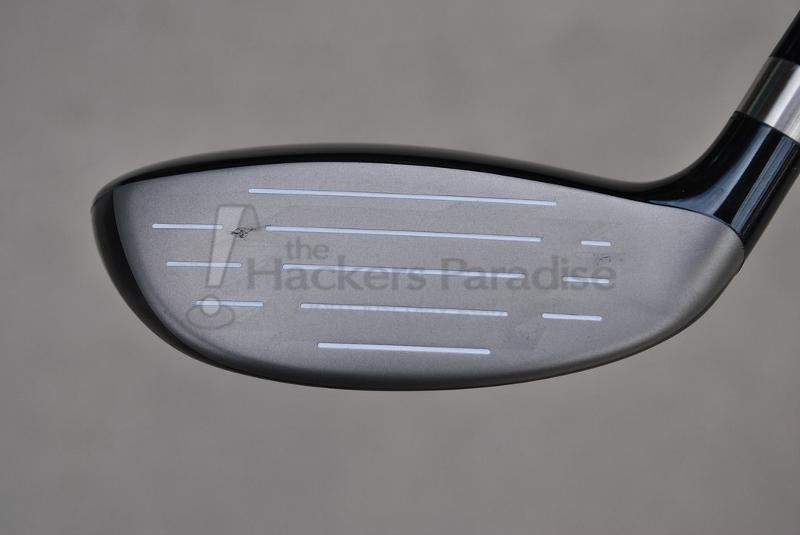 The complete package is tied together nicely with the red/black Miyazaki Jinkosu shaft offering which helps make the 355 look like it wants to hit the ball hard before ever even setting up to it. Although the profile will not be for everyone, for the range of golfers it is targeted to, it should be found very confidence inspiring. 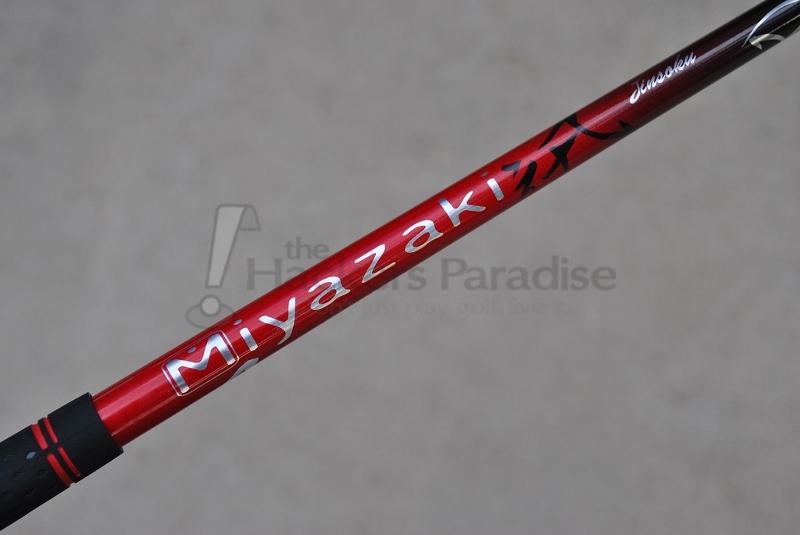 For this review, THP was able to spend time with the Srixon 355 3-hybrid at 19.0° paired with the Miyazaki Jinkosu shaft in stiff flex.

The 355 hybrid was a bit of a surprise where the feedback was concerned. Coming into the review an extreme similarity to the driver was expected by this reviewer and while it does have a metallic tendency it’s a much different type. At impact the 355 has a very sharp metallic quality, luckily it does stay on the lower end of the scale and is not piercing as some larger profiled hybrids can be. 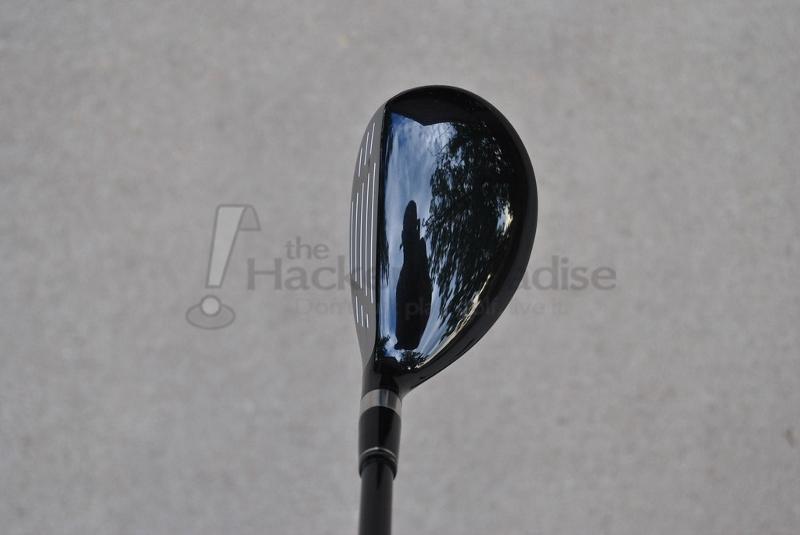 It does bear mentioning though that although the “Action Mass” tech of a heavier head and counter-balanced shaft setup is present according to the company, it was not noticeable like with the driver. Seeing as the hybrid has a pretty standard D3 swing weight compared to the D8 on the driver however, makes sense that it doesn’t stand out as much. Overall the club really gives the sensation that the ball jumps off the face thanks to the feedback given, and there really was sensation of a pure power transition into the ball on pure strikes. 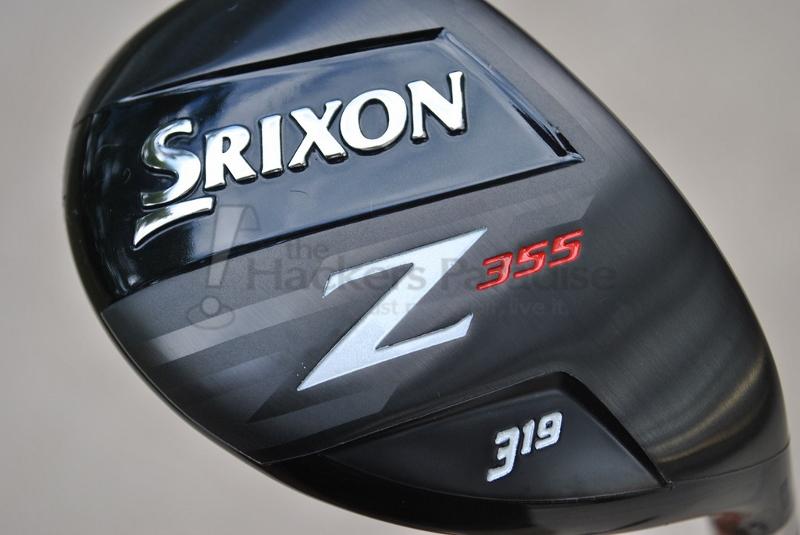 The Srixon 355 hybrid really lent itself to the higher end of the mid-high launch spectrum both off of the tee as well as the deck. Naturally, there was a better launch angle off of the tee, but each area ended up at an average apex of 32 yards over the extended testing period. Given the larger profile of the club it really proved most effective from the tee as opposed to off the deck. This comes back to the sole design of the club in the opinion of this reviewer as although it features a more shallow face to help elevate the ball off the ground, it also lacks any real funneling/interaction tech on the sole which lead to more difficulty from the intermediate to thick cuts of grass. 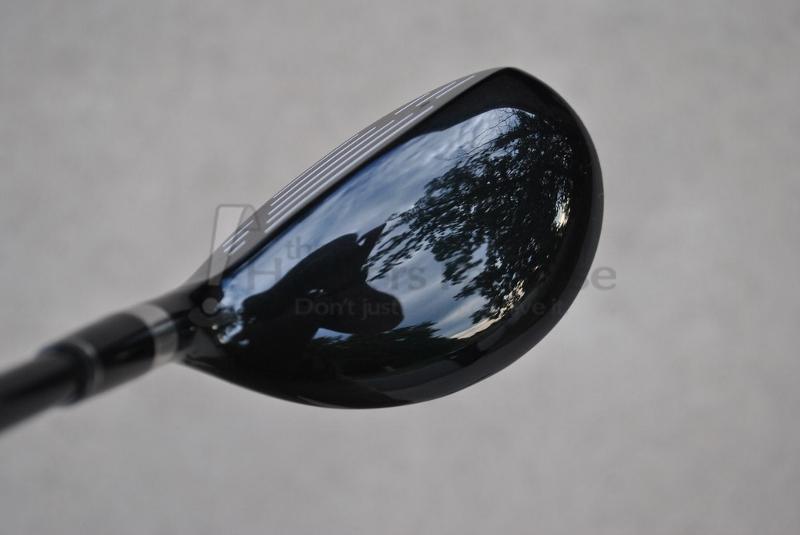 Overall ball speeds, while solid off of the maraging steel face, were simply not near the higher end of the margin compared to several others on the market. Where that translates into distance however one must take a closer look at the design intention and understand that this is not meant to be a distance monster, rather it is all about playability and that is where it shined during review. 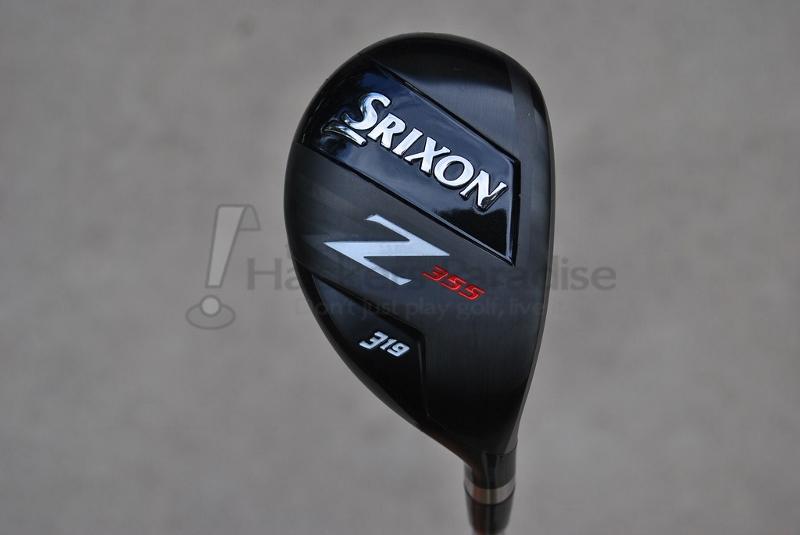 In simplest and most straight forward terms, the 355 hybrid really just wants to go the direction with which it is aimed. The more elongated profile of the head and more shallow face has really let Srixon get the CG deeper into the design which definitely helped minimize the gear effect that this reviewer saw off of misses on the face. Best results were seen toe side which is no surprise with the way the shape of the clubhead is designed placing more surface area in that region. Additionally, shots low off the face gave a decent speed retention and kept the line incredibly well given the launch drop-off on that miss. Strikes higher up were the most punished overall, but that was to be expected given the more shallow face depth. In all though, the ball wanted to stay in play, and for the target audience of the 355 release, one has to believe that was exactly the intention of this design. 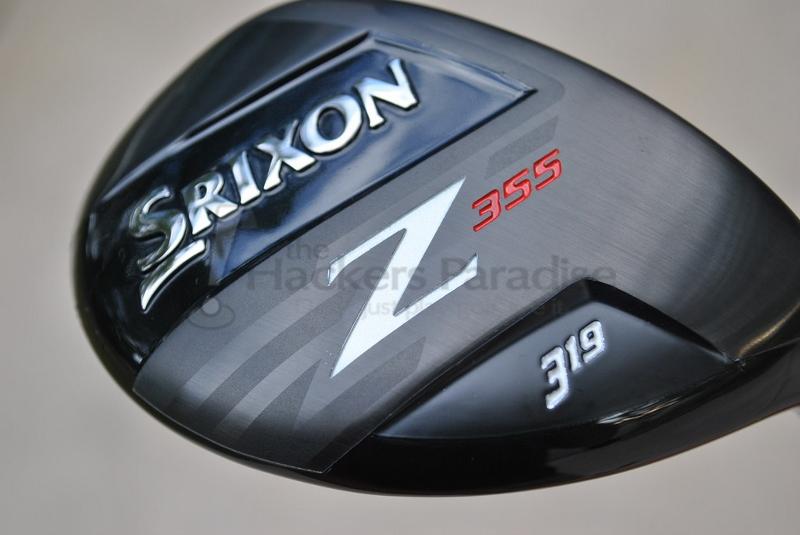 The entire 355 line from Srixon is one with a specific category of golfer in mind with its high emphasis on playability and testing really showed that the hybrid fit perfectly within that group. As with any club it comes back to what one wants, this hybrid may not offer the crazy distances or bells and whistles that others do, but it does exactly what it claims by providing a consistency that many amateurs can struggle with in the clubs. In all, there really is something to be said for that.

The Srixon 355 hybrids have a price point of $199.99 and more details on it and the rest of the new 355 lineup can be found on their website www.Srixon.com.