In November, Srixon officially lifted the veil off their new ZX5 and ZX7 irons, and the feedback has been overwhelmingly positive. ZX5 hits the mark as a player’s distance iron, while ZX7 offers a compact shape that undoubtedly focuses on the stronger iron player. Those target demographics should come as no surprise for anyone familiar with their lineup in the past. However, it’s been since the Z 355(2015) irons that Srixon manufactured a set that offered more forgiveness for the golfer who needs it. That void ends today as Srixon introduces the world to the ZX4 irons.

ZX4 joins in on the hollow body revolution while incorporating some of the technologies we have come to expect from Srixon. Similar to the ZX5, these irons feature Srixon’s new MainFrame design. MainFrame is a variable thickness face design that maximizes the ball speed across the face. As is part of the rage these days, this face pattern was engineered with assistance from artificial intelligence and machine learning-based off of thousands of simulations. Combine this face design with the hollow body construction, and the ZX4 irons a built for forgiveness and speed.

According to Dustin Brekke, Director of Engineering at Srixon, “The new Srixon ZX4 irons mark a new revolution in forgiveness for Srixon. The irons include a fully hollow construction with wide soles for getting the center of gravity extremely low and providing maximum forgiveness from the turf.”

Over the years, many players have come to enjoy the feeling they get from a Srixon iron, which presents a challenge on how you make a hollow set from short to long irons keep up with that reputable feel? The answer to that comes from the marriage of the forged HT1770 Steel face and the 431 Steel body. While the lightweight and strong face allow for more flexing at impact, the body works to absorb many of those vibrations, which will help create a softer feel in the hands.

Another part of that signature feel players have enjoyed from Srixon’s offerings isn’t just because of how the ball feels/sounds coming off the face, but instead how the club reacts to the ground. With various V.T. sole designs through the years, Srixon has been one of the leaders in creating improved turf interaction. Thankfully, the Tour V.T. sole is indeed present here, which means these ZX4 irons should cut through the turf with no issues, even for those of us who tend to hit just a bit behind the ball.

Now for what everyone loves to look at, the specs. As you might imagine, a clubhead designed for forgiveness, speed, and high launch is going to have some stronger lofts. As you can see on the chart below, ZX4 does indeed have some aggressive lofts. For comparison, the 7-iron in the ZX4 is 28.5°, 2.5°stronger than the 31° ZX5 7-iron. Srixon has used tungsten in the long and mid irons to ensure that even with these strong lofts, the ball will launch consistently high. Offering even more help in the launch department is the Nippon N.S. Pro 950 GH Neo steel shaft. Those looking for graphite will find the UST Mamiya Recoil 760/780 SmacWrap is the stock offering.

Srixon’s most forgiving iron is here! The ZX iron lineup clearly offers something for everyone, whether you are a well-accomplished ball-striker, a player who wants a distance package with a more players style look, or someone who needs the extra help in distance and forgiveness. What do you think? Could you find the ZX4 making its way into your bag this season? 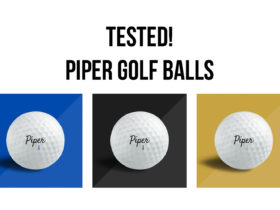