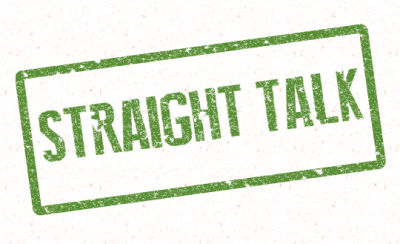 I’m so excited about this new endeavor that the brass at THP was crazy enough to let me talk them into.  This is going to be a spot where I will come at you with a couple of columns a month on anything that I feel like talking about!  We’ll talk about a wide range of topics that seem to spark the most conversation with golf fanatics around the world.  The best part about this is that it’s my column, so I obviously get the last word, but don’t let that stop you from engaging in the debate, even though I’ll always be right! I really think you’ll enjoy this new feature, so please chime in with your thoughts by commenting below and together we’ll keep the conversations going strong.

A recent thread on our forum is just begging for me to sound-off on and it’s about music on the golf course.  In fact, THP recently conducted a super cool roundup with tons of different Bluetooth speakers for use on the golf course.  If you missed it, you can check it out here.  Some people absolutely despise the idea of having a little speaker playing some tunes while they golf.  Not only are they against the idea, they seem to pack a lot of resentment toward the people who do like to come jam on some tunes while playing.

I get it, I really do.  I mean, it seems like for years golf courses were known as places that had to stay quiet at, especially while your playing partners were hitting.  A golf course was always a place that you could go and expect to hear nothing but the sounds of nature and the occasional golf clap.  Nobody wants to be playing a serious round of golf while forced to listen to Metallica three holes away.  I’ve heard people calling for local rules banning speakers on the golf course.  While I don’t know that we’ll see anything quite that extreme, I do get these people’s point of view.  Some of those opposing the idea even go as far as stereotyping those who like to have music on the course as drunken idiots.  Look, I’ve been a drunken idiot on a course with and without music, so please don’t try to draw a correlation there!

I started seeing speakers on the course a few years ago from guys in my Men’s Club.  At first I wasn’t crazy about it to be honest.  When I play in Men’s Club events I’d say I’m fairly serious about trying to shoot a good score, and obviously more intense in events like the Club Championship than the weekly games but yeah, you can say I wasn’t a huge fan.  Strangely enough, the more I started to hear it, the less it bothered me.  In fact, I picked up my own speaker and it was game on.

At first I would listen pretty quietly and only when around close buddies who I knew wouldn’t mind.  The turning point came during a fun round at a THP outing. I was on the course with three of my good buddies and the playlist consisted of 90’s hip-hop. The rest is history.  That was hands-down the most fun I had ever had on a golf course. It was late afternoon into the early evening and many of the people had finished playing for the day, so the course was basically ours and we were jamming.  The music made an already fun round nothing short of an absolute blast. I was hooked!

Let me tell you a little story that I think really helped me and the boys on Team Paradise win the 2013 Morgan Cup.  We’re in a team practice round on the Thursday before the matches started and we’ve got a few holes lead on the groups behind us.  We had two separate foursomes working with their partners to prepare for the matches to come.  As the team captain I got to make the rules the for the round and we were down to the final three or four holes with nobody pushing us, so I made the call – let’s have some fun boys.  The next thing you know we had all eight guys on the tee box bouncing around and dancing to some 90’s hip-hop.  We were just having a blast.  I looked at one of the guys on the team and I said, “Dude, we’re going to win”.  At that point, I just knew it. We were all so loose and having so much fun, while the other teams seemed to be pressing.  We did go on to win the 2013 Morgan Cup and I really do feel that having some tunes going and getting my guys relaxed helped us get to that point.

Now to calm down all those who are hollering about my lack of golf etiquette, I will say that when the matches started the tunes stopped.  I don’t always bust out the speaker and crank up the hip-hop, but you better believe that if I’m playing in a relaxed round with some buddies we’ve got some kind of music involved.  Put me in a four-man scramble that involves some ice-cold beers and the tunes might wind up getting a little loud.  Now, don’t start throwing the drunken idiot comments out, because I do realize that there needs to be a level of respect involved. If others are around who take issue with it, the volume will get reduced, but I’ve yet to have anyone complain, so I can only assume that everyone else on the course is as big a fan of 90’s hip-hop as I am.

My thoughts are this – if you want to play some tunes on the course, then by all means do it.  It doesn’t make you a drunken idiot any more than not liking music makes you a stuck up snob.  I do suggest that if you run across some of those who have voiced their extreme displeasure you might want to turn it down a notch.  Give me some THP’ers in a fun setting, a couple cold beers, and crank up the 90’s hip-hop. I’ll show you the most fun you’ve ever had on the golf course!  You might even find yourself throwing up a good score. Funny how that can happen!  So, read that speaker roundup, get yourself one that is going to meet your needs, and get ready to have some fun.

Dislaimer:  The views expressed in this article are Jake’s own and do not necessarily reflect those of THP Media Inc or its owners.