Launched aboard an actual jet like only TaylorMade could do, the JetSpeed line of metalwoods features much of the same technology we’ve seen in the SLDR line, but at a lower price point and in a setup that could appeal to a different segment of players. 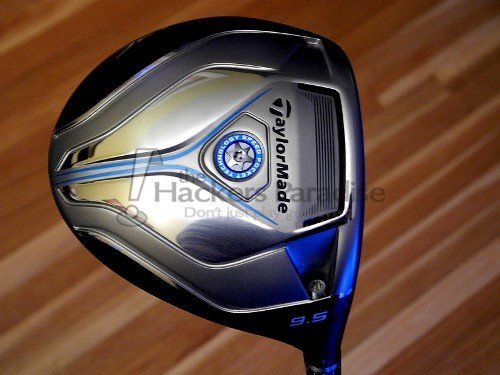 The JetSpeed driver isn’t called JetSpeed for nothing. All elements of this club converge to promote extreme velocity. Swing speed. Clubhead speed. Ball speed. When a jet puts the pedal all the way to the metal it’s known as Full Military Power. That’s what JetSpeed delivers. 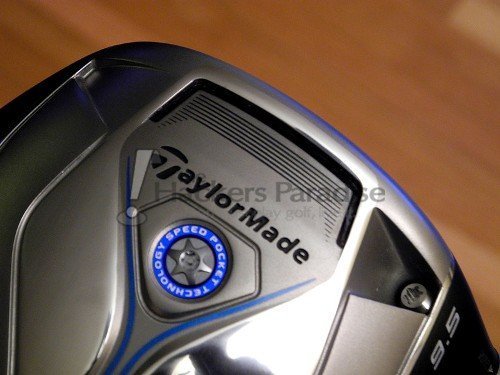 The JetSpeed is the first TaylorMade driver to feature the omnipresent Speed Pocket that has made an appearance in almost every other product the company has released in recent times. While the Speed Pocket is often given credit for distance gains in other TaylorMade clubs, with the JetSpeed driver it has been incorporated to increase forgiveness, specifically low-face forgiveness.

Due to face curvature, the common result from low face misses with drivers is a shot with increased spin, which often results in a higher, shorter shot. On the JetSpeed, the Speed Pocket was designed to allow the driver to maintain lower backspin rates with this miss, which in theory should help preserve carry distance.

It should be noted that because the Speed Pocket is filled with a polymer, there are no issues with material collecting inside it like we’ve seen with some other slotted clubs in past years.

If you’ve paid any attention to current driver technology, you already know that there has been a bit of an about-face with the location of the center of gravity (CG) in the last year. TaylorMade led that charge with the introduction of the SLDR in the summer of 2013. Explaining the change in direction, TaylorMade says that low-forward cg location “has been proven in previous TaylorMade drivers to generate faster ball speed and lower spin compared to the low-back CG that has for years been accepted as the best location for promoting distance. Because low-forward also promotes a lower launch angle, most players will have to “loft up” to realize the full distance-enhancing benefits of JetSpeed.”

As THP discussed in the reviews of the SLDR line, the negative side to the gains realized through low-forward CG placement is a potential loss of forgiveness, though the addition of the Speed Pocket the JetSpeed driver does attempt to address that issue. 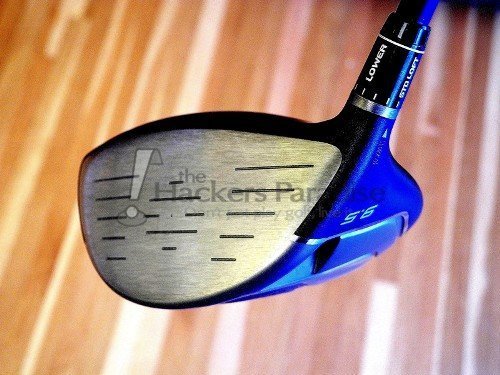 Though TaylorMade moved away from idea of ‘longer and lighter is longer’ with their past few driver releases, the JetSpeed brings that idea back. A streamlined head shape combines with a 46” Matrix Velox T shaft that weighs in at 50g. At a total weight of 299g, the JetSpeed is among the lighter drivers on the market at the moment. 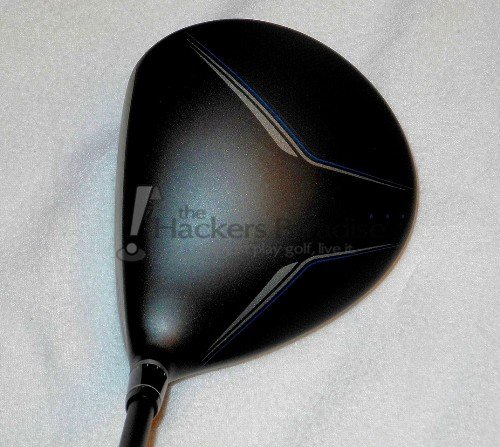 Visually, the JetSpeed driver shares many traits with the SLDR, especially on the sole. Sharing the same cerulean blue and shiny chrome finish, the most glaring difference between the two is the lack of a sliding weight on the JetSpeed.

A matte black crown with graphics reminiscent of the Burner driver further serves to give the JetSpeed its own identity from the SLDR. The crown’s finish is a huge departure from anything TaylorMade has released in a very long time and should be attractive to many people. As is the norm for TaylorMade, the entire club features the same blue color scheme, with the Velox shaft specially painted to match the head.

In hand, the club feels nicely balanced considering the light weight. The Velox shaft plays a part in this, as it is designed with more weight towards the butt end, which accommodates today’s modern, lighter driver heads. At impact, the JetSpeed’s sound falls right in the middle between loud and muted, with a touch of hollowness. While not extremely pleasing, it wasn’t offensive by any means and most will find it satisfactory.

The JetSpeed Driver was tested on the golf course and using a Vector X launch monitor. The club tested was 9.5° in loft with the stock Matrix Velox in stiff flex. 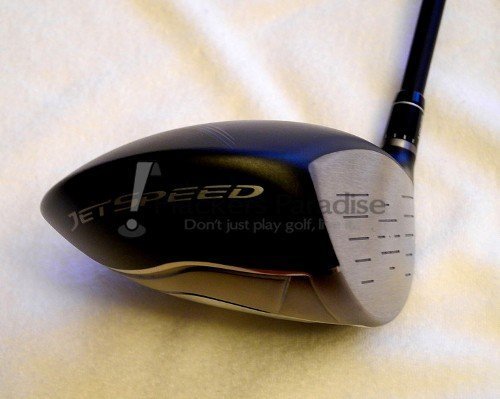 With center impact, the JetSpeed delivered higher ball speeds along with medium launch and lower spin rates. This combined to produce a boring, mid trajectory ball flight and above average total distance. Carry distances weren’t the longest seen by this tester in the last year, but were acceptable could have been increased via lofting up to increase launch angle. Still, the trajectory resulted in more roll out than normal, which was great for late fall in the Midwest.

Considering the spin rates seen in Vector testing, those players looking to reduce spin may find some help with the JetSpeed, especially with the right shaft, but those lacking spin may struggle to find a suitable trajectory unless they opt to increase loft. The shaft should help to raise ball flight, as it’s higher launching, but even then, spin rates were on the low side.

As discussed earlier, low-forward CG placement does have a negative effect on MOI and the JetSpeed was not immune to that, even with the addition of the Speed Pocket. While low face forgiveness was better than expected, lateral misses were still punished somewhat severely.

As a player that relies on accuracy rather than length off the tee, this proved to be troublesome at times. A typical scenario on a toe miss was a ball that started low, hooked quite severely, and then chased either off the fairway or out of play. Center impact was consistently accurate for the most part, even with the longer shaft, but a high-toe miss proved to be rather penal.

This does leave the question of who exactly the JetSpeed is designed for. The assumption that it was made for the higher handicap player (in comparison to the SLDR) may not be the case in our opinion. The lack of lateral forgiveness could make it a tough sell for those that have trouble consistently making center contact. Rather, it may be best for the player that hits the center of the face often, needs more swing speed, and possibly wants to lower spin rates.

At $299.99, those consumers looking for “SLDR Lite” may find just what they are looking for with the JetSpeed driver. The lower price point and slightly more user-friendly setup could prove attractive to a certain segment of players noted earlier, but many will be excluded as well, just by virtue of lower forgiveness and lower spin. While the potential for distance gains is there with the low-forward CG placement and longer/lighter build, players relying on forgiveness with off-center contact may find themselves wanting a little more. For more information, you can check out TaylorMade’s website at www.taylormadegolf.com.