TaylorMade Golf today launched R11S, the most technologically advanced driver to date. The all-white, USGA maximum 460cc R11S features a 3° Flight Control Technology (FCT) sleeve and an all-new 5-way Adjustable Sole Plate (ASP) which allows the golfer to find their optimum address set-up – a proprietary setting not found in any other driver. Combined with TaylorMade’s Movable Weight Technology (MWT), the new R11S driver can be tuned for 80 separate launch settings, making it the most adjustable driver in golf. 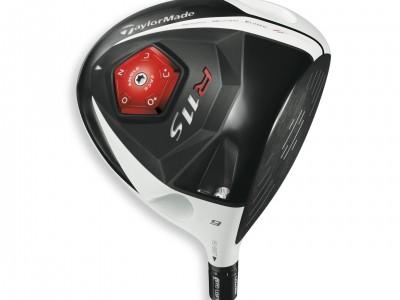 “The R11S is a golfer’s dream come true; it’s the realization of every ounce of innovation, adjustability, and performance we could package in a bigger, more aerodynamic, white clubhead,” said Sean Toulon, executive vice president. “It would have been easy for our product creation team to rest on the laurels of the original R11™ driver, the most successful product we’ve ever created. Instead, we’re delivering golfers yet another significant advancement in adjustability and performance. And, with the proper fitting, we know golfers of all skill levels will be longer and straighter off the tee.”

At 460cc, the R11S is at the USGA limit for size. Similar to the original R11, the new R11S features a flat-white crown color and black PVD face to improve alignment and accuracy off the tee. Its address footprint measures more than 11,500 mm², and its white crown color makes it appear even larger (2%). That’s an advantage given that TaylorMade testing indicates that the majority of golfers gain confidence at address from a head that appears large relative to the ball. 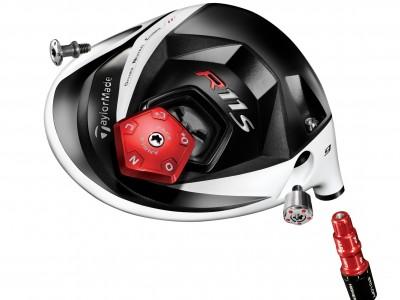 New 5-Way ASP Provides More Tuning Options
ASP technology was a major performance breakthrough as it complimented Flight Control, a technology first introduced in the R9 family. When FCT is employed alone, the loft and face angle is coupled by the sleeve system. Adjustable Sole Plate technology allows the decoupling of loft and face angle by using a sole plate to adjust face angle independent of loft sleeve setting. Very simply, that means you can adjust the face angle independently of the loft, and vice versa. The five face angles made possible by the improved ASP Technology of the R11S are neutral, slightly open, open, slightly closed and closed.

ASP Technology is characterized by a raised, five-pointed plate on the sole roughly the diameter of a quarter. Changing its position is easily achieved by loosening the screw that holds it to the sole, rotating the ASP, then re-tightening the screw.

ASP works with FCT to create 40 combinations of loft and face angle, which can be used to further accentuate a face angle or counter a negative face angle due to a sleeve adjustment. It effectively doubles the range of face angle for the club for ±4° to ±6° or alternatively can create 5 lofts in 0.75° increments with the same face angle. 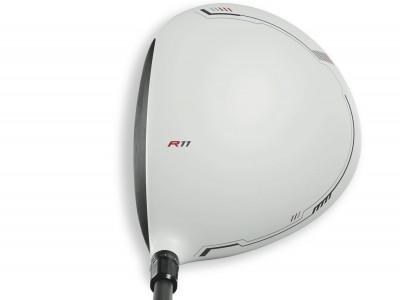 Flight Control Technology
Flight Control Technology allows you to change the orientation of the driver head with the shaft to effectively adjust the loft up or down, giving you 8 choices of lie and loft/face angles at range of 3° of lie and 3° loft/6° face angle for up to approximately 60 yards side-to-side trajectory adjustment and 3° and 1500 rpm of launch condition change.

Movable Weight Technology
TaylorMade introduced Movable Weight Technology (MWT) in 2004 in the r7 quad driver. MWT gives golfers the ability to easily move discretionary weight to different areas of the clubhead to shift the CG location to promote changes in trajectory that produce greater distance and accuracy. Millions of TaylorMade metalwoods with MWT have been sold since the introduction of the r7 quad.

Employing two widely spaced weight ports delivers 4 mm of CG change from heel to toe to promote up to 20 yards of side-to-side trajectory bias. The R11S includes two MWT cartridges, one weighing 10-grams and one weighing 1-gram. Configuring the weights properly is intuitive: To set up a neutral bias, install the heavy (10-gram) weight in the toe; to create a draw bias, install the heavy weight in the heel. If a more neutral setting is desired, 4- and 6-gram cartridges are available separately, and so are other cartridges of varying weights, which allow you to change the club’s swing weight as well as promoting changes in trajectory. 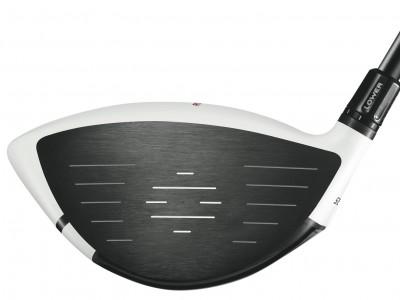 Combining MWT, FCT and ASP
Together, MWT, FCT and ASP allows for 80 launch-condition combinations, the most of any driver in existence. The total launch condition range is 3° and 1500 rpm by combining full FCT and MWT settings.

Players can also adjust the weights to influence trajectory, either to enhance the launch conditions created by the face angle setting, or independent of the face-angle setting. For instance, some players prefer to look at an open face at address while still desiring a draw-bias performance. With the R11S driver, the player can open the face and install the heavy weight in the heel, resulting in an open face but a draw bias weighting.

Inverted Cone Technology
Like every TaylorMade driver since the R500 Series (launched in 2002), the R11S incorporates TaylorMade’s Inverted Cone clubface technology, which dramatically expands the COR zone, which is the portion of the clubface that delivers maximum ball speed. 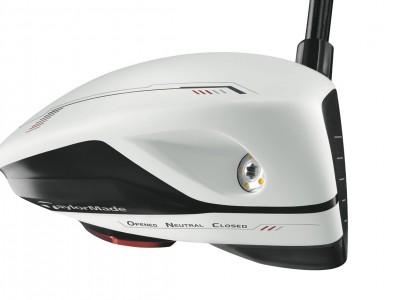 Shaft and Club Specs
The R11S measures 45.75” and is equipped with an Aldila RIP Phenom 60 shaft (X, S, R and M flexes), which weighs 60 grams and which features a medium-firm tip profile. RIP shafts feature Reverse Interlaminar Placement to provide more stability more stability at impact and promote more distance and control without the harsh feel associated with some firmer tip shafts.