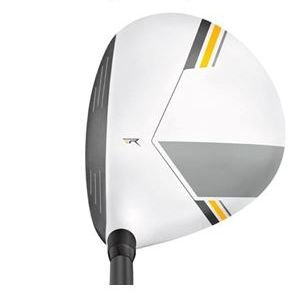 Promises of more distance seem to be coming from everyone these days.  It seems as if every new product on the market comes with a claim that you’ll hit the golf ball further if you buy the club.  It wasn’t long ago that about the only time you saw distance being marketed was with drivers.  Not anymore.  The pursuit of more distance has reached an all-time high. We see companies putting out clubs that we can swing faster, that are easier to hit, and that we can hit further. One company that has been on the forefront of the pursuit for more distance is TaylorMade Golf.  Like clockwork, the folks at TaylorMade rang in the New Year bearing the gift of distance, this time with their new RocketBallz Stage 2 line of metal woods.

THP received the entire line of RBZ Stage 2 metal woods and I was asked to test out the fairway wood.  I was more than ready to put these claims of more distance to the test.  Shortly after receiving the 15° degree 3 wood, TaylorMade’s ad campaign began – 17+10 is what I am being told.  I’m no math wizard, but I know that 17+10=27. TaylorMade is telling me that I’m going to hit this fairway wood 27 yards further than one that I just picked up a couple of seasons ago?  This better be good! 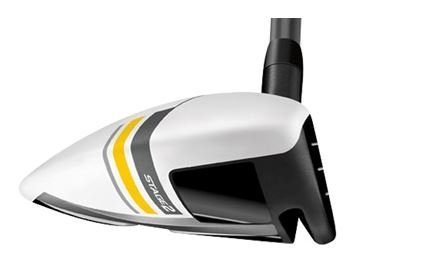 The white is back and it’s starting to appear as if it’s here to stay for a while.  Along with the white are some graphics that immediately catch your eye. They aren’t overly busy, but are definitely something that you are immediately drawn to after peeling the head cover off (which is great by the way).  I don’t know if the talk of a faster club makes me think of this or not, but the graphics remind me a little of racing stripes in a way.  I like how they start on the crown and wrap around the club to tie into the look from the sole.  You see a hint of last year’s RocketBallz in it, but there is definitely an updated look with the addition of more color and graphics on the Stage 2.  I really like the contrast of the white crown and black face. They come together for a great look at address.

After posting pictures, the first question that popped up from members of the THP forum was whether or not the graphics were distracting.  I cannot stress this strong enough in words, but no they did not distract me in the slightest bit when it came time to start hitting balls.  Everyone I showed this club to had a similar response. I heard a lot of “oh wows” from people right away.  The RocketFuel by Matrix shaft is black with some of the same colors from the club head incorporated in as well.  As I mentioned, the head cover is great.  It has a fresh new look and a very noticeable yellow color. The stripes are also there, along with a black handle for easy removal. 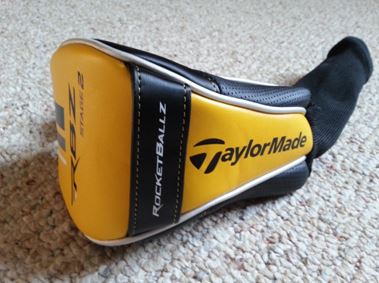 Another aspect of the look of a club is how it sets up to the golf ball at address.  TaylorMade gave the Stage 2 a shallower profile than the original RBZ.  This really makes it setup well behind the ball, especially as you’re about to hit a shot from the fairway.  This lower profile helped build confidence before I even started my swing, and that is something that I find very important when searching for a good fairway wood.  In my opinion, success is often determined before you even begin your backswing, and the confidence the RBZ Stage 2 provides definitely helps.

The first thing that came to mind after I opened the package containing the RBZ Stage 2 fairway wood was “mini driver”.  I could tell from the first time I looked at it that it was a bomber. Distance was definitely not going to be an issue.  My immediate concern was whether or not I’d be able to hit it off a tight lie without a problem.  Here’s where the Stage 2 fairway wood gets good in my opinion.  It’s smaller than the original RBZ 3 wood by almost 25cc (175 to 197). That, along with the fact the face is shallower, makes hitting it off the deck a piece of cake.  While it is smaller than the RBZ, which in my opinion was just too big, the Stage 2 is still bigger than most fairway woods I’ve used.  The redesigned Stage 2, with its shallower face and lower head profile, along with a low and forward CG, helps launch the golf ball higher and makes it easier to hit.  So far we’re well on our way to a solid performing fairway wood. 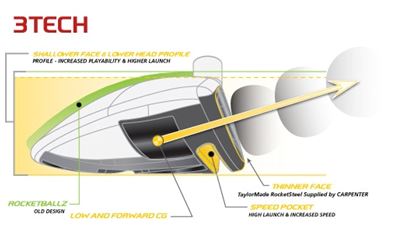 Seeing positive results off the fairway had me excited to get to the next portion of my testing- using the Stage 2 off the tee.  I felt it was important to separate the testing of the Stage 2 fairway wood because of the various comments and needs of those interested in my early tests.  Many people said they could see themselves using the Stage 2 exclusively off the tee for those narrow holes where accuracy is at a premium.  While I was very impressed with the performance off the turf, the RBZ Stage 2 completely blew me away off the tee.  Easy to hit?  Yes, very much so.  Long?  Are we sure this thing isn’t a driver?  Accurate?  Without question.

When hit well, the ball just screams off the face.  Alignment is made easier with the contrast of the white head and black face.  Lastly, I am definitely impressed with the forgiveness of the Stage 2 fairway wood.  It doesn’t take a perfect swing to get good results.

Digging into this 17+10 claim a little further showed that for better players, or those with a ball speed of 150 mph, the Stage 2 fairway wood can produce up to 10 more yards – on top of the 17 more they were seeing out of the original RocketBallz fairway wood.  I didn’t have the original RBZ and launch monitor testing showed that my ball speed with the Stage 2 was at 148.1, just shy of the 150 needed to tap into that full claim.  The distance I was seeing was still quite impressive.  On the launch monitor I had a 10 shot average (off the tee) of 257 yards.  Again, I don’t think that’s a full 27 yards further, but it is definitely further than I’ve ever hit a fairway wood on average.

Whether off the tee, out of the fairway, or from light rough, I had success with the accuracy of the Stage 2.  I found myself going for some big shots to really test the limits of this thing and never wound up getting really wild with it.  That is a pretty solid endorsement, not only of the technology packed into this club head, but also of the RocketFuel by Matrix shaft.  It held up to the hardest of my swings and also delivered a nice smooth feel through impact. 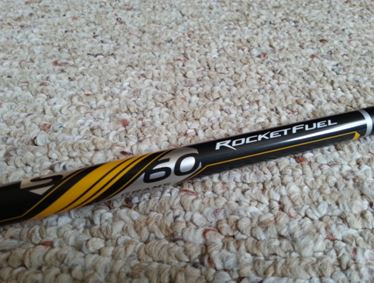 I liked what I saw in the RBZ Stage 2 right away.  I loved the decision to redesign the profile, making it shallower and smaller than the original RBZ.  All the things I liked about the original RBZ are still very much a part of the Stage 2, but they made it a better all-around fairway wood by making it easier to hit off the fairway and out of light rough.  You can really feel the ball exploding off that thinner face and I found a consistently higher launching and straighter flying shot.

The look of the RBZ Stage 2 immediately grabs your attention and the performance keeps you around long after your love-at-first-sight experience dies out.  To be able to get yardages like I was getting out of an easy-to-hit fairway wood could certainly change the way I play golf. Those unreachable par 5’s are going to be right in my wheel house.  Those tight holes that I was using a hybrid off the tee now become birdie holes with the Stage 2 launching balls down the middle of the fairway with ease.  As with most years, TaylorMade has come out promising distance out of the new line of metal woods. In this case, the performance lives up to that hype.  The RocketBallz Stage 2 fairway wood is now available for $249.99 and you can find more information at www.taylormadegolf.com.