The Knuth High Heat driver was one of the more unique clubs to hit the market in 2015 and in case you missed the THP Review of it you can find that here. It is a rather perplexing piece of golf equipment because it features some unique looks and a rather odd sound, so when given the chance to speak with the club’s creator, THP wanted to share the information.

Dean Knuth, often referred to as the Pope of Slope, due to his background as developer of the USGA’s Course Rating and Slope Rating System sat down with THP to discuss some of the more technical aspects when it comes to designing drivers. 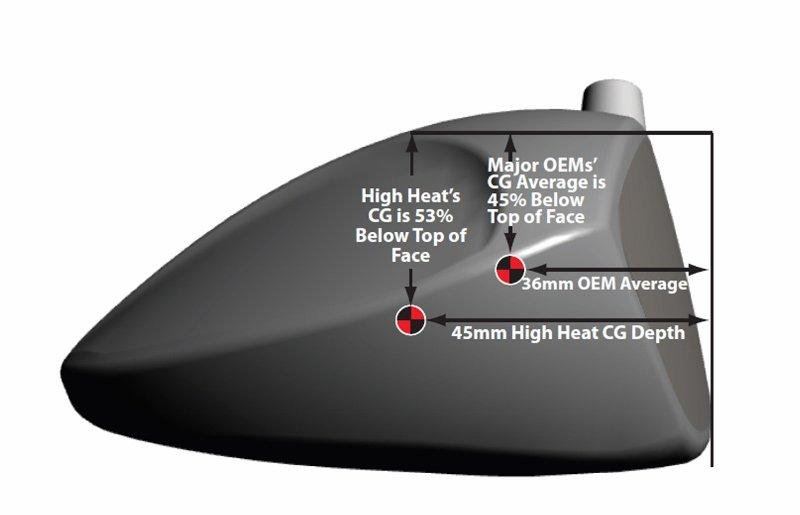 THP: What are the biggest differences in a driver designed for the amateur golfer and one specifically for the Tour player?

Dean Knuth: The vast majority of all drivers sold to amateur golfers are drivers designed for Tour players who have 115+ mph swing speeds, consistently hit their tee shots on or very near the center of the face and with swings that launch the ball with low spin rates. Thus, almost all internal discretionary weight is used to maximize distance—not control. By contrast, High Heat is designed specifically for scratch to high handicap amateur golfers with swing speeds less than 115+ mph and uses discretionary weight to optimize not only their spin and distance, but, critically–forgiveness and accuracy. As a result of these different objectives, High Heat’s Center of Gravity (“CG”) is 25% deeper and 18% lower than the average CG location of major brands and its MOI is 25% higher than their average MOI.

THP: CG (Center of Gravity) location is such a buzz word/phrase right now. How does moving the location of it internally change the dynamics of a driver?

Dean Knuth: Moving the location of a driver’s CG has a significant change in the dynamics of a golf driver. However, those dynamics change depending if the golfer is a Tour player with swing speeds of 115+ mph or swing speeds of almost all amateur players. Moving a CG forward and close to the face reduces spin which theoretically adds distance. (But, at the same time makes it much harder to get the ball in the air if the golfer has swing speeds less than the Tour player). So, forward CG locations are desirable for Tour players because with their positive angle of attack and high swing speeds they can obtain an optimal ball flight with lower spin for more distance. However, for virtually all amateur golfers, forward CG locations are not beneficial to them because they have to play with drivers with actual lofts much higher producing more spin than a driver with a deeper CG so they lose the benefits of the lower spin associated with a forward CG location.

A much deeper CG achieves the same ball flight for amateurs as a forward CG but with an actual lower loft and resulting less spin. At the same time a deep CG offers the amateur golfer significant benefits important to them not provided with a forward CG driver—a higher MOI for greater distance and accuracy on off-center hits and a driver which is much easier to strike. 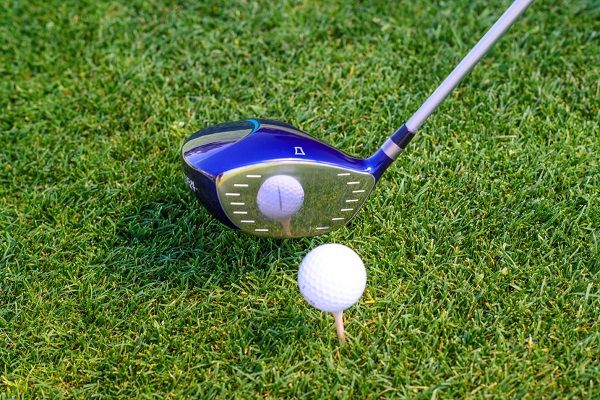 THP: MOI (moment of inertia) is another buzz word/phrase and THP feels that many times it gets overlooked. How important is this in design for golfers of different abilities and how much can more MOI assist?

Dean Knuth: MOI is a term used in physics that refers to the amount any object twists when it is struck somewhere other than on its CG. Having a high MOI is very important for amateur golfers of all different abilities, because a high MOI provides two distinct advantages: (1) The higher the driver’s MOI, the less it twists on off-center hits and the less it twists the less ball speed is lost. As a result, a higher MOI directly improves distance with better ball speed on off-center hits; and (2) a higher MOI improves the “gear effect” of the driver’s bulge and roll which in turn makes the tee shots more accurate and improves distance too. High Heat has a MOI that is approximately 25% higher than the average MOI of major brands, and is why nationally award winning golf journalist Ed Travis stated “High Heat is the straightest golf driver he has ever hit.”

THP: The mirror like face of the High Heat driver is incredibly different than what golfers have seen for years. What is the biggest benefit and why has it not been done previously?

Dean Knuth: The biggest benefit is that High Heat’s patented polished mirror face allows the golfer to see exactly where they hit their tee shot and then allows the golfer to rub that ball impression off before their next tee shot. This feature allows the golfer to understand how their swing affects their driving proficiency and evaluate changes to improve their driving performance. With instant feedback a golfer can also change how they set-up for the next drive. George Peper of Links Magazine said that on the basis of this feature alone golfers should buy High Heat. This feature is costly to incorporate which may explain why this has not been done previously.

THP: How does a club designer create “forgiveness” in a club head and how does it relate to making amateur golfers enjoy the game more?

Dean Knuth: “Forgiveness” in a club head refers to the relative distance and the degree of dispersion on off-center hits compared to center hits. Less loss of distance on off-center hits and greater accuracy on off-center hits produces more forgiveness which in-turn increases golfers’ enjoyment because they are playing in the fairway more often; they are closer to the green; and have the opportunity for better scoring.

A golf designer has essentially three ways to improve the forgiveness of the golf head: (1) designing a deep CG which increases distance and accuracy on off-center hits; (2) designing a low CG which lowers spin which in turns increases distance on off-center hits—and, particularly tee shots hit below the CG which is where a study by Golf Digest showed approximately 70% of tee shots by amateur golfers are hit; and (3) designing a face with seven distinct zones of variable thicknesses including my patented “parabolic lobes” to improve the spring-like or trampoline effect across the face, and increase distance and accuracy on off-center hits. High Heat is designed to have all three major features. High Heat’s center of gravity is approximately 25% deeper and 18% lower than the average major brand location which is why Gary Van Sickle of Sports Illustrated and Golf.com said that “High Heat was the most significant technological innovation from this year’s 2015 PGA Merchandise Show . . . and a potential game changer for amateur golfers since a flock of previously mis-hit shots turn into sweet-spot drives.”

THP will have a lot more coming on the dynamics of creating a club head with the Pope of Slope himself including more information on his own design and how it continues to differ from other models on the market. For more information on the Knuth High Heat Driver, click here to visit their website.