Born in 2001 from an original and revolutionary concept which would quickly disrupt multiple industries, BOA started with snowboarders but has moved throughout a plethora of action sports categories, including golf. The concept is brilliant in its simplicity, but exponentially deep when it comes to the research and development behind it which continues to this day.

No doubt either you or someone you know has spent time with or tried out the BOA mechanism on a pair of golf shoes, most notably FootJoy and Adidas.  While many know of BOA, not many know about BOA, so let’s take a closer look, shall we?

BOA is everywhere. From its origins in snowboarding, it has expanded across a plethora of different realms including skiing, running, cycling, hiking, hunting, tennis, and even in various braces for injury recouperation. Of course, more in line with our focus, there is also golf.

The entire key to BOA is the idea of every single person out there to be able to quicky and efficiently dial in a fast, effortless, precision fit. Today there are over 300 different brand partners which utilize the BOA Fit system which covers literally millions of different shoes and boots.

BOA is not something that is just halfway done either, the designs over the years have undergone countless evolutions via biomechanical studies and tests. The system itself has become more low profile over the years which has lent itself quite well to golf.

For golf specifically, 2022 brings new focus to the FootJoy Tour Alpha Boa and Adidas Tour 360 BOA shoes. Though both shoes are utilizing BOA, they each are using different versions with the 360 leaning on the Li2 Dial with CS1 laces in a PerformFit Wrap design. The Alpha on the other hand use the L6 Dial with TX4 laces a Wrapid tech.

What does it all mean? It means two different ways with different material thicknesses and designs to ensure that the BOA system can wrap around the user’s foot with maximum stability and minimal friction. The easy to tighten BOA knob system remains as simple as ever with a click and turn design that also utilizes the quick release through a simply pull up. That ease is a major reason many look the way of BOA for their shoes. It’s infinitely faster than traditional laces, but most importantly, the stability factor is unparalleled with how the shoes can be allowed to meld with the foot as it is encompassed by the wire placements and thicknesses.

The big question with BOA is, why have we not seen a broader adoption? Is the BOA system something you are familiar with or experienced? Is it something you seek out in new golf shoes? Let us know what you think by jumping into the conversation on the THP Community here or directly on the forums! 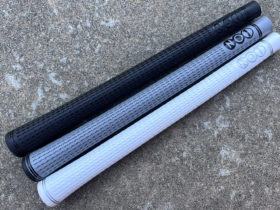 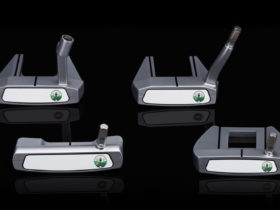 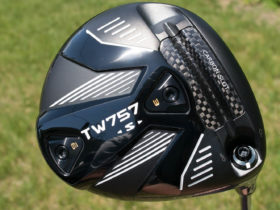