Over the last two weeks a rather interesting development has formed on THP. An event that will forever be remembered as The Grandaddy Of Em All was born. Callaway Golf versus THP in the match to settle the war. For those that might have missed it, the #Grandaddy (as it is affectionately known) came to be during a conversation with Harry Arnett, Senior VP of Marketing at Callaway Golf. 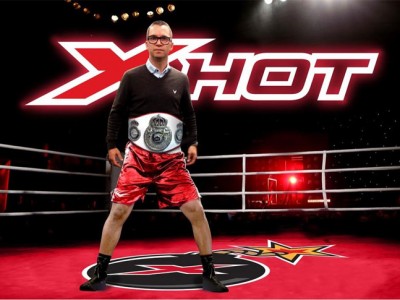 JB: The THP Community is filled with people that are the greatest in the world. They are our family and are made up of great guys/gals that love the game like we do, and for what its worth, we have some great golfers in the group. We cater to everybody and that means team work and a family. Nothing like it anywhere.

Harry Arnett: THP guys are some of the nicest guys around. But they really do lack the killer instinct needed to take down the #zoocrew in competition. Good guys to have a beer with and yack about golf. And I’d let any number of them marry either of my daughters. But when it comes to winning an important team event, those guys are better off in the gallery than between the ropes.

JB: If I was looking for someone to do my marketing, I might give the #ZooCrew a call. But on the golf course, I will stick to my family. You may have the gear, but we have the talent.

We then went nose to nose as the man looked at me and pounded on his X-Hot belt. It was then that the two of us decided that there was only one way to settle this…On the golf course. 8 THPers & the Callaway Golf ZooCrew will battle this year in the war to settle the score…The Grandaddy Of Em All!

Who From THP
The team will be a group of eight THPers that will be traveling to California for this event. They will be led by Team THP captain Ryan Hawk, our fearless editor who will have everybody ready for battle. The remaining seven slots of the team will be decided over the next few months by contests held on the THP Forum.

Who is the ZooCrew
From Harry Arnett
We like to call the Callaway marketing group “The Marketing Zoo Crew.” Sometimes people will call us “The Morning Zoo Crew” or just “The Zoo Crew.” A lot of people ask me about that name since it seems so strange to think of a marketing group like a morning radio program. But that’s what we do because it fits so well with our new marketing approach of inspiring golfers through direct engagement. That approach is trying our best to deliver a dynamic exchange of creative ideas between us, The Zoo Crew, and you. And hopefully, we do it in an informative and engaging way!

The Contests
Every 3-4 weeks, THP will have a contest and the winner will get a spot in the #Grandaddy of em all to represent THP and play for Hawk in the event.