Titleist is a name among the most recognized in golf, and although the ProV1 is the major feature in their golf production, the clubs that they produce have often generated followers for their classic nature and dependable performance. With the debut of the 915F line however, they had the goal of pushing their technology further than before to try and compete in what has become the age of distance oriented fairway woods, while still maintaining their dependable nature.

Titleist on the 915F Fairway Woods:

Long, straight and forgiving, the 915F delivers great overall performance from the tee and turf. The larger profile provides confidence and a slightly higher flight versus Fd, with no draw bias.

The forward positioned channel delivers distance from both the tee and turf through higher speed and lower spin.

Sixteen unique loft and lie combinations deliver the most precise fit available. Use the guide to the right for help finding the proper setting to improve your ball flight. For best results, please visit a certified Titleist fitting professional.

When anyone brings up the aesthetic qualities of Titleist golf clubs the words “classic” and “clean” are typically among the first to be mentioned. However, with the release of the 915F fairway wood there are some changes which, while not radical aesthetically, will certainly get some of the die-hard traditionalists rumbling. 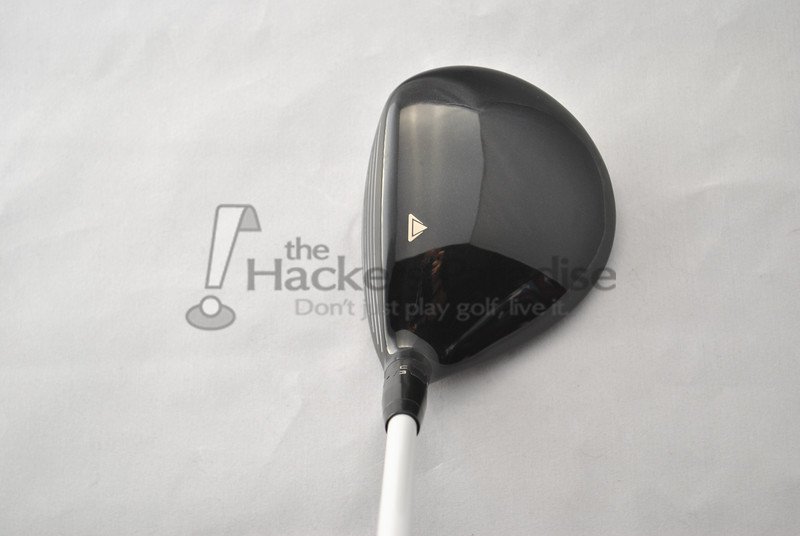 The 915F comes in at 175cc and features a slightly larger footprint than its counterpart the 915Fd, which should make it more comfortable at address for a wider margin of handicappers. The crown is finished in a midnight-black metal-flake paint and is adorned with a modernized version of their traditional alignment aid. The head also boasts a solid amount of depth, but walks the line enough so that in appearance it doesn’t cause any hesitation towards use off the deck or the tee. 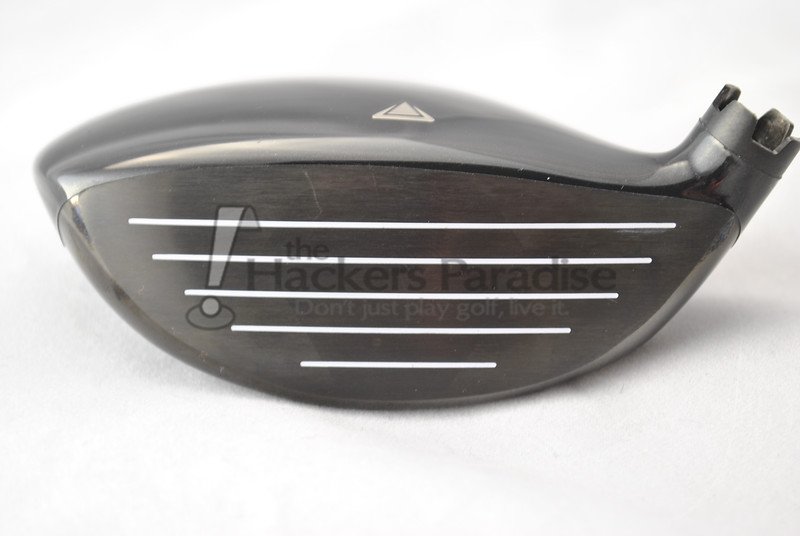 The biggest aesthetic change comes on the sole of the club. Obviously the first thing noticed by most will be the “Active Recoil Channel” which runs all along the front edge. Beyond that however, the sole of the 915F may be the busiest that Titleist has ever put out. It also features a three-pronged crown like structure, presumably to aid in the movement of weight in the design, finished in silver that starts at the face and peaks towards the rear of the head. In the middle of this is also an adjustable weight which can be used by Titleist for swing-weighting purposes. At first glance it is very un-Titleist, but with the use of their classic red/white/black color scheme as well as the mixture of gloss and matte PVD it still somehow retains a very familiar overall vibe. 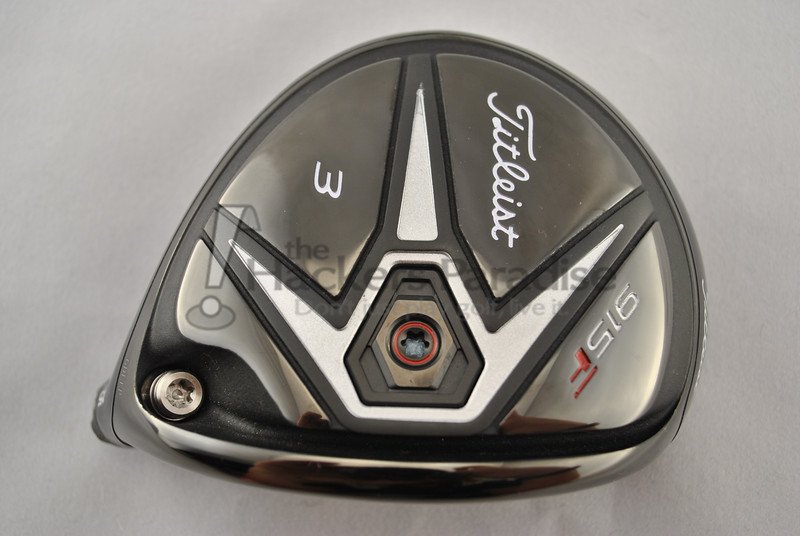 During testing the Titleist 915F fairway wood was utilized in multiple settings and situations in order to get a complete feel for its overall capabilities. The club reviewed was the 15-degree 3W model that was paired with the stock Aldila Rogue Black 80.

With Titleist’s addition of the “Active Recoil Channel” as well as touting an even thinner face, one of the immediate questions was how it would affect the sound/feel of the 915F. The brand has always had a history of being considered some of the most acoustically pleasing clubs out there, so for such a significant structural change to be implemented it is only natural for there to be some fear there. However, at impact the 915F proved to fall right in line with what they have produced prior. In fact, to many it will sound even more solid and plush than the 913 did, which is impressive given the new engineering in the head. This undoubtedly goes to show that the emphasis they claimed to have put on the acoustics of the head were correct as there is no hollow or metallic sensation that so many consider a turnoff in a fairway wood. 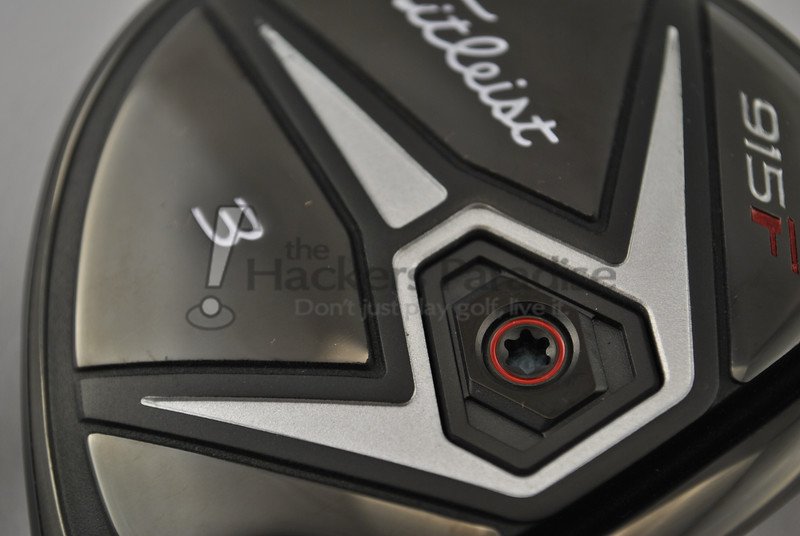 Additionally, the 915F proved to be a very stable design overall in terms of not just the acoustic feedback, but also tangible sensations on impacts across the face. From the tee and the deck, strikes both toe and heel side were met with minimal twisting/shuddering, showing that the weight balance and design of the head through the use of a lower CG was achieved quite well, though the pairing with the heavier Aldila Black Rogue 80 certainly could have helped here. The head also played through the second cut and thicker rough well, still allowing feedback to where impact was being made. There is a lot of overall stability within the design, definitely a good thing.

The 915F, as previously mentioned, was paired with the Aldila Rogue Black 80 shaft which comes in at a hefty weight of 85.5g. The shaft is a lower torque build that is designed to provide a mid-trajectory flight. Testing showed this to be true, as off the tee a mid-high ball flight was achieved while off the deck the 3w was a true mid-flight time and again. Both also maintained a truly piercing trajectory. The 915F also proved to be a very workable head, shapeable either way according to the swing put on the ball, and it also flighted quite well when lower trajectory shots were needed into windy conditions. It is worth mentioning for posterity’s sake however that shots off the deck were met with debris sticking in the channel, easily cleanable with a divot tool, but something to think about for small divot takers. 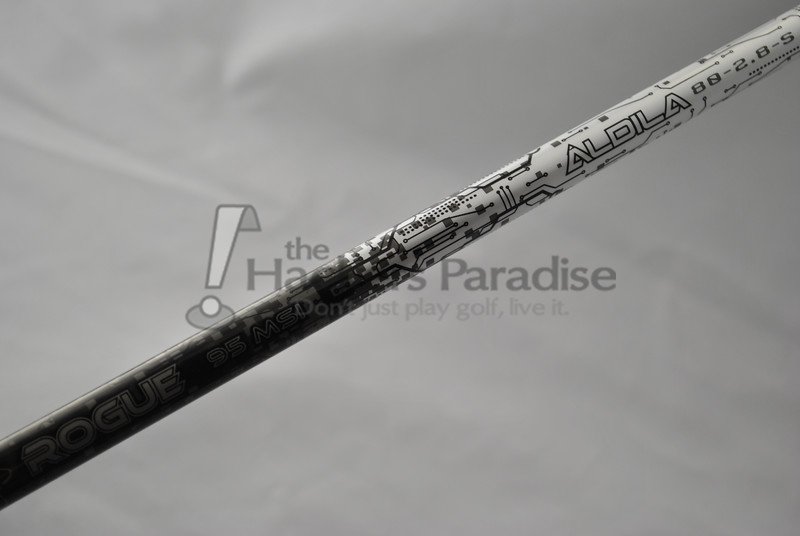 Titleist has also continued using the “SureFit” adapter with the 915F and just as before it offers up 16 different settings for the user to help tune the club for the best fit they can achieve in both loft and lie angle. The adapter continues to be one of the most effective models out there, but the one knock is still that the settings can be a bit overwhelming with the letter/number combination. Luckily, the adjustment chart is still readily available to help make changes more understandable, as seen below: 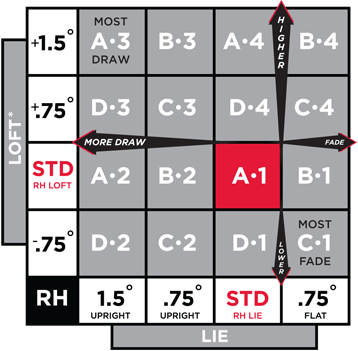 One of the biggest knocks for many against the 910F and 913F models was that they struggled to keep up in distance compared to the engineering jumps which were seen in so many other heads during their timeframe. With the 915F, Titleist spent years refining the move to thinner face (no longer variable thickness) as well as the “Active Recoil Channel” with the purpose of affecting spin and increasing ball speed across the entire face. The ultimate goal was a fairway that maintained its notable workability while adding distance, speed, and forgiveness. 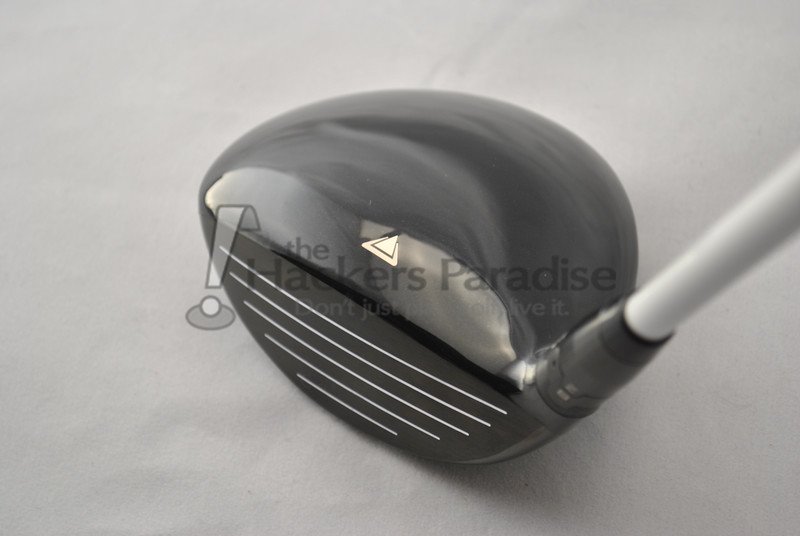 Testing indicated that the 915F produced ball speeds that are certainly more on par with the longest fairway woods we are seeing on the market. The head also showed a spin profile which should play well for a good margin of golfers, enough to ensure the ball is getting airborne, but not to the point of diminishing returns as it pertains to effects on distance. In fact, the 915F outpaced its predecessor when hit head to head in distance by a significant margin for this tester from the tee as well as the deck. Clearly, total distances are going to vary based on fitting (which as we know Titleist is adamant about) but the testing showed that the 915F certainly appears to be a viable contender for those who longed for more distance out of the 910 and 913. 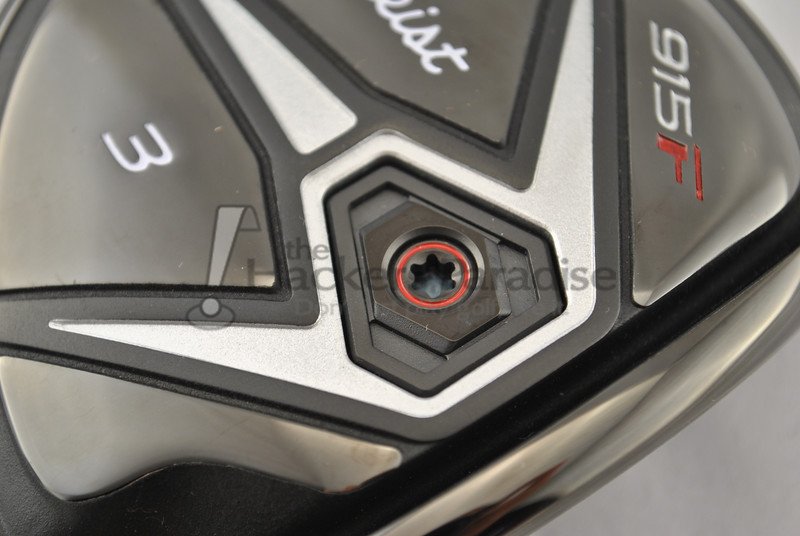 Most notable during the review process however was the accuracy of the club. Obviously pure strikes were solid, but misses showed more resiliency than expected. Misses high, toe, and heel side did show ball speed and spin changes as expected, but not overly drastic. Toe shots are still met with a bit of “toe draw” ball flight, but without being too over-accentuated. High off the face leads to a higher flight and spin but still on line and long enough to be very playable. Interestingly, shots low on the face were penalized the most during testing in terms of spin, launch, and distance. The most resiliency was actually seen off of the heel. In the 913 this miss was the most penal for many, but while the spin axis is still tilted to generate a fade flight on this miss, it too maintains enough distance/spin-level to be playable. Clearly these things will vary by the swing. It is not the most forgiving head, but the tech changes Titleist implemented with the “ARC”, face thickness, and CG manipulation certainly have improved the overall performance of the head, making it much more playable than some might anticipate. 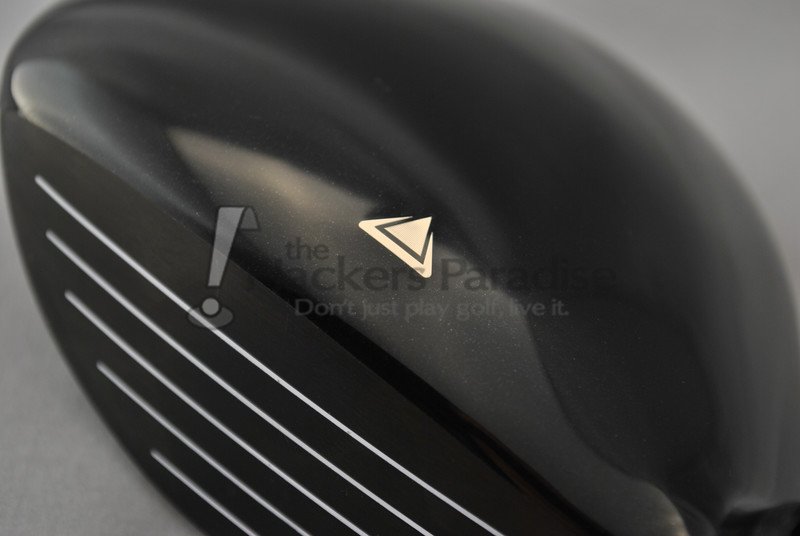 With the 915 line consumers were expecting Titleist to make a bigger leap forward in terms of performance than we saw with the 910 to 913 transition, and in terms of the 915F fairway wood they genuinely have. Although the stock setup and ball flight may not be the best for everyone, the head seems to be one that will respond well to fitting with Titleist’s variety of shaft options alongside the continued versatility of the Sure-Fit hosel.

The Titleist 915F fairways have a price of $279.00 and more information on them and the entirety of the 915 lineup can be found at www.Titleist.com.