When Titleist announced their 917 drivers, they were met with some raised eyebrows, while garnering lots of praise from players who had been waiting for the company to make its foray into an adjustable center of gravity design. But they didn’t stop with just the driver, some of those same characteristics have made their way over to the fairway woods as well, giving consumers a way to have the top end of their bag completely fine-tuned and dialed in. With all of that said, it’s time to take a closer look at the Titleist 917 F2. 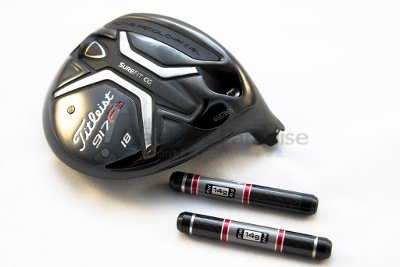 All-around playability with forgiveness and more distance in a larger profile fairway. Slightly more spin and higher launch versus 917F3. 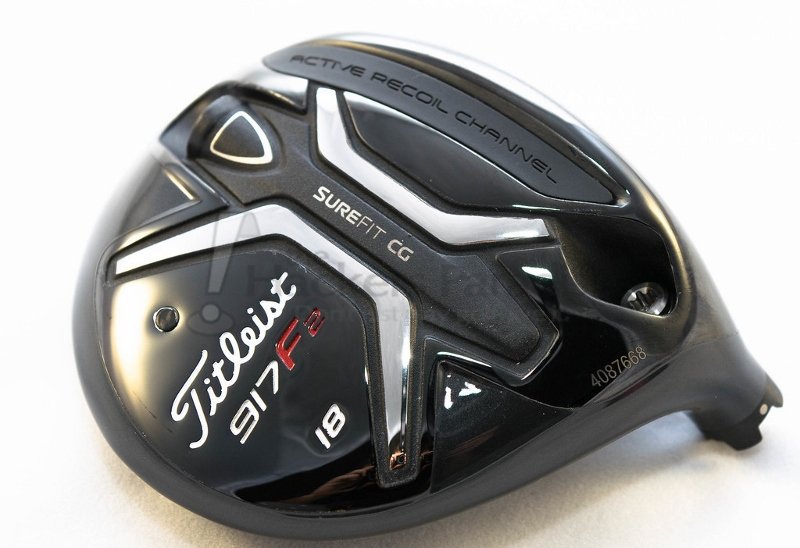 Being part of the 917 family, means that Titleist has carried over some of its standout technology features to this fairway wood lineup.  Similar to their fairways of the past few releases, the 917 F2 employs the use of the SureFit Hosel, which allows golfers to adjust the loft and lie of the club. By using this adjustable hosel alone, players are able to alter the club in 16 different configurations. Even though this is nothing new to them, Titleist uses a different way of labeling their adapter, instead of having a marking that will signify whether the club is in a draw, fade, or neutral setting, there is a combination of letters(A,B,C,D) and numbers(1,2,3,4) to help find the ideal fit. In order to avoid any confusion, a provided chart helps clarify which configuration does what to alter the clubs loft and lie. 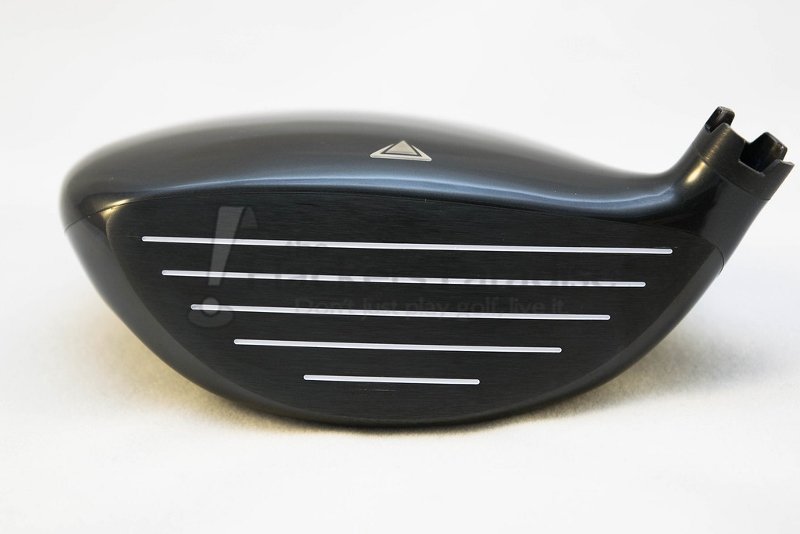 Another piece of technology that ventured over from the 917 driver series is SureFit CG, which is Titleist’s first foray into moveable center of gravity technology. SureFit CG allows for golfers to optimize not only the head weight of the club, but also help in optimizing spin, as well as setting the internal weighting bias for a specific ball flight. For a look at how SureFit CG is utilized in the 917 F2, please watch the brief video below.

There is another change to the sole of the club that might not have been picked up on during the video, and that is the Active Recoil Channel 2.0. Featured on the 917 drivers, the recoil channel is open, and allows for the eyes to easily see that it is, in fact, a channel behind the face of the driver. Both the 917 F2 and F3 include an active recoil channel, however unlike the driver, this channel has been filled in with an elastomer insert. Why the difference? Well, the main reason is because unlike the driver, the recoil channel used here actually cuts through the sole, so the elastomer fills that void. On the flip side, because it is filled in, it keeps any real dirt or debris from building up after contact. According to Titleist, this version of the recoil channel will help aid the thinner face on retaining ball speed. 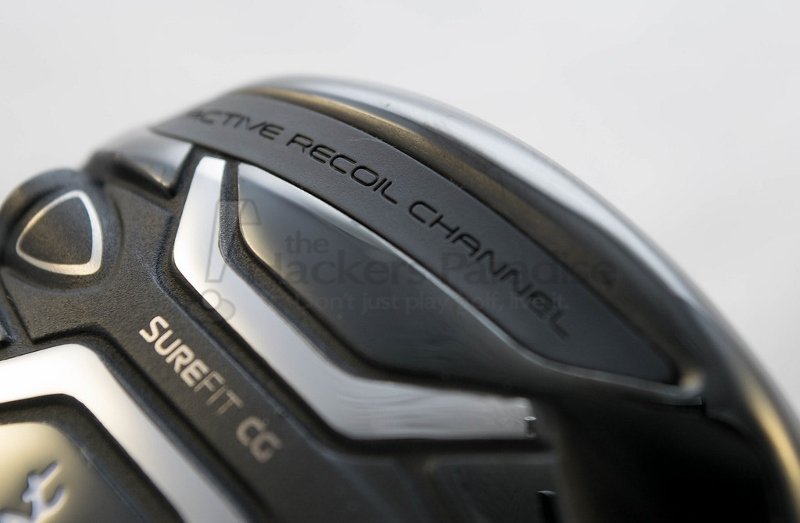 The 917 fairway woods come in two different head sizes, known as the F2 and F3, with the F2 model being the one that has a bit of a larger footprint. Titleist has been known to try to stay as close to a more traditional shape as possible when it comes to their wood lineups, and these are no different. Looking at the F3 model, it is a much more compact rounded club that will certainly appeal to those who don’t care for the larger volume or stretched out shaping. As for the F2, Titleist seemed to do their best to maintain a classic look, but it certainly has a more inflated appearance than the F3. Thanks to a fitting at a Titleist Thursday event, the club that was used for the purpose of this review is the 917 F2 in the 18° head with a Mitsubishi Diamana LTD. white 80 shaft in a stiff flex. 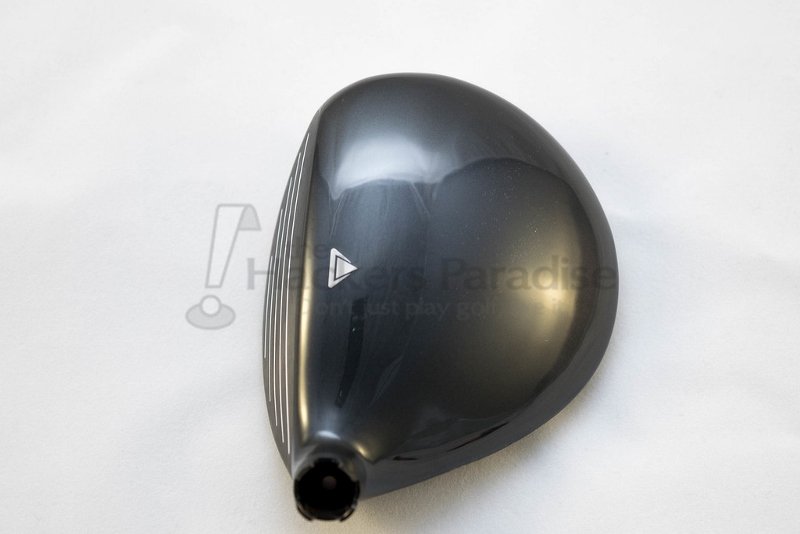 Playing this at a 5-wood loft, there were certain yardages that were needed to hit, both from off the turf and off the tee. Starting with the latter, distances off the tee allowed for this club to be played as a safe option on tighter holes, without sacrificing too much in terms of yardage. Those experiences make one think about the options off the tee when using a lower lofted model, especially for those who tend to shy away from the driver.

Off the turf is where this club became a reliable asset to the bag, as the F2 sets up to not only get the ball up in the air, but to do so with plenty of power behind it. Having put it into action on long approach shots from over 200 yards, it was nice to see a club reward the really good strikes, and also react well on contact that leaves nothing to brag about. Given the notion that most amateur golfers struggle with getting fairway woods up in the air, there was something about the F2 model that might help combat those issues, add to that the different settings like loft, weight, and shaft options, the F2 might be Titleist’s first fairway in some time that can be comfortably played by a higher handicap player of this ilk. 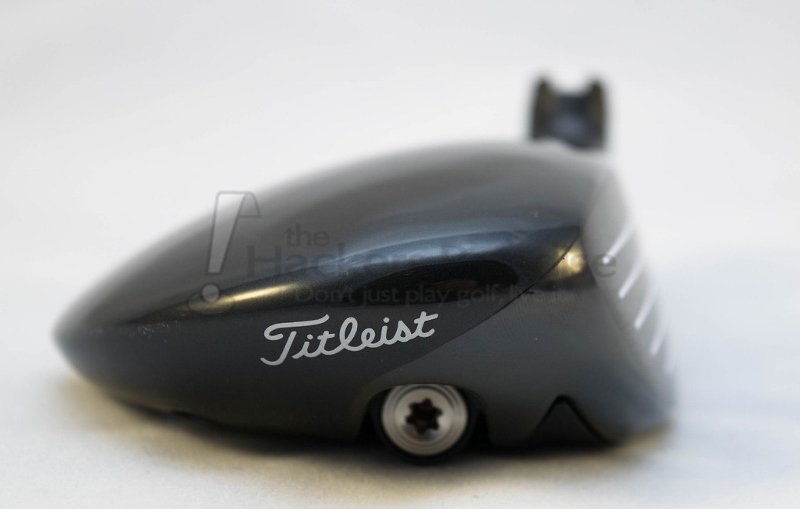 Earlier it was mentioned how the active recoil chamber within the fairway woods differs from the recoil chamber found in the driver, and in testing out both, it’s not a stretch to say that the fairway wood sees more benefits to this design than does the driver. Latterly, the F2 provided enough forgiveness to not only keep shots from suffering in major distance loss, but it also worked well on gently turning shots back towards the target line. Heel-side contact resulted in a ball that would gently fall left to right, but without screaming to the right side with a chance of finding trouble. Those same characteristics can be found on toe-side contact as it adds a bit of draw spin, but doesn’t reach the point of over-drawing.

One of the standout features of the 917 F2 was without a doubt the sound it makes upon contact. In an era in which there are so many different types of sounds that clubs tend to make, this one is a bit more on the denser side of the spectrum, which in turn gives the sensation of a nice heavy hit. Even though it might not be as loud as other fairway woods on the market, that heavy feeling certainly gives off a pleasant sensation when hitting the ball. It might not feel as springy as others, but as was mentioned earlier, distance is certainly not lacking here. All in all, a really good, solid feeling club that will provide both forgiveness and feedback that many players are searching for. 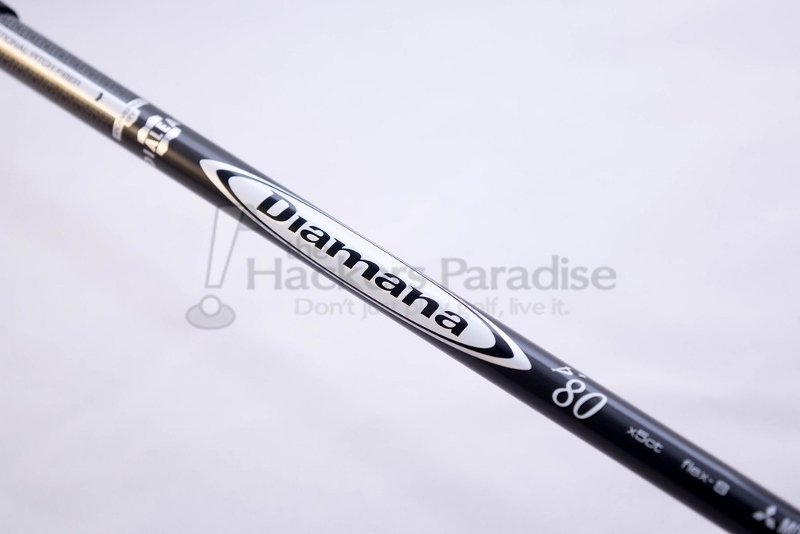 Over the past year, Titleist has really been trying to preach the fitting aspect to golf, and with what we have seen from the 917 series, it’s no wonder that is the direction they are going. With all of the different weight configurations that can be found in the fairway woods, to go along with the five different stock shaft options, trying to find the perfect combination to work best for one’s game could be a bit of a daunting task. With a little guidance from a Titleist fitter, the 917 F2 has shown to be a strong performer in this category, one that will produce good distance, launch, forgiveness, and feel. Players who are looking to add one of these fairway woods to their bag can do so for a price tag of $319. More information on the 917 F2 and F3 can be found at www.titleist.com.