It is clear that the ProV1 and ProV1x are the flagship golf balls of Titleist and as such receive the lion’s share of publicity from the company. However, the NXT lines continue to be a pretty substantially played golf ball by amateurs with their focus on providing distance and short game accuracy in a softer, more price friendly, overall design. This year Titleist is updating both the NXT Tour and NXT Tour S offerings and THP was able to get them in hand for testing.

The NXT Tour and NXT Tour S have specific purposes in terms of filling out the range of offerings for Titleist (despite their push for the ProV’s). Time spent with both designs showed that they very much accomplish what they intended for this reviewer. However, it is key to keep in mind that golf ball performance is definitely one of the most personal equipment aspects out there and will undoubtedly vary from user to user based on their specific needs. 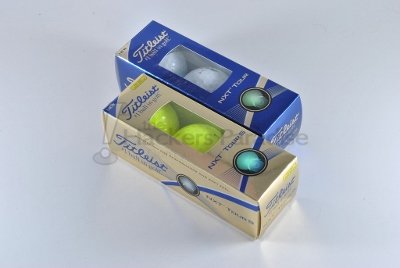 The Titleist NXT Tour is essentially the distance focused option of the NXT lineup and while it is designed as a softer ball compared to other company offerings, it is extremely focused on lower spin in the longer clubs. On the course the NXT Tour was, for this reviewer, the longer of the two designs that THP got in hand and off of the driver was about 350 RPM lower spinning on average. Through the rest of the bag, the ball felt nice off of the face with no harshness to it and also maintained a ball flight on the mid-high to high end of the spectrum. Worth keeping in mind is that with this being a non-urethane covered golf ball, more release was seen compared to the ProV and ProV1, but this should be totally expected. 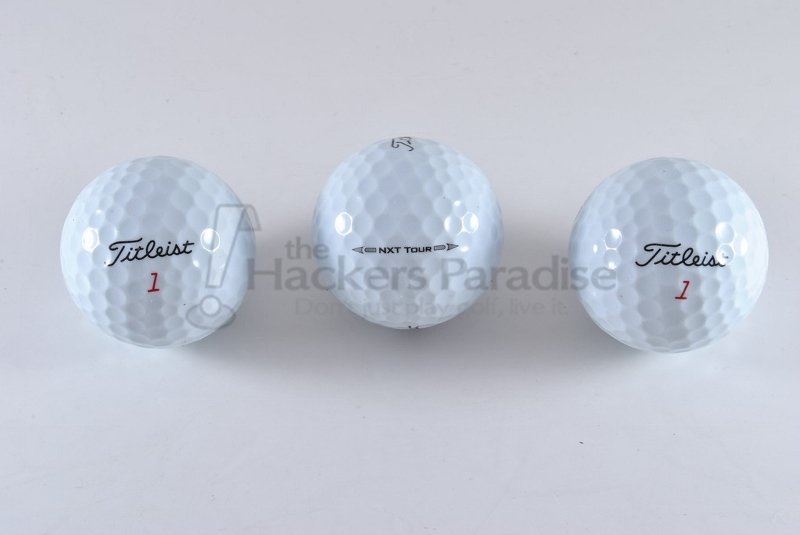 The Titleist NXT Tour S rounds out the NXT offerings and is focused on an even softer feel than its NXT Tour counterpart while offering a more mid-range overall flight. During testing when hitting the NXT Tour and NXT Tour S side by side the “S” was marginally lower on average in terms of launch and peak height but the overall feel of the ball at impact was the big thing noticed by this reviewer. The Tour S seemed to be more easily compressed while still keeping good overall distance and playability. Like its counterpart, the fact that the design features a non-urethane cover leads to the necessitation to play for a different type of action into the greens (more run-out). It should be kept in mind that as is usually the case with different golf balls, once adjustments were made to the amount of spin produced, there was no issue with hitting a variety of different shots with them. 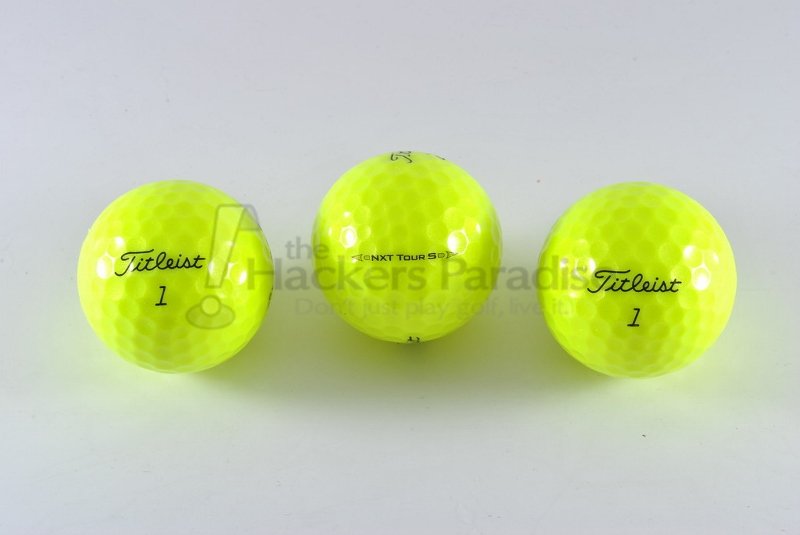 Contrary to the emphasis we see by Titleist on the ProV lines being the best for everyone, the NXT Tour and NXT Tour S definitely fill a niche within their lineup. All told, they are extremely playable golf balls for a variety of golfers and although they may not produce the same greenside spin as the ProV, they have the potential to hit the overall needs of many amateurs much better. Moreover, both of the NXT lines are priced at $34.99 and that too should appeal to the needs of many amateur golfers compared to the company’s premium level options.

More information on the new NXT Tour and NXT Tour S golf balls can be found at www.Titleist.com.