Tour Edge has effectively introduced a unique visible technology called the slip stream sole in the EX9 fairway wood, and that line has recently been bolstered to include the EX9 Long, a strong lofted and slightly deeper design in order to send the ball into near driver-like distances.  Many of the same attributes are experienced from the traditional EX9 fairways, however this review will seek to expand on what golfers can expect from the “Long” version of a great Tour Edge offering.

This distance weapon features a Beta titanium cup face which is combo-brazed to the hyper-steel body to produce the longest-hitting fairway wood in golf. Variable face thickness technology provides a powerful launch from more contact points on the face for explosive distance, even on off-center hits. 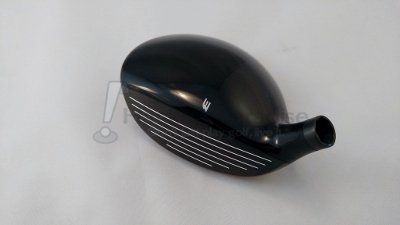 The club’s design also features our Slip Stream sole. Redesigned for the EX9 series, the ‘waves’ are shorter from front to back, dramatically reducing the amount of turf interaction – the result is a full-speed explosive impact.

The EX9 Long includes a 9-gram center changeable weight insert to produce a powerful, penetrating ball flight. The weight screw is adjustable and additional weights can be purchased as a kit or individually. The kit includes 6-gram, 11-gram and 14-gram weights to increase or decrease the swing weight. 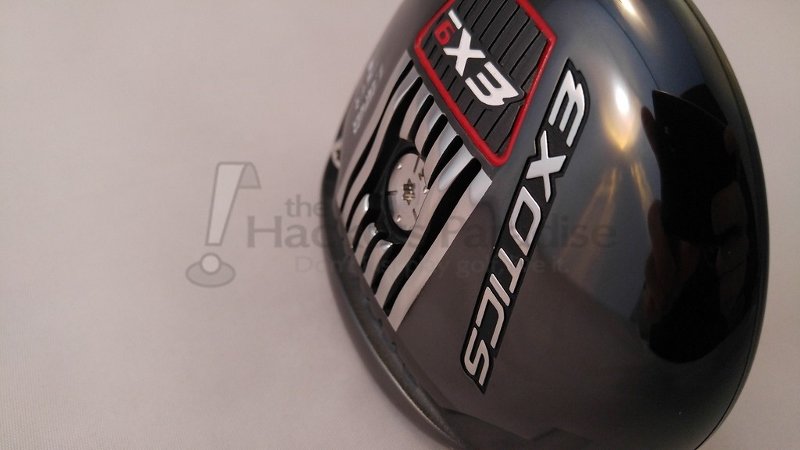 This design is quite the departure from the standard EX9 fairway, which incorporates a back-heel positioned weight to enhance draw potential, and a shallow profile that is accommodating of all lies.  Obvious changes to the weight location, face depth, and the ability to adjust the loft and lie give the confidence that the EX9 Long will be a notably different experience from the other EX9 heads.  Despite all of these changes “under the hood,” there remains a very consistent visual from address between the standard EX9 and EX9 Long, with the Exotics logo framing the ball perfectly atop the glossy black head.

One of the most visible tech elements of the EX9 Long Fairway from Tour Edge is the Slip Stream Sole.  The “wave” design separates portions of the sole of the club from the initial ground contact, providing a potential to glide through the turf with reduced drag.  This element will be most effective for players who drive through with a neutral contact lie angle, as the slip stream sole is limited to the central area of the sole in total. 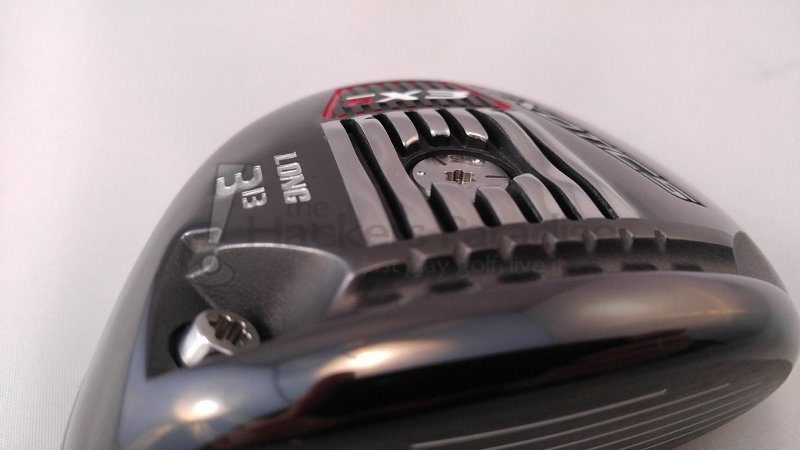 Continuing from the standard EX9 offerings, the Power Grid is optimized on the EX9 which removes some of the weighting closer to the face, and drives it backwards into the rear section of the sole.  Generally speaking, this effort to move weight backwards should achieve increased launch, and the potential for improved spin mechanics for golfers seeking a higher and more forgiving build.

One of the major highlights of the EX9 Long is the Combo Brazed Titanium Cup Face with Variable Face Thickness.  These two elements combine to introduce what Tour Edge calls “the longest fairway wood in golf,” but also a head that welcomes forgiveness due to the ability to hit around the face without loss of distance and launch quality.  Throughout the testing of both the EX9 and EX9 Long, the main takeaway from the face construction is the quality of the sound.  It is a rich quality of contact that is lively on great strikes, and receptively different or poorer quality shots.  In short, it is quite close to the absolute ideal fairway wood sound in the opinion of this writer.  Sharp and crisp contact feedback should be a priority, and it is clear that Tour Edge has found a nice sound medium in their EX9 offerings. 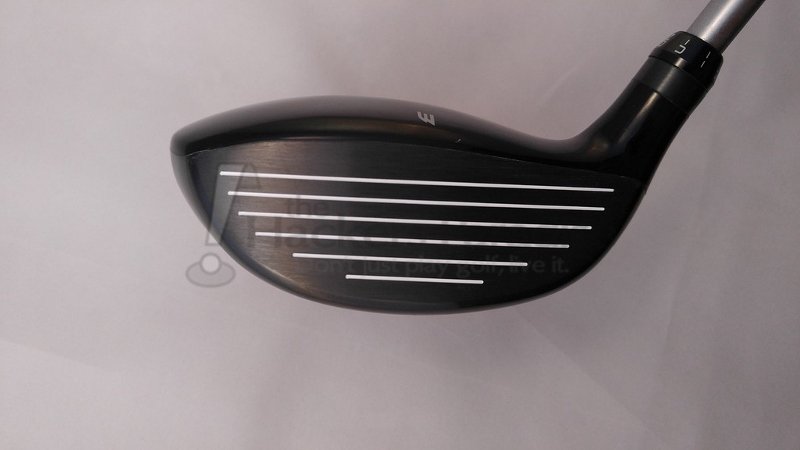 As noted previously, the sole weight was relocated from the back/heel location in the standard EX9 Fairway to a more centralized, forward location in the EX9 Long.  While the standard EX9 offerings were not overly draw biased, this neutral location provides consistency and confidence in a non-biased package, which bodes well for not only typical shots from the tee, but also when attempting to work the ball laterally which is easily accommodated by the EX9 Long.  For golfers who are eager to adjust the weighting profile, weight kits can be bought to adjust from the 9g weight to a 6g, 11g and 14g weight offering.

How Does the EX9 Long Apply

Having a head that can be adjusted eight different ways will obviously generate interest for golfers who enjoy making minor adjustments to their clubs, with the ability to enjoy a degree of loft on either side of the neutral setting, but also enjoy those lofts with an upright head.  Based on the overall deeper face profile and lower loft offerings, the EX9 Long will be most effective for golfers seeking a secondary option to their driver off the tee without major loss to distance, however the profile still remains quite reasonable if the intent is to utilize it as a club from the fairway as well.

One of the most visible and probably beneficial changes to the EX9 Long from the standard EX9 is a slightly higher toe section on the face, which will really accommodate those unfortunate misses that would potentially sky a more sleek profile.  There were a handful of times during testing where the tee height could be raised with the intent of absolute clean contact, and an overzealous swing caused turf interaction with the club sliding a bit too far below the appropriate center line.  Despite these errors, the resulting shots were typically playable, and decently long with a draw shape. 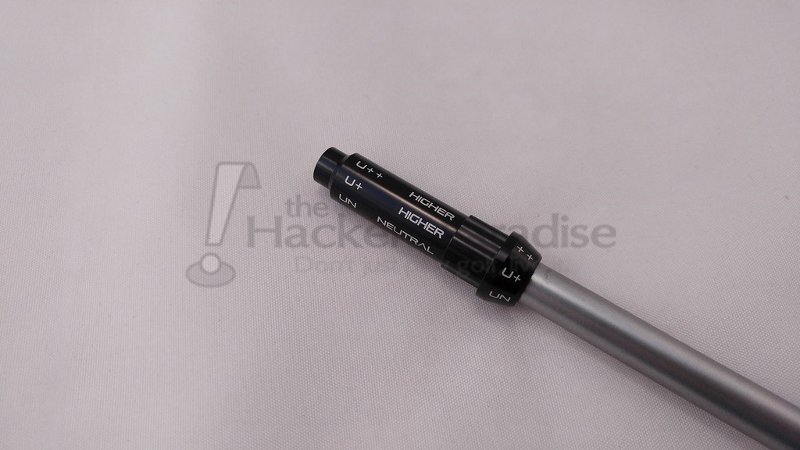 There are multiple shaft options for the EX9 Long, including numerous different Aldila Rogue and Mitsubishi Diamana shafts.  In the case of this particular review, the 72 gram Diamana S+ was utilized and seemed to pair very well with the overall profile.  Being one of the ‘mid’ launch offerings, it measured well against expectations, and maintained quality stability throughout all shot types.

Tour Edge has accomplished their goals of introducing a longer fairway geared towards the player seeking greater distances and stronger lofts without making the full transition into driver.  The sound is sharp and clean, which pairs well to the overall appearance at address, and the opportunity to adjust the head to a desired loft and lie setting provides a much more complete package.  For more information on the Tour Edge Exotics EX9 Long Fairway Wood, visit www.TourEdge.com.