One of two new Exotics driver offerings for Tour Edge in 2017, the EX10, is putting a heavy emphasis on providing new design breakthroughs in improved aerodynamics and Titanium applications. THP was able to get a closer look at the new EX10 driver and put it through a full workout for review. 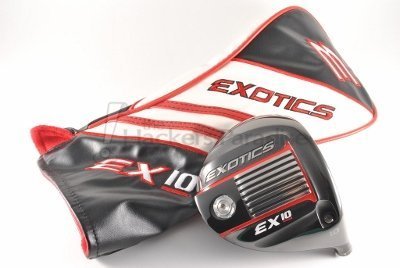 Information and Specifications from Tour Edge:

The new EX10 adjustable driver is available in 10 and 12 degree adjustable heads. The driver features a new hosel system that doubles the adjustability options, allowing players to raise or lower the loft as +/- 2 degrees.

The 460cc head features new 8-1-1 Titanium chassis with a new TSP 910 Beta Ti face plate. This exceptional material allows for a larger face plate. The larger face increases the sweet spot and combined with hexagonal VFT, offers multiple levels of thickness that maximize launch speed from more points on the face, especially in the heel and toe areas. The new, more tapered head profile reduces aerodynamic drag generating faster club speed for maximum distance off the tee. The sloping crown also saves weight which is redistributed in the sole of the club to aid in achieving optimal ball flight.

The redesigned sole adds speed channels to further enhance the aerodynamics of the club head. The increased heel weight and the aerodynamic design all adds up to faster speed, higher MOI, less spin and more distance.
The EX10 driver includes a 10-gram sole screw housed in a 9-gram weight pad for deep sole weighting. The weight screw is also adjustable and additional weights can be purchased as a kit or individually. The kit includes 6-gram, 12-gram and 14-gram weights to increase or decrease the swing weight.

From a shape perspective, Tour Edge has always done a great job of providing a clean look that will appeal to practically any golfer. At the same time, with their Exotics line of clubs, they have never been afraid to push boundaries of looks when it could aid performance. The EX10 at initial glance is likely the cleanest driver to come from Tour Edge at this point with its deep gloss black metal flake crown, as well as the mixture of polished chrome and red sole accents, provide a continuity with the other Exotics offerings. 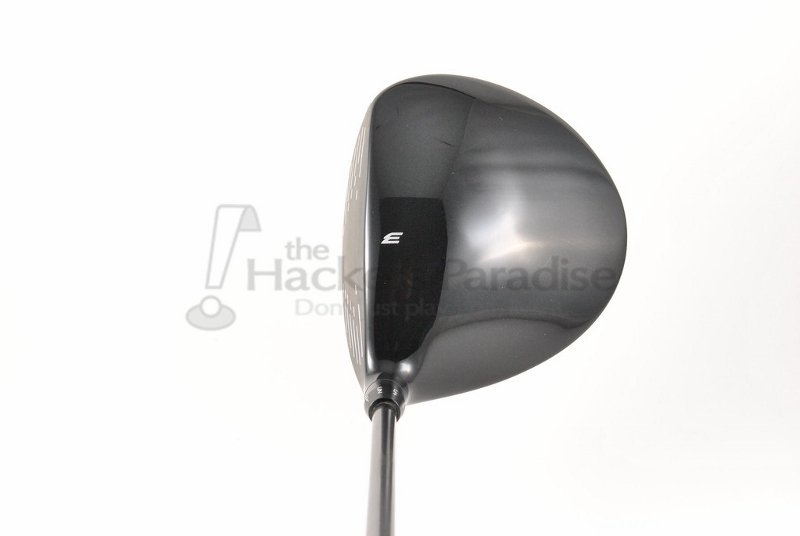 It is when you take a closer look that two things stand out. On the sole, the focus that the faux SlipStream section draws makes it easy to miss the Speed Channel which Tour Edge actually managed to blend with the whole of the driver in stark contrast to the awkwardness that has come from most other companies using a channel. Additionally, when looking at the club from the side, the aerodynamics put into the EX10 design becomes clear as the head has a much more accentuated taper from the face to the rear of the club with the single intent of increasing speed by reducing drag. 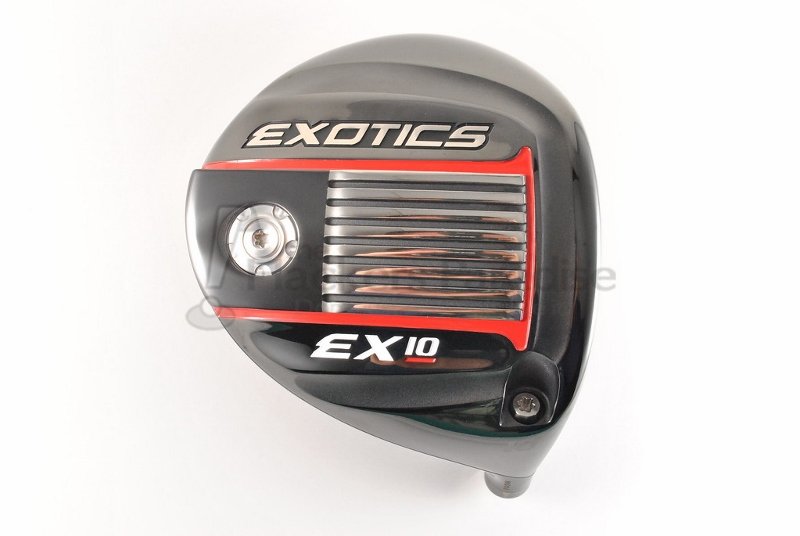 With the EX10, Tour Edge is continuing to flex their design muscles in materials, but doing so in a way that differs from other companies. While the trend seems to be carbon applications, Tour Edge is instead continuing to utilize Titanium, but they are turning to versions of the metal which they have not used in drivers before. The big story here with the EX10 is the use of 8-1-1 Titanium for the chassis and TSP 910 Beta Ti for the face. 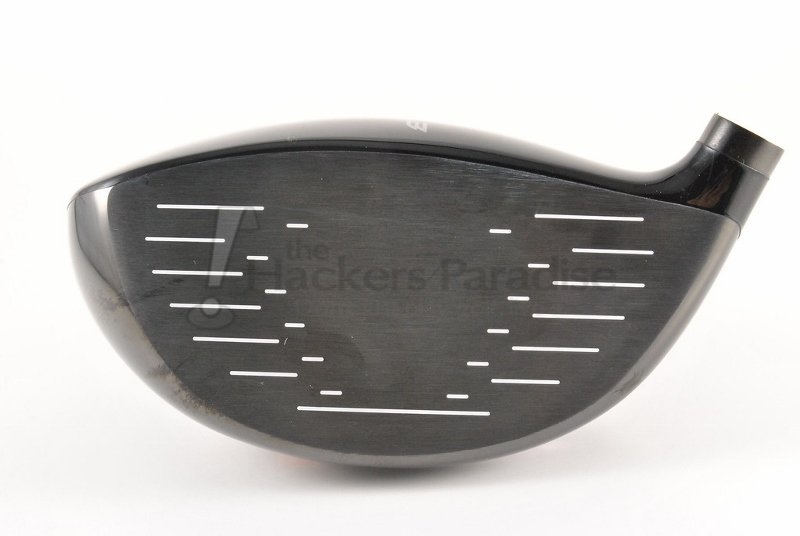 While the push to carbon fiber by others is in order to save weight while keeping strength, Tour Edge is doing the same thing, they are just not using carbon. By taking the Exotics EX10 to an 8-11 Titanium body, they have made a frame which can be much thinner and stronger. Because of that, Tour Edge was able to move saved mass elsewhere in the head to impact the ball flight. Similarly, the TSP 910 Beta Ti face, which was imported from Japan, also maintains more strength at a lighter weight.  This also allowed for a larger face piece, resulting in more potential ball speed creation and retention on misses.

The EX10 which THP received for review was the 10° model paired with the Aldila Rogue M-AX 75 Red, which is one of multiple shafts and weights available. Being that the club only comes in a 10° and 12° the initial thought might be about limited options, but the adapter Tour Edge is using offers a +/- 2° with multiple upright (U) and neutral (N) settings. The nice thing here is the adapter is not cumbersome in size/weight, it adjusts easily, and the +/- system is easy to digest without need for any booklet. Moreover, the adjustments do change the face angle as expected, but testing also showed that the launch numbers change accordingly to the setting selected. 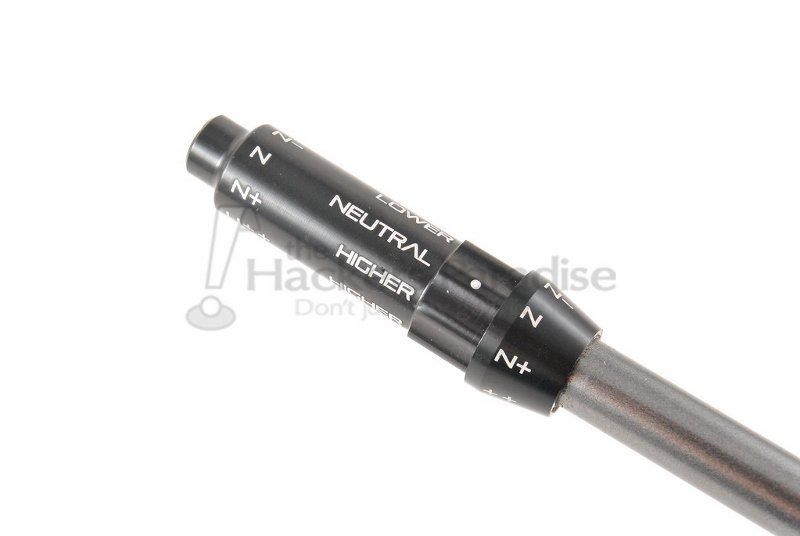 With everything that Tour Edge did to make the EX10 lighter and stronger the expectation was to see some solid club and ball speed numbers and that was indeed the case. While clearly such data will vary from user to user, the driver managed to create similar ball-speeds on well struck shots to any other driver out there. Much of this can likely be credited to the fact that, though the EX10 is not a “superlight” driver like other options, the added emphasis on lighter materials and aerodynamics had an absolute impact of making it less cumbersome than the EX9, and this meant more potential distance generation. 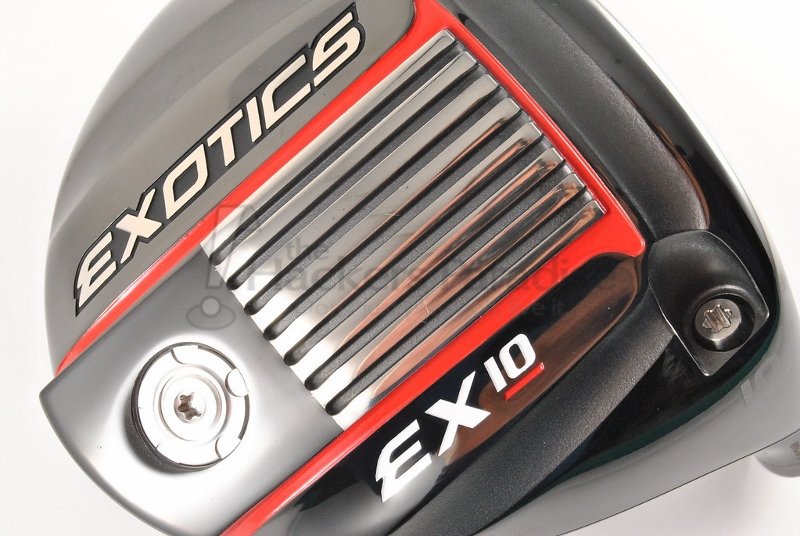 While still not the longest driver on the market for this particular reviewer, it is an improvement on the EX9 in distance, and data throughout the review made it clear there is a segment of golfers who could potentially unlock a lot more from the head. On average, at the standard 10° setting a 13.1° launch angle was seen with spin numbers hovering around 2800 RPM’s. Based on all of this, the EX10 certainly seems to fall into the mid-high launch and low-mid spin realm. Something to remember here, because Tour Edge saved so much weight with the frame and face materials, they were able to shift it and one location is the weight port to help lower the CG while keeping it somewhat back. This is important because that port itself has 9g of mass in the head and the driver comes with a 10g weight stock with a weight kit (6g, 12g, 14g) available for purchase for fine tuning that could further tweak performance for the user. 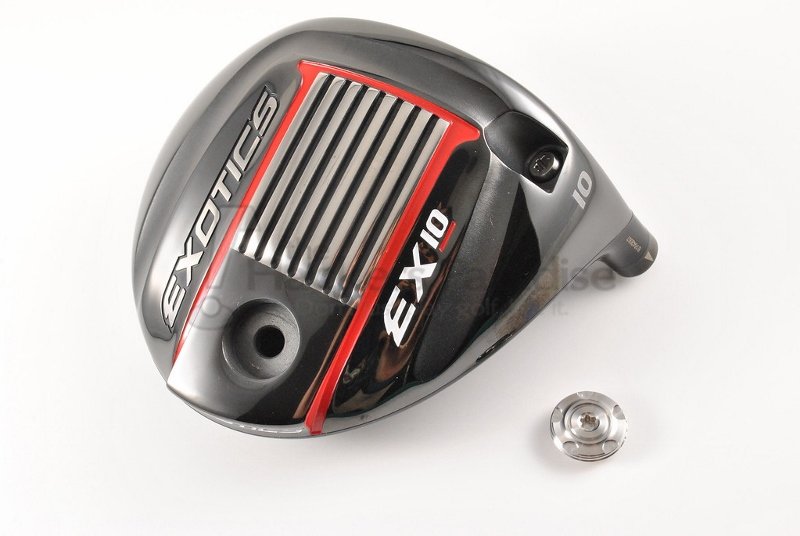 Thanks to all of that weight manipulation, the EX10 has indeed upped the forgiveness factor compared to the EX9. Aerodynamically though, the shape is a bit extreme from the side view, it maintains plenty of stability and feedback on strikes all over the face. There is still a noticeable “gear effect” which occurs on heel and toe side strikes that do accentuate those misses at times depending on just how extreme the location was. However, evidence during testing does show that the hexagonal face thickness design that Tour Edge uses has been improved thanks to the bigger TSP 910 Beta Ti face piece. Within that realm, spin drops and jumps vertically on the face were mellowed out from what was anticipated and with that ball speeds stayed more constant too. The high miss was punished most for this reviewer, the playability factor is certainly improved here, and the re-designed sole channel was likely behind the low miss maintaining a shocking amount of launch compared to many other drivers out there. 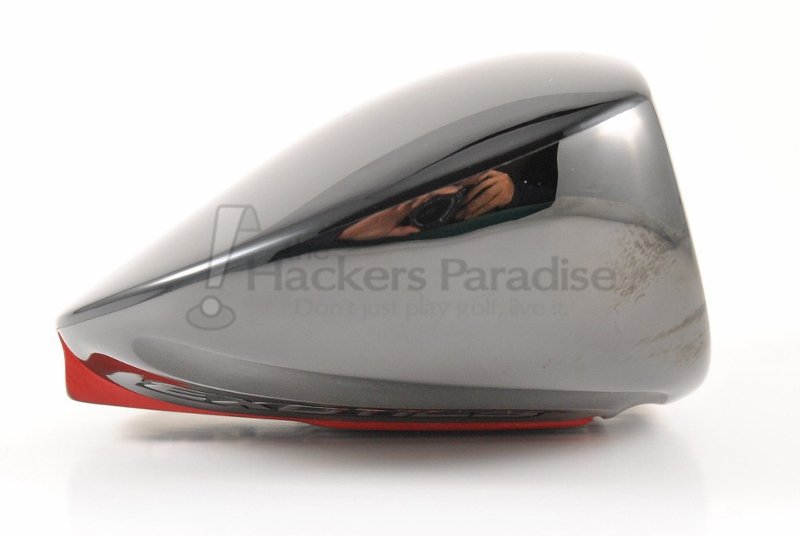 It does bear mentioning being that the EX10 is a Titanium based driver design, it is more boisterous in the sound department than a lot of clubs coming out today. Now, that sound while metallic and somewhat tinny, is not among the “loud” drivers out there. If one is coming from a carbon fiber driver it will definitely be more noticeable, but overall it is an improved sound from past Exotics offerings, and that is a move in the correct direction.

Tour Edge has long been known for producing some of the longest fairway woods on the market, which has typically been the extent of people’s knowledge of the brand. As a company though, they appear to be out to try and change that by not only producing drivers like the EX10 and XJ1 which take aim at a broad spectrum of players, but a complete club lineup that offer performance and tech on par with anything out there. For the EX10 driver, there is a lot of technology and design pride that has gone into creating an appealing head at a $349.00 price that will certainly turn heads next to the price points being seen elsewhere on the market.

For more information on the EX10 and all that Tour Edge offers in their Exotics line and beyond, check out their site at www.TourEdge.com.