When it comes to fairway wood design, innovation is constant.  The ‘latest and greatest’ promote unique technologies that provide the user with more than just a 13-21 degree head that mashes a golf ball.  In the case of Tour Edge, there are a handful of unique elements that help the EX9 fairway wood stand out from its’ peers in both design and look, including an intriguing tag line of “Full Speed Impact Design”.

The first eye catching element of the EX9 Fairway is the Slipstream Sole.  A series of metal strips in a wave formation populate a majority of the contact region of the sole.  From Tour Edge: The SlipStream sole combines seamlessly in the EX9 fairway wood as the second property of the Full-Speed Impact design. The EX9 SlimStream sole features shorter ‘waves’ from front to back, dramatically reducing the amount of turf interaction – the result is a full-speed explosive impact! 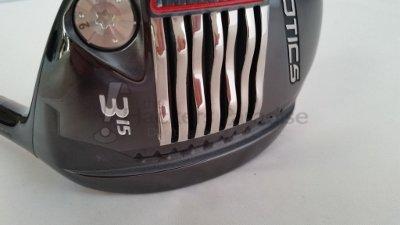 It is a fantastic claim on paper.  This is about reducing the amount of material making contact with the ground on impact, allowing for solid contact on the golf ball without the speed shattering results of a ground first strike.  In essence, Tour Edge is attempting to maintain strong head speed, thus promoting a maximum power transfer into the ball at contact and accommodating their ‘full speed impact design’ performance claims.

During testing, the EX9 was most effective on a fairway lie.  It is quite remarkable to see a fairway wood perform as well if not better when the ball is resting against the grass, however the repeated swings from a series of handicap levels confirmed that this fairway will really grab the interest of the fairway inclined three wood hitters.  Despite there being notable cavities between the ‘slipstream’ design, any debris getting caught up in the back portion of the slipstream sole is quickly wiped away either on the next cleaner strike, or a simple wipe with a towel. 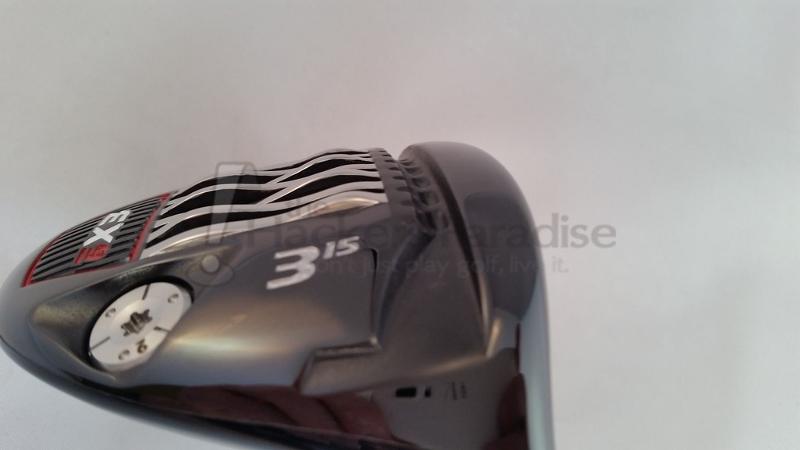 This was received with quite a bit of intrigue, as the removal of material directly behind the face often is marketed as improving the overall ability for the face to compress the ball at impact.  As the goal of this design was to reposition weight to improve launch, and the combination of the red tie shaft, pre-testing thoughts suggested there would be some higher than expected launch from a fairway of this profile.

With that in mind, a majority of the testing strikes, especially those off the fairway directly, promoted a fairly level mid launch, with some tee balls promoting mid/high to high flight for a traditional high launcher.  What seems to be the result is a mid-flight head depending on the type of shaft that is incorporated into the equation.  Fortunately for the golfers who are more inclined to hit the ball at a certain launch, Tour Edge offers a great variety of stock shafts that meet a majority of the mid to high launch spectrum.

Manipulating the quality and performance of the Tour Edge EX9 Fairway is the exclusive “Laser Bonded Cup Face” technology.  From Tour Edge: The first to bring robotic laser beam bonding to the US market in 2014, the EX9 utilizes this exclusive technology to adhere the carpenter 475 cup face to the hyper-steel body. The robotic process provides flawless seams ensuring the tightest tolerances for exceptional performance. 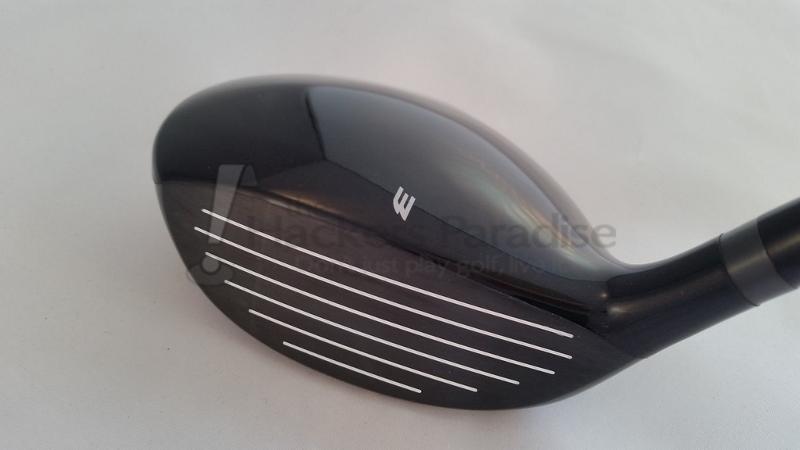 While this technology is not visible, there are a number of benefits that can come from perfect seaming across the face of the club, and the potential for balanced ball speed retention for a larger portion of the face.  During testing, the distances traveled by the EX9 produced by a variety of swings were very much consistent (excluding some of the more extreme misses).

It would also make sense to create a sound unique to Tour Edge, however testing produced the opinion that it is exactly how a fairway wood should sound.  Not ridiculous in volume, very crisp on contact, with audible cues for poorer strikes.  Outside of the performance considerations, the sound might be the biggest asset of the EX9 fairway. 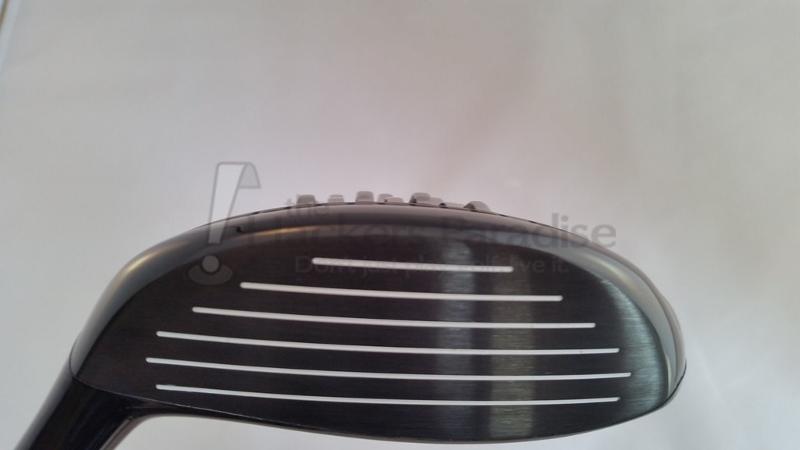 Additional design elements not as prominent as the ones noted above are the Sloped Crown Sole and the interchangeable heel weight for enhancing the potential for a draw.  While the head itself did not produce a wildly different speed difference between a handful of other fairways available, the head was never sluggish through the swing.  It seemed to be very effortless to drive the EX9 through the zone.  The overall flighting did have the presentation of favoring a draw overall, however the predominant testing occurred by a swing that generally promotes a draw on heads that are neutral in their flight bias.  Tour Edge does note that heavier weights can be acquired to increase the swing weight of the EX9 (current swing weight not listed) and likely promote a heavier draw.

Between course, range, and launch monitor reporting, there seemed to be a notable performance bias for the EX9 off the fairway rather than being teed up at any height.  This includes better spin numbers, tighter dispersion, and a mixed bag of launch conditions off the tee.  In a resounding conclusion, this head would be very optimal for a player who prefers to use their fairway woods off the short grass rather than a tee, leaving intrigue over how well the higher lofted EX9 offerings would perform in this comparison.  All of these points draw a conclusion of the Slipstream Sole accomplishing exactly what Tour Edge sets out to achieve.  Based on the mid spin profile of the Red tie shaft paired with the EX9 fairway, it would seem very logical that golfers could add or reduce the appropriate spin for their game from the fourteen shaft options available. 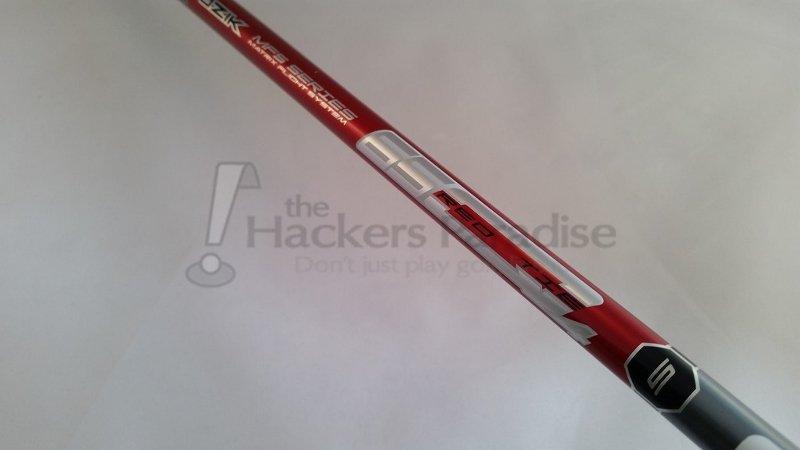 Additionally, from the moment the EX9 sets up at address to the swing follow through, there is a very traditional experience enjoyed by the golfer.  This consideration is mainly because of the simple black finish with subtle “E” logo alignment aid and the overall sound, which again might be the highlight of the fairway.  For more information on the Tour Edge EX9 Fairway Wood, visit www.TourEdge.com.