Tour Edge has a nice variety of drivers available to golfers.  While the Exotics profile may be the more talked about head in conventional golf die-hard conversations, Tour Edge has continued to produce a more reasonably priced driver in the Hot Launch.  This club is about getting fit, spending less, and playing better according to their marketing profile.  This review will serve as an in depth look on what to expect, and who will benefit most from the latest iteration of Hot Launch.

Before getting into the bulk of the in hand conversation, it is important to discuss price straight away.  The Hot Launch 3 comes in at an MSRP less than two hundred dollars ($189.99), which is notably cheaper than the EX series ($349.99) and the XJ1 which has a retail price of $499.  It is an important lead in because technology, material, and adjustability come at a price.  This club is about getting out there with a new product with a price that is fair to the wallet, something that should appeal to a large number of golfers clambering over the ‘ever rising price’ of golf clubs. 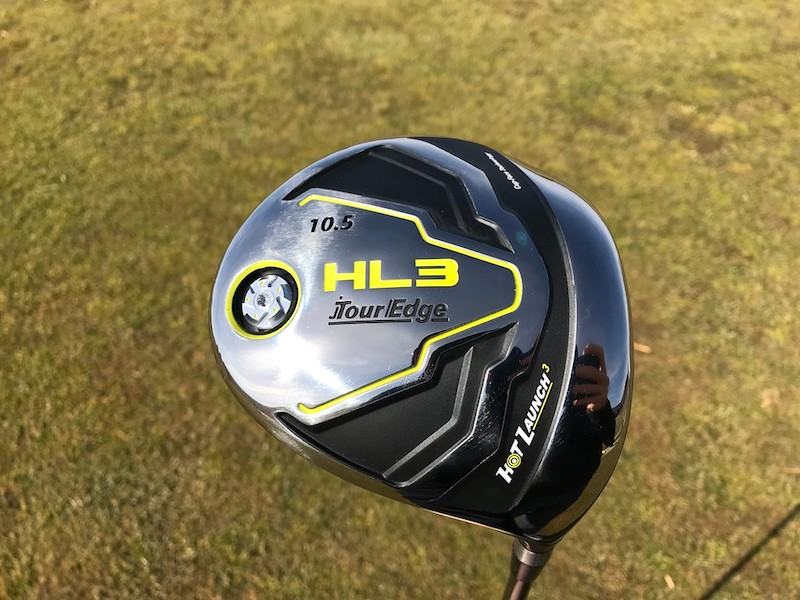 Moving to the profile, one can tell in hand that technology is present, but is limited in a number of ways.  Where many high end drivers out today feature a variety of moving weights, exotic materials blending through the crown, and highly adjustable adapters, the HL3 focuses primarily on a weight driven lower into the back of the head (more on this later in the review) and notations of a cup face head profile, which is not really a visible technology.  The black on the sole compliments the traditional silver skeleton, highlighting the “power channel” behind the face and the weight distribution throughout the head.  The final accent to the overall profile is a lime green paint fill, present on both the sole and the shaft.

At address, the HL3 is a simple profile which based on Tour Edge has incorporated a new aerodynamic design to maximize club speed and raise MOI.  Central on the black gloss head is a large white circular alignment aid to provide confidence at setup.  For golfers who are not looking for flash, crazy colors, or visual technology in the top of a driver head, the HL3 will be very pleasant to the eye. 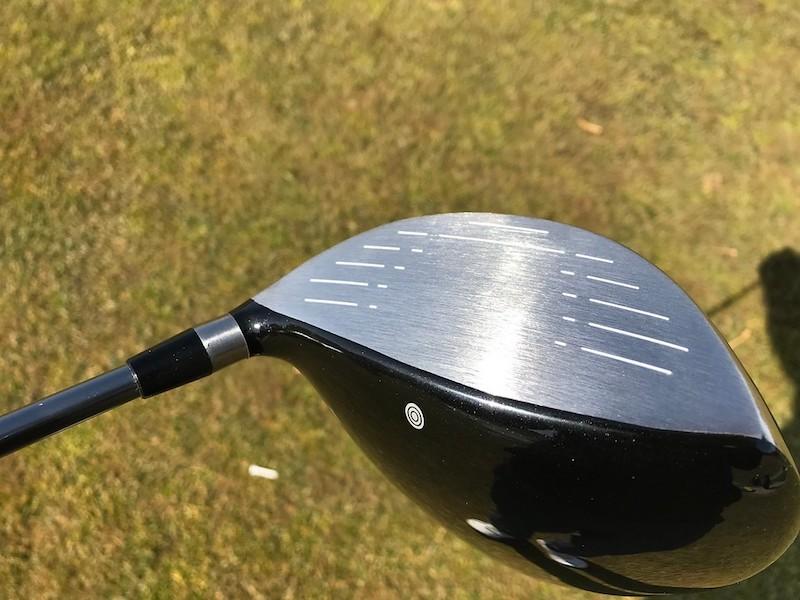 The first feedback introduced by the HL3 is in the audible spectrum.  The titanium face really promotes a notable strike sound, which most would argue is in the metallic region of driver sounds.  In a market full of drivers more on the muted spectrum, this can certainly surprise some, but over time the sound becomes a bit less surprising and more acceptable.  Sound is a very personal and subjective component of a golf club, but the majority felt it was a bit louder than they would prefer (most of these opinions are coming from more muted profile heads).

The HL3 was tested by a handful of golfers in a range of handicaps and shot shapes during the time of this review.  This accomplishes a number of things for this reviewer, including how the driver manages to support various swing types, speeds, and what kind of tendencies the club has overall.  First, and most surprisingly, the majority of the balls that were hit by the HL3 were fades to slices.  In some cases this was exaggerated due to windy conditions that plague the Midwest during February, however a strong percentage did have a left to right tendency to them. 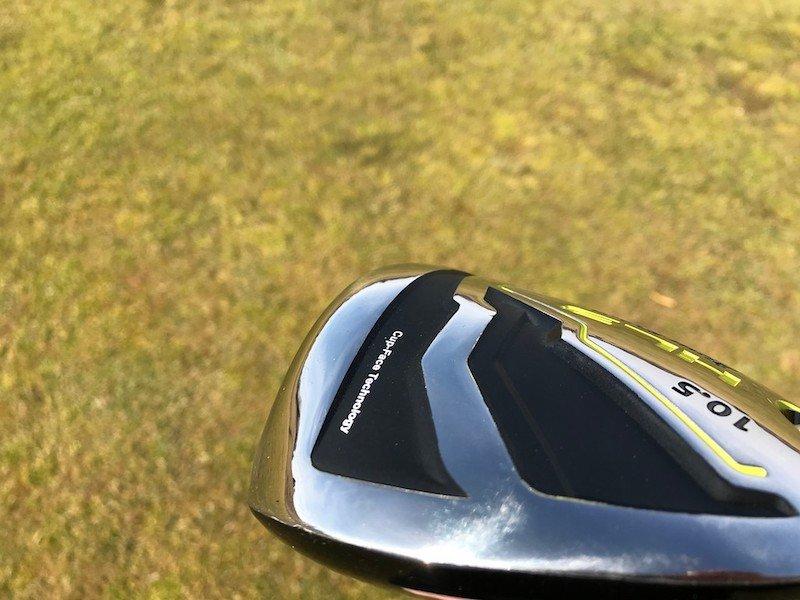 While some of the feedback from Tour Edge suggests the HL3 has a deep CG that promotes higher launching and longer drives, the majority of the testing results suggested the HL3 is more in the mid category.  This particular tester, who has a tendency to hit drivers across the spectrum rather high, found a mid-flight to be most common.  For those who struggle to elevate their tee balls, the HL3 kept them in the low-mid range with their swings.  For clarity, the 10.5° head with a 60g stiff shaft was provided for review.

With regards to overall feedback in the head, there is definitely some gear effect present, with the MOI supporting strikes falling outside of the central location and into the toe region of the face.  Golfers with stronger swings who normally play in the x-stiff shaft range felt notable give at point of contact.  Those who traditionally play a stiff shaft felt the club was in line with expectations for feedback.  This leaves the assumption that the shaft is well within the confines of the stiff profile, and it seems to be a consensus that the weight suits the head profile very well. 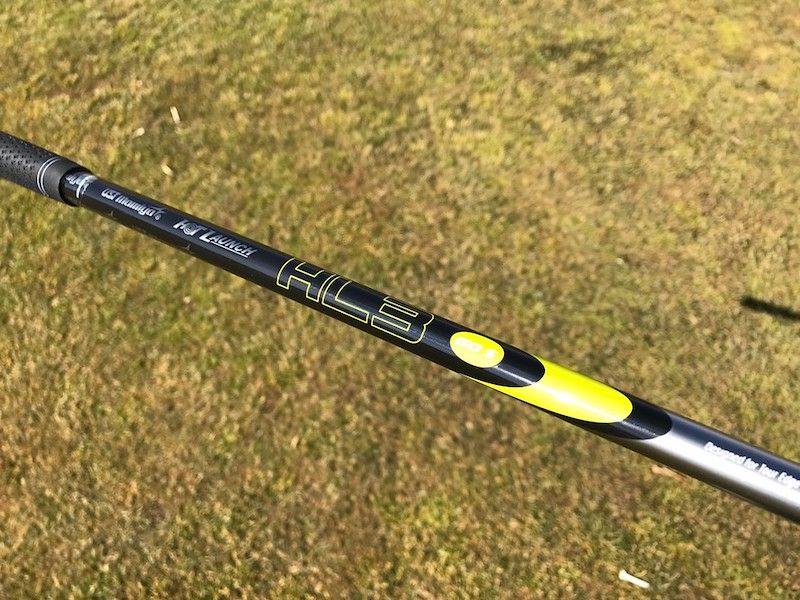 The primary conversation during the testing process for the Tour Edge was regarding viability of a cheaper-to-consumers product and whether it could manage to keep up with other drivers.  Like any club, the HL3 will suit the golfer looking for some forgiveness, moderate technology inclusion, and a relatively neutral launch profile.  In plenty of scenarios during testing, it was comparable to other drivers hit at the same time, mostly with a neutral or supporting wind.  This is great news for anyone looking to spend less but still get the joys of technology and new out of a driver.  For more information on the Hot Launch HL3 from Tour Edge, visit http://www.touredge.com.