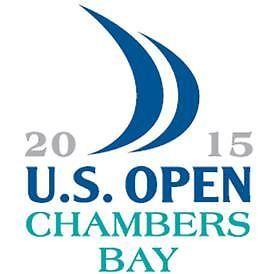 The second major of the year is upon us and if you haven’t heard, it’s being held for the first time ever in the Pacific Northwest.  While the USGA hasn’t grown tired of hearing that factoid being played on repeat over and over again this past week, it really is somewhat of an astonishment.  The Open has been held in multiple states in nearly ever corner of the US, but never in the Northwest.  Even more fascinating is the location of the site chosen by the USGA.  Chambers Bay was a sand and gravel pit less than a decade ago. It’s a public course that offers no electric carts and it’s quirky and difficult for patrons to navigate.  Yet this weekend it hosts one of the most significant golf events in the world.  Impressive.

The vision for the course came from former Chief County Executive, John Ladenburg.  In the early 2000’s the county acquired the land and began gathering bids from golf course design firms and architects.  Ladenburg took the approach that if we’re going to build it then we might as well shoot for the stars – or in this case The US Open.  In order to sweeten the pot for the USGA, Ladenburg and the project committee selected Robert Trent Jones Jr. in large part because of his expertise in developing links style courses in the US.  Or perhaps the committee was hoping that some of the “Open magic” that Jones Sr. put into his course designs might have passed to his son.  After all, Senior developed courses that hosted nine different US Opens.  Still though, this is Robert Trent Jones, Jr.’s first course to host a US Open.

Chambers Bay is also the youngest course to ever be awarded the US Open.  The course officially opened in June 2007 and was awarded the title of US Open host only eight months later.  It also hosted the 2010 US Amateur.  Timing for Ladenburg and the committee couldn’t have been more ideal, as the $22 million the county sunk into the development of the course came into question.  Thankfully the rapid ascension into the national spotlight silenced many critics and excited the region for the forthcoming major that would finally make the trek Northwest.

While the course has received the majority of attention this week it has also seen much criticism from several Tour pros.  The venue is unproven and many players are stepping foot on the course for the first time this week, so there is bound to be some degree of animosity.  The course is long and the links style venue will match up to certain player’s better than others.

With names like Rory McIlroy and Jordan Spieth in the field it’s hard not to like them both to potentially claim the US Open trophy on Sunday.  After all, Rory has won two of the last three majors.  Although Rory missed the cut at the Irish Open it’s foolish to bet against him.  He’s well versed in playing links courses, hasn’t finished worse than 11th place this season, and has won two of his last three PGA Tour events.  On the flip side, Rory’s US Open track record is a hit-or-miss.  McIlroy did win the 2011 US Open, but has never finished higher than 10th in the other six Opens he’s played.  However, the long, fast links course could be built perfectly around Rory’s game.

Jordan Spieth is seeking to become the first pro since Tiger in 2002 to win both the Masters and the US Open in the same year.  While Spieth certainly seems to have the hot hand coming into the Open, his game may not be perfectly suited for Chambers Bay.  Spieth does lead the Tour in scoring average (69.1 per round), but he’s somewhat of a “middle of the pack” guy in the driving distance (291 yards) and driving accuracy (62.6%) categories.  To his advantage though, his caddy – Michael Greller –  knows his way around Chambers Bay and Spieth will undoubtedly lean heavily on him to gain the upper hand over the rest of the field this week.

Many analysts are likening Chambers Bay to Whistling Straits, which hosted the 2010 PGA Championship.  Sure, five years makes a world of difference on the PGA Tour, but you can certainly pull some similarities from that event to what we might see this weekend.  Martin Kaymer ended up winning out in a playoff against Bubba Watson.  Both are experienced major champions and this course definitely suits the long bombing, creative shot-making skill set of Watson.  Bubba has had a solid year so far and no doubt we’ll see his name on the leaderboard this weekend.

Dustin Johnson also made a run for the PGA Championship in 2010 with his length off the tee and his short game abilities.  DJ is playing arguably the best golf he’s played in his career in 2015 and this could be his opportunity to make a run for the US Open trophy.

Tiger Woods is also in the field this week, but is still licking his wounds from the Memorial two weeks ago.  Woods did have a top-20 finish in Augusta this year, but has yet to show any spark like the Tiger of yesteryear.  He’s considered the long shot to win this week and you’d be wise to invest your money elsewhere.  With Tiger’s difficulties off the tee this year he may be spending more time in the long grass than the patrons.

The majors are always an exciting time for golf fans, but this year’s US Open has a truly unique feel to it.  An untested, unique, and somewhat quirky golf course hosts the country’s top major event.  The top brass of the Tour will be present, yet this venue may yield someone unsuspecting to most fans as the victor or we may see the continued rise of golf’s elite young stars.  Either way this Open will undoubtedly feature plenty of surprises along with some shots that will have to be every bit as impressive as the host venue in order to win this major.