The latest release from UST Mamiya continues the company’s quest for better materials, design, and performance. Falling under the ATTAS lineup, the new PUNCH offers all of those traits quite literally rolled into one shaft. THP was able to get the ATTAS PUNCH 7S in for testing as well as having a conversation with UST’s own Danny Le about the design and premise of the new offering. 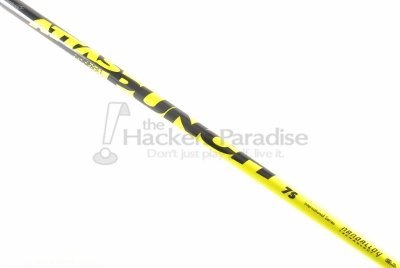 Information and Specifications from UST Mamiya on the ATTAS PUNCH:

ATTAS Punch is the latest creation of the ATTAS product line focused on delivering more distance through optimal launch and spin with an emphasis on better feel. It is designed at 47″ for a better opportunity to build at your best desired playing length.

The use of NANOALLOY® Technology and high modulus prepreg throughout the entire length of the shaft improves feel and allows the shaft to recover more consistently for tighter shot dispersion.

A constant taper design offers players a precise feel of more energy transfer to the ball for instant player feedback with greater distance. Like all other ATTAS shafts, the tight tolerances during the manufacturing process ensure the most consistent performing shafts in golf.

Interview about the ATTAS PUNCH with UST Mamiya’s Danny Le:

With the uniqueness of the ATTAS PUNCH both visually and technologically, THP thought that going directly to the source for more detailed information on both of those things was appropriate. To do that, we had a conversation with UST Mamiya’s Danny Le to find out more on the PUNCH and why it is so unique:

THP: We have seen the ATTAS line go through a constant naming and numbering evolution as the shaft technology has evolved, but with the PUNCH we are seeing something TOTALLY different. So, what’s the motivation behind the name?

DL: The ATTAS line is designed by our Japanese team and they wanted a fresh look to the product line, which is the reason for the departure. The trend with shaft graphics is larger and bolder fonts and that is exactly what you see in our ATTAS PUNCH.

THP: One of the phrases we have seen as it pertains to the design of the ATTAS PUNCH is “multiple high modulus materials”, though this has been discussed in the past with THP TV, can you give us a run-down of the what and why?

DL: It is the combination of T1100G and Nanoalloy carbon fiber, which are both considered “high modulus”. The higher modulus refers to “stiffness” of the carbon fiber prepreg.

THP: In shaft design, T1100 and Nanoalloy have become the “hot” terms being thrown around by different companies. What exactly are these and what has this material done in terms of design and performance possibilities? Better yet, what exactly is T1100 and what makes it so special?

DL: If you look at Toray’s (prepreg manufacturer) website they describe it as:

“NANOALLOY® technology is an innovative microstructure control technology developed by Toray that can bring about dramatic improvement in characteristics compared to existing materials by minutely dispersing multiple polymers on a nano-metric scale.”

Essentially, the Toray T1100G material means a very high tensile strength and high modulus, which allows us to make a shaft that is more stable (stiffer) but still allows for better feel and durability.

THP: Another big design feature of the ATTAS PUNCH is it being “Constant Taper” what benefit(s) come from this?

DL: With Constant Taper, the shaft is tapering from the butt end all the way to the tip end (OD: 0.600” to 0.335”), which creates a very smooth feeling shaft and one that transfers energy efficiently to help create maximum ball speed.

THP: What type of player is the ATTAS PUNCH aimed at as opposed to, say, the new ATTAS G7?

DL: ATTAS PUNCH will play a touch softer than ATTAS G7, so really designed to launch a bit higher but with the same spin because of the stability of the shaft. Most of our ATTAS shafts are designed to provide mid to high launch (with the exception of ATTAS 4U – high launch).

THP: Finally, what is the availability and distribution plan for the ATTAS PUNCH?

DL: The ATTAS PUNCH is available through our TSPX Dealer Network with a street price of $400. Very limited distribution overall, and we prefer that the consumer gets fit for the shaft before they spend $400. We want to make sure the products work for each and every golfer.

The ATTAS PUNCH is definitely a punch to the senses when it is first seen in hand. The yellow is on the far end of the brightness scale, but it fits with what we have come to know from the ATTAS line over the years. More than that, what makes the PUNCH stand out from the past offerings is the actual text graphics used. Mentioned in the interview above with UST Mamiya’s Danny Le, is that the trend out there now is for bolder graphics and fonts, combine that with the Japanese teams desire for a fresh look to the line, and you get the PUNCH. 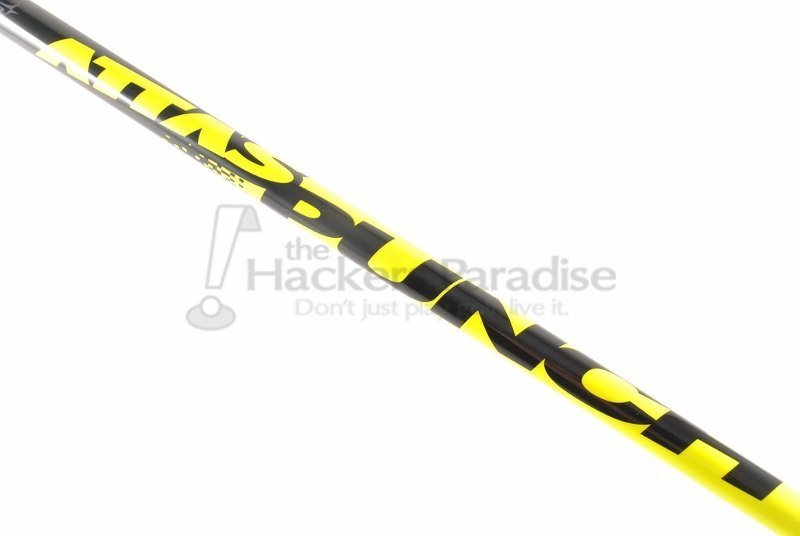 For review THP received the 7S version of the ATTAS PUNCH which came in at a raw weight of 77g, after trimming to length, the final weight rested at 72g. That said, as shown in the specifications chart above, the PUNCH has options in multiple flexes in the 60g, 70g, and 80g range giving ample options for drivers and fairways alike.

Speaking on the profile, all options in the ATTAS PUNCH line are classified as mid-spin and the torque ranges from 2.9° at its lowest (7X) to 4.0 at is highest (6SR and 6S). Something to remember when it comes to torque, is breaking the old mindset of more torque meaning a “looser” shaft through impact when it comes to squaring the head. As time has passed, advances have been made in materials, such as the T1100 used in the PUNCH, have changed that in a physical sense. Torque is much more about the “feel” of the shaft than anything else. Now, that isn’t saying that is ALL that it effects, but after discussions with multiple major shaft companies, including UST Mamiya, it always comes back predominantly to feel. 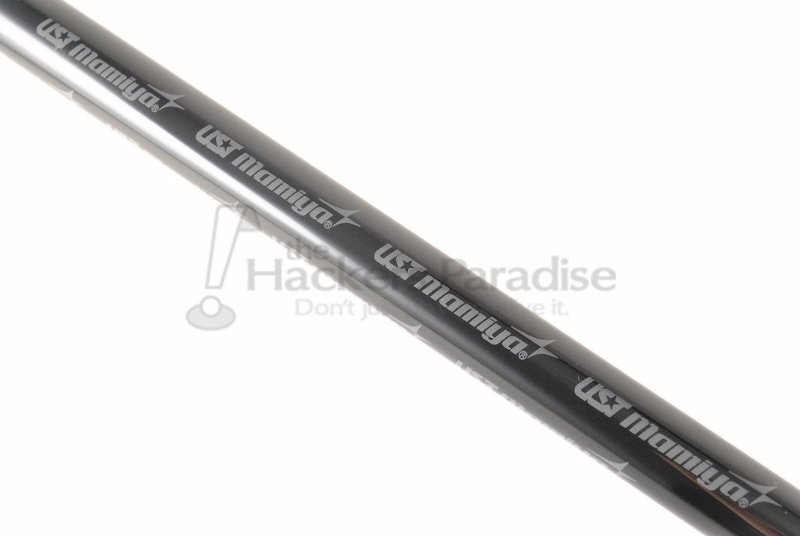 The bigger story on the profile of the PUNCH is two-fold, the use of constant taper which Danny Le from UST discussed in the Q&A earlier in the review, and the decision to design the actual shaft at 47” to aid performance no matter what length it is cut to. Both of these aspects combined with the use of ultra-high modulus materials like the Toray T1100 mean there is a feel unlike anything this reviewer has ever seen or tested. It is quite possible that there has never been a more fitting name to a shaft design as the fluidity of the shaft through the swing and impact was definitely a “punch” to everything this reviewer thought he knew about the “feel” of driver shafts.

Many times you hear shaft reviews discuss the load/kick, but the reality is most golfers won’t ever experience just what that is. That said, this shaft was put into the hands of golfers all over the swing speed gamut (80’s to 115+) and without any prompting the FIRST thing mentioned by each was the feel of the PUNCH and how lively it felt while also not feeling weak. This was precisely what this reviewer saw as though the lively nature of the shaft smacks you in the face, at no point did it ever feel like it was not keeping up with the swing.

When it comes to reviewing shafts, spin and launch are the most difficult portion to review because there are so many variables that exist from person to person. This is why shaft companies emphasize fitting, and UST Mamiya puts so much focus toward their TSPX dealers which will help to ensure that people are getting the setup that will optimize the performance both for them and the product. Fitting matters. One size does NOT fit all in shafts. 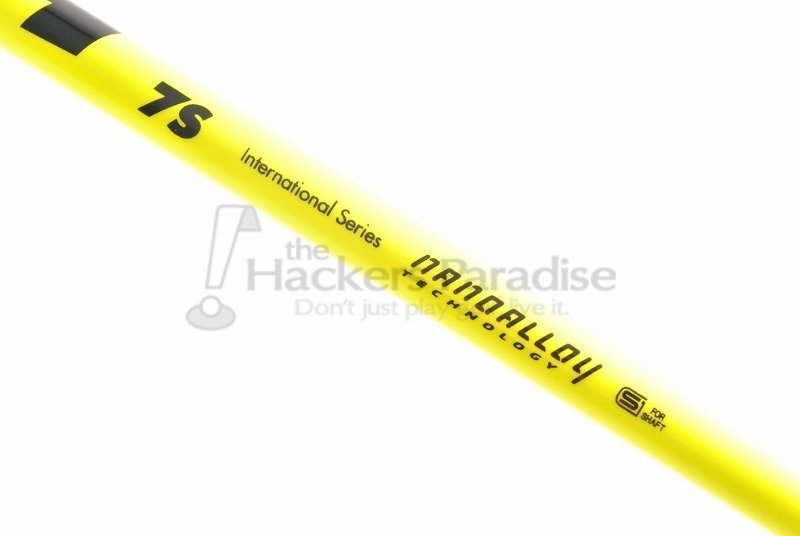 With that in mind, the ATTAS PUNCH was tested in three different driver profiles through the whole of this review (Callaway Epic, Callaway Epic SZ, Callaway XR16) all in the same loft and settings. The 7S is classified by UST as a mid-launch shaft, and testing actually saw numbers that placed it mid to mid-high in each of the three heads. Notable to that, is the consistency with which the PUNCH performed in the different profiles as there was a total range between the three of 0.5°. Spin rates fell firmly within the low to low-mid range as well and were in-line with the head spin profiles being tested. The most distance was seen off of the lowest spinning head, which given the launch angle, was to be expected.

The ATTAS PUNCH is a shock to the senses and all of the expectations that were present at the beginning of the review were wildly surpassed. Besides the unique feel for which there is not a direct comparison that can personally draw from, the profile lent itself to a much broader range of swings and speeds than anticipated. UST Mamiya has been excited about this offering, and rightfully so, as it has the name, story, materials and certainly the performance to be an intriguing option for a sizeable range of swings and needs.

The ATTAS PUNCH is available now through UST Mamiya’s various TSPX dealers and has a price of $400.00. For more info on the PUNCH and everything that UST offers, head over to their site, www.USTMamiya.com.