Boasting over thirty years of golf knowledge, the leadership at VA Composites comes into the market with a heavyweight belt already adorned.  Their dream?  To design and build the best composite golf shafts in the world.  With a clear focus on exotic designs and the best possible materials, Victor Afable leads off his VA Composites shaft offerings with Raijin.

The Raijin (Rie-gene) features a design utilizing multiple composite materials.   Designed using exotic 40T carbon fiber pre-preg materials from Japan coupled with a design that is unprecedented in the golf industry.   The Raijin is a very versatile shaft that fits a wide variety of players.   The S and X flexes feature mid-to-high launch characteristics coupled with low spin.   The L, A, and R flexes feature high launch and low-to-mid spin characteristics.   The Raijin features a torque range from 2.8 to 5.6 degrees, depending on the weight and flex category.   This shaft has a slightly higher balance point which helps with better balance and swing weight control.    VA Composites is redefining the golf shaft and we are taking performance to an entirely new level! 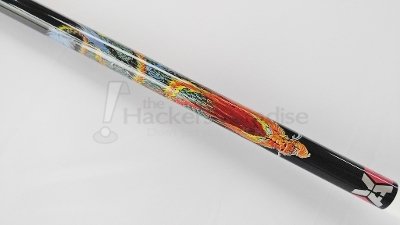 Despite not impacting the overall performance of the shaft, the design, color, and overall visual profile can make a big difference in how the shaft is viewed.  For Raijin, the bold presentation is felt immediately with a dragon that looks to have some Japanese origin (kind of like some of the material in the ‘guts’ of the Raijin).  In early testing and exposure the response seemed a bit mixed, but in hand, the story is quite a bit different (and very positive, with a few calling it ‘cool’).

Tipped and gripped (this reviewer went for an orange grip to align with some of the dragon elements), the shaft presentation is actually quite comfortable.  The predominant feature of the shaft is the long white bottom two thirds, which aligns well with pretty much any fairway or driver head on the market.  The features of the dragon are still on display, however if the golfer opts to go graphics “down” the eyes are limited to a couple symbols and “tour issue” after the transition.  Very clean. 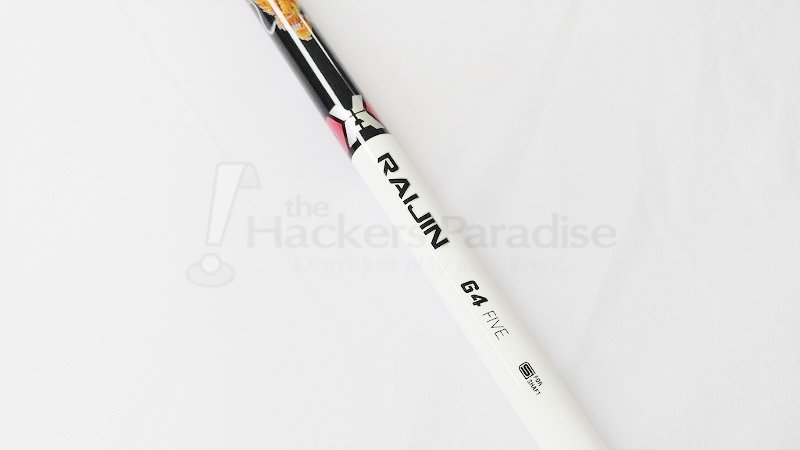 From a chart perspective, golfers can expect to experience higher torque, and some slightly higher spin from shafts as they progress from the heavier weights into the lighter weights, which boast a variation from 82 grams all the way to 42 grams.  Despite this massive change of weight, the intended profile remains relatively close to the mid/high launch and low spin (Raijin 44 being the exception with high launch and mid spin).  With a torque rating of around 3.0 in the 64 and 74 offerings, one would expect that the experience would be stable but fair.

On the golf course with the 64, that is quite close to what many who tried Raijin would put the profile.  It is firm enough into the early transition and through the contact portion of the ball to not suggest any of the dreaded “whippy” sensations of a high loading experience, but it is also soft enough in the hands to avoid over-swinging to try and load the shaft unnaturally.  One golfer, who regularly plays some of the lower spin and stiffer profiles said he felt like he did not have to work as hard with Raijin, and that seemed to resonate through the majority of the testing.  It is of that ideal central profile between being too soft versus overly stiff.  Much of this could come from a softer butt end (presumption here), but that could also come from the notation above which references a slightly higher balance point. 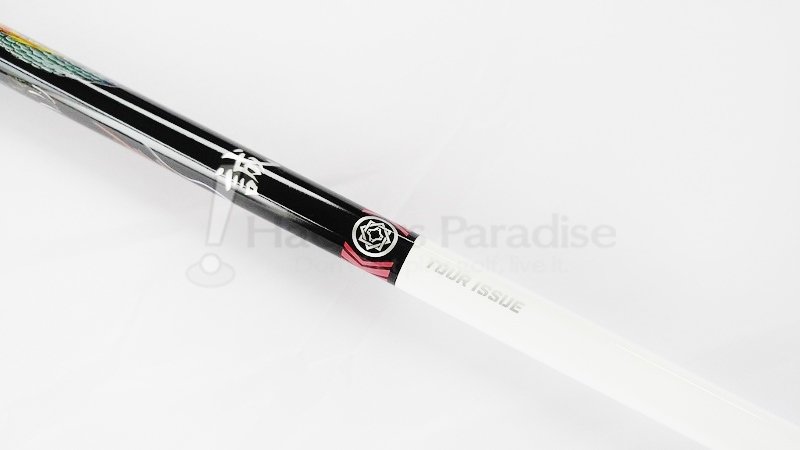 Despite the number, the Raijin 64 being reviewed came in “X” flex, which is actually a 69 gram raw weight.  This was welcomed during testing, where once again it added to the other elements to promote a smooth transition through the hands and into the contact zone.  For the stronger players, Raijin also comes in the 74x offering which is 81 grams raw, boasting the same mid/high launch profile with low spin.

During the testing process, the launch profile of the Raijin seemed to be a very conservative mid, if not a mid/high experience between a number of golfers who tried it (paired with Callaway Epic).  The launch was a bit more deliberate rather than rising over time, plateaued well, and then fell a bit forward in descent.  It gained the benefit of an already low spinning profile in the head being tested in, but it confirmed a lot of what Raijin suggests in their chart, with the ball very much in the low to low/mid spin profile.  Poorly timed swings were still directionally relevant to swing path, but it was rarely common to see a ball in that shaft/head profile get ‘lost’ and spray wildly.

With the history of the name being VA Composites, it comes at little surprise that their first shaft release comes with quality and performance in mind.  Between the subtle yet profound visual profile to the fair yet stable swing profile, the Raijin boasts a lot of what golfers with a smooth to slightly up tempo are looking for in a mid/high lower launching shaft.  With additional products planned, golfers should keep a close eye on the name VA Composites.  For more information on the brand and the Raijin, visit www.VAshafts.com.