Voice Caddie essentially hit a homerun with their release of the SC100 2014 (THP Review of SC100 from 2014), what they refer to as a “portable launch monitor”, it was a handheld device that showed tremendous upside and accuracy in helping golfers become more informed about their games. Following up a success with a new iteration can be a delicate task, the goal is to maintain what worked, while also expanding and improving the capabilities. With the SC200, Voice Caddie has heeded that concept and provided more of an evolution than a revolution in terms of what the unit can do and its effectiveness. THP was once again able to get the new unit in hand for prolonged testing. 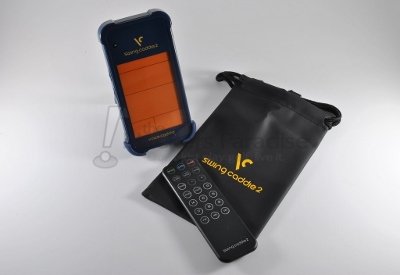 Barometric Pressure Calibration – Swing Caddie uses a built in barometric pressure sensor to automatically calibrate itself to give you the most accurate readings possible.

Practice Mode – Practice Mode displays your shot distance, swing speed, ball speed, and smash factor, as well as the time played and total shot count. Select your club, set your Swing Caddie behind your ball, and you are ready to play. Swing Caddie will automatically register your shot and display the information until your next shot.

Target Mode – Target Mode lets you set a target distance to test your consistency. Use the buttons of the remote to increase or decrease your target distance. Once your distance and club are set, you are ready to go. One round in Target Mode is 10 shots. After each swing, Swing Caddie will display your shot distance, swing speed, ball speed, smash factor, and a score out of 10 to show you how close you were to your goal.

Statistics – Swing Caddie stores your stats for each club. You can review your average distance, speed and smash factor for the day, as well as your overall stats for the last 100 shots.

Ball Speed and Smash Factor – Swing Caddie uses the club head (swing) speed and the ball speed to calculate your smash factor. This measurement will help you build consistency in your swing.

Loft Angle Adjustment – Swing Caddie allows you to adjust the loft angle for each club to help you dial in the most accurate readings possible.

Remote Control – Swing Caddie’s remote control is small and light enough to keep in your pocket and allows you to adjust your settings without having to take a step.

Just as with its predecessor, the SC200 comes in a high-quality two-piece box and the unit is front and center upon removing the lid in order to show off its aesthetics. Beyond the SC200 itself, the only other contents are instructions, four AAA batteries, the remote control and a handy drawstring pouch. 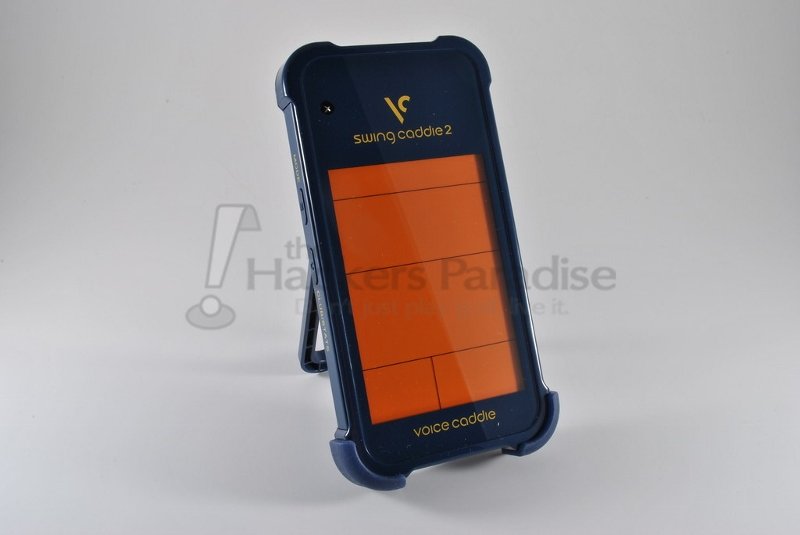 Setup is simple and self-intuitive, but therein lies the opportunity for some issues with the unit. The initial reaction is to place the SC200 as close to the golf ball as possible while keeping it out of the swing zone, this is incorrect and can cause misreads and not getting to see the unit’s full capabilities. For proper performance, the unit needs to be level with the hitting area and 40” to 60” from the golf ball. This is worth focusing in on because it is the opinion of this reviewer that the majority of users who had issues with the SC100 were not following this, and because most rush to use without reading instructions, it’s likely to happen again. After setting the SC200 up at the proper range, it’s as easy as using the remote throughout the range sessions in order to change every setting of the unit. The new remote has indeed gotten more elongated, but it also works significantly better and makes all options much more clear to the user. 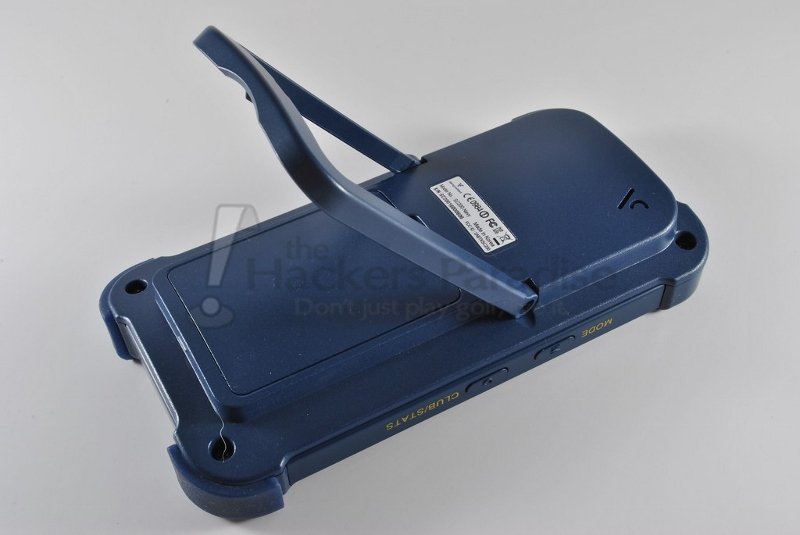 After the physical setup/placement of the unit, the only step to putting swings on the SC200 is selecting the preferred mode, club, and loft via the buttons on the side of the device or by utilizing the remote. From here it is as simple as checking that you have the correct club and loft, and swinging away. Just as with the SC100, up to 100 swings will be recorded and stored on the unit in order to track club-by-club information and averages in the stats section of the device. The screen itself remains as easy to read as ever since the orange contrast helps deal with the glare of the sun while on the range.  It also now displays all the recorded information on one screen instead of having to toggle with the remote or side buttons. Though it is easy enough to read in between swings, even at five feet away, Voice Caddie has fittingly added a voice option on the SC200 which can be set from 0 (mute) to 5 and works very well, but it is very loud on its highest setting and will certainly get some interesting looks while on the range. The SC200 really is incredibly simple to use, there is no discernable learning curve here and for any type of technology that is a good thing as it allows a truly wide range of people to use it. 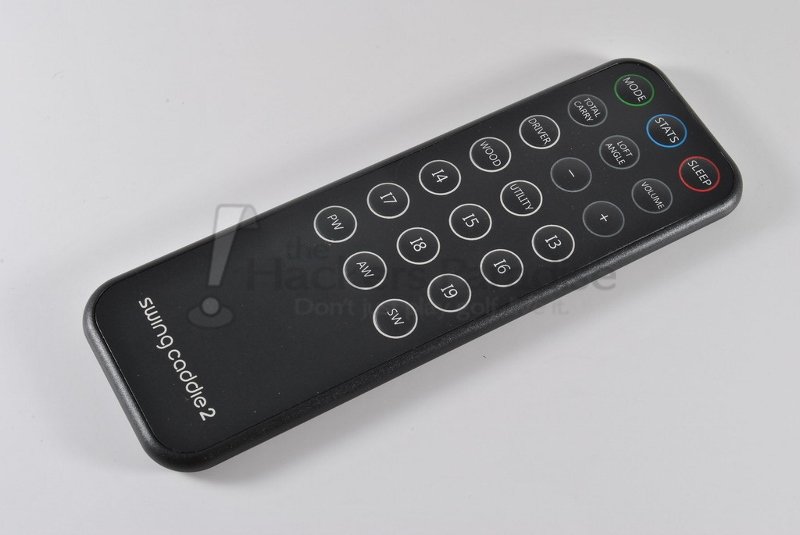 The SC200 utilizes a built in Doppler radar which means it records its data at impact rather than tracking the entire flight of the golf ball (this is why spin is not included in the data the unit records). The unit records and displays swing-speed, ball-speed, smash-factor, and carry distance. It is worth mentioning you can change the display to total distance, but given the restraints of the tech in the unit, it is a pretty significant estimate. The same modes from the SC100 are in play here as well – practice mode, target mode, and random mode (all modes are broken down in the “Key Features” above). 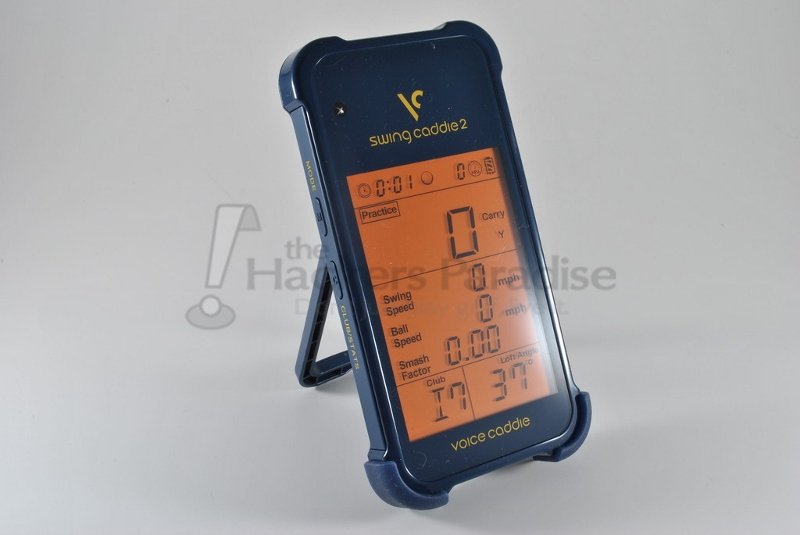 While most users will flock to the general practice mode, as was the case with the SC100 the target and random modes deserve more focus even if they are unchanged in their operation. For golfers who really enjoy going to the range and dialing in their games for specific distances these two modes are the stars of the device. They give the user the ability to not only practice, but to compete with themselves or even with a buddy on the range to see just how close to 100 they can get their scores in the 10 swings of each round. For this reviewer who struggles with consistency from 50 to 110 yards, it was extremely easy to camp out and use an entire range session just on those distances in these two modes. They won’t be for everyone, but they also really shouldn’t be forgotten as a practice tool. 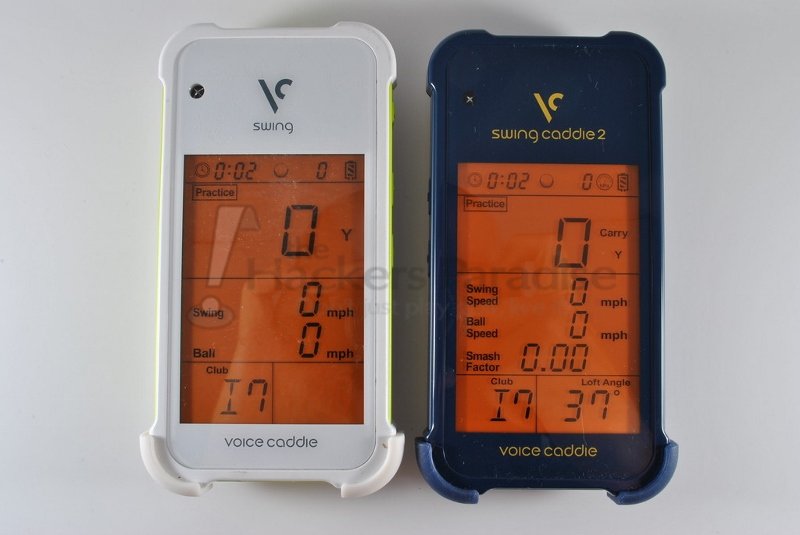 Obviously though, accuracy is where most of the curiosity lies with these types of products.  For the purpose of testing this the SC200 was hit not only side by side with the SC100, but also a full capability high-end launch monitor. Compared to the SC100 the two were very close, within 1-2 yards in carry distance and ball as well as swing speeds within 2 MPH of each-other, this lead to the smash data also being extremely close. Although most would expect the SC200 to be close to its predecessor, it was when put up with against the full launch monitor that the unit really did impress. The SC200 consistently read the club and swing speeds 1-3 MPH higher than the launch monitor and as such it also gave a higher smash factor which isn’t surprising. Carry distances and ball speeds on even just decently struck shots were actually within 1-2 Yards/MPH of the launch monitor constantly, this really impressed the reviewer. 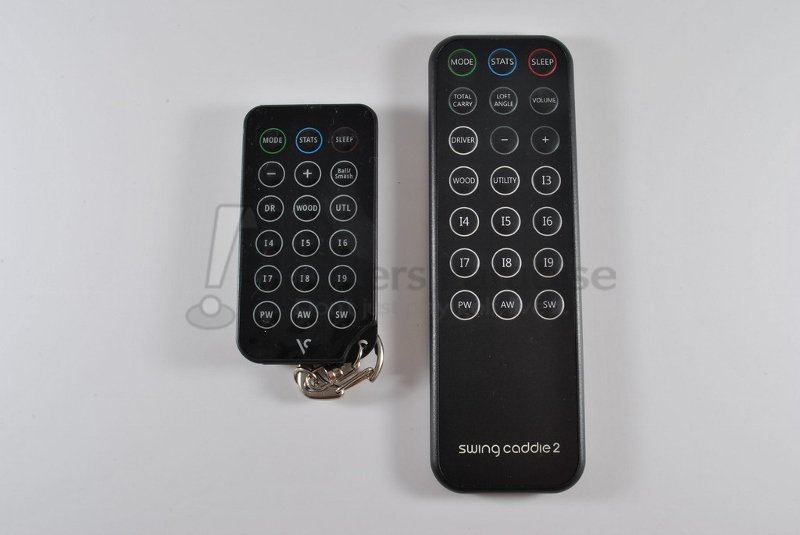 The SC200 has most definitely improved its accuracy from the last iteration and there are two things which are likely a big reason for this. First, instead of using a pre-set lofts, the SC200 lets the user select the correct loft which is significant since we know lofts vary from set to set and personal preference. Additionally, Voice Caddie has also built in “Barometric Pressure Calibration”, meaning when the unit is turned on, it measures the pressure as well as the temperature (and displays it on screen) and this information is then plugged into the SC200. The intent of these two features is to allow for the unit to really digest the recorded information at impact into more accurate data readouts, and based on testing, it worked. 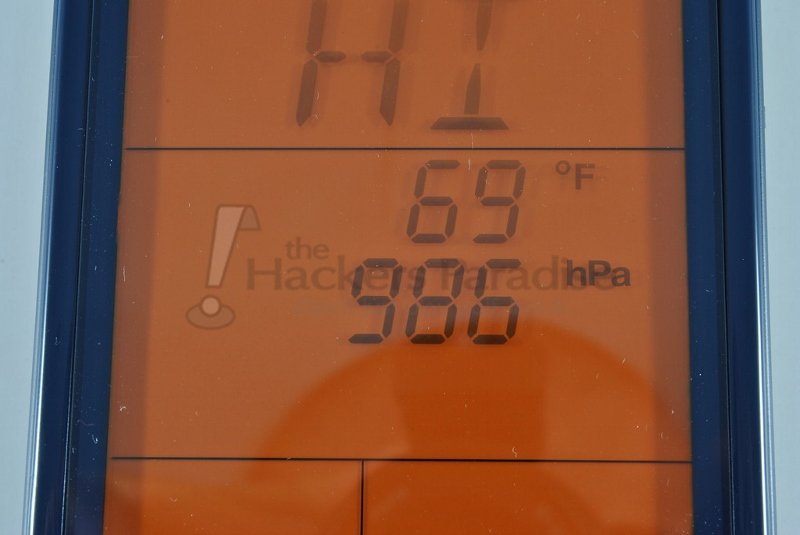 With the SC200, Voice Caddie has taken the intelligent path and rather than re-inventing anything, they streamlined it. The little things like having all information displayed on the screen at one time and a more effective remote in and of themselves would be enough to get some to upgrade, but the boon here is that the performance has also improved. Something to keep in mind however, is that although the company has classified this a “Portable Launch Monitor” by name, for gearheads who regularly hit on full launch monitors, that title can be confusing. Although the SC200 does a lot for the price-point ($349.99), it still isn’t a multi-thousand dollar unit that measures every single idiosyncrasy of ball flight data. While it makes sense to call it a personal launch monitor, it is much more an insanely in-depth practice tool and when understanding that fact it really lets the user take full advantage of what it provides.

For and more information on the Swing Caddie SC200 from Voice Caddie, be sure to check out their website at www.voicecaddie.com.