When it comes to drivers, golfers are always seeking ways to increase distance because, well, the long ball is fun. With the D300 driver release, Wilson has doubled down on their belief that most golfers can benefit from a lighter driver and that they know how to produce the “Right Light”. Beyond just being light, the D300 looks to offer significant forgiveness and perhaps the most outside the box take on increasing aerodynamic efficiency in the industry with Micro Vortex Generators. THP was able to work in detail with the new D300 10.5° paired with the 44g Matrix Speed-Rulz A-Type shaft to see just how it performs. 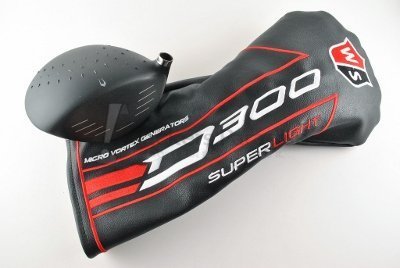 The D300 builds on Wilson Golf’s principles of The “Right Light” and creating a broadly playable superlight driver. From first glance at the D300, it is clear there is a lot going on visually, particularly with the Micro Vortex Generators on the crown. Combine all of this with FastFit adjustability and you have three aspects that are worth taking a closer look at in terms of what they are supposed to do, and if they achieved that goal during the review.

One of the current trends with drivers is improving their aerodynamics in hopes of increasing clubhead speed through the use of different crown structures. It is the opinion of this reviewer that we have only just begun to see these types of features and they are going to become more prominent in future designs. With all that said, the Micro Vortex Generators (referred to as MVG throughout this review) on the crown of the D300 are unlike other aerodynamic design on the market. During R&D, Wilson found that the initial interaction within wind data and testing was that the air initially attached to the head quite well, but soon after detached and increased drag. This is what led to creating an aerodynamic feature where the data told them more help was needed. 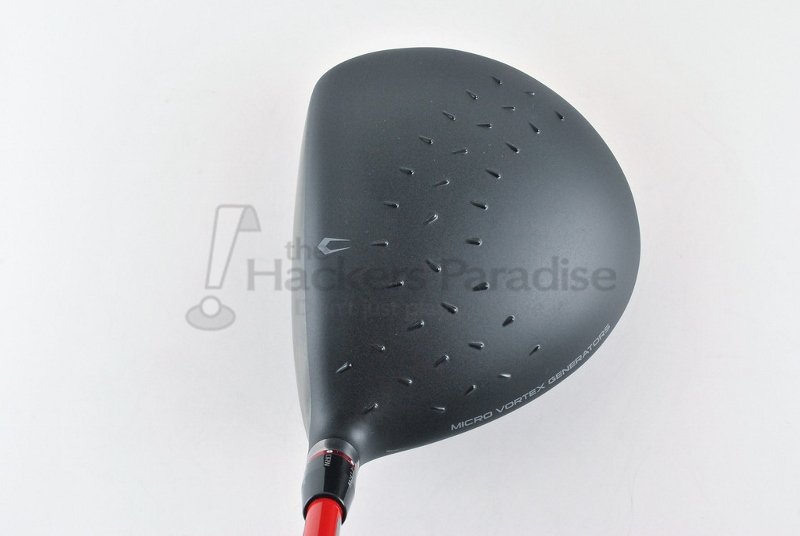 The MVG’s have been a hotly discussed aspect of the entire D300 metal-wood line on THP’s forum, but more-so on the driver because it is the biggest club. They almost look like little whiskers that are placed in various locations, angles, and widths from each other. For instance, there are more near the hosel where data showed the air tended to detach earlier and more often than in the mid-to-toe region. Aesthetically speaking, they are different than anything else which might cause some people to struggle with the looks, but the choice of a matte finish helps them blend in much quicker than one might expect. Performance wise, this is a difficult one to measure. The D300 itself showed over a 2 MPH increase in clubhead speed for this reviewer compared to the D200 and the Triton. That said, it has also undergone some other weight and design changes which could account for some of that. In the end, do the MVG’s work? Science tells us that they have to, just look at airplanes which have used similar design features for decades, but the amount at which they are impacting will depend on many different individual swing aspects.

Since the release of the D200 line, Wilson-Staff has professed their belief that the majority of golfers would benefit from playing a lighter driver based on the potential increase in clubhead speed and thusly overall distance that it could provide. The D300 is being touted as the lightest adjustable driver on the market, and when initially held in hand, the weight is the thing that practically everyone who it was introduced to during testing commented on without being prompted. This year however, Wilson has gone a step further to reiterating that it is all about finding the “Right Light” for each person and not simply the lightest overall. 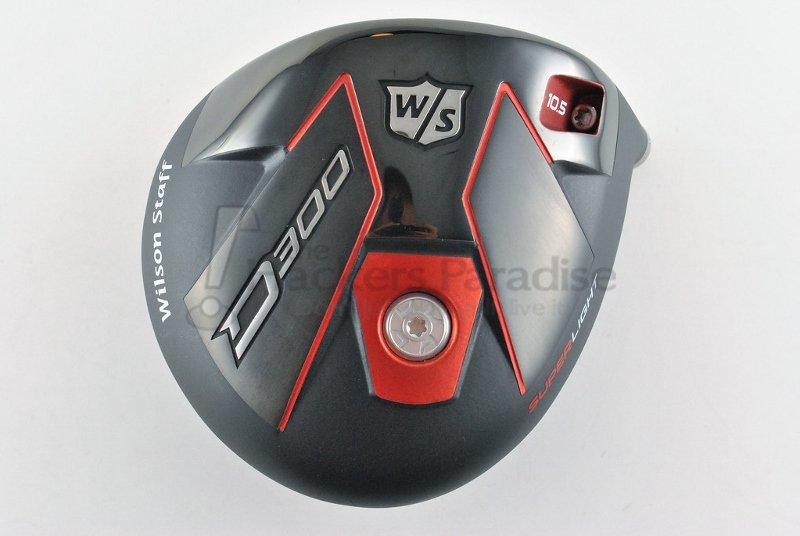 That is where the D300 separates itself from the D200 which, without a clean and easy way to alter the clubhead weight, was a bit pigeon holed by perception. The D300 features an interchangeable weight in the sole which will allow for adjustment of the overall build. In fact, Wilson-Staff is offering a 44g version and a 65g version of the stock Matrix Speed-Rulz A-Type shaft, allowing the range of playable weight increase by a large margin. Where performance goes, as mentioned earlier, the D300 produced over 2 MPH increased clubhead speed for this reviewer when compared to the Triton and the D200, proof that lighter definitely works in that regard.

Wilson’s “FastFit” adapter is one of the most intuitive available on the market, the advancement we have seen from them in this regard from the M3 adapter until now is practically night and day. The adapter features their “Green Means Go!” design feature which allows for adjustments to be made to the loft without having to completely unscrew the head. The D300, like its sibling the Triton, has 6 settings offering three lofts in both standard and draw biased versions producing a +/- 1° range overall. Some may shy away at the idea that there are no fade settings, but, the majority of golfers benefit most from draw bias. With Nike going under, the FastFit adapter might just be the quickest and easiest to adjust out there. 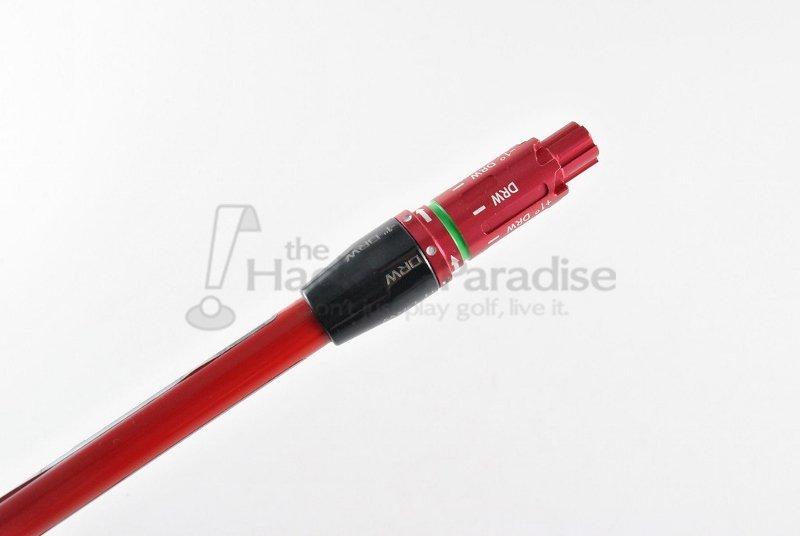 The D300 features the same matte black crown style used with its predecessor, and as mentioned earlier, it was a good call to pair the matte with the MVG’s as it blends them in more than gloss would have. The move to a black face this year is also a pleasant surprise, for many like this reviewer, the black finish on driver faces is nice because of how easy it makes it to see impact locations. Beyond all that however, the biggest aesthetic advancement in the D300 compared to the D200 is the sole of the club. Where the D200 was extremely simple in its overall look, the D300 shows Wilson Staff coming into their own in terms of design and really beginning to find a stride. The sole features all the sharp angles and lines that “look like a Wilson-Staff driver”, and the combination of brushed, matte, and polished black draws the eyes into the coolest aesthetic features, the interchangeable weight and the polished chrome W/S crest. The D300 looks different because it is different, but the shape, depth, and profile overall should fit a lot of eyes. 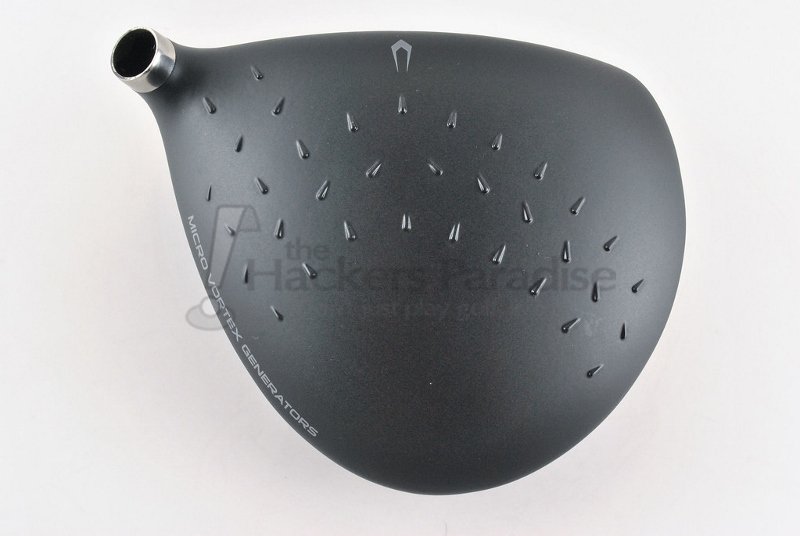 In terms of the sound/feel at impact, the D300 definitely stands apart from the F5 and Triton. Much like with the past iteration of the D-series driver, the club offers a much more muted sound at impact. There is a bit of metallic tone to it, particularly on misses to the upper-toe and lower-heel regions, but unlike the other drivers in the line, there is not going to be much which people can nitpick about here. Even as lightweight as the head is, it maintains a solid feeling and golf balls hit in the center region produce a sensation that most equate with the word “hot”. In other words, it gives a very lively sensation to the user. More than that, there is enough differentiation in sound and feel to identify misses across the face. 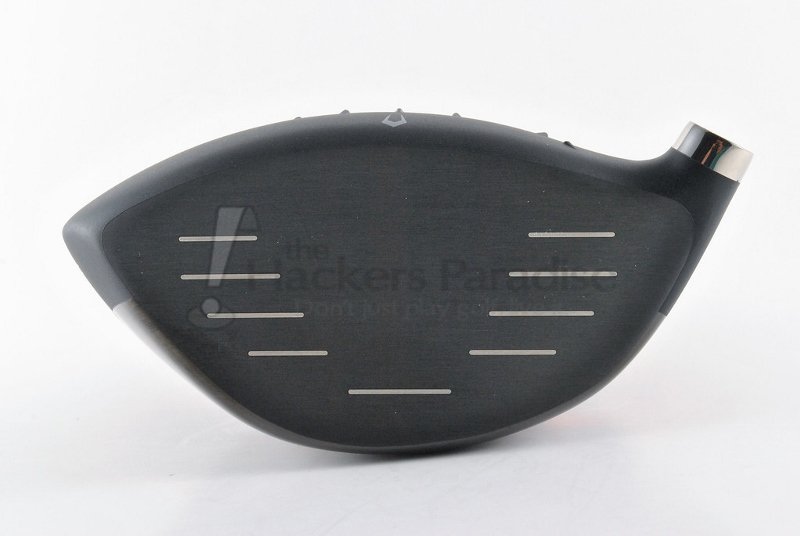 The big story where performance is concerned with the D300 is, of course, speed. It was mentioned earlier when discussing both the Micro Vortex Generators and the “Right Light” design premise, but for this reviewer when the D300 was hit next to the D200 and the Triton (in its lightest setup, with the same shaft) it produced just over 2 MPH more clubhead speed. Based on the overall weight and build of the club, that result was not all that much of a surprise. When measured, the headweight of the D300 came in at 183g, pair that with the 44g version of the Matrix Speed-Rulz that THP received and then the 25g Golf Pride grip and you have a 252g total weight, which is incredibly light. More than that, the shaft length stock comes in at 46” which swing weights the club out to a still light, but playable for most, D2 swing-weight. All of this adds up to an ultra-light design that when tested with players all over the swing speed gamut, created more clubhead speed for each and every one. 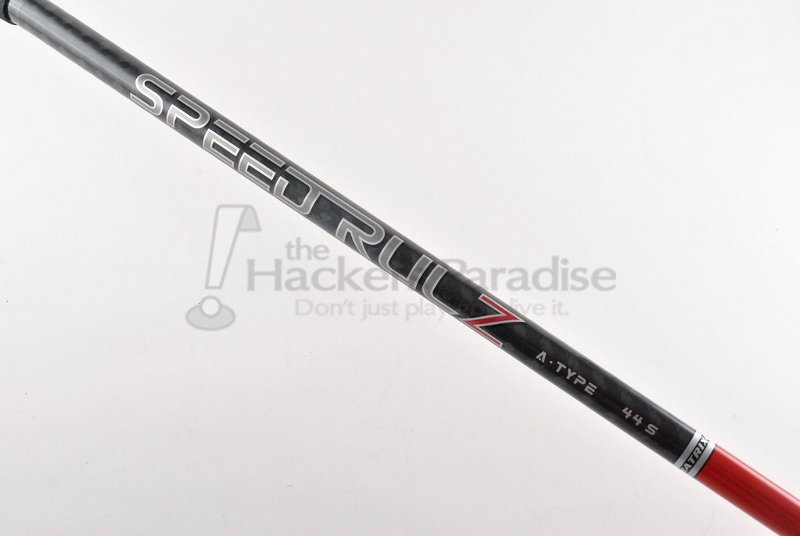 When out for testing, the first comment received each and every time pertained to the MVG’s on the crown, however it was always immediately followed by how incredibly light the driver is in-hand. That brings us to the next question many will have, how light is too light when it comes to control and dispersion? To be totally honest, the brain is a powerful thing here and the assumption that lighter means wilder, especially if you are a stronger swinger, is not always the case. The only way to know for sure is to try the club for oneself and see just how it does. For this reviewer who is 105+, there was no more tendency to lose the ball right or left. Yes, it subliminally lead to focus on the swing tempo and transition, but even when moving to what felt like a more deliberate swing, some serious distance was found. Where dispersion goes, the swing still plays the largest role, and the nice thing is that if the 44g setup is just too light for someone, there is a 65g option and interchangeable weight to adjust the swing-weight which will still produce a very lightweight driver many could enjoy. 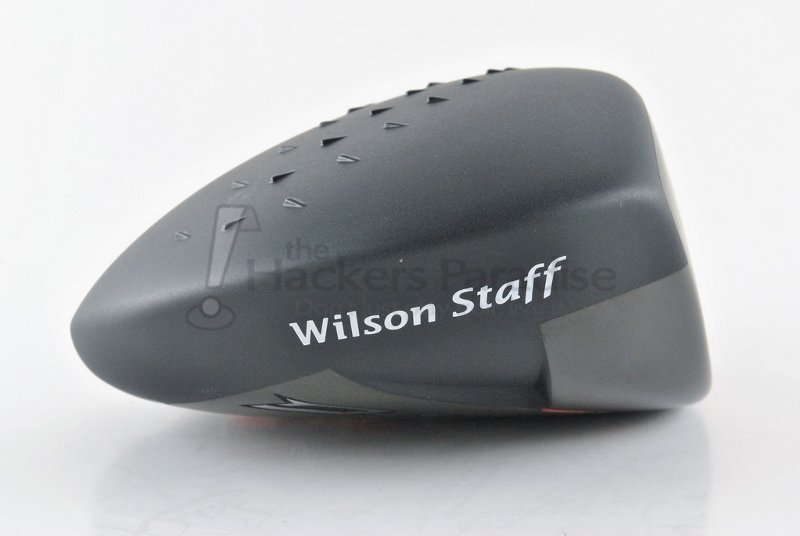 As many will likely anticipate, the D300 was also a higher launching head in the hands of anyone who tried it, from sub-90 to plus-110 swing speeds every user when placed on monitor saw an increased launch angle. For this reviewer, the numbers consistently hit 14.0° and beyond, which for a lower ball hitter was a lot of fun to see. As for the spin numbers, we know the users swing matters a ton here and one person’s numbers with a driver are NOT the be-all-end-all. That said, a range of 2,900 to 3,300 RPMS were consistently recorded during testing. Thanks to the increased clubhead speeds, the ball speeds off well struck shots also jumped up, and on misses the D300 proved to be an incredibly forgiving and stable design considering just how lightweight it is. Wilson-Staff considers this their most playable driver and nothing seen during testing could disprove that, it is one of the more “stay-in-play” drivers this reviewer has hit in a while.

In the past, the D-Series drivers from Wilson-Staff were automatically cast aside by many because of the focus on being lightweight and the lack of ability to easily adjust that weight for fitting unless seeing a professional fitter/builder. With the D300 though, Wilson has seemingly taken all of that feedback into account and made a tremendous effort to both stay the path of producing the lightest adjustable driver around, but at the same time give the option to adjust that weight if need be to those who want light, but not ultra-light. On the course, the D300 proves itself a really well rounded driver with a good sound and the potential for a lot of distance, which golfers are always seeking more of. The key for Wilson is definitely going to be availability, which they have continued to improve annually, and people giving the super unique look of the club a chance.