There is a lot that is bold about the D300 release from Wilson Golf.  With a tag line like “Try D300. You’ll see why we don’t call them woods, we call them micro-vortex powered DISTANCE MACHINES” and a totally different look at aerodynamics management on the crown (Micro Vortex Generators), it is pretty safe to say that confidence is not lacking at Wilson HQ.

The D is D300 not only stands for distance, it defines it. The newly designed D300 driver combines Right Light Technology with Micro Vortex Generators to reduce the drag force leading to increased club head speeds and greater distance. Designed for the Distance player needing power, accuracy and a confidence-inspiring look at address – features a premium Carpenter Custom 455 maraging steel face insert which maximizes distance from the tee, fairway or rough.

Reading the introduction from Wilson, it sets the tone very quickly on to what golfers should expect from the D300 series of golf clubs.  Something that improves swing speed, improves aerodynamics to let the club swing easier through the air, and a club that when pulled, results in shot on the fairway or the green.  The lighter profile is quickly noticed, but there is an obvious technology that tends to steal the show out of the gate. 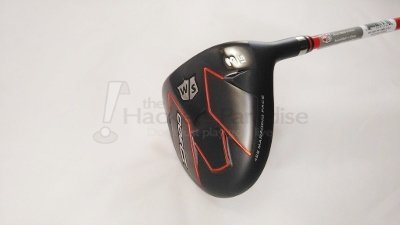 Micro Vortex Generators – From Wilson: Micro Vortex Generators reduce the drag forces on the head, leading to increased club head speed and greater distance.  The idea of placing raised elements on the crown of a golf club for improved aerodynamics is not a new idea, but nothing to the extent of the D300 series.  On the fairway, they are actually set back into the crown, starting almost in a trail from the heel side of the club towards the back and into the toe.  What is fascinating (and different) about Micro Vortex Generators is how they all seem to serve a purpose beyond alignment.  “Flowing” in different directions, they appear to be working as a group to battle airflow throughout the different head directions in the swing, and that builds confidence. 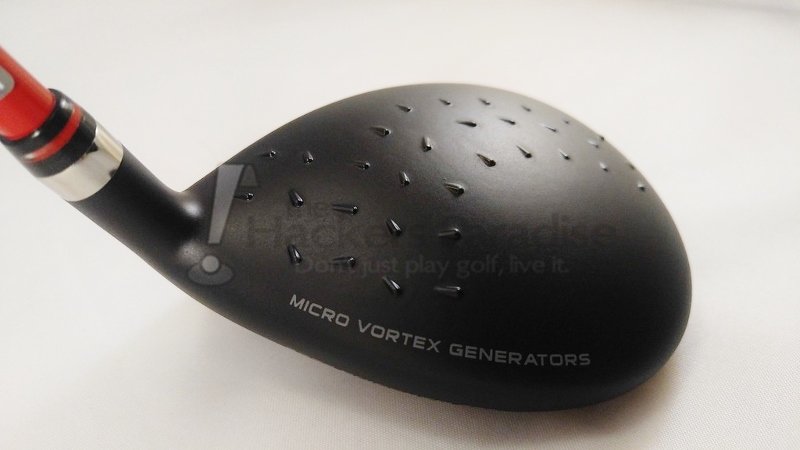 For anyone jumping to an early conclusion suggesting they are too much to look at, it actually ends up blending into the head beautifully after only a handful of swings.  In the final session prior to the writing of this review, it had to actually be reminded that they were there.  It would seem to make sense that much of that has to do with the matte finish and how well they flow across the head.  It is nothing to deter from the series at all.

Carpenter Custom 455 Face Insert – From Wilson: Increased ball speeds and maximum distances are created by the premium maraging steel insert that produce a thin, hot, high CT face.  While this is not a visible technology, it certainly becomes a part of the conversation of feel or sound, as the construction of a fairway wood often has a big impact on how the overall sound is portrayed.  One of the big benefits of the D300 Fairway Wood is how obvious the contact quality is as the golfer moves around the face with their ball strikes.  In the central and higher locations of the face, it is a much sharper and livelier sound, while contact that falls into the lower portions of the head leave a bit to be desired with a more muted, duller sound.  This can be a big benefit for the golfer who is trying to better understand their misses, and it was very appreciated throughout the review period. 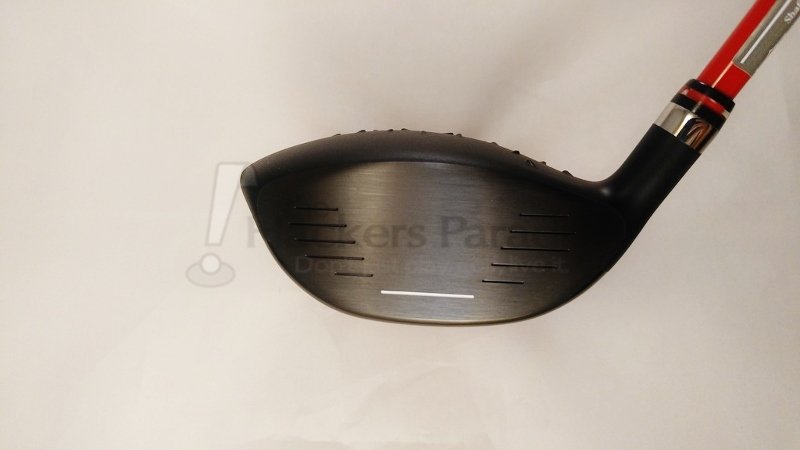 Right Light Technology – From Wilson: The ideal combination of weights and balance points allows players to swing faster with the same effort resulting in more distance.  The combination of the head, 49s shaft, and 43.25 inch playing length make the D300 very easy to get through the swing quickly and efficiently.  Mixing time between that setup and others with 75+ gram shafts proved the rather obvious difference between the profiles, and validated the suggestion by Wilson that golfers can gain some pace with the lighter profile.  With that in mind, the ease of swing never produced swings that felt out of control, even when bouncing back and forth between various other woods of the same loft. 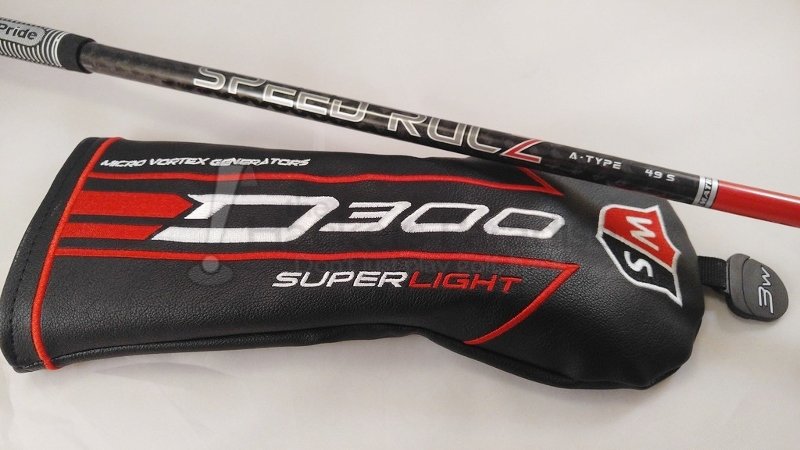 There is a lot of truth in the idea that the D300 is lively off the center of the face, and the combination of the head profile with the Matrix Speed Rulz A-Type produced some really impressive launch angles for various types of golfers.  Mostly in the mid range for those who are trying to gain height with their equipment, while those who already enjoy a higher ball flight could really elevate the ball with the combination of the Speed Rulz profile.

During testing, the D300 got into the hands of a wide variety of golfers, and this reviewer could not help but chuckle at some of the contact locations being thrown at the D300.  Extreme toe high, extreme heel low, and up and down the face.  What was most surprising, was how playable a lot of the really terrible contact strikes were.  Naturally there was distance loss, but on one sample, the ball barely even made full contact with the toe of the head, yet had a ten yard draw off the line of aim with plenty of distance to support the result. 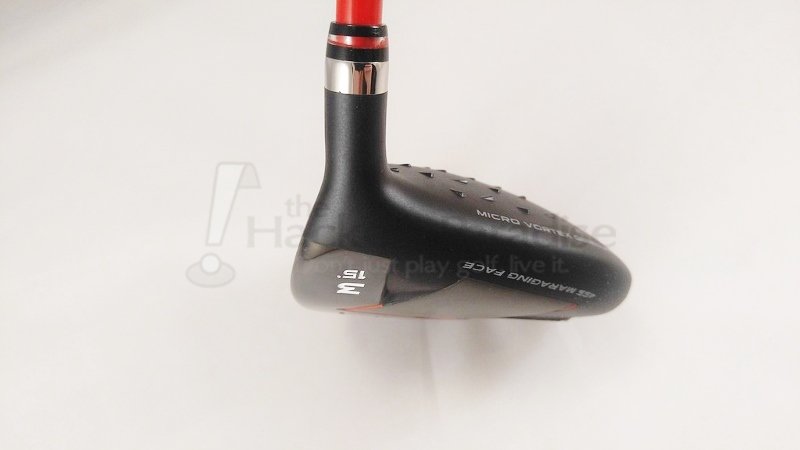 For golfers with a more consistent contact location, there is a lot of optimism that consistency will not be lost on this head.  During one of the on course sessions, multiple balls were played from the exact location with similar contact, and the ball looked nearly identical in the air.  In four separate occasions, the results were a maximum of ten yards off line from one another, with the weaker strike of the three coming up at about 90% distance.  It was very impressive.

The overall shape of the head is a bit deeper that a typical three wood, which will probably bring a ton of confidence for golfers who enjoy hitting their 15 degree club off the tee as a driver replacement.  Despite this shape, the head still promoted a perfect mid flight off the fairway lie, with relative ease and consistency.

Wilson comes into 2017 with confidence in their D300 lineup, and it seems like it is merited.  They have produced a club that is versatile, can provide solid distance, and can forgive some of the more tragically mediocre swings golfers could muster.  For more information on Micro Vortex Generators, Right Light Technology, and the D300 Fairway Woods, visit www.wilson.com.