The 8802 putter shape is one of the most aesthetically simple head shapes out there. It has been imitated thousands of times with many minor tweaks by some of the biggest names in putters, but at its root the shape has never been as elegant as with the original Wilson Staff versions. The Wilson Staff 8802 design has a history rivaled by only a handful of other shapes and it was used by some of the greatest to ever play the game.  With the 100th anniversary of Wilson Staff occurring this year the company has made the move to reintroduce its classic putter to the world with subtle modernization and retro style. 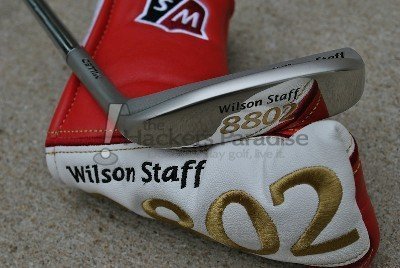 Wilson Staff on the 8802 Milled Putter:

From the Designed by Arnold Palmer to the 8802 to today…The same elegant, timeless, heel shafted headshape with numerous major championship wins.

With the same heel-shafted head shape, the new 8802 is milled from 304 stainless steel for the ultimate in precision, feel and feedback with a double milled facing to be perfectly flat for true roll.

The 8802 Milled putter has a modern head weight (335 grams) to work with today’s green speeds and ball construction. It is available at 35” and right hand dexterity.

o   Milled from 304 stainless steel for the ultimate in precision, feel and feedback, the 8802 features a double milled facing to be perfectly flat for true roll.

o   The True Temper Head Speed Shaft is stepless and fluted for outstanding feel with a flared tip design that melts into the hosel. The 335 gram head weight works with today’s green speeds and ball construction.

The 8802 design is one of the simplest yet most elegant putter designs ever created. The putter is a fully heel-shafted full-shaft offset blade that possesses no unnecessary bells and whistles. Just as the original was cloaked in simplicity, so too is the 8802 Milled. 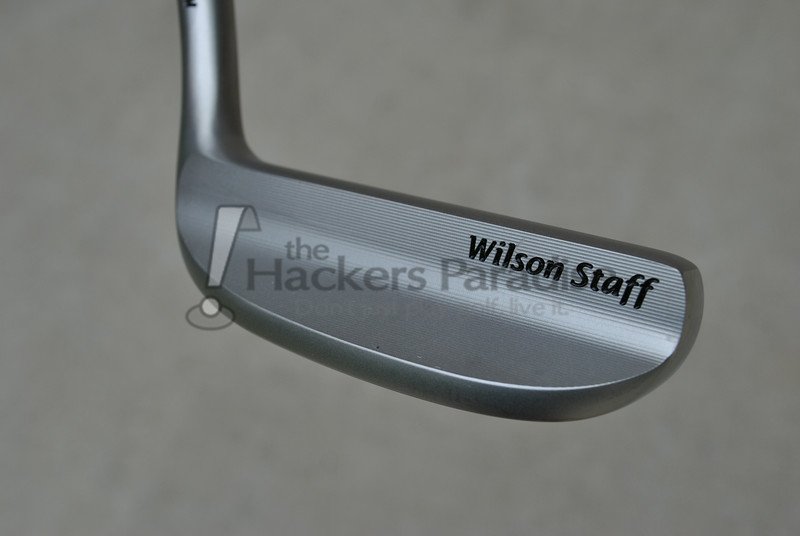 The general proportions of the design from address are on par with the original versions with a compact heel to toe length, slightly rounded topline, and an extremely small rear flange that has a touch of a teardrop shape to its overall profile. One notable difference for those familiar with the original 8802 models is that the face on the new version is deeper with an overall face height about the size of a quarter in comparison to the classic version which was the size of a nickel. 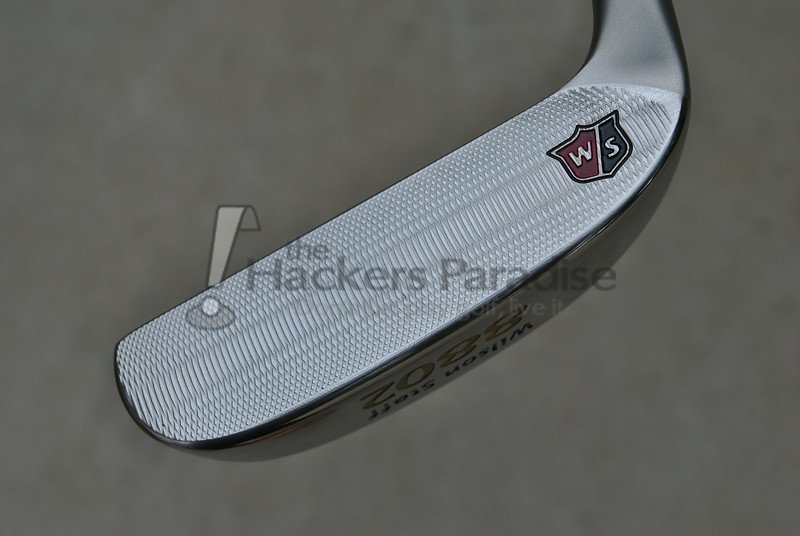 Where the 8802 Milled separates itself from the classic versions aesthetically is with the gorgeous satin finished topline combined with the polished chrome sole and the milling throughout the putter. The face features an aggressive milling pattern which will appeal to many modern putter enthusiasts, but the milling marks of the 304 Stainless Steel material are also visible on the narrow flange of the putter making for a stunning overall appearance. 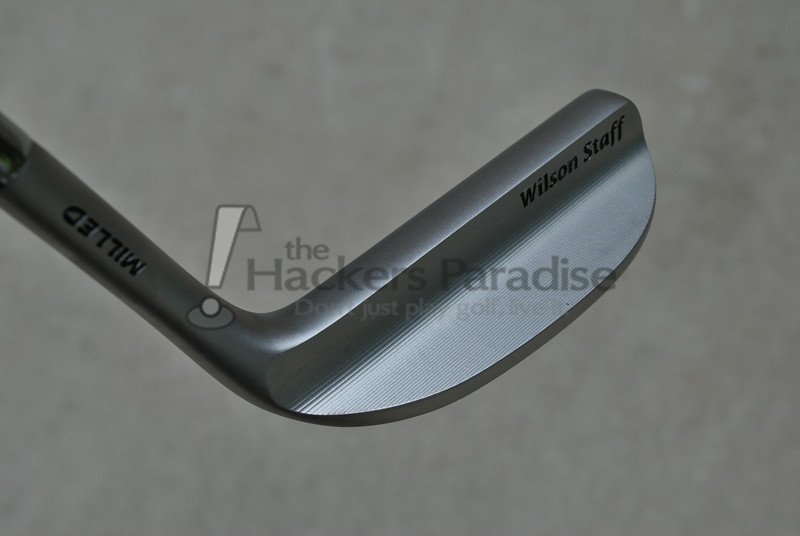 The design is rounded out by minimalistic engraving of the Wilson Staff crest on the face, name on the rear upper flange, ‘milled’ on the hosel, and an homage to the original design with the classic “Wilson Staff 8802” on the sole. Nothing is out of place, and seeing as the design is so simple and compact without much overall surface area this shows the care that Wilson Staff put into this release. The engraving is finished with the classic red, black, and gold color scheme that makes sense with the 100th anniversary theme. 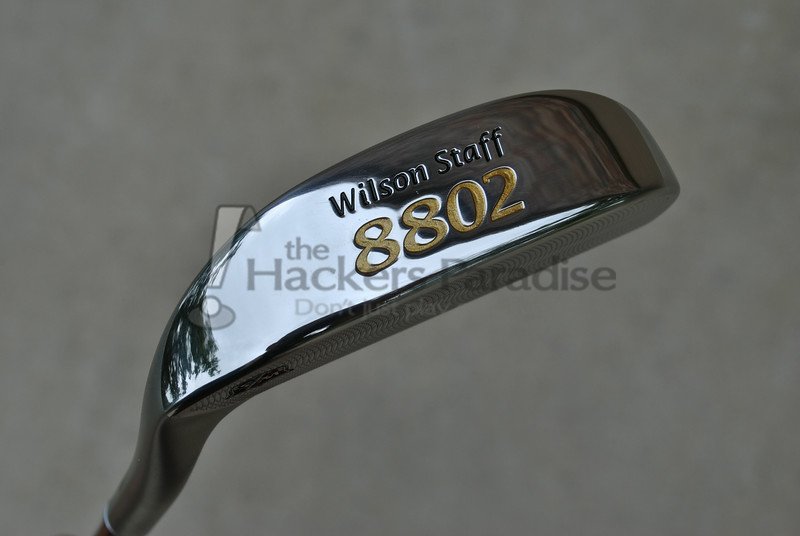 Certainly worth mentioning aesthetically as well is the head cover for the 8802 milled putter. Much like the paintfill, the cover itself follows the classic Wilson Staff color scheme of red, white, black, and gold  and features some of the nicest stitching and general design characteristics seen in a stock putter cover from a  major company in a very long time. The cover itself is a smaller size profile to ensure proper fit on the small 8802 shape and has a Velcro closure. As beautiful as the putter is, the head cover is amazingly well done and certainly adds to the aesthetic appeal of the overall package. 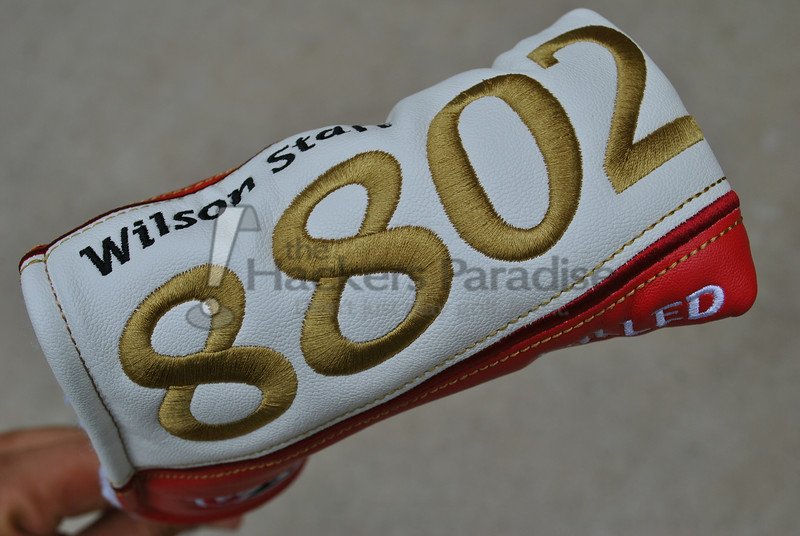 The 8802 design was once the most popular flatstick design in golf and some of the greatest putters ever to play the game have utilized this very head style, but there are certain things from a performance standpoint that must be kept in mind. 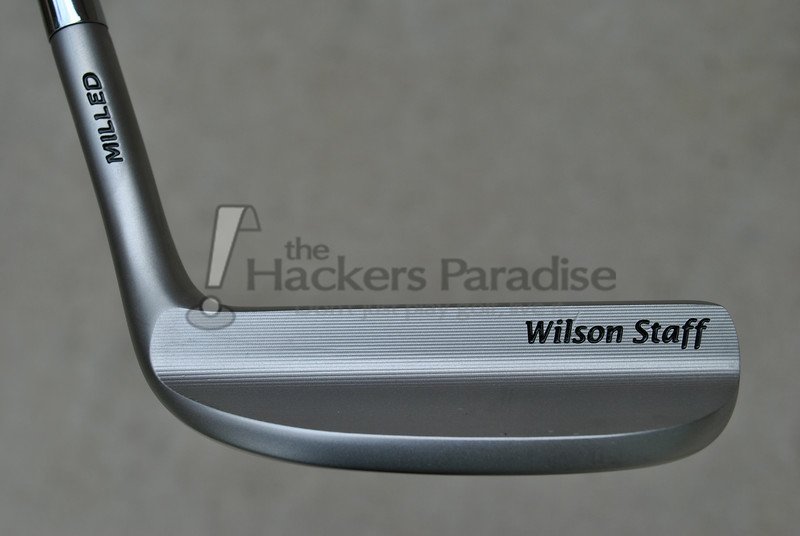 At impact the 8802 Milled putter has a nice ‘click’ that provides a pleasantly firm feeling, yet thanks to the slightly deeper face milling reducing the surface area which comes into contact with the ball it maintains a tone free of any harshness. The putter also provides immediate feedback to the hands and ears as there is no shifting of mass to get in the way of vibrations and sounds. When you miss the sweet-spot you know it immediately. There is no muddling like can often occur with the new high MOI designs as it pertains to feedback. 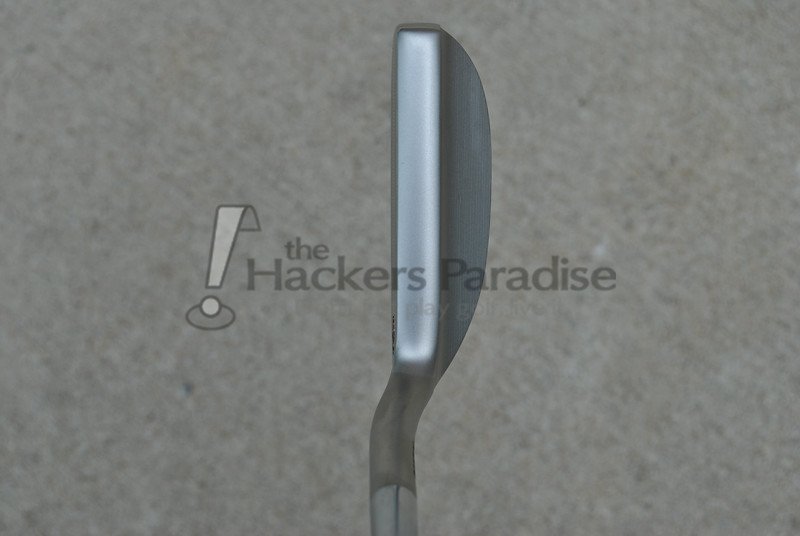 During testing the consistency of the roll was a definite high point. Skidding was not an issue as the ball wanted to take an immediate forward roll. Naturally, different strokes can yield different results, but the standard loft setup should serve a broad margin very well. However, it should be remembered that as a true blade putter there is a lack of perimeter weighting on the design, a major reason that the shape has dropped in popularity over the years. This means that when you miss, the results of those off center strikes will be much more noticeable than most designs because the shape is exactly what you see. There is nowhere to truly stretch and manipulate things to increase the MOI of the design.  Combine the lack of perimeter weighting with no alignment aid and precision and consistency with the stroke becomes the name of the game with the 8802 Milled. 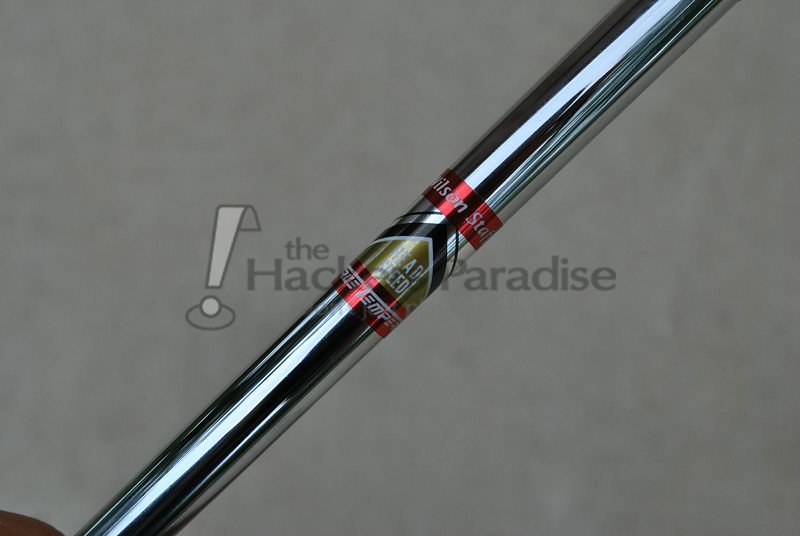 Something additional to note with the 8802 milled putter is that the sweet-spot location is much more centered on the face whereas the classic versions are often slightly to the heel side. This is likely due to the modern weight and added face depth. Most amateurs would never think about or notice this, but enthusiasts of the original 8802 will. Similarly, this release also has a modern version of the “Head Speed” shaft which the original, like the sweet spot and face depth, is a source of the almost cult like adulation the classic received. This version of the shaft is stepless and features the same fluting of the original that many believed gave the shaft more feel through the stroke. This however is something that testing showed will come back to the individual, as this tester did not notice a significant difference from a standard shaft. 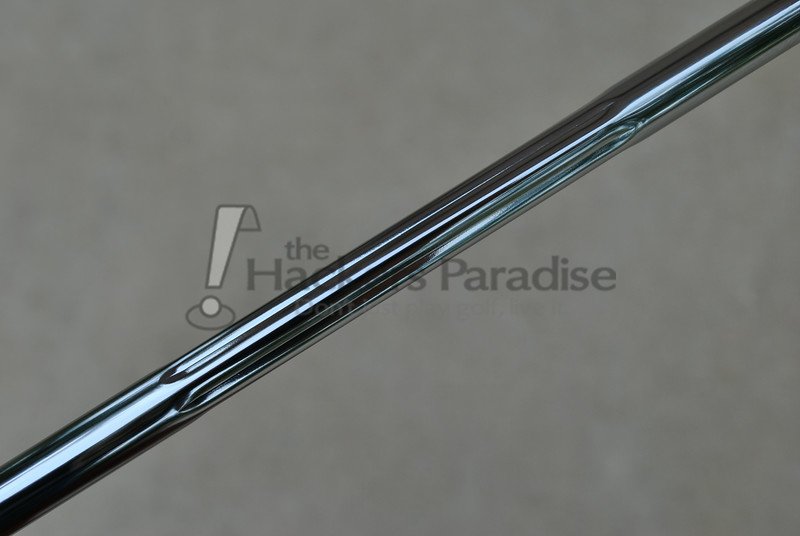 Although the shape may not be as popular as it once was, the 8802 design is still one of the most imitated putter shapes in golf for a reason. It is classic, it is elegant, and it is putting in its simplest form. The design itself may not be the best for some to use on a day to day basis, but the history and beauty which Wilson Staff has captured in the 8802 Milled will certainly lead to many wanting to add it to their putter collections. This is a salute to the 8802 as only the company who established its success could do, and a very fitting release on the year of their 100th anniversary.

The 8802 Milled putter has an MSRP of $179.99 and more information about the putter and its availability can be found on their website www.wilson.com.