Wilson Staff has a very rich history of producing high quality irons for players of all skill levels. In fact, Wilson irons have been in the bag for 61 major victories, which is quite impressive. But let’s face it, a strong majority of the golfing public will not be vying for major championships on Sunday afternoons, but instead playing for fun, a weekly money match with friends, or maybe even a club championship. For these golfers, Wilson Staff has brought to market the D300 irons, which is going to help in several key areas, in an attempt to make the game more enjoyable to those of us who aren’t playing golf on television. 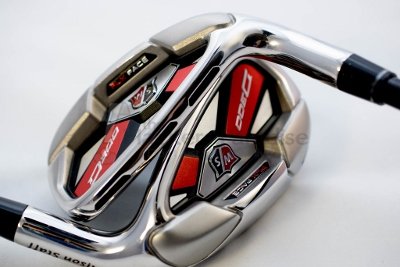 From Wilson Staff The D is D300 not only stands for distance, it defines it. The next generation of FLX Face Technology allow for 76% of the face to be completely free from the body, delivering maximum bend and a powerful launch. With visible technology around the entire face, the Power Holes filled with TE031 Urethane allow the face to flex upon impact for improved feel, with a crisp, pure, recognizable sound for distance and accuracy. 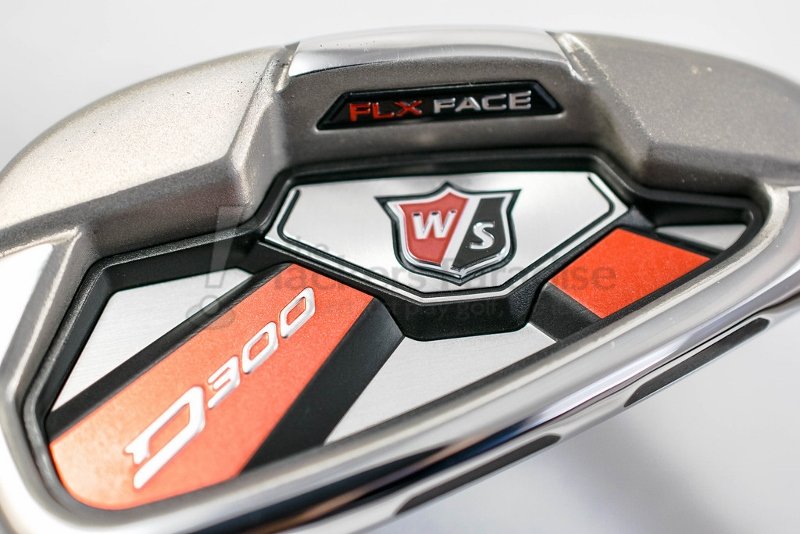 Innovation Talk Yes, that title is correct, instead of just talking about the technology that makes the D300 irons what they are, the topic shifts to the innovations that these are born from. Anyone who follows Wilson Staff knows that they have touted the innovation term for some time now, and with this lineup, those advancements are, for the most part, front and center. In fact, two of the big innovations that are prevalent in the D300 irons stand out to the eye as soon as one sets up to take a shot. On the top line of these irons are three of the Power Holes that surround the area in which the face secures to the body. These holes are filled with a TE031 Urethane material, which does a good job working in combination to allow FLX Face Technology, which will be touched on next, but also providing a little softer feel off of the face. 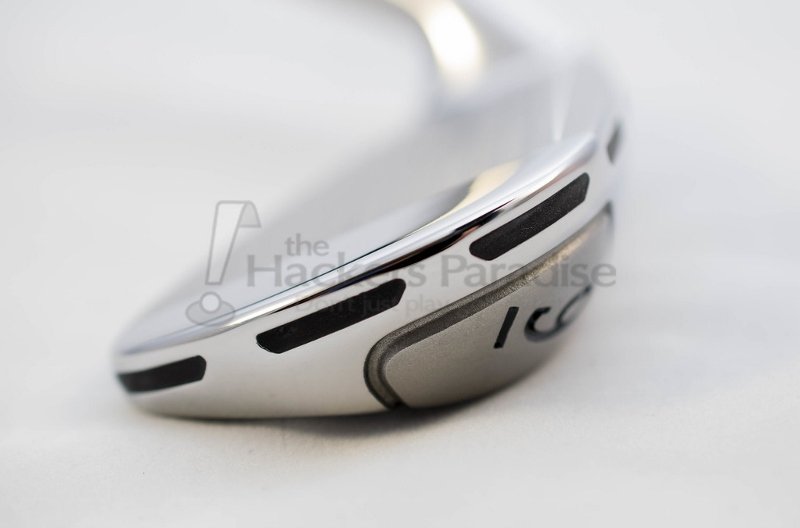 FLX Face Technology made its debut with the release of the C200 irons, which were aimed at the more mid-handicap player and have now made their way in to an iron more suited for the higher- handicap golfer. There are times in which the golf industry tends to come up with crazy or cute names to help describe what is going on with a piece of technology, and Wilson has brought it out plain and simple with FLX Face. FLX is pronounced flex, and because of this tech and the power holes, that is exactly what the face of these irons do upon contact, in fact the face does this more than many of the other irons out there because of how they are constructed. Instead of a traditional face weld in which the face is secured to the iron body, FLX Face and Power Holes allow for only 24% of the face to be connected to the body. 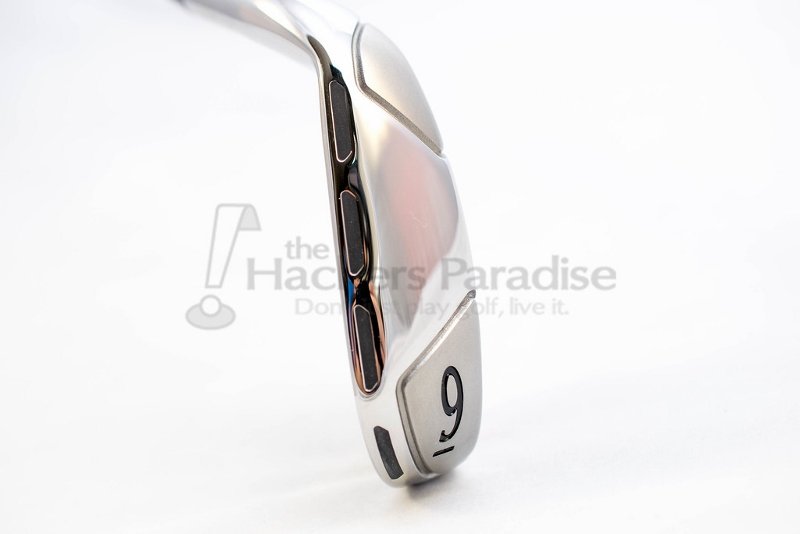 Not only do these irons set up to provide strong distances and fast ball speeds, but with the strategic location of their Weight Pods behind the heel and toe of the iron, the D300 gains not only some stability, but also more forgiveness. In terms of mass, over 20% of the total weight of the iron is located in these sections of the head. Performance Thanks to the profile that the D300 employ, there is no mistaken who these clubs are geared at, and that is the higher handicap golfer who wants as much assistance that a club can provide. Where the C200 brought the extra distance and forgiveness to a more compact iron, the D300 features a wider sole, more offset, thicker topline, and more confidence inspiring blade length. With all the talk of the power holes and their impact on the performance of these irons, there is something that might be a drawback to some, and that is their visual presence on the top line of the club. Players who want a clean, classic topline will probably have some trouble looking down at these irons at first as there are three power holes that span across the medium-thick topline. If this iron head was black, those holes might not be as noticeable, but instead a chrome finish is the background, which makes the stand out with ease. Similar to what is seen on drivers and fairway woods these days, after a few swings, the performance is likely to make those power holes vanish to the eye. 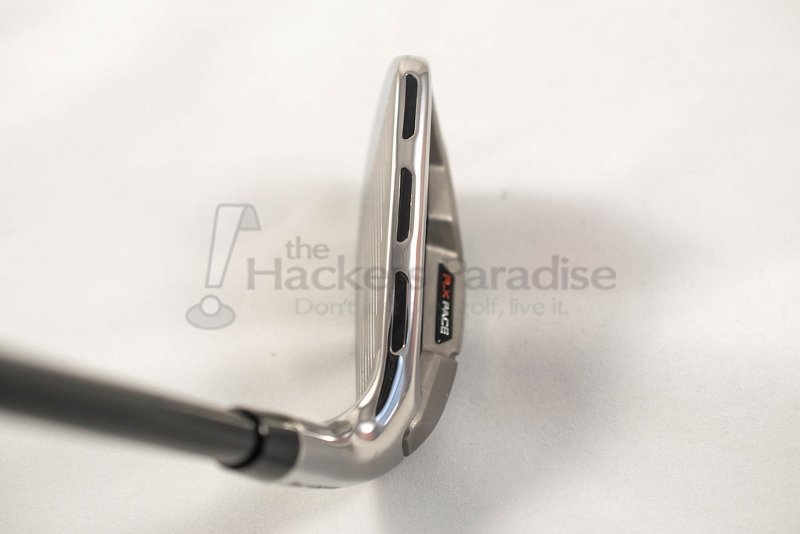 Being part of the D series lineup for Wilson Staff means that these irons are geared towards the golfer who wants the most distance they can possibly achieve, as well as a forgiving package that is going to help them on the misfires. True to their name, these irons do not lack in the distance department, and as the C200 irons showed last year, FLX Face helps produce some incredibly strong yardage numbers. Perhaps a fear amongst the masses is that because of the way the face interacts with the ball, there will be some inconsistencies in those yardages throughout a round, however during testing the only outliers were due to the inconsistency of strike location. When center, or near center, contact was made, the yardages were all in line with each other, which helped these clubs gap together nicely. Hitting the ball longer certainly is fun, and having an 8-iron into a green is usually better than hitting a 7-iron, but what is more impressive about the D300 irons is just how effortless they launch the ball up in the air. With their medium to wide soles, Wilson was able to lower the center of gravity, and stretch it back to make an iron that helps gain extra height on iron shots from the four iron all the way to the gap wedge. Even with lofts that are strong, and spin numbers that are on the lower side of things, the high ball flight does extremely well to counter those areas when landing a ball on the green. Thanks in part to these launch characteristics, having a long iron in the bag becomes more of a viable option, or at least cause some internal debate, instead of instantly reaching for a hybrid. 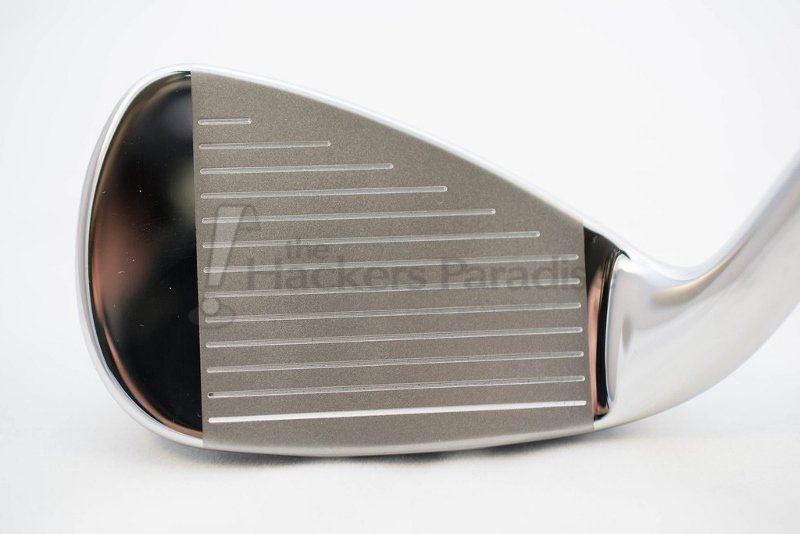 By choosing to go with an iron of this size, there is a very strong chance that those who purchase the D300 irons are doing so to find an iron that is not only going to produce the distances and height on the squared-up shots, but also one that is going to make it difficult to tell the difference on strikes that aren’t as pure. As mentioned, FLX Face does a really good job at obtaining consistency on strikes around the center or the face, it might do an even better job of handling low or thin contact. There is no doubt that the golf industry has been spending time trying to take this type of miss and make it more playable, and Wilson Staff’s solution works quite well here. Perhaps the only spot on this iron face that does not seem to get rewarded as much as others is when the strike creeps close to the heel side of the iron, and in a way it makes total sense because there are no power holes on that side of the body. 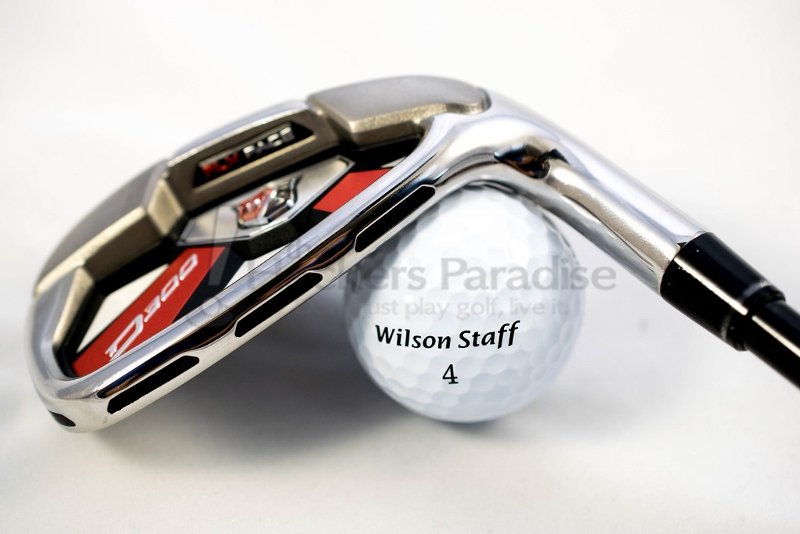 Every piece of technology employed on the D300 irons is done so to help promote distance, including the two stock shaft offerings. For those who enjoy playing a steel shaft, KBS Tour 80 is the standard option, while the graphite model is similar to what was seen in the D300 wood offerings with the Matrix Speed Rulz A-Type, however, this time in a 59-gram model. Pure weight aside, the weight of the iron shaft is just slightly heavier than that in the D300 hybrid, which really does make for a smooth transition from hybrid to iron. For this review it was the graphite shafts that were tested, and while they are light, they held up to every type of swing that was thrown at them. 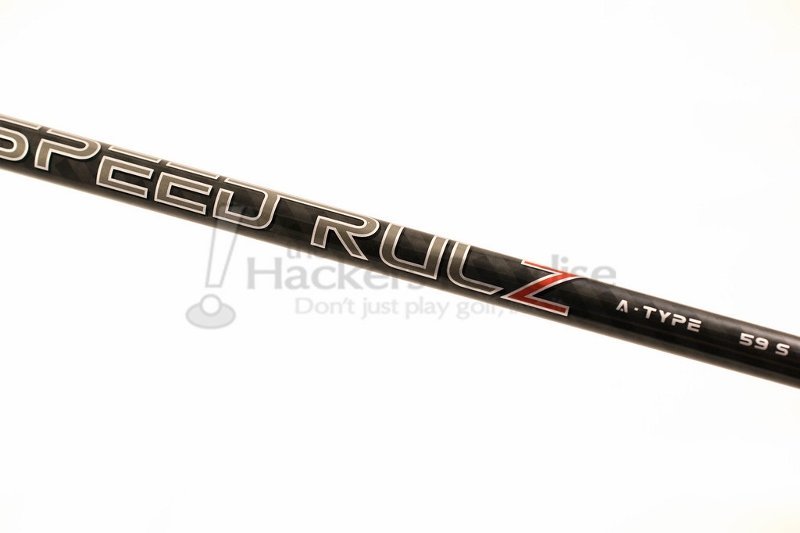 Conclusion While it has been easy to separate their multiple iron offerings in previous years, perhaps this is the first time that a consumer could walk in to a store and see the same visual technology on both a C and D series iron from Wilson Staff. Both sporting FLX Face and Power Holes, they will undoubtedly look similar, but thanks to some changes in key design areas, the concise separation is there when comparing the sheer size of each iron. By bringing these innovations over the D lineup, it allows players who need a bit more help from an iron, to experience the same technology without having to worry about playing an iron that might not be best suited for their game. Golf is meant to be a fun game, and with irons like these, it should help make the game more enjoyable for the player who may not have the time commitment to get out and practice consistently. D300 irons come in a stock setup of 4-GW, and come with a price tag of $799. More information on these irons and other Wilson Staff offerings can be found at www.wilson.com.