Stepping back into focus for the better player, Wilson Staff has introduced the FG Tour F5 Driver, said to be packed with the flexibility of a flight manipulating head without the cost of total forgiveness.  This comes alongside a highly adjustable and extremely light adapter “Fast Fit” system.  Golfers will be able to quickly adjust to their preferred setting without completely separating the head from the shaft.

“Our product design starts and ends with the player in mind and even the best players want to manage and minimize their miss-hits as much as possible” comments Global Director of Innovation Michael Vrska. 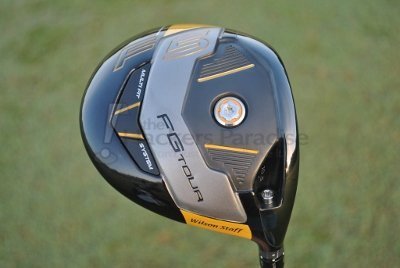 The FG Tour F5 driver has a relatively traditional look at address, with the exception of marginal crown graphics towards the back heel.  It is not enough to distract the eye at address, and does not take away from the unique sight line that sits behind the ball well.  On the sole of the FG Tour F5, a removable weight is centered and slightly forward toward the face.  Based on the notes from Wilson, this is one of three weights that can potentially change the spin and launch profile (the only weight provided for this review was yellow).  Overall, the design of the head stands out by being quite neutral in total.  Something that is often pursued by traditionalists.

Fast Fit Technology – From Michael Vrska of Wilson Staff: It is one of the lightest, smallest, quickest and easy-to-use hosel adjustment systems available.  It’s simple…  Green means go.  Turn the screw just a few times, see the green band around the shaft adaptor and rotate it to the new, desired position. 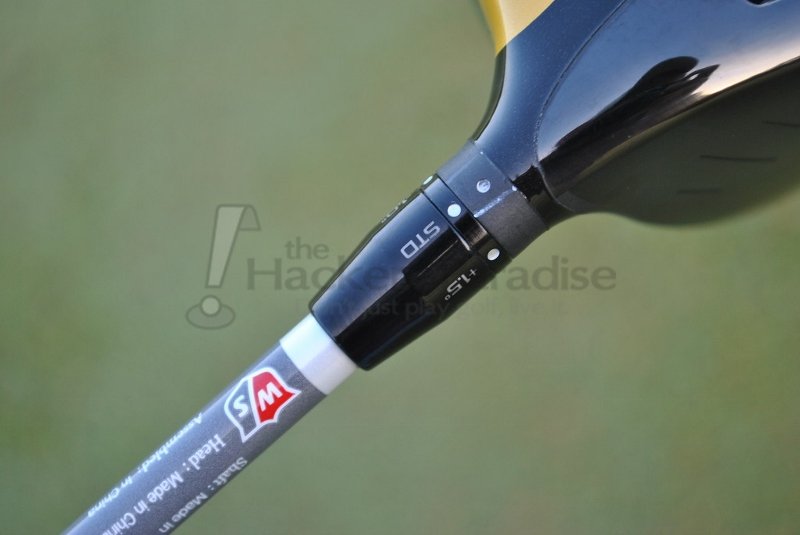 Without question, this is one of the easiest adapters to use.  Like noted above, testing did not require the head to be removed from the shaft in order to change the setting.  Rather, it stayed attached but loosened enough to manipulate the loft by half degree increments.  For the 10.5 degree driver sent for review, that includes going as low as 9.5 degrees, and as high as 12.5 degrees of loft.

The testing included playing the FG Tour F5 from all settings both on the course and on the range.  There was a fairly obvious launch adjustment changing back and forth from the extreme settings, with the launch differential tapering off as the loft altering was limited to half degree increments.  This also included subtle fades in the lower lofted settings, changing to somewhat of a draw bias as the club moved closer to the 12.5 degree loft setting.

The change in loft setting altered the launch angle ranging from a couple degrees for some golfers to upwards of five or six degrees for those who have a tendency to hit a higher golf ball.  Based on the Fubuki shaft profile, golfers can anticipate a higher than their average launch angle versus other shafts, and those who do hit a high ball will expect much of the same when playing in the higher settings of the F5.  With that in mind, this pairing seemed to suit a higher launching, higher spinning player at 9.5 more than it did a lower launching lower spinning player set at 12.5 degrees.  This can easily be attributed to the limited spin profile that has been suggested and experienced with the FG Tour F5 driver.

An interchangeable weight placed low and close to the face decreases spin while maintaining an optimal launch for maximum distance. From Michael Vrska: Very minimal ball flight differences (essentially no change in launch angle and less than 150 rpm in spin in total) as the adjustable weights are placed in line with the center of gravity.  The 3, 7 and 11 gram weights are included so that players can determine which version they swing fastest.  It’s another aspect of fitting that we think is important. 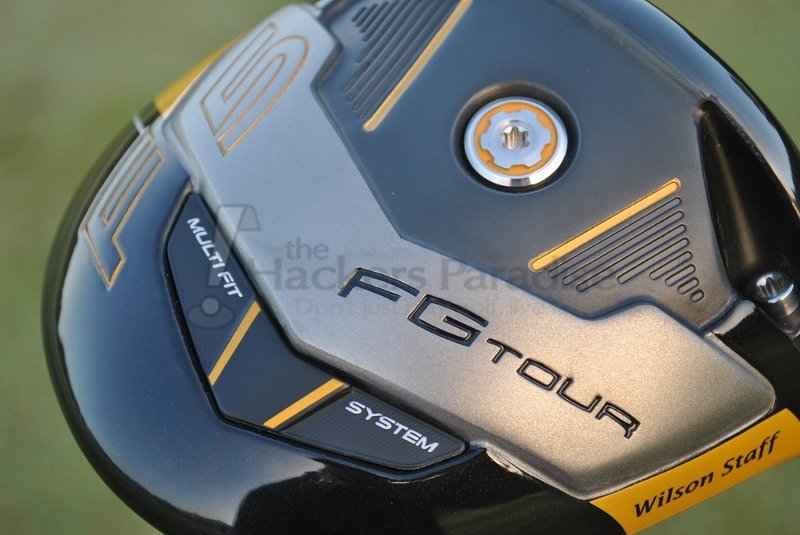 While this technology was not able to be put to the test, altering the weight of the head certainly adds an additional element to the responsiveness and feedback during the swing, allowing golfers to make minute changes to better adapt to their style of swing and tempo.  Without causing large changes to flight or spin, this could be just as important as selecting the proper shaft weight.

Reactive Face™ technology features variable thicknesses to maximize response and ball speeds at every spot on the face.  A chemically-etched crown reduces weight where it does not benefit the golfer to be repositioned elsewhere in the head to lower center of gravity and increase moment of inertia. 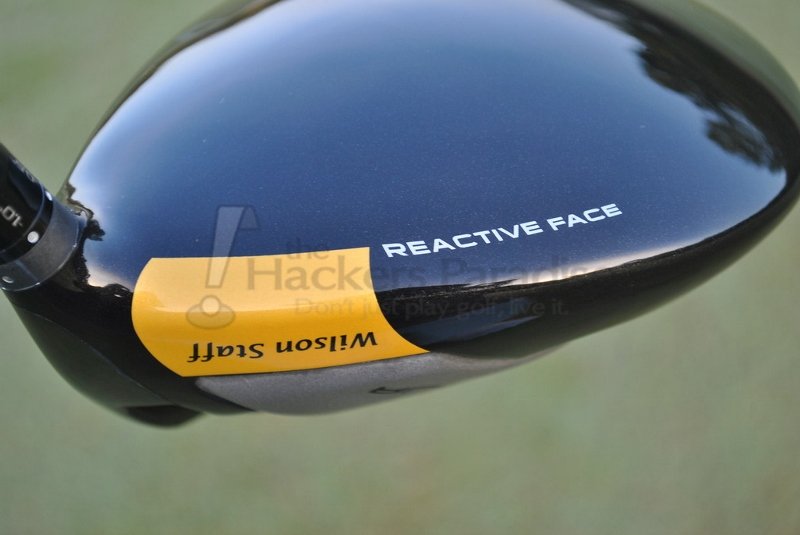 Being able to miss across the face without large drops of ball speed is becoming increasingly more important in the driver category.  While some tend to focus their experiences on hitting the center of the face during demo sessions, being slightly off can be the difference between the edge of the fairway, and a hazard.  For the FG Tour F5 driver, there seemed to be plenty of room to miss away from the center of the face, and while the distance did suffer higher and towards the toe as well as lower and towards the heel, the misses seemed more comparable to a mid-range driver head instead of one geared towards a better player.

It is not to say that the entire face has become the strikezone for quality ball contact, however one element that was very enjoyable was a distinct alteration in sound between perfect contact and an every changing sound further away from that point.  Despite the somewhat hollow *thunk* that is produced, it is very evident when contact departs the center of the face.  One interesting take on the sound overall was “First driver I’ve ever hit that didn’t feel the way it sounded. It felt really good. Even low on the face where I caught one.”  Preference to sound will be very dependent on the individual, however one can certainly expect a unique sound from the Wilson Staff FG Tour F5 driver. 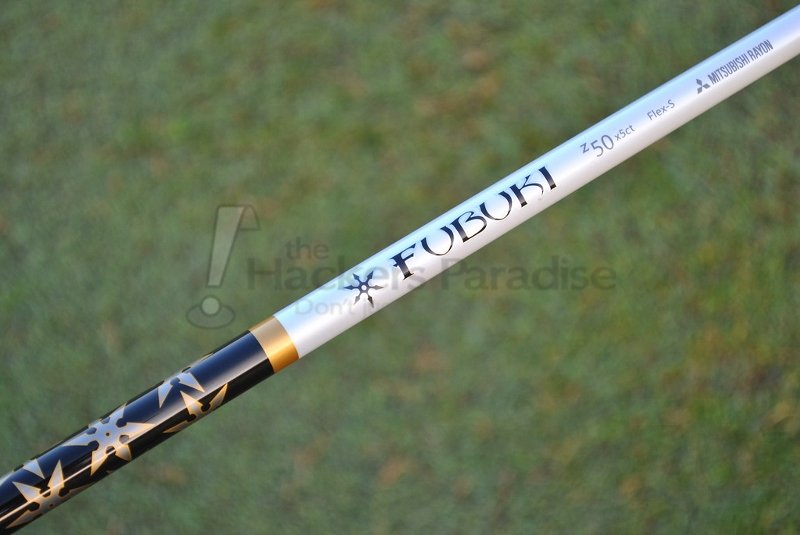 Despite the room for error, this did not limit the ability to work the ball left and right with the F5 driver on command.  Holes that demanded anything from 10-50 yards offline could be implemented with relative ease, making it round out a category of ‘workability when you want it’ very well.  THP asked Michael Vrska of Wilson Staff how hard it is to achieve a balance between low spin and forgiveness, and what it takes to get to that point.  From Vrska: There can be trade-offs in club design and simply the moving the weight forward, while reducing spin, typically also reduces MOI.  So, when the FG Tour F5 Driver was designed we used every available gram of discretionary mass – from the lightweight, chemically etched crown, from the lighter, smaller Fast Fit hosel and from other strategic points of the head design – to ensure that the F5 Driver was a forgiving product with an MOI of over 4000.  Now, it’s not as forgiving as the D200, but mid to low handicap players will be very, very pleased with the forgiveness and off center hit performance.

The conclusions after reviewing the Wilson Staff FG Tour F5 driver extensively are quite positive.  For golfers who are seeking a limited spin offering without throwing away the idea of forgiveness, this driver will be a worthy candidate.  Combined with a unique sound, relatively traditional external design elements, and a well-known shaft pairing, the FG Tour F5 provides an excellent ‘player’ compliment to the D200 in the Wilson Staff lineup.  For more information, visit www.WilsonGolf.com.