Those who are familiar with the Wilson Staff iron lineup will likely look back at the FG Tour V4 irons with fondness.  A subtle presentation with good heel/toe weight allocation and a traditional finish.  For 2017, Wilson provides a refreshing update to this series with the FG Tour V6 irons, boasting sleek lines, visible technology elements, and maintaining that traditional shaping that suits many preferences.

While the badging of the V4 took on a bit of a darker presentation, the V6 incorporates the same black and yellow feature colors while keeping a majority of the head a more neutral grey/silver finish appearance.  While this does little at address or in regards to shot performance, it should appeal to the golfer with the ‘players’ iron mindset when looking at the heads in the bag.  Also starkly visible is the weight location of the tungsten in some of the longer irons.  Rather than hide it underneath the ‘hood’, Wilson has presented this technology in a very visible way to show that additional technological elements are at work as the irons get longer. 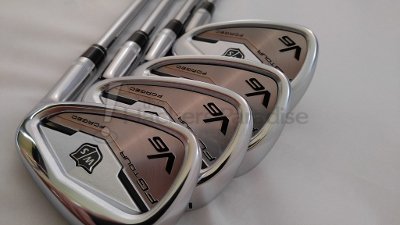 Also quickly noticed with regards to the overall set makeup is the inclusion of a gap wedge.  While many irons in this profile exclude the gap wedge from production, Wilson Staff has opted to incorporate it into the build, giving golfers the option of taking on a full wedge profile, or incorporating the technology of the FG Tour V6 irons into more of their scoring shots on the golf course.  This club was likely one of the first in hand after the unboxing, and maintained a consistent performer throughout the testing period.

From Wilson: IMPACT AREA MASS Maintains a solid, muscle back-like feel and workability, but with a back cavity design to provide feedback and forgiveness on off-center hits.

This may not be the most shocking visual element of the FG Tour V6 irons, but it is with confidence that this reviewer believes the location of the mass behind the ball plays a major role in making this iron respond more like a players iron rather than a typical cavity back.  For those who live by the responsiveness of a perfect muscle back strike, the FG Tour V6 iron will accommodate beautifully in this respect.  By having that extra metal in the area most likely to make contact with the ball, the head is seemingly more likely to send feedback that a very ‘full’ strike has been made. 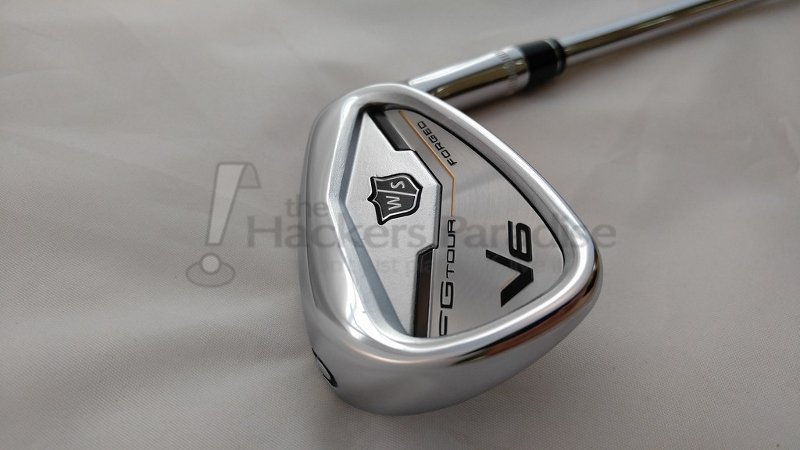 What is great about this design, is that the impact area mass is not inclusive to the rest of the design.  Actually, the subtle cavity profile is built around this element, providing golfers with the extra weighting in the perimeter and wider sole profile that support less than perfect strikes.  It is a great way to blend the best of both worlds, and Wilson has done a beautiful job with the FG Tour V6 irons.

In consideration of workability, testing of the FG Tour V6 irons confirmed the ability to shape shots with draws and fades with most irons in the set, as well as being able to flight the ball higher and lower for different approach needs into the green.  While this iron may not be as sleek of a profile compared to many of the muscle back irons available on the market, the ability to shape the ball at will was ever present and easy to accomplish.  That is an impressive feature considering the iron profile and forgiveness benefits that are built in.

From Wilson: TUNGSTEN WEIGHTING 20 grams of tungsten, split heel and toe in the long irons and centered on the mid irons, lower the center of gravity and provide optimal forgiveness across the iron set.

With an iron package as head size limited as the FG Tour V6, utilizing tungsten weighting is a great way to move weight around the head without changing the overall head profile from the higher lofted irons.  For the 6 and 7 irons, the tungsten weight is located centrally on the sole to support a slightly lower center of gravity.  For the 5 and 4 iron, weights are located at the heel and toe areas of the sole in an attempt to increase the overall forgiveness of the head. 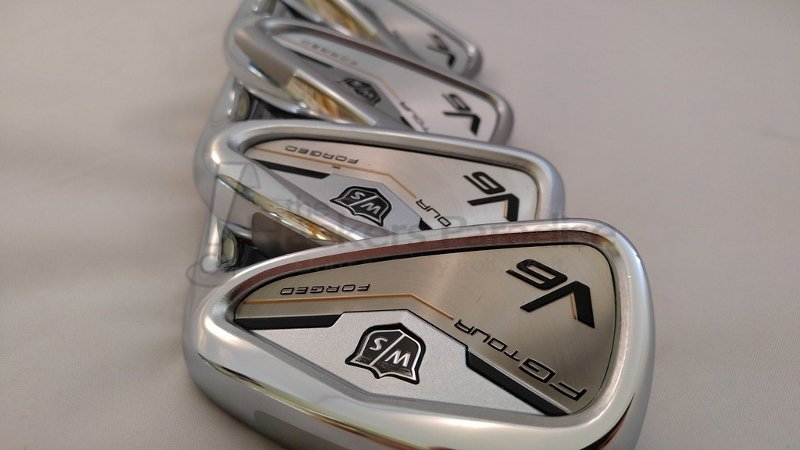 While testing could not adequately depict whether the tungsten weighting made a notable difference between heads that have it and heads that do not in the same loft, longer irons offered a very effective mid-flight that met peak height expectations of various golfers who tried the FG Tour V6.  Between the overall launch of the iron head design, and the transitional logic of the True Temper AMT shafts, the results of each iron seemed to peak at a similar height using different trajectories to get to that point.

The conversation about ‘forgiveness’ is received well with the FG Tour V6 irons, however it is fair to assume that idea of marginal forgiveness improvements is a comparison to other compact iron profiles produced by both Wilson Staff as well as others.  During testing, the mid and higher handicap golfers experienced a responsiveness that would be desired, however they did find the shots being lower on the face (thinned) and thinner sole profile (compared to their GI or SGI iron sets) to be a bit more challenging than what they are familiar with overall.  With that in mind, the handicap range for the V6 target audience would be acceptable from scratch (or better) to the low teens.

From Wilson: FORGED FEEL The 8620 carbon steel is forged for the ultimate in feel, feedback and response. The V6 Irons are clad in a nickel-chrome plating, a high-end mirror finish and completed with True Temper Dynamic Gold AMT shafts

The finish of the FG Tour V6 irons is fantastic.  There is a certain traditional element that is received both at address and while the clubs are in the bag by utilizing a chrome plating, and for ‘players’ who are seeking a departure from that chrome muscleback, they can expect to feel at home when addressing the ball with the latest Wilson offering.  That includes a top line profile that is quite compact as well. 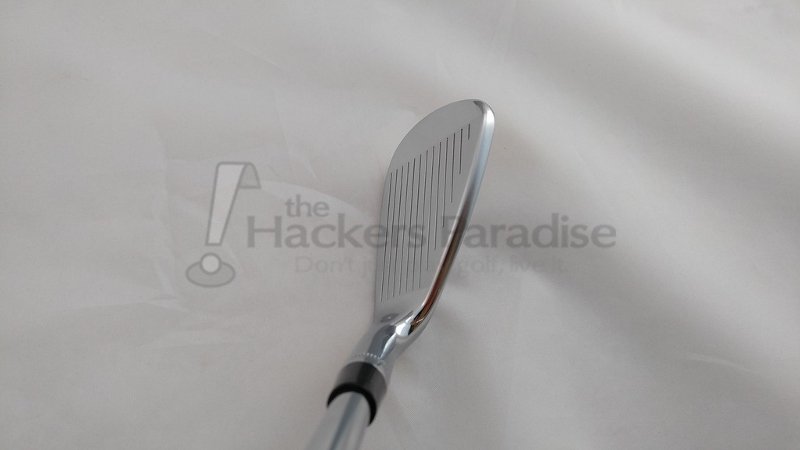 If the impact mass area of the Wilson Staff FG Tour V6 irons are the most effective visual element in the eyes of this reviewer, it should go hand in hand that the sound and responsiveness of the head follows closely behind.  The sound of the irons are quite robust and full of life when striking the ball with the center of the face.  This audible cue is a brilliant way to not only validate high quality ball strikes, but also clearly depicting less-than-ideal shots that come across and somewhat dead.  These experiences were not terribly common during testing for the 2 handicap performing the hits, however when the ball started departing the central strike area, the feedback provided gave a clear understanding of where the miss was occurring.  This inevitably helped to modify the swing in order to better accommodate quality strikes.

Wilson Golf has taken an approach on golf equipment that feels very much their own.  They are boldly attacking many of the golfer categories with equipment that sounds the way it should while packing in technology to benefit the player.  The FG Tour V4 irons were adequately updated to include great sound, great feedback, and a profile that looks great for both traditionalists and new age open mindedness.  For more information on the Wilson Staff FG Tour V6 irons, visit www.Wilson.com/Golf.