While the wedge game is an incredibly personal experience, companies are doing a tremendous job offering variety and versatility in their latest designs.  Wilson Staff is no exception, with the FG Tour Traction Control wedge line producing thirty five potential loft, bounce, and sole configurations that will please even the most particular golfer.  For the purpose of this review, a traditional and tour grind 56 degree wedge were utilized.

TWO UNIQUE SOLE DESIGNS – The Traditional sole features optimal width and camber for a player with a medium to steep swing.

SPIN-ENHANCING FACE TECHNOLOGY – The proprietary Tour-Y groove design and 11 laser-etched micro-spin enhancers between each scoreline support maximum spin on both full and partial shots. Both grooves and lines stand near the USGA maximum for surface roughness. 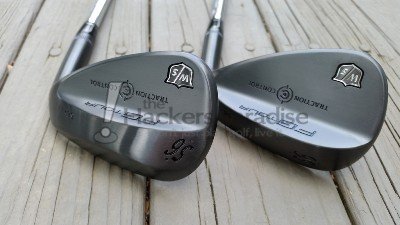 Immediately, the dark finish stands out on the FG Tour wedge.  In cloudy conditions it can be perceived as almost totally black, however, sunlight shows a dark grey with somewhat of a brushed finish on the back of the head.  It’s an interesting perception of versatility and one that looks fantastic in the bag.  The head at address offers a quality compact design that promotes confidence in workability.  The contrast between the grooved face and the rest of the head also offer a nice visual when preparing for a shot.  Over time the finish will wear (as testing has shown), however this is quite common in this finish style. 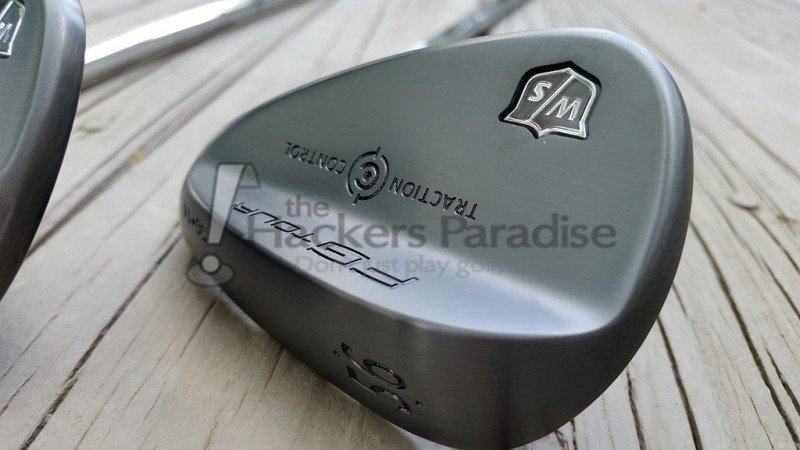 The Wilson FG Tour wedges will provide golfers plenty of opportunity to manipulate their ball flight on both full swings and shots closer to the green.  There is a notable ease in attempting to flight the ball high for a soft landing on a tight pin position, or launch lower with added bite to avoid wind.  While left or right workability is viable with the FG Tour wedge, the best results were achieved when imparting straight flight.

Greenside, the FG Tour wedge is very enjoyable.  Opening the face to flop for a soft landing, closing the face for punch shots that grab hard after a couple of bounces, or even producing simple pitch shots are all done with ease.  Both out of the rough and fairway, the ball gets airborne quickly and stops as predicted.

In the bunker, the Tour-Y groove design along with the laser etched micro-spin enhancers really take form, allowing even splashed shots to grab hold of the green.  The weight of the head along with the overall design cut through sand and rough admirably. 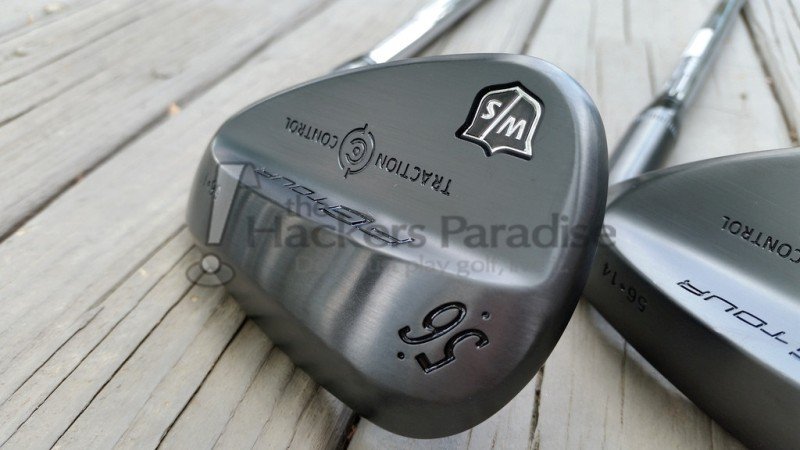 The spin generated by the FG Tour wedges proved to be exceptional on numerous occasions.  Ample spin on full shots grab the green and pull the ball back quickly, or can provide that lower pitch two hop and bite that allows golfers to get more aggressive when they have green to work with.  Despite the amount of spin provided, balls seem to withstand the contact without a reduction in cover integrity. 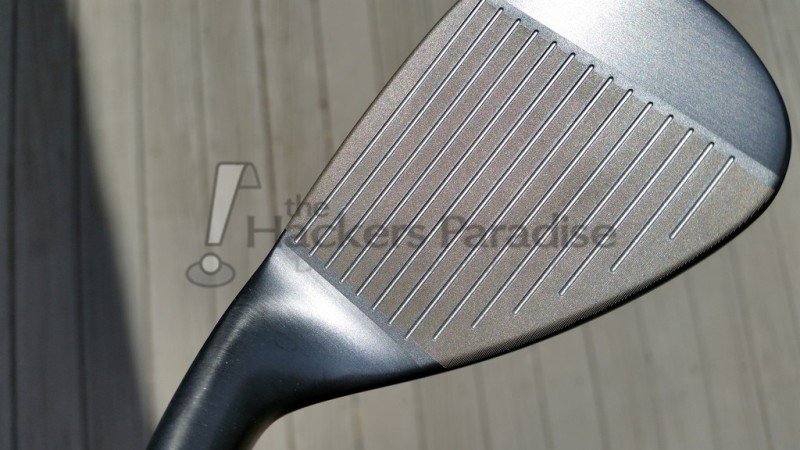 Spin generated in open face bunker shots is where the FG Tour wedge really stood out.  On tight lies where there is a great necessity to get the ball airborne without a lot of rollout after landing, the micro-spin enhancers really promoted that extra spin necessary to hit highlight reel shots that stop within a couple feet of the hole. 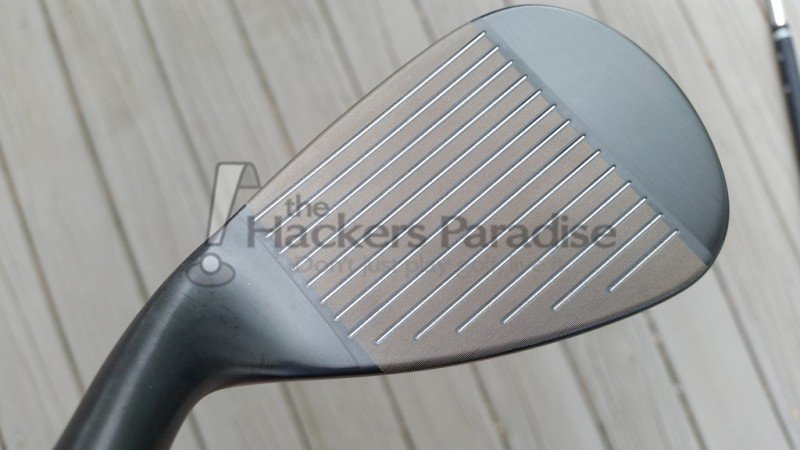 While grinds are very personal to the golfer, the tour grind offers a thinner sole for golfers producing a more shallow attack into the ball, and those seeking an increased ability to play all shot types around the green.  In testing, the tour grind was often pulled for greenside shots and made it incredibly easy to open the face for a flop shot both out of the rough and in the bunker.  Performance on full shots was achieved, however it may be something a golfer with a steeper attack should avoid. 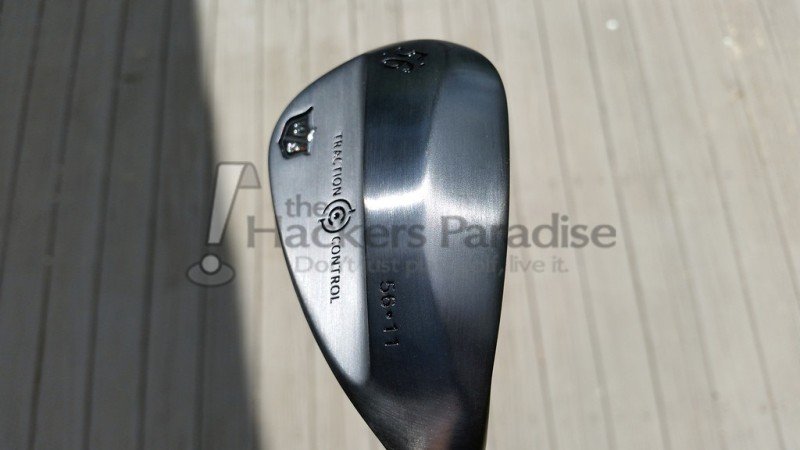 Despite the traditional grind offering a wider sole, flexibility around the green was still on par with expectations, and testing did not show any signs of creativity being hindered by the sole.  While the flop shot would be less common from a tighter fairway lie, the head cut through the sand and rough well enough to encourage an open faced flop in most situations.  On full shots, the added sole depth offered solid turf interaction for shot control. 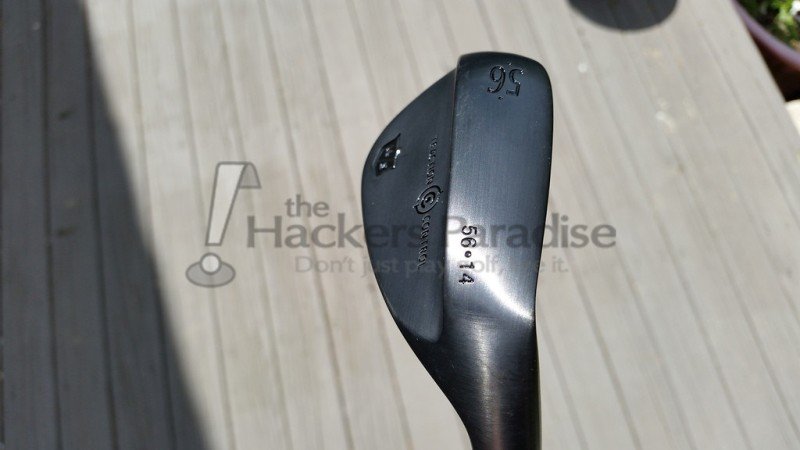 The True Temper Dynamic Gold wedge shaft comes stock on the Wilson Staff FG Tour wedge, providing a standard of quality known by many.  The pairing with the FG Tour head offers a nice weight through the swing that allows golfers to commit to their swing, especially around the green. 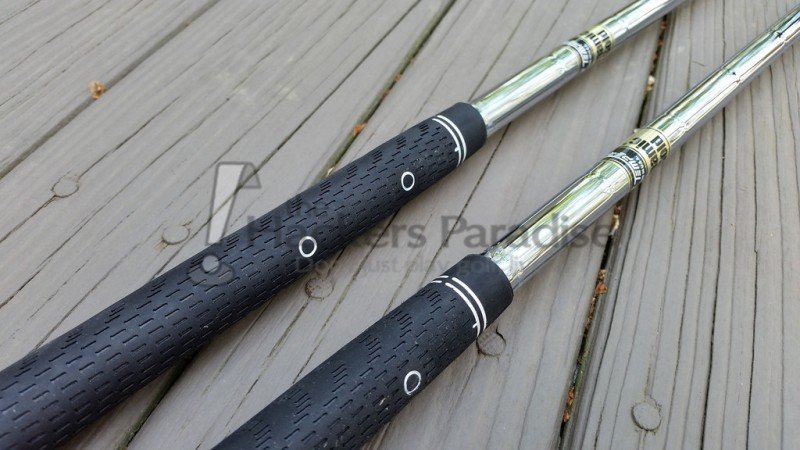 Stock on the FG Tour wedge is the Lamkin 3Gen with Wilson Staff logo down.  On the top line, two circles are provided for ease of reference when gripping down for touch shots, a nice added element to the stock grip.

Whether you are looking to get extremely creative in your wedge game, or are simply trying to find a wedge that can help you score, Wilson Staff has the variety of options to suit every need.  Ample spin at all distances offer the confidence needed to attack pins and score well.  The FG Tour Traction Control Black wedges are priced at 109.00, and can be found at www.wilson.com.