While some golfers may not be particularly familiar with the products being built at XCaliber, a quick search boasts years of interest and feedback on a storied brand, with a singular presence at the helm.  For late 2018, the company is releasing a myriad of shaft options for a wide range of golfers to go along with a complete website rebuild and revitalization of the brand.  For this particular review, we will be taking an isolated look at the XCaliber Pro series HBL60 in the TS flex, while fellow writer Dean focuses on one of the Superlite models.

The first question I have for a shaft is always what I should expect in the profile.  I can look past the name, the flex, the designs, and the hype that follows a new release.  The most important thing always comes down to what can be expected with that shaft.  That is what makes this review a bit unique, where product knowledge was quite limited, and forced a completely clean slate approach to the review.  What started as slightly low expectations turned into promise after only one session at the course.  This shaft seemed to be producing. 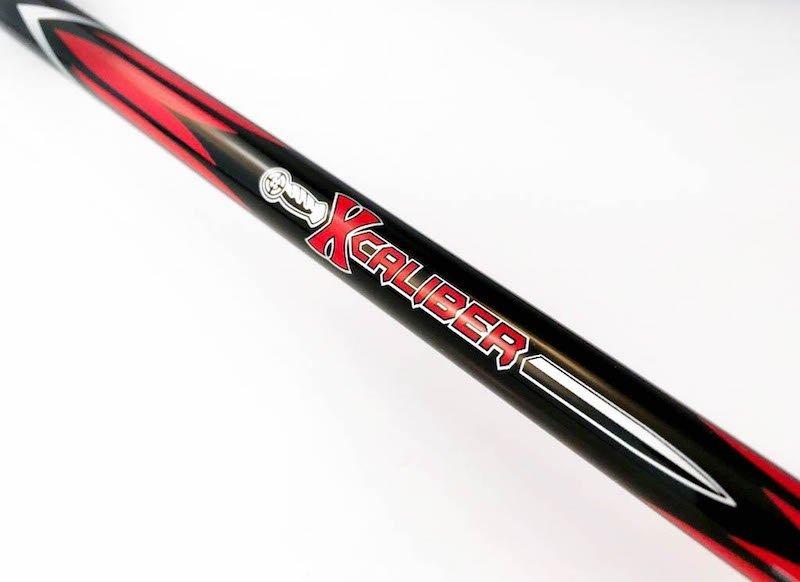 The new Pro Series from XCaliber is concentrated on the higher swing speed players who are looking to isolate some of the most important elements of shaft construction (impacts on launch, spin, and consistency).  Not only does the HBL speak to a particular transition, the Pro Series seems to have taken into consideration the reality that no two swings are the same, and different swing styles merit different shaft builds.  Without getting too in depth on the intentions of HBL, the primary expectations fall under stability, low/mid launch, and suit golfers with a medium or slightly aggressive swing tempo.

With offerings in regular and stiff flex as well, the Pro HBL 60 has a weight right around 65 grams in the TS flex, and leans toward that “X” swing profile without being too stout.  At anywhere from 112-117mph swing speed, I found the shaft to be highly responsive without that awful boardy feedback.  Coming off extra stiff and TX profiles, there was admittedly some trepidation that I would be experiencing a lot of shaft shudder and face twisting, but out of the hundreds of swings taken during the review process, only three times did the shaft feel out of sync with the swing.  Once was generated by contact way out on the toe, and once was simply a late drive into the zone.  The overlying reality of this proved that TS is that great blend between stiff flex and rebar. 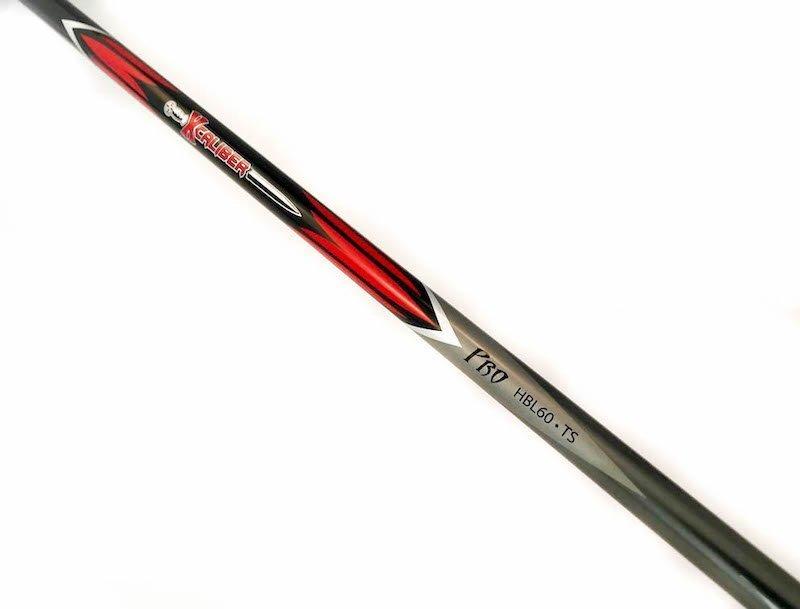 There are plenty of shafts (and flex combos) out there that have promoted a particular shape in my swing.  Of the last two shafts I used rather extensively, one openly missed with a slightly higher than usual fade, and one promoted a pretty nasty hook, while being massively optimal on great strikes.  During the on course rounds with XCaliber Pro HBL60, there really never appeared to be a typical shape.  90% of the well struck shots hung hard on a straight line with maybe a hint of a draw in play, and anything beyond that fell on either side of the spectrum (probably more commonly the draw).  That kind of control was very surprising and welcomed, as it felt quite easy to get a good result rather than fighting a miss on one side of the fairway or the other.

Pictured below is a representation of my results with the XCaliber, particularly the three down the center line, with the two left turns being me trying to square hard on the head for better ball speed.  What was great to see on a very consistent basis was a lack of rising flight off the driver head, eliminating concern for unnecessary spin.  It also floated right around that 100 foot mark in height which is very optimal for me.  Anything higher and it seems like the ball + wind plays a bigger role in the results

Moving on to the more technical results of the XCaliber Pro HBL60 on the GC2, I leaned hard on the spin rates, launch angle, and descent angle to represent value.  While the average shown below is right around 2,500 spin, for most golfers that is going to be quite a bit lower as I struggle with slightly higher than average spin on the driver.  It sits well with that low/low or low/mid launch and spin characteristics, especially in the TS flex point.  For the swing speed I produce, anything in the 275+ range for carry is welcomed as optimal, which means I am not leaving a ton out there to be pursued with other options, and the descent angle coming in at sub forty degrees supports my chance to hit the ground and get a bit of rollout.  While it is not the lowest profile I have experienced this year, I can say with little doubt that it will give golfers in that low to low/mid spectrum the results they desire.

For a company starting fresh in 2018, there is plenty for golfers to sink their teeth into, with a large lineup of shafts that seem to consider most players and their swings.  As it relates to the pro model, the HBL60 is a great sampling of that ever desired low/mid profile, and provided me with a ton of confidence to not only carry the ball a solid distance, but also hit fairways rather relentlessly.  I will be eager to see the release of their new website design, and what the future holds for them.  For more information, stay tuned for the upcoming launch at www.xcalibershafts.com.