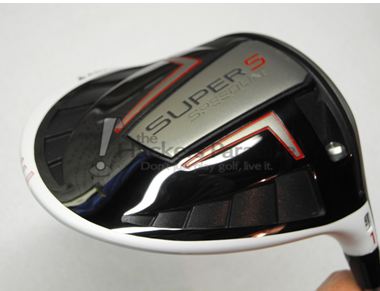 The second of Adams early 2013 driver releases, the Speedline Super S is a continuation of a line that brought us the F11, Fast 12, and Speedline Tech drivers. While the Super LS is built for Tour inspired performance, this line focuses on speed and aerodynamics for maximum distance.

Velocity Slot Technology in a Driver

Adams Golf has pioneered Velocity Slot Technology, and engineers have now brought it to the SUPER S driver. The slot design in the sole of the club increases the size of the sweet spot making it incredibly easy to hit straighter and with more distance.

The Speedline SUPER S driver features a revolutionary new design in adjustability. Finding the perfect loft for your game has never been easier. The SUPER S driver can be adjusted to 9.5, 10.5 or 11.5 degrees of loft. This two-degree range allows the driver to adapt to the changes of your game over time making it extremely easy to fit.

Continued refinements in aerodynamic shaping, similar to advancements and streamlining of cycling headgear, allows the SUPER S driver to be the most aerodynamic driver ever developed by Adams Golf making it even easier to swing faster.

The matte white crown with a contrasting PVD face increases the apparent clubhead size and improves the way you can align the club head with the ball at address for increased confidence at address. Just by looking down at this driver, you’ll feel like you can really crush it.

The Super S is certainly less subtle in its styling compared to the LS, though the same basic color scheme (white head/gray shaft/black face) is still there. The addition of red accents on the crown and sole give it a less ominous look, while the wing that we are familiar with from the Speedline Fast 12 and Speedline Tech suggests a futuristic appearance. The shape itself really does remind me of Adams’s last two drivers in every way but one – at address. It’s a little more triangular and less rounded than its two predecessors, or at least the graphics make it appear that way. While I suspect some Adams fans will be disappointed to see so much TaylorMade influence on the design of these two drivers, I do think there are some improvements. Most notably, the three curved indentions from the Fast 12 are long gone.

Like the Super LS, Adams is introducing its Velocity Slot Technology into the Super S driver. As Adams puts it, “The slot design in the sole of the club increases the size of the sweet spot making it incredibly easy to hit straighter and with more distance.” As you may know, COR is basically maxed out in modern drivers, so this feature will apply more to retaining ball speed on off-center strikes. 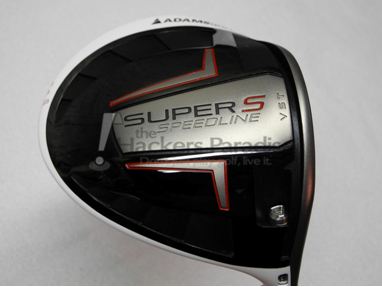 The Super S comes with the Matrix Radix S shaft, weighing in around 50 grams and 46 inches in length. It’s plainly adorned in gray with the subtle graphics that Matrix is known for. The shaft is fairly light and long and should offer a mid to high launch due to a lower bend point. 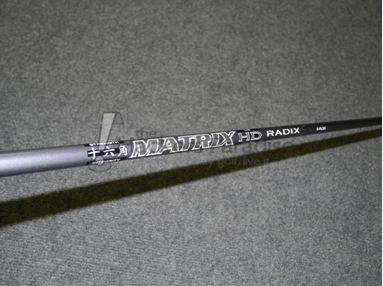 As I mentioned in the Super LS review, Adams has a new take on head covers this year. Here’s what I said about them there:

It has a wide opening at the bottom and appears to be made of very sturdy leather with substantial padding inside. It certainly reminds me of the Cleveland Classic driver’s head cover, though it’s much more substantial in build. I love the way the head cover looks, though I felt it was a little more difficult to get on and off than I expected. 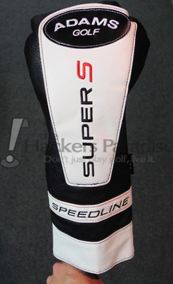 Much like the Super LS, I wasn’t a fan of the sound the Super S produced at impact. In fact, it was very similar the Super LS in that it was rather high pitched, hollow, and loud. I really do hope that Adams takes a look at this in coming years, because it detracts from a pretty good overall package.

The Speedline Super S presents an interesting take on Adams’s Fast Fit Adjustability. Rather than offer a number of different loft options, this driver comes in one stock configuration – 10.5°. Then, depending on the user’s needs, the loft can be adjusted as much as 1° higher or lower by opening or closing the face. While I do like the simple solution that Adams is offering here, I wonder if the lack of some sort of feature that at least gives the appearance of a neutral face will take away from its attractiveness. I can see people that need a 9.5° driver, but don’t want to look at an open face shying away from the Super S, whether their fears are founded or not.

One neat feature is the way Adams is choosing to display the various loft adjustments. They’ve carved out a bit of the hosel and inscribed the loft on the tip of the adapter rather than the C, N, or O that we normally see. I thought this was a pretty cool idea.

I tested the Speedline Super S in multiple lofts with the Matrix Radix S in stiff flex. The review process consisted of on-course play and indoor testing with a Vector launch monitor.

Adams acknowledges that the Super S is the higher spinning and launching driver of their 2013 lineup and my experience on course and indoors tends to back that up. The option of increasing loft to 11.5° was particularly attractive to me and it offered me the best combination of spin and loft among the two 2013 Adams drivers. In addition, my ball speed and swing speed numbers were slightly higher with this club. While I can’t think of anything that I loved about the Matrix Radix S, it did seem to help me get the ball higher in the air, and I appreciated that.

Off center shots saw minimal distance loss in both testing venues, especially shots out towards the toe. One shot in particular is still entrenched in my memory – a pushed toe strike that retained much of its distance and produced enough hook spin to bring the ball back into the fairway. That’s a common miss for me and a result that I like to see. 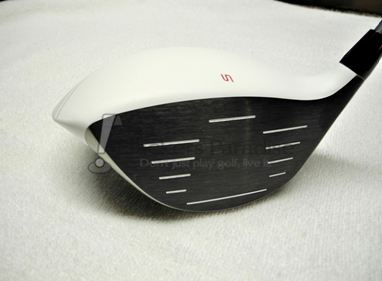 While I found forgiveness on off-center strikes to be ample, I never really felt like I had consistent control over the Super S. At times I was very good with it and other times I struggled mightily to keep it in the fairway. I don’t have an answer to why that was the case, but I do wonder how much more accurate I would have been with a 45 inch shaft like the Super LS has. Then again, it’s entirely possible that it could have been a coincidence or the guy swinging the club. Either way, I’d encourage you to give it some swings and make that determination on your own.

My feelings for the Speedline Super S are somewhat divided. I think that it’s a big improvement in the looks department when compared to the Speedline Fast 12, but I still prefer the less futuristic looks of the Super LS. While my distance, forgiveness and ball height were quite good, I felt like I lacked some control with it in my hands. The Fast Fit Adjustability has some novelty value and I liked that I was able to raise the loft to the 11.5° range, but I do wonder if it’s too simplistic when compared to the many other options available in the market today. I’d certainly recommend taking it for a test drive based on the positive features I’ve noted above. It might be just the right fit for you. For more information, you can check out Adams’s website at www.adamsgolf.com.