A long putt dropping on 18 gave Charlie Beljan the club house lead and a chance at a playoff. He then fell just short of winning on the 2nd hole of overtime as John Merrick picked up his 1st ever PGA Tour win. 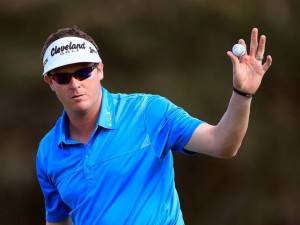 Golfers have been asking about Beljan’s unique bag setup for a couple of weeks now and here is a look at what tools he used this week. What you will notice is no fairway woods or hybrids, but rather his three long irons are from the newest set released by Cleveland Golf aimed at offering solid forgiveness without sacrificing performance.

“I don’t play a 3-wood anymore. I use 2, 3 and 4 iron of the 588 MT. You get the same feel as a solid iron with a much higher trajectory, and I’m getting a couple of extra yards, too”, Beljan said before the start of Thursday’s round.