Srixon has been very busy revamping their golf ball lineup over the last five months. In August they released the 11th generation of the two-piece Soft Feel, which was followed up with an updated version of the Q-Star Tour in September. Both of those balls play very well but are targeted at golfers with more moderate swing speeds. Therefore, while they might be spotted quite regularly at the local municipal course, it might be easier to find a real-life unicorn than it will be to see those in play on the PGA Tour. With that in mind, Srixon has unveiled their newest tour quality ball, the Z-Star, and Z-Star XV. These balls are for those who have a higher swing speed and want a ball that is going to go fast while providing total control around the greens. 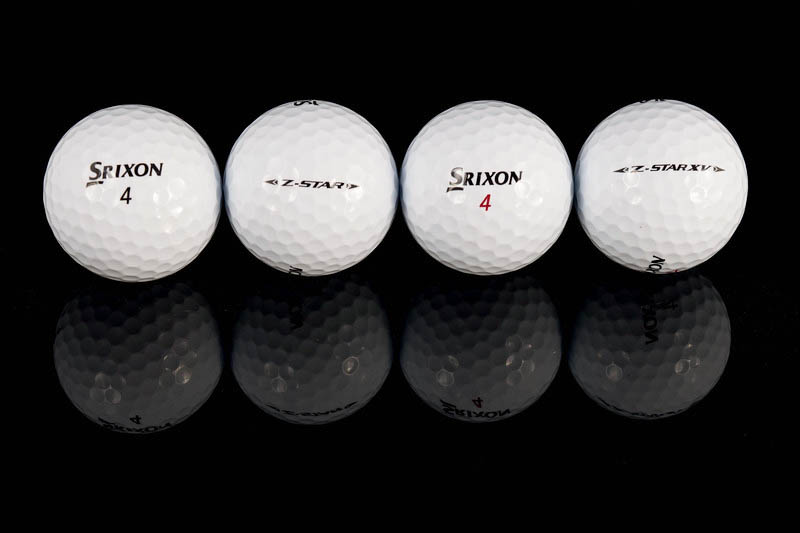 For 2019, Srixon has made some changes that aim to make the Z-Star faster on full shots, while also generating more spin. To accomplish this, Srixon R&D has changed the engine of the ball with what they are referring to as a Fastlayer Core. This core design features a soft inner portion that gets firmer as the material reaches the outer layer. With a firmer outer layer, these balls should see an uptick in ball speed from previous versions, while still holding on to that tour level ball feel. Players should also be able to take advantage of the high launch, low spin nature of these balls when facing those long-range shots. 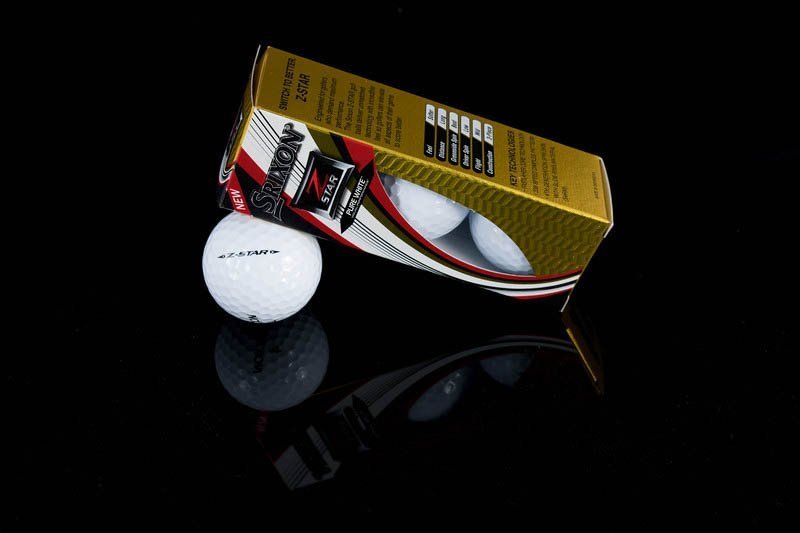 Not only did the core get a makeover, but also Spin Skin returns only this time Srixon has introduced a new material to the mix, known as SeRM. Without getting too technical, SeRM stands for slide-ring material that is a new urethane coating for these Z-Star balls. Having this material present means that not only is this release of the Z-Star going to be faster, but it is also going to give golfers more spin on their iron and wedge shots. If you haven’t figured it out yet, speed, feel, and control is what this lineup is all about. 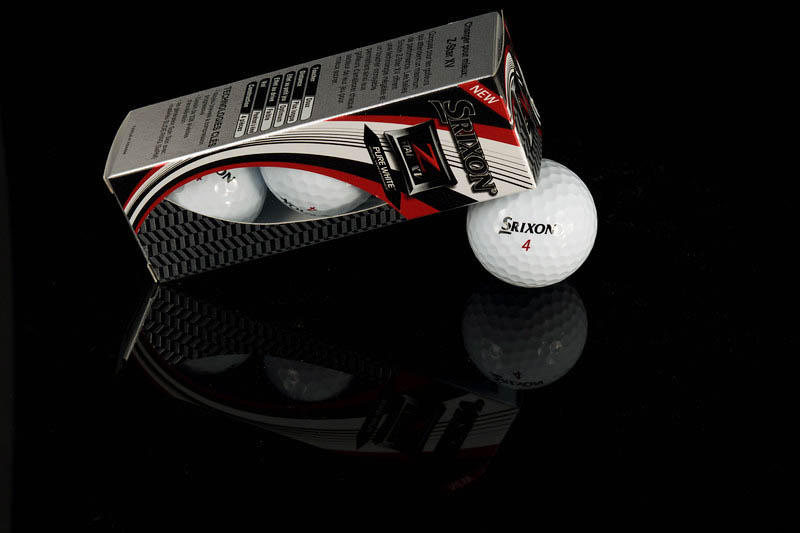 Throughout this review period, I was able to compare the Z-Star to the Z-Star XV in four different areas of the game. With the help of a Foresight GC2, I collected data to see how these balls reacted off the driver, 7-iron, full swing SW, and pitch shots. Before diving into some of that data, do keep in mind that this data applies to me and as with everything else, your results will vary. Being someone who does not harness a super high swing speed, the curiosity was there as to how these two offerings would react. On tee shots, these balls performed similarly, with just a few minor differences. Below are the averages for these two balls, and one can see that even though the XV gained a slight edge in ball speed and spin reduction, the overall carry distance was the same. In all honesty, in my experiences there generally isn’t a massive difference between ball lines that carry two different versions when hitting them with a driver. Bring in the modern-day adjustable driver into the equation, and one can surely find a setup that will easily allow them to game either of these balls off the tee. 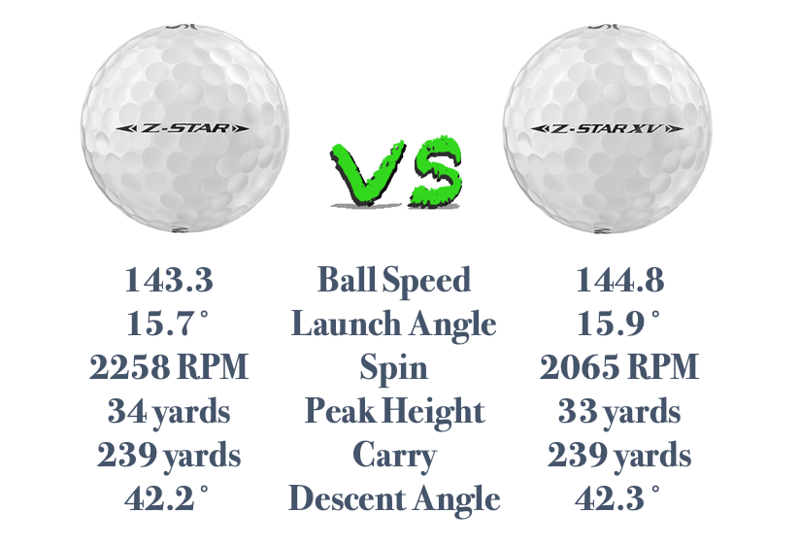 Similar to what was seen with a driver in hand, when turning over to a 7-iron, there wasn’t a massive difference between the Z-Star and the XV. However, here is why testing becomes essential because on the back of the box Srixon mentions that the XV model will feature a higher approach flight as opposed to the Z-Star. Take a look at the comparison data listed below, and it was the Z-Star that launched a full degree higher, reached a higher peak height, and landed on the steeper angle. Granted, the performance of both balls were solid, but with iron in hand, the softer feel of the Z-Star started to shine through. From here on out throughout the bag, including with the putter, the Z-Star became a personal preference when concerning feel because it presented itself as the quieter, less clicky option. 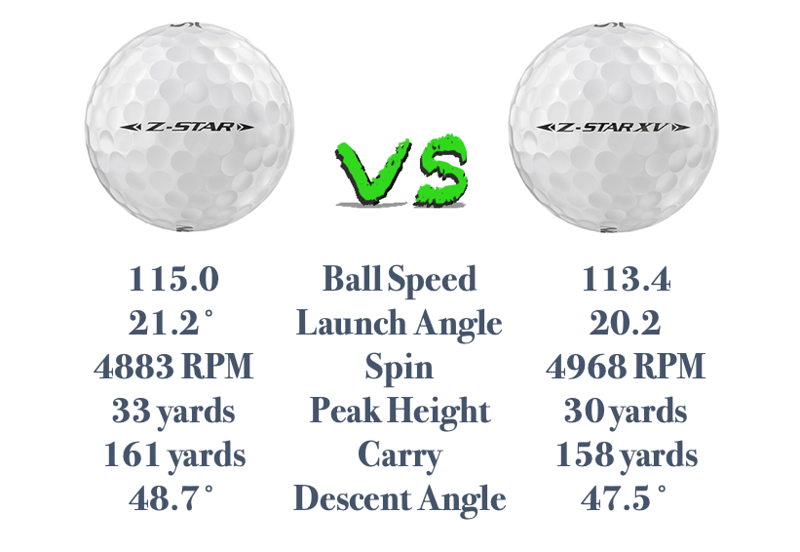 With all of the talk of the new and improved Spin Skin cover, the wedge game is where one would expect this line to show off its prowess. Looking at the numbers, I think it is fair to say that both balls excelled on these shots. On full swings, the numbers are nearly identical. The thing that surprised me on this was I did not believe that the XV would be a ball that could perform enough for me to be a feasible option. My preconceived thoughts were that I would require a bit more swing speed to get it to function in a manner that could make it my ball of choice. Even more impressive to me was how the XV spun on partial shots. Again, one would think the Z-Star would be the one to reign supreme here, but that was not the case. Being fair, quality of contact would help raise that Z-Star spin number, but as a recreational golfer, I know I am not going to have perfect contact on every swing, therefore seeing a spin number over 7,500 RPM on a pitch shot is welcoming, and should provide plenty of control. 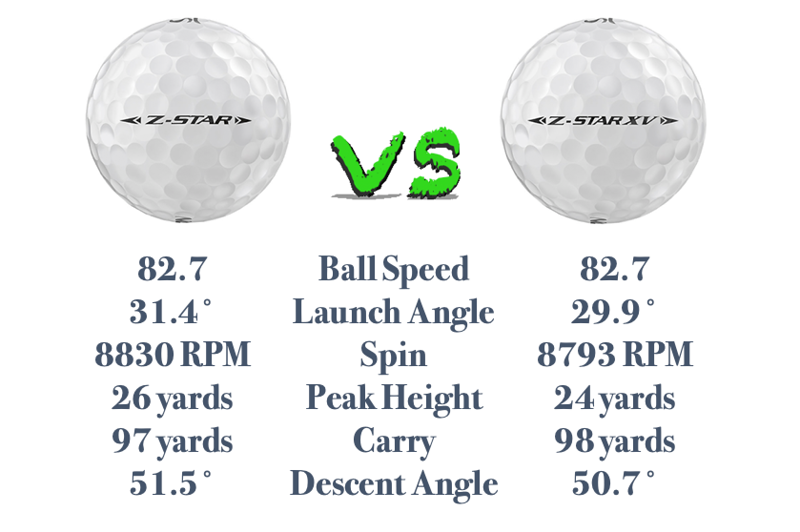 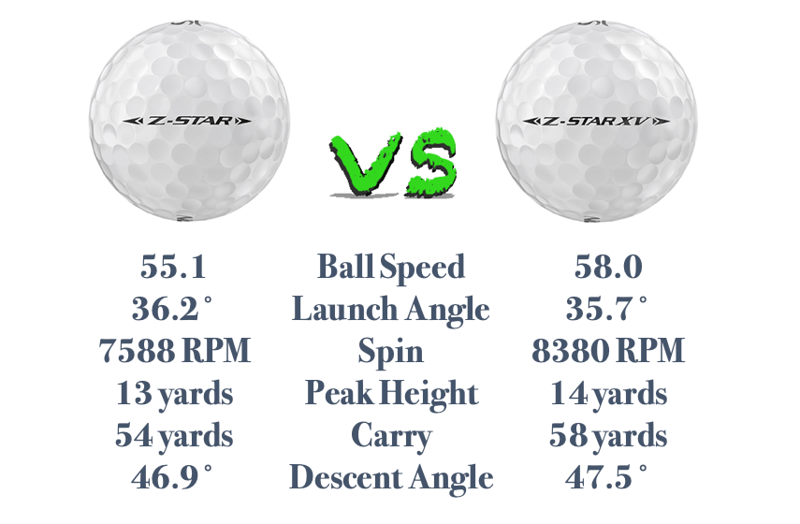 During the review of the Q-Star Tour, I was very impressed with what that ball had to offer the average golfer. I talked about how in the past I have alternated between the Q-Star Tour and the previous version of the Z-Star. Well after going through the paces with the latest and offering, I think that internal debate needs to be looked at even more closely now. In the past, I would have never really considered the XV as a viable option for my game, but with the data collected it is hard not to come away impressed enough to give it a go in further trials. Both of these balls offered good ball speeds, and when looking back on some past data, I am seeing some increased spin, which is something I can use as a relatively low spin player. For my game, these two options did not offer a big differentiating factor on performance; therefore, I would end up choosing the ball that felt best to me, and right now, that is the Z-Star. For others who enjoy a bit of a firmer feel, the four-piece XV might be the way to go. The newest Z-Star lineup is available for $39.99, and they come in color options such as Pure White and Tour Yellow. More information on the 2019 Z-Star golf balls is available at www.srixon.com.