The argument can be made that no one has done more for putter design and innovation than Odyssey Golf. Sure, some have been smash hits (White Hot, Microhinge), while others have perhaps been way too ahead of their time (I’m looking at you Flip Face), but even then, the fact that they are the most played putters in the world says plenty. So, with the reveal of the Stroke Lab lineup, all eyes quickly went to the tech story, and what a story it is.

With Stroke Lab, Odyssey is innovating yet again, going wayoutside the box to address the stroke rather than simply forgiveness or roll. A proprietary multi-material shaft design completely shifts the balance of the putter and looks to be a staple of Odyssey/Toulon releases from this point forward. 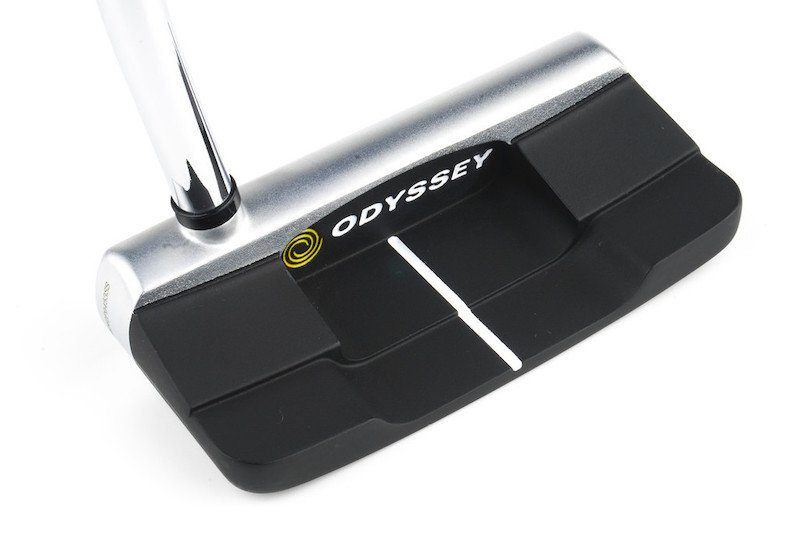 There are certain putter shapes that have become borderline iconic in golf, and Odyssey created several of them. While the Double Wide may not be as iconic as say the #7, Rossie, or 2-Ball, it has consistently gained a following over the years. The idea is simple, many golfers want a blade putter but would also like a higher MOI to make it more forgiving. Odysseys solution is the deeper/wider flanged Double Wide, by adding a little junk in the trunk, they increased the MOI and managed to tow the line of keeping enough of the blade look while modifying performance to keep many golfers satisfied. 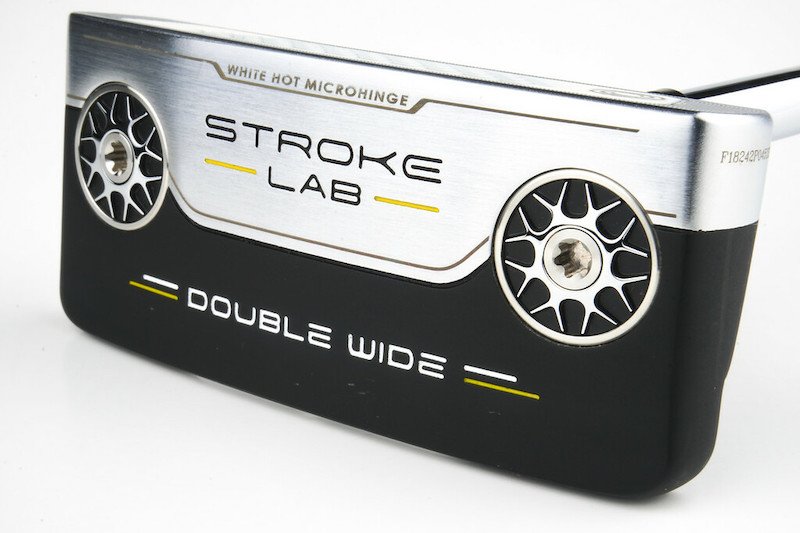 As for this iteration of the Double Wide, I think the first step needs to be answering the question, what is Stroke Lab anyway?

The company is referring to Stroke Lab as a “tempo enhancing design”. This is important because to this point in putters, focus has constantly been on the roll and alignment, not so much the dynamics of the putter inthe stroke or the impact of the putter onthe stroke itself. Tempo, speed, face angle, all of these things are predicated more by the stroke itself than anything else, they are also the main points of weakness for golfers of all levels when it comes to putting. On the subject, Odyssey says:

“Most golfers’ putting strokes are inconsistent. Yet most putting technologies focus on improving alignment or improving the quality of roll. They attempt to mask a given stroke’s weaknesses instead of improving those weaknesses. Odyssey’s new Stroke Lab putter line helps improve the stroke through a profound change in weight distribution.” 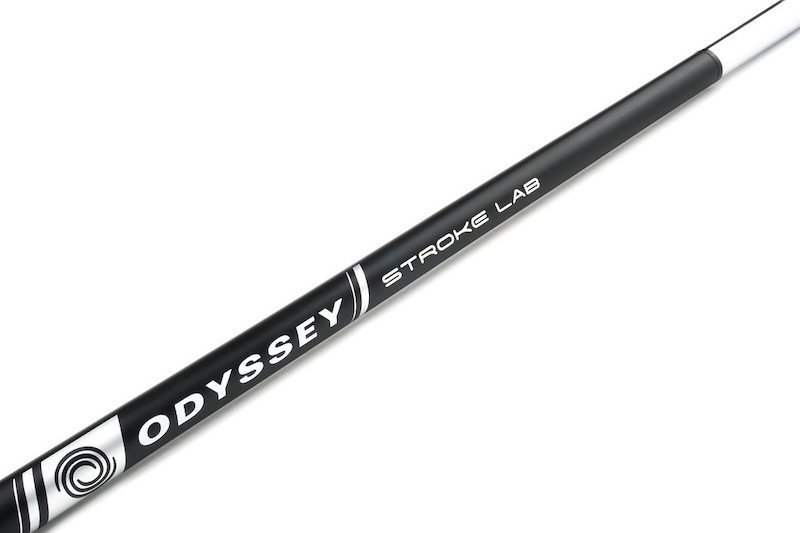 So, here is the run-down. Putter shafts have not changed in, well, forever. Though the shapes and weights of putters havechanged, and changed exponentially, the shaft remains the same. With that in mind, the Odyssey crew created their Stroke Lab shaft, which to my understanding will become a staple of their putter lineups from this point on. The Stroke Lab (SL) shaft is 40g lighter than tradition, coming in at 75g. In addition, that saved weight has been redistributed in the head (10g) and hands (30g via a lighter grip and 40g weight) creating not just a lighter setup, but essentially a back-weighted/counter-balanced sense of design. 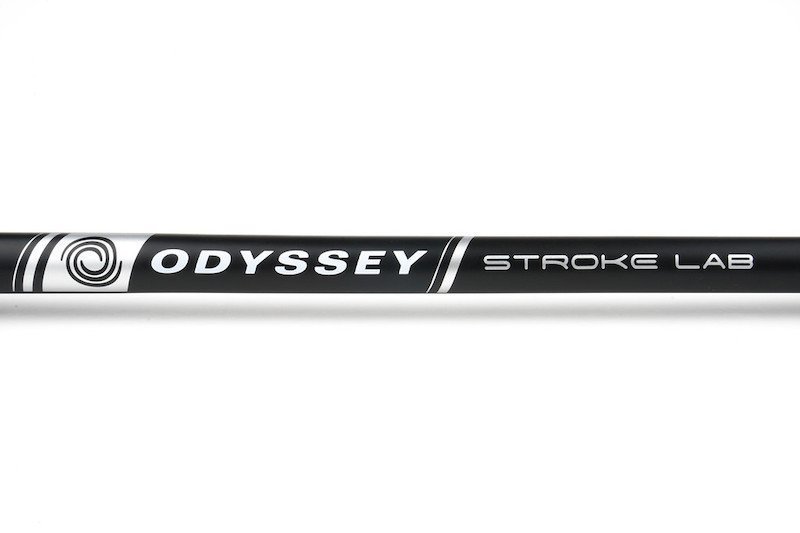 I can hear some of you going, “what’s so revolutionary about that?”, and I don’t have a life shifting answer for you. What I can tell you is that though the concept of moving weight to the head and hands is not new, the multi-material (graphite and steel) shaft and its 75g is revolutionary.  The kicker here is the overall weight stays the same, picking it up, it feels like a traditional putter, which is part of what has made it so initially successful in my opinion. The rest of the story is that the shaft is not just lighter, but also stiffer and lower torque which aids the stability even with the weight being put into the extremes. Speaking of that stability word, although they look similar, the Stroke Lab and BGT Stability shafts are verydifferent designs. Having reviewed both, there is a substantial weight and feel difference. Both are trying to accomplish similar results, but don’t let the looks fool you, they are not the same. 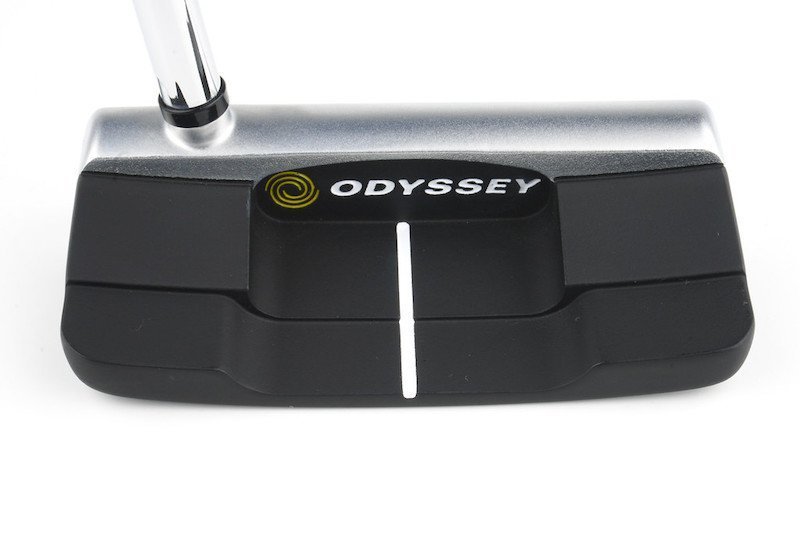 Now, to the meat and potatoes, how does the Stroke Lab Double Wide (DW) perform? The DW shape is exactly what I expected it to be, extremely balanced, a well-blended look, and although I am not a big fan of double bend setups, I was able to be comfortable enough behind the ball. The insert may be the most under-appreciated aspect of the whole SL lineup with so much focus on the shaft as they seem to have finally found a blend of the traits so many loved from the White Hot type insert and the new Microhinge system. The feedback is crisper than I expected and should be easier to acclimate to for milled putter users than some of the past inserts because of that. That said, the traditionalist White Hot crowd may initially find it more firm than they expect, but it isn’t extreme like with previous Microhinge designs. 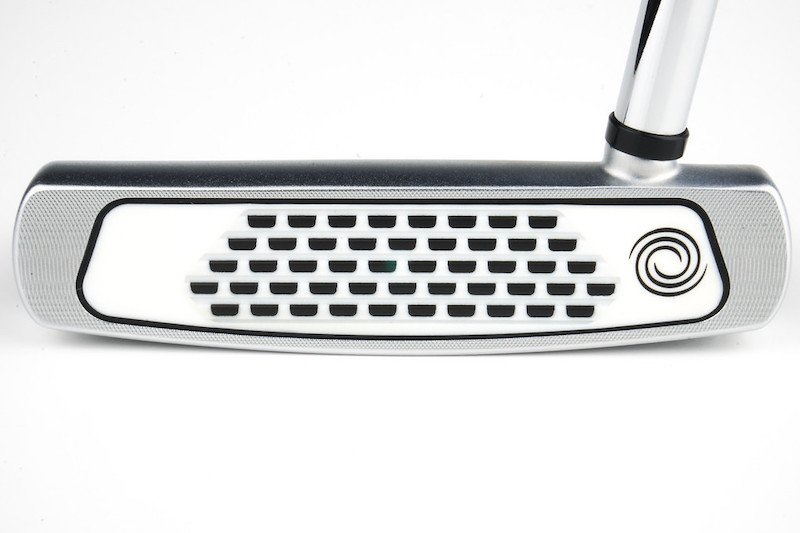 As to the actual performance of the Stroke Lab shaft, Odyssey claims improvements in backswing time, face angle, ball speed consistency, and general direction, which likely was recorded via high speed cameras or SAM Lab data. I don’t have access to those things, but what I do have is an insatiable love of putter designs and performance, it’s my wheelhouse if you will.  It is because of that, that I am pretty much flabbergasted at my lack of ability to truly describe the feel going on here other than I am absolutely certain that it works. On long putts, my pace and direction was more consistent than I could have imagined. Short putts, the putter/shaft setup really seemed to allow me to keep a balanced and smooth compact stroke. Honestly, I may not have the words to describe to you the feel of the SL, but I can tell you with certainty that for me it flat out performs. 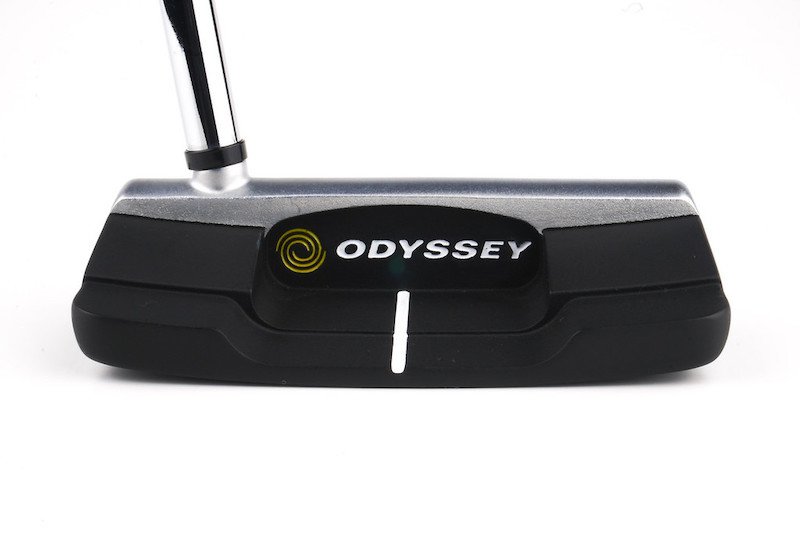 If there was one criticism I could have of the Stroke Lab Double Wide, it would be the on the shelf stock grips. I get that they are 65g (10g lighter than the past), and are critical to maintaining the design integrity of the SL setup, but in a day and age of premier aftermarket options being the norm (and Odyssey has done their fair share with SuperStroke over the years) the stock setup just left me wanting a bit. The key to that being that simply changing out the grip isn’t so simple considering the weight and balance has to be kept in check. In truth, it is a little thing, and one that I’m sure most won’t bat an eye at, but for me it was worth mentioning. For those looking to special order, have no fears, there is a plethora of grip options at your disposal and Odyssey will make sure the balance is kept proper for the optimization of the design.

All Odyssey does is put out products that perform, so it should be of no surprise that the Stroke Lab Double Wide was the same story. Aesthetically, the Stroke Lab lineup manages to rock the two-tone well, and kudos to the company for getting the finish quality right on this one. On the course, there is accuracy, consistency, and in this model a little more forgiveness which allows for a lot of confidence for the user. As it were, even with my inability to put the Stroke Lab feel into words, this is the beginning of something potentially special for Odyssey. For more information on the different Stroke Lab putters, you can visit Odyssey’s website www.callawaygolf.com.