2BFAST said:
Yup, by the bench behind me. Water bowl under the wash sink to the left of her
Click to expand...

That makes more sense
In my 2018 #TheGrandaddy THP Event Bag

Our little Stella had a vet appointment today. Bulldogs get very drooly when they're excited.
2019 #TheGrandaddy Participant

I finished my run and got off the treadmill to stretch and Arrow decided it was his turn to workout. Then he got tired and took a rest on top of the couch outside haha.

GolferGal said:
I finished my run and got off the treadmill to stretch and Arrow decided it was his turn to workout. Then he got tired and took a rest on top of the couch outside haha.

Then, after saying the other ones name to get her up because shes cant get up or out of bed on her own (shes almost 16) I see this....

the reaction from our rescue dog charles... lol

Back to shooting stress-free triple digits

Location
The armpit of America aka Northern Appalachia

Happy Halloween!! Before and after trick or treating. I had to carry her back home at the end.

It's been just over two months since we buried Bauer, and there are days I still expect him to greet me at the door after work. I came in from the backyard a bit ago and a pile of clothes on the floor in thre laundry room caught my eye. Took a second to realize it was just clothes.

This is Chewy and King Tut.
2019 The SWEEP presented by

every time someone came to the door.
Proud member of Team THP in the 2018 Granddaddy with

Thanks to PX and THP for an incredible Handcrafted Experience! 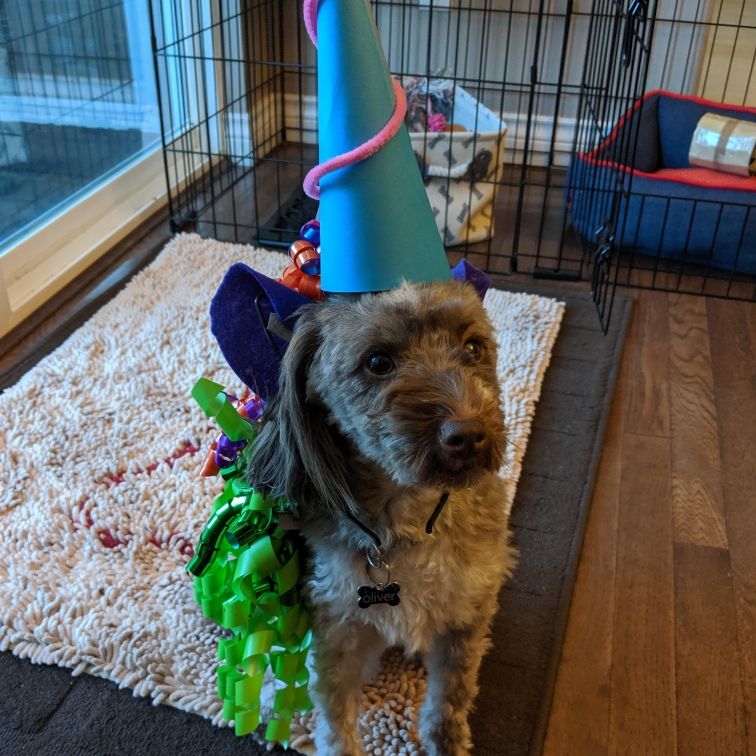 Just thinking about my previous dog today, this is Warner. My younger daughter and her roommates rescued him while in college in Chico, CA, then my wife and I inherited him when the girls graduated and went their separate ways. Warner quickly became my dog, which drove my daughter nuts when she came to visit, because as much as he loved her, he had his ways of letting her know that I was #1 to him.

The girls did a great job with him, as he was well trained and incredibly well behaved, he was a German Shepherd - Black Lab mix, and just one great dog. Warner developed some serious health issues when he was about 3-years old, shortly after we got him, and after a very stressful period of trying to diagnose the problem, we found that he had Addison's Disease. Addison's can be treated with medication and special care, but it is really hard on a dog, and shortens their lifespan significantly. Warner made it to 10 years old, this picture was taken right around his 10th birthday, probably 6 - 7 months before we had to let him go (about 3 years ago). He was one of the best dogs ever, and we sure do miss him. 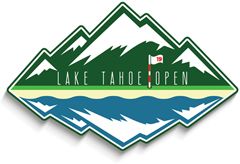 I picked this guy up two years ago on my birthday. Love this little man so much. 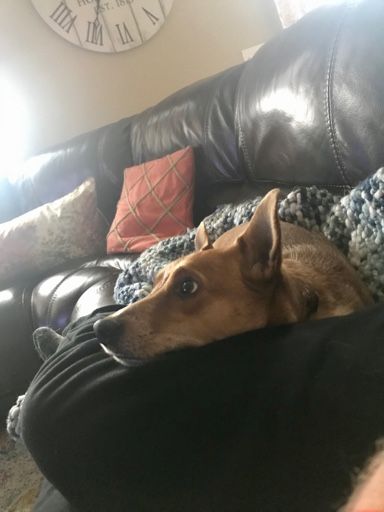 PKorf said:
I picked this guy up two years ago on my birthday. Love this little man so much.

Hope he howled Happy Birthday to you today!! Have a good one!!

I think my lil buddy was feeling a bit off, he usually only lays on me when he’s sick or hurt. Otherwise he’s acting normal, hopefully he just wanted cuddles.

In my Bridgestone Lightweight Stand Bag 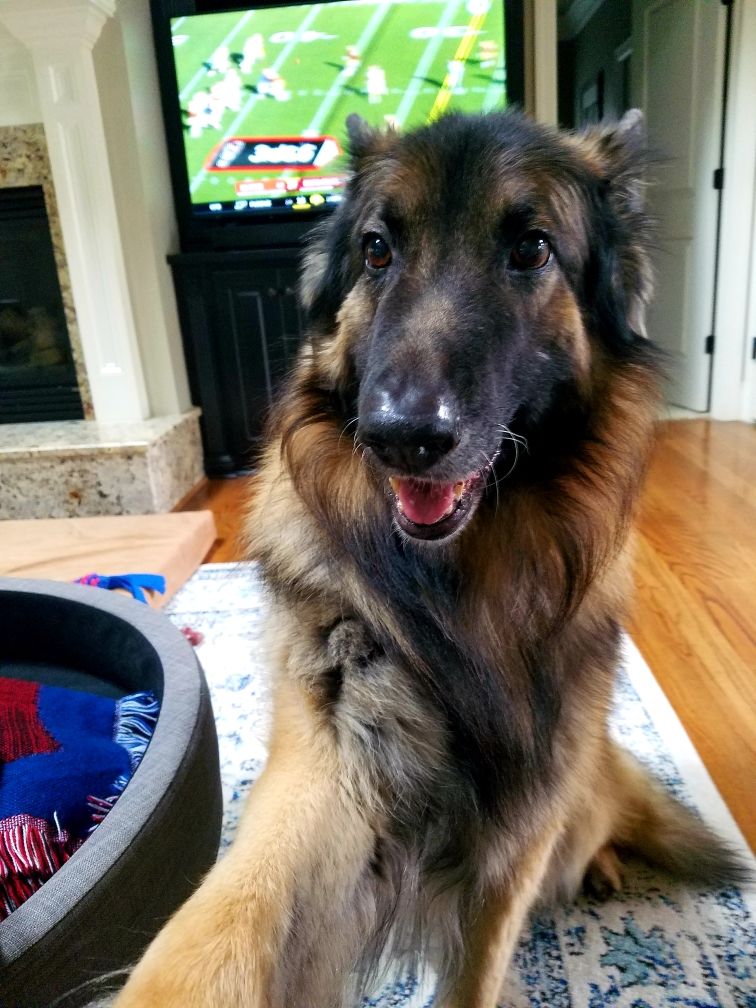 Be kind to someone today.

I'm almost crying watching that. An abused dog just looking for love and trusting the POS species that gave him so much pain. Dogs are amazing companions. I love them all, so much.
The Artist formerly known as skinsscalper

Working on limiting my GRRRS in regulation 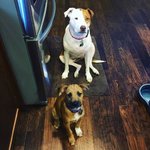 Shasta is a pit and simply the best dog I’ve ever had. When we got Sadie I thought Shasta would kill her. However she is just a very tolerant momma dog to the little one. The little one thinks she is the dominant dog.
Driver Ping G410
Callaway Epic Flash 3W
Apex 19 5-SW Elevate 95 Stiff Shafts
Cleveland RTX4 56 Mid
Cleveland RTX4 60 Mid
Odyssey Stroke Lab #1
Srixon Z Star

Trying to pressure me into feeding them dinner early.