In many industries, following up on success is one of the more daunting tasks out there. Is there a need to re-invent the wheel, or is it better to just make some refinements? When it comes to golf, having a piece of equipment that was so well liked, leaves consumers eager to see what is coming next. Fans of the Srixon Z 545 irons need to look no further, as the company has taken the wrapper off the newly introduced Z 565 irons. 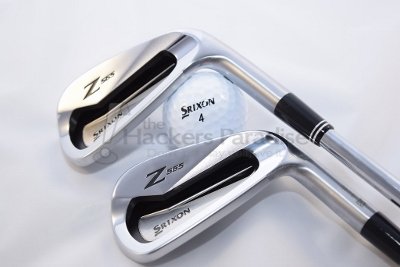 The Srixon Z 565 irons have made Srixon’s best iron performance even better. The Z 565 is a highly playable forged cavity back that promotes maximum distance and forgiveness.

The Z 565 irons look very similar to their predecessor. Srixon recognized that they had a very appealing iron design in the Z 545, so much so that doing a style overhaul was not needed. What they did do is produce an iron that added some refined technology to help benefit golfers everywhere. Before discussing what the performance was of these irons, it’s certainly worth noting what these advancements are. 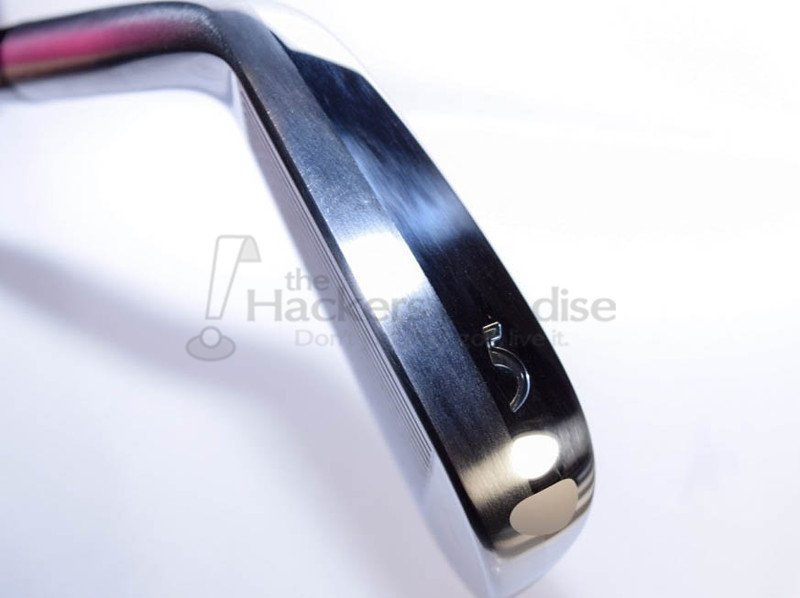 Standing at the technological forefront on the Z 565 irons, is the new and improved V.T. Sole. According to Srixon this modified sole design will help allow players to achieve Smoother Turf Performance. Now the big question is, what exactly is the V.T. Sole, and how is it going to benefit golfers worldwide?

The V.T. Sole has noticeable characteristics of having a keel in the middle of the sole. From the side view, it presents in the shape of a V.  Srixon has used older versions of this design in both the Z45 and Z55 iron lineup. The same principle applies, the sole allows for the higher, or positive bounce, to be pushed towards the face of the club, meanwhile the trailing edge receives relief which will help limit the amount of time the sole is interacting with the ground. One of the aspects about this sole that always seems to stand out, is that no matter what swing type the player has, the sole will help ensure more consistent contact as a pathway to increased accuracy. 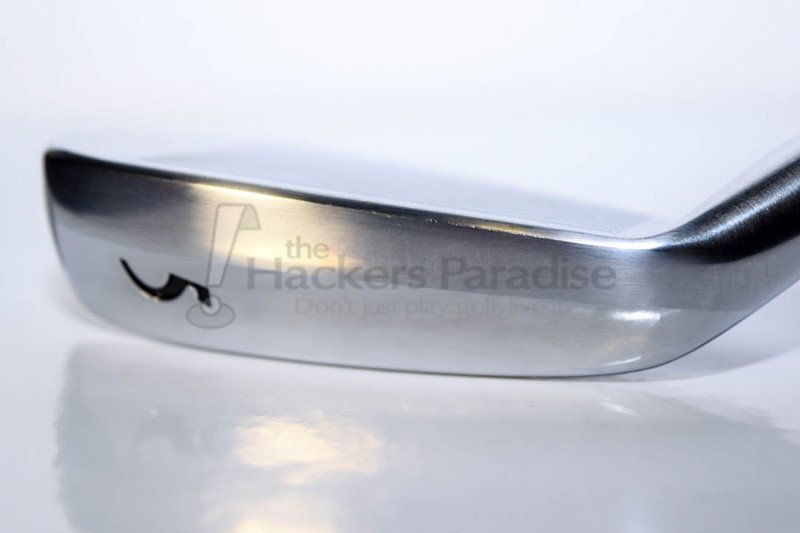 Srixon has also enlarged the grooves on these irons by making them 5% wider. Doing this will help golfers gain more spin control throughout the variable types of lies one will face. Very similar to what is talked about when speaking of wedges, the wider grooves will help displace objects such as grass, dirt, and water away from the ball in that moment right before contact. In conjunction with the larger grooves, Srixon has also utilized Double Laser Miling technology to help increase the amount of surface roughness. These two pieces of tech will help golfers generate more spin and gain more control over their golf ball. Between the sole and the groove design, the Z 565 irons really place an emphasis not just on yardages, but on having the right amount of distance, feel, and spin to help successfully navigate the course. 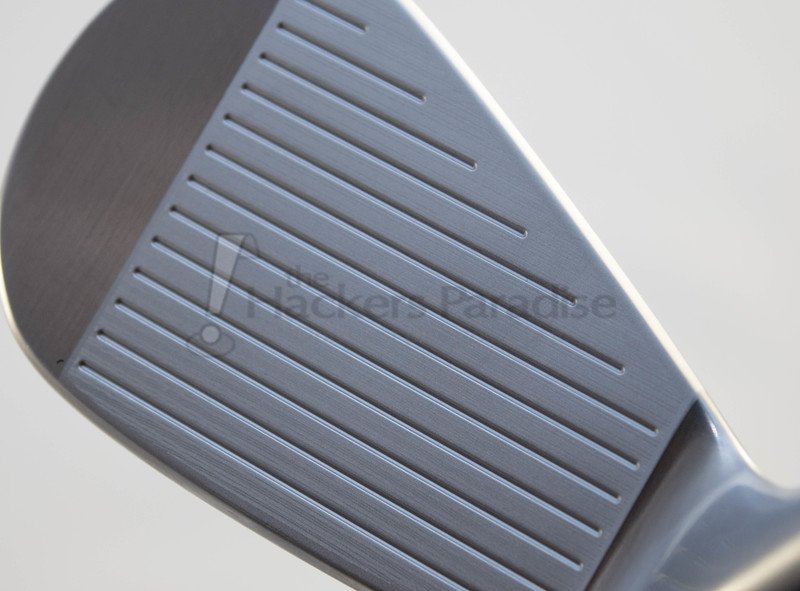 After being familiar with what this brand has produced over the last couple of years, the excitement level to take these out to the course was certainly high. The set received for this review consisted of 5-PW, with the stock Nippon shaft. 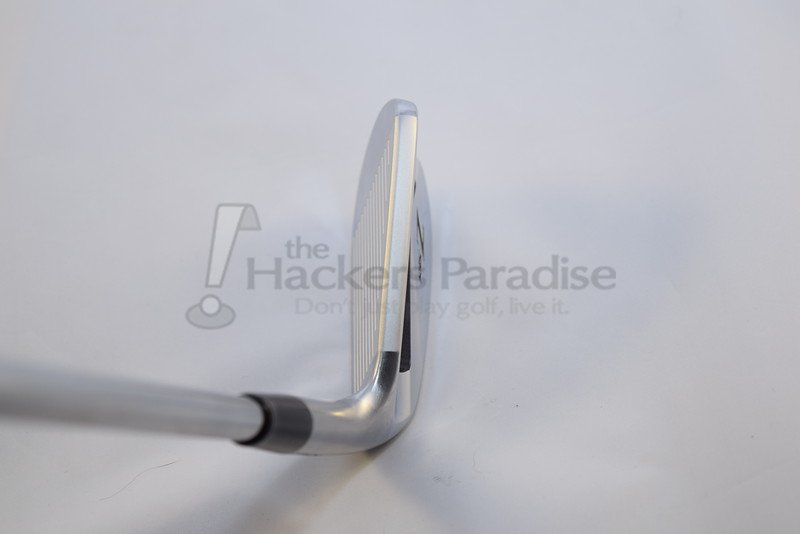 Immediately, when setting up to the golf ball the classic profile stands out. In an era with many different shapes and sizes of irons, Srixon has been able to keep that classic mid-sized iron look and make it both modern and attractive. The offset is what could be considered moderate, and the top line sits right at that point of being thin enough not to bother, but yet thick enough to help keep confidence high. Top it off with a shiny chrome finish which eases in to the satin grooved section of the face. The satin topline does a nice job of keeping the club to appear more on the slender side. 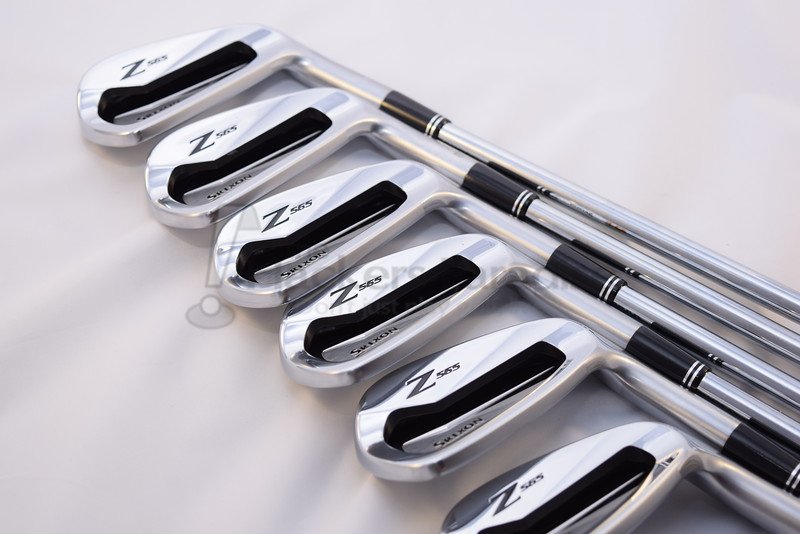 For some time now, one of the key messages pushed out by companies is that their irons are long. While Srixon tends to focus more on the V.T. Sole technology, it would not be crazy for them to talk about how far these irons can fly. Throughout testing, the SUP10 face insert proved to provide some very high ball speeds, helping to translate into strong distances. Comparing with some similarly lofted irons, the Z 565 produced shots that were in the same range to slightly exceeding those numbers.

Those times when contact is made away from the center of the face, these irons impressed with the amount of forgiveness they offer. For being a more compact overall design, one might think that forgiveness is not going to be relatively high. There will be other offerings on the market that provide a more maximum forgiveness, but those tend to come in a larger profiled head. A very strong impression was made with how much the ball kept up both on ball speed and flight path on balls hit low on the face. Shots that migrated out towards the toe section also produced above average results. 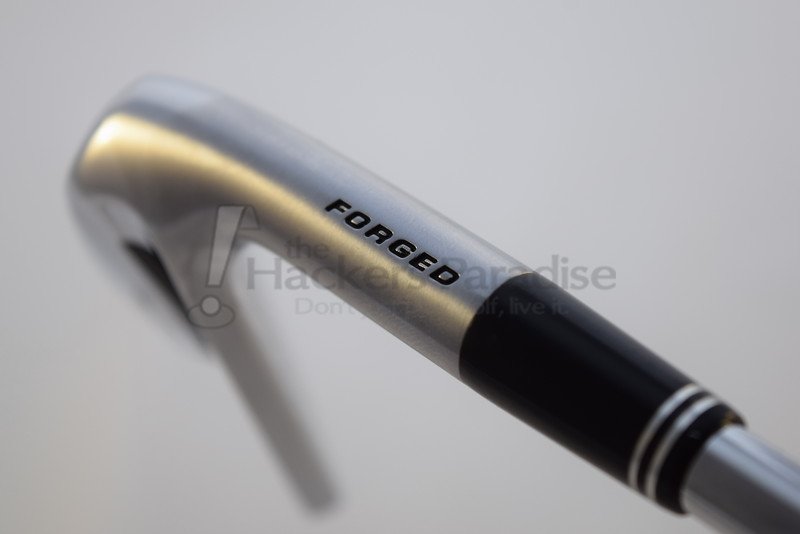 As was mentioned earlier, the crown jewel of Srixon’s iron lineup is the V.T. Sole design. When looking at the subtle changes that were made to the sole design, this version offered more trailing edge relief, as well as a more rounded toe and heel section. The performance part of all this translated to some really smooth and pleasant turf interaction. This sole works as advertised, but producing some shallow divots, even on the steepest of swings. By having the keel in the middle of the sole, it glides right through the turf, helping the club head get in and out of the grass with less effort. Being able to have a club design that will interact with the ground the way these do, certainly helps provide both more confidence and misses that tend to end up better than they should. 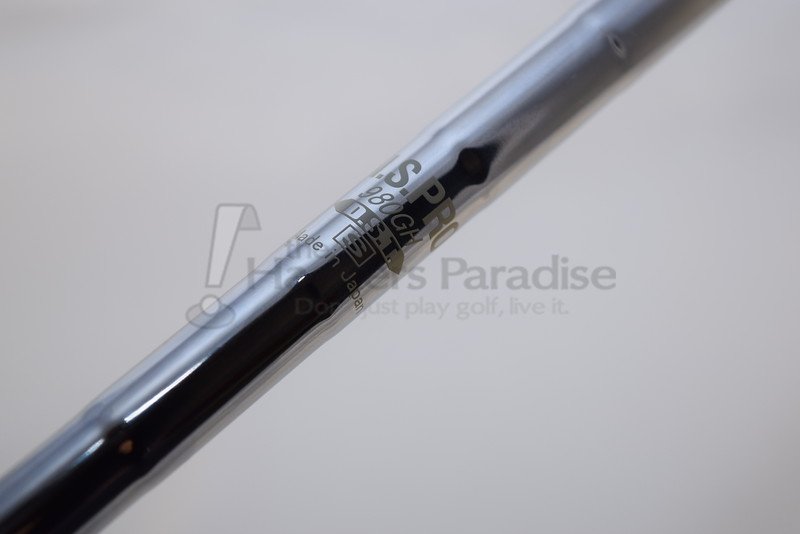 Another change from its predecessor is the selection of the stock shaft. Making a move from the Dynamic Gold shaft, the Z 565 irons are paired up wonderfully with the Nippon N.S. Pro 980 GH shafts. These iron shafts feature a higher balance point, which will help promote a bit more speed through contact. Paired with this head design, the combination leads to a mid-high ball flight. Being a mid-weight option will also help fit these clubs in to the hands of a plethora of golfers. While not in this review set, Srixon also offers Miyazaki Kaula shafts as a graphite option.

With the release of the Z 565 irons, Srixon has proven that they are up to the task of producing high performing, great looking irons year after year. Tweaks done to the sole design have yielded another set of irons that are an absolute pleasure to hit. The marketplace has really blossomed with iron offerings of this size, and that gives consumers some very nice options. Those consumers who want to play an iron that has a smaller profile, but yet yields strong performance in both distance and forgiveness, should keep the Z 565 irons high on the list. Unlike the previous irons, these irons are available in both right and left handed configurations. More information on the Z 565 irons and the rest of this year’s lineup can be found at www.srixon.com.