This year Srixon is releasing their Z lineup of clubs which contains two driver options, one of which is the new Z 765. According to Srixon this 445cc driver is aimed at “Powerful, accurate, launch for those with high swing speed”. THP was able to get the Z 765 in-hand for review in the 9.5° configuration paired with the new Miyazaki Kaula MIZU6 in stiff flex. 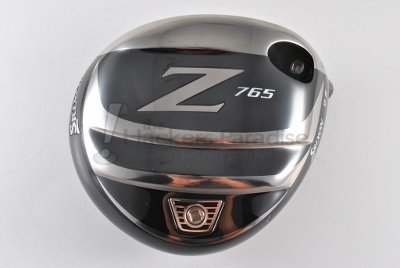 With the Z 765 driver, Srixon is putting emphasis on what it calls the “Ripple Effect”, essentially three technologies intent on working together to improve performance. Rather than simply following the typical review format, it makes more sense to also delve into explaining just what the technology is, and how it presented itself in terms of performance during review.

Srixon has added a stepped design to the sole of the drivers, which by letting the sole flex, should not just maintain the performance of shots low on the face but also laterally. Interestingly, this is a similar ideology that other companies have taken with their drivers, except the others are focusing on allowing the crown to flex at impact instead of the sole. Review time with the Z 765 confirmed that a miss low on the clubhead responded better than expected for a head with a profile like this. In fact, for this reviewer the low miss reacted better than the high miss as far as the ball speed numbers seen on launch monitor testing. Where the added benefit elsewhere on the face is concerned, it was difficult to gauge at times given the low spin and launch of the design.

Cup face technology isn’t a new thing, but it is something that can be particularly beneficial in clubs because of what it can do for ball speed generation and retention. By extending the face of the club around the crown/sole you end up with less rigidity at the edge of the clubface which increases the flexion and thus helps maintain ballspeeds on strikes outside of center. Testing showed that ball speeds did have a less significant drop-off than expected, but because of the size of the head (445cc) and the spin/launch profile it is the opinion of this reviewer that the cup-face will likely not have the same impact with the Z 765 as it will the Z 565 for average golfers, however, better and more consistent drivers of the golf ball (as far as strike location goes) will most certainly see an increased playability compared to the Z 765’s predecessor the 745.

This one is obviously self-explanatory at its root, what may not be though is just how important 4g of weight actually is in club design. By re-working the crown thickness and moving the saved weight lower in the head Srixon also dropped the center of gravity so that the spin of the Z 765 would be lower than its predecessor. Testing most definitely validated the decrease in spin compared to the 745, its nothing astronomical, but in a driver focused at the audience this one is, even a hundred RPM is a notable amount.

Aesthetically speaking the Z 765 follows the trend Srixon set forth in its last line, a visual design that doesn’t hang its hat on bells and whistles. From address you get a classic shape that with its deep metallic gloss black finish and smaller 445cc size that will appeal to even the most critical of eyes. Flipping the club over presents a sole devoid of color, instead it uses the contrast of polished chrome and black to get its point across, it has flash without being gaudy which should catch the eye of many in hand and on the shelf. Beyond that the club is finished out with an orange tinted Miyazaki shaft, Tour Velvet grip, and a vintage style headcover that, like the head itself, stands out in the right way. 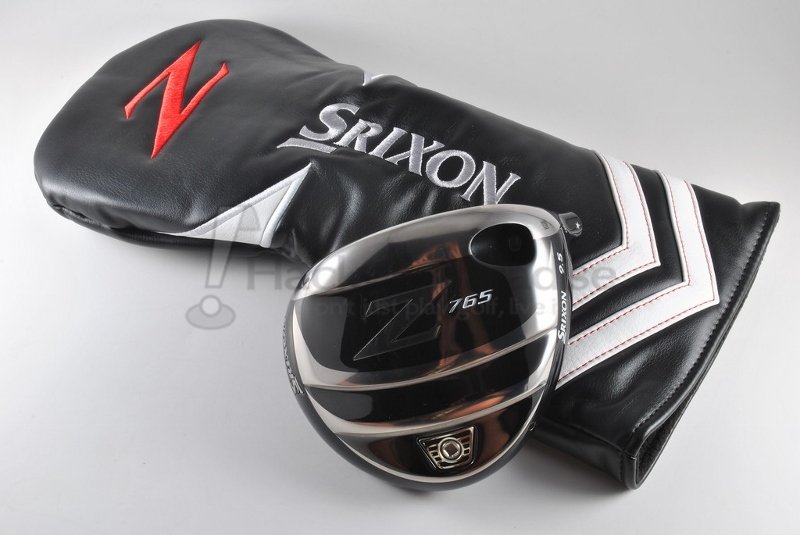 At impact the Z 765 has a more traditional sound/feel, there is a metallic undertone to it all, but it avoids being tinny or hollow. It’s a fairly traditional sound for a more traditional shape. Beyond center impact there is plenty of acoustic and tactile feedback to the user on misses, perhaps even more-so thanks to the 445cc size. This will undoubtedly appeal to the “stronger swingers” which Srixon is aiming the club at, as they are typically those who also seek ample feedback across the face. Even then, on extreme misses the head keeps a good stability and didn’t show a propensity to twist at impact which helps maintain the various feedback based on strike location. 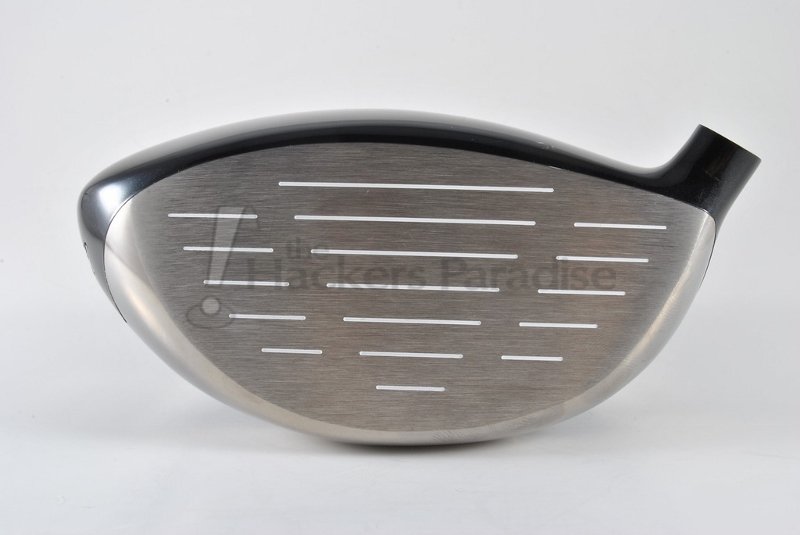 As previously mentioned, Srixon has been open about the Z 765 being the driver in their line more focused on fitting the needs of stronger swingers, which typically means lower launch and low spin. During review, time spent on the course as well as the launch monitor showed this to be true. For this reviewer launch angles were firmly in the low range and spin was constantly in the sub-to-low 2,000 RPM’s. Something to keep in mind with all of this is that all clubs fit people differently, it’s not the job or intent of this reviewer to give numbers that are meant to encapsulate all golfers, but rather provide a baseline of performance as to what category of launch/spin the head situates itself. 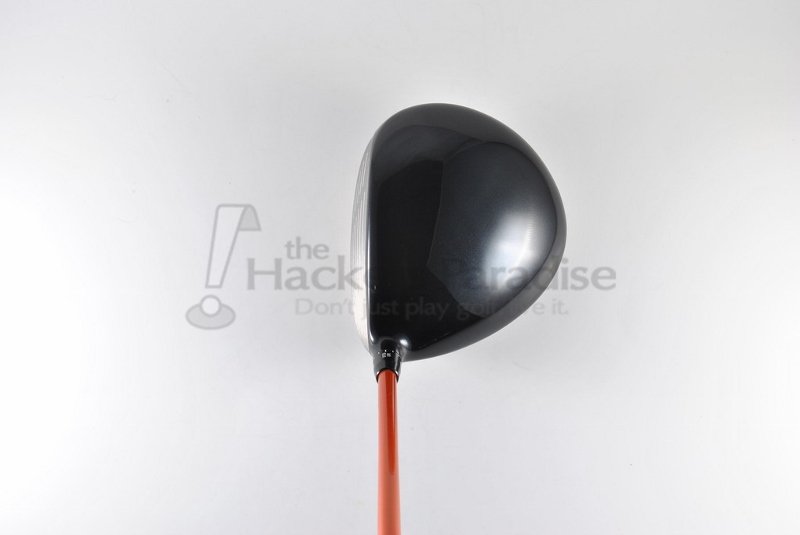 The Miyazaki Kuala in the Z 765 is 65g and reminds this reviewer a lot of the Miyazaki Blue of the past, a definite compliment. The shafts profile lends to the launch/flight seen during testing, but it also plays a key role in the less talked about D5 swing weight. The heavier swing-weight isn’t as noticeable as the D8 Srixon used in the 355 driver, but it is above the D3 we are used to seeing from driver releases. As a player with a quicker/more-aggressive tempo, the weight was welcome as it aided in feeling the club throughout the swing and setting at the transition. Thanks to the “QTS” Tuning Weights which have seven different options (3g to 15g with 9g as standard) the adjustability to fine tune the swing weight is available, the only question will be how easily the weights can be found/attained. Also part of the “QTS” adjustability system is the adjustable adapter which hasn’t changed from past releases, while it offers a lot of options, it will change the orientation of the shaft at address when used and can be quite overwhelming to adjust properly without the booklet. 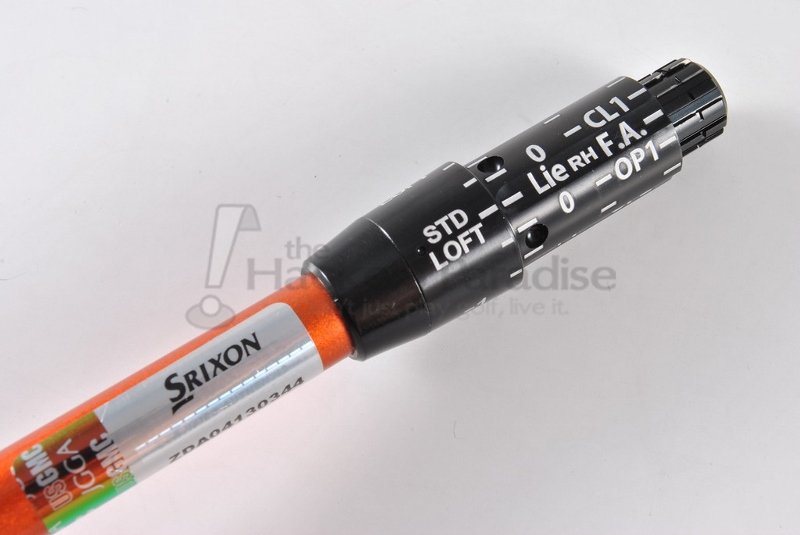 As previously stated, the Z 765 definitely lends itself to the more consistent swinger of the golf club as well as those who tend to need a low spin and lower launching setup. The ball speed generation and retention has improved from the previous iteration, but it is still a head where gear effect on misses laterally will show up to accentuate the miss on the outer portions of the face. With that said, misses low showed the best retention of ball speed serving as a pleasant surprise as well as validation to the “Power Wave Sole”.  Misses high on the face also fared decently, but even with the significantly increased MOI from the Z 745, lateral misses still saw the largest drop-off. All that said, in the hand of a consistent and powerful swinger the Z 765 showed impressive workability and distance that will likely compete with any other driver in the low-spin design range, as always the key will be fit however. 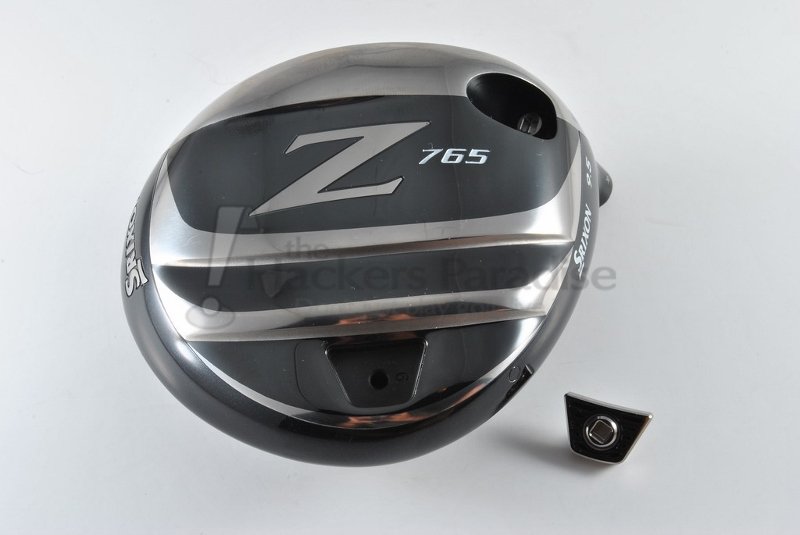 Srixon made clear with their last release cycle that they intended to be taken seriously in the performance of their clubs and the ability to offer options for different segments. With the Z 765 driver they sought to further improve on a design aimed at stronger and more consistent players who seek not only low spin to maximize distance, but the ability to work the ball as well. For what it is designed to do, it does it well, and though it isn’t likely to fit the larger portion of golfers, thanks to the Z 565 being in line as well, that is perfectly acceptable.

The Z 765 driver has a price point of $449.99, more information on it and the entirety of the new line will be available on www.Srixon.com.